I decided to create a twist to the banana bread that I used to eat as a child, and which is also relatively commonly eaten in the US, according to Geri, who passed me a recipe (which I later modified). The one i made is basically, as its name suggests, a pound cake in all aspects, with the addition of bananas and some pecan nuts.

1) Blend the peeled bananas and pecan nuts into a paste
2) Mix the cream and sugar in a mixing bowl till both ingredients are well integrated
3) Add in the flour cup by cup, and an egg after each cup to moisten the batter
4) Add in the banana-pecan paste and mix well
5) Pour batter into a well-greased mould and bake in oven at medium heat (180 deg cel) for around 40-50 min
6) Cool for 15 min after baking before removing from mould 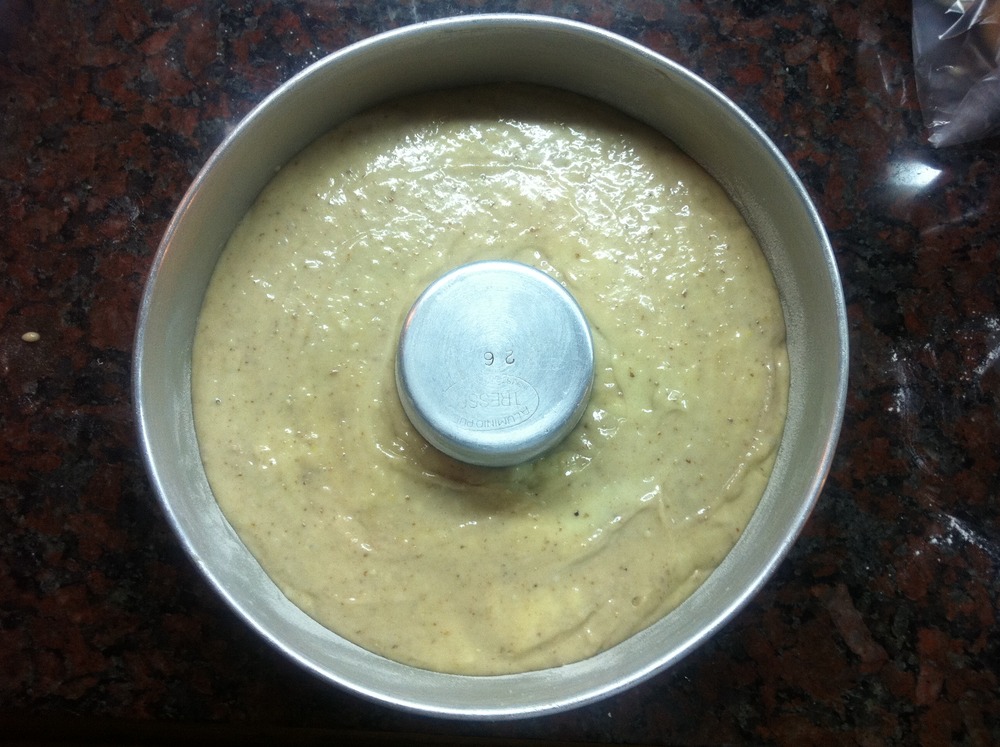 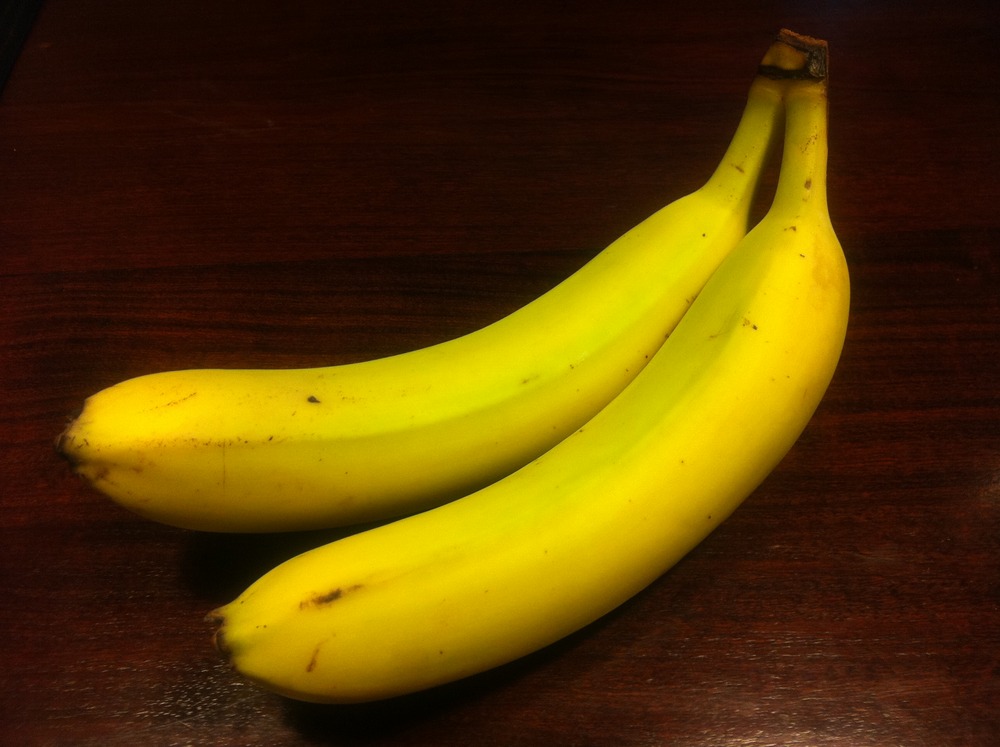 Fresh out of the oven; Juan had plucked off a piece to try, that explains the yellow part exposed 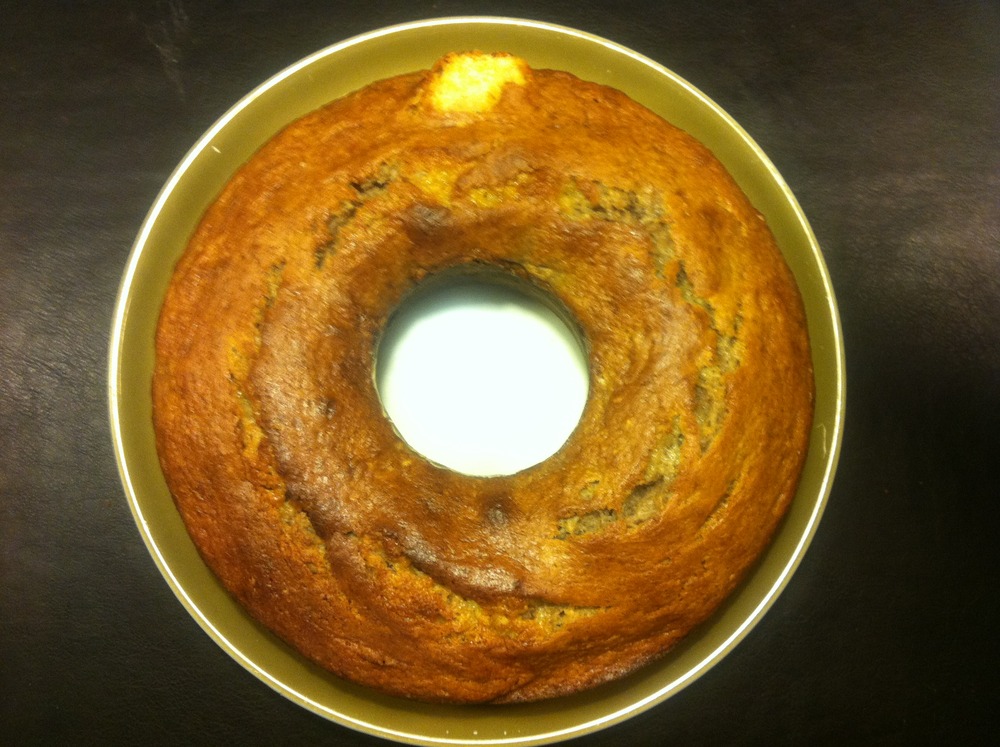 The textured inside of the cake: 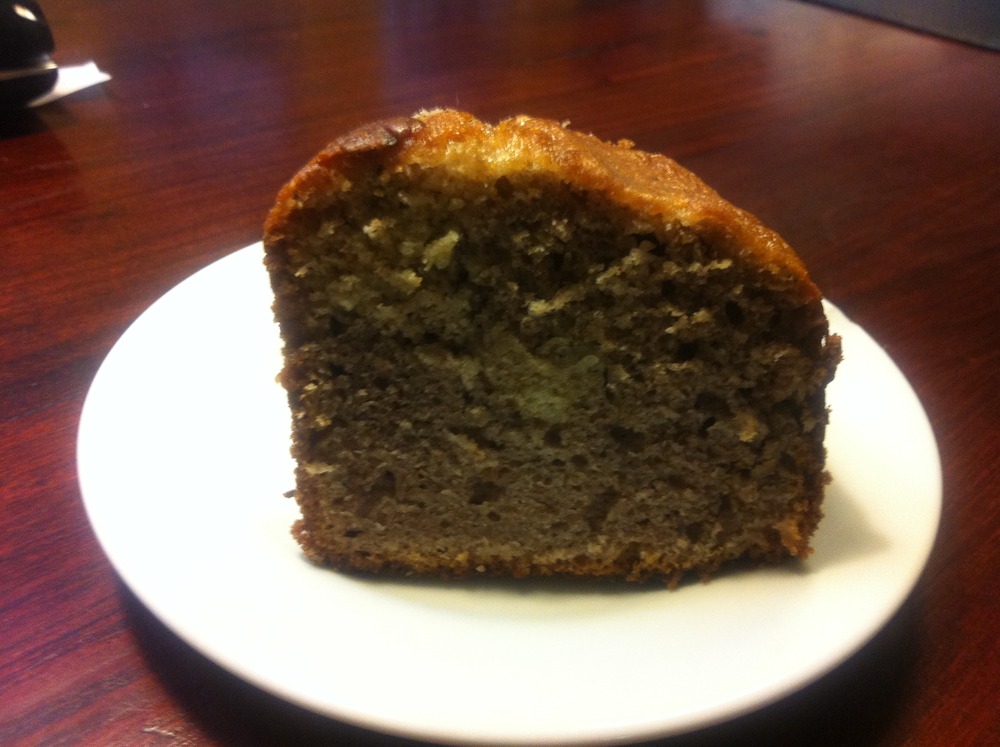 Another point of view: 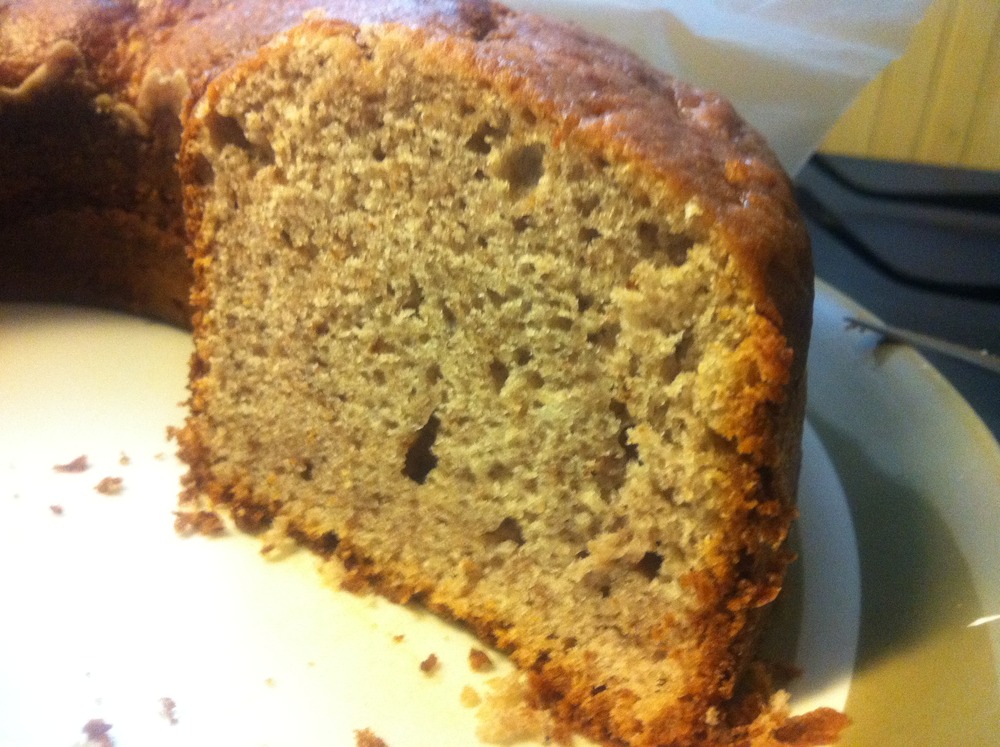