×
You are here: Home / My thoughts / I used to think food blogging was frivolous… And now I do it! 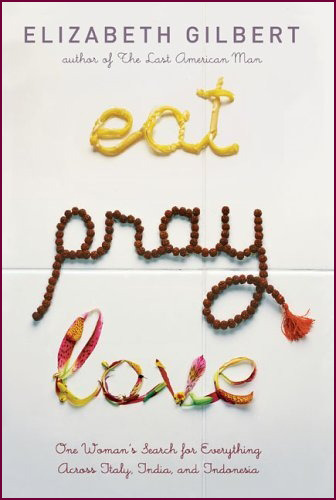 It’s been my favorite book since I first read it in 2010, and it remains so because every single time I re-read it (which is about 5 times so far), it never fails to make me laugh so hard. Ok, let me rephrase that. I think that among the three main parts of the book, the best part is the “EAT” part. Which, I suppose, isn’t exactly surprising since I have recently discovered a part of me that has fallen passionately, wonderfully, head-over-heels in love with cooking (and the eating is pretty good too).

For those of you who haven’t read this book, or don’t know what it’s about, it’s the basis of inspiration for the “Eat, Pray, Love” movie launched in 2010. Julia Roberts plays such a terrific role, that I can’t get the movie frames out of my mind. The book chronicles Gilbert’s one year sabbatical across the world to recuperate from her disastrous marriage which eventually ended in a divorce – she begins her journey in Rome, Italy, where she stays for four months, before moving to an Ashram in India to find inner peace and follow her Guru’s techniques, after which she moves to Bali, Indonesia, for the last 4 months of the year to spend time with the Medicine Man who asked her to teach him English.

My fifth (or sixth?) time reading the book has got me stuck with Gilbert in Italy. Gilbert has such a terrifically wicked and naturally ridiculous sense of humor that she transforms plain normal plates of pasta into the most desired dish on the planet. Her carefully chosen words paint the foods in the most glorious and magnificent colors, you imagine the red peppers she is describing as if they were in the palm of your hand, glistening under the golden sun. She appeals to your every sense, sight, touch, smell, and you can literally taste the warm, half-boiled eggs on her plate, or feel yourself craving for that third portion of pistachio-nut gelato she stuffs herself with at 9am on a beautifully cloudless Roman morning.

When she and her blond and pretty Swedish friend Sofie take a train ride to Naples for the day, to enjoy the rubbish-filled city which gave the world Pizza and Pasta, she describes in such excruciatingly minute detail the “thin and doughy” crust of the pizza from Pizzeria de Michele, and how the cheese oozes explosive flavors as it drips down in gooey shreds, I am screaming in my head, “GIVE ME SOME OF THAT PIZZA NOW!!” This is the extent of her ability to capture, highlight and turn what may seem like an ordinary meal into the most deliciously enticing fantasy.

It is so delightful reading her writing, I feel like a million sunbeams have decided to focus all their rays of happiness on me, illuminating my enlightened soul.

Reading about food is just so delightfully pleasurable.

Well, but let’s get back on track, don’t let me lose you among the Romans in Italy and their sinful balls of mozzarella cheese and olive-oil drizzled penne pasta.

The real reason of this post, other than to get you to finally read “Eat, Pray, Love” if you haven’t already, or to get you to re-read it as many times as I have, is to figure out how I have gotten from thinking that writing about food (i.e. food blogging) is just dreadfully frivolous, to becoming an avid, albeit very amateur and new food blogger.

I know we all need to eat to survive, and that for many, food is just the means to an end (i.e. survival). Food for them is something your body digests to get the sufficient calories for your brain and body to function normally. For many others, who decidedly made up their minds to stick to a diet, food is an awful, evil, temptation, sent as an obstacle to prevent them from reaching their dietary goals and beating those muffin tops or love handles.

I used to think that writing about food was frivolous.

The reason why I used to think that writing about food was frivolous was because I didn’t have any interest in cooking, nor the kitchen. Sure, lovely-photographed pictures of food always left me salivating for the dish, but nah, I never really thought about writing or capturing the essence of a dish or its individual ingredients.

Then the turning point came. Those of you who follow my “Cooking up a Storm, Dish by Dish” blog for a while may already know that I only really started cooking since March 2012 (with the inauguration of Pelusa Molina’s cooking classes). In fact, this blog only started in May 2012, when I decided to play with the idea of having a space to document and capture my learnings in the kitchen.

I first started posting simple recipes on this site, just ingredients and steps and maybe a photo or two. Then I went further and decided to document most of the cooking process so that readers who are as clueless as I used to be in the kitchen could easily follow the instructions.

Not too long ago, I started featuring certain desserts and snacks which invoked very beautiful memories of my childhood. These featured dishes reminded me of the snug, comfy feeling of being surrounded by my family, where once upon a time, I was a little girl with no worries in the world.  This sparked a fire in me to start writing about the tremendously positive effect these desserts or snacks have had on me and my childhood memories, and from there I experienced such a deep inspiration and necessity to describe and paint their beauty in words.

Since I was about 10 years old, I discovered the innocent pleasure of writing. My first inspiration was Tom Iley from my Morris Allen tuition center, and not long after, Ms Vanessa, who always encouraged me to write and to never lose that interest. I decided I wanted to be a writer, but someone rained hard on my parade by asking me “What can you write about?” in such a unbelieving, cynical way that I believe put on hold whatever dreams I had about writing.

It’s been a long time since I actually dedicated time to writing, and this time, I’m not letting go. Food and writing go pretty well hand-in-hand and if writing can convey why someone should try to make the Tiramisu, or apple chips, or just Shah’s fried rice, so be it.

For me, WRITING ABOUT FOOD IS BEAUTIFUL, and A GREAT WAY TO PRACTICE MY WRITING. 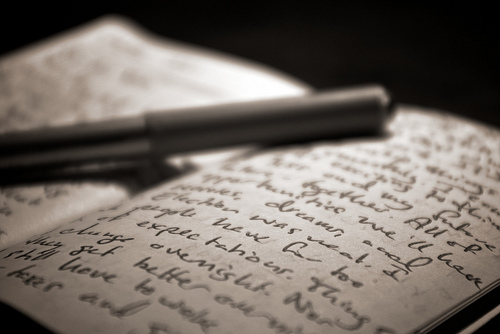