Growing up in 1990s’ culturally-evolving Singapore, my gastronomical world was just beginning to expand.

With a new flood of immigrants and expats settling in our young nation, the food scene was changing rapidly. Instead of having just Singaporean local dishes (which were usually a mix of Chinese, Indian, Malay and Eurasian foods), Singaporeans were suddenly exposed to a wide variety of cuisines, including Japanese,  Korean, German, Italian, and American dishes.

Up till my teenage years, my taste buds had been accustomed to and had always taken comfort in Chinese food.

My great grandparents had immigrated to Singapore from Fujian Province and Hainan Province in China, and my Chinese ancestry took pride in their famous dishes, such as Hainanese chicken rice and Hokkien noodles, along with a variety of other common Chinese dishes. My food palate had been sitting safely in its comfort zone, until this outburst of new foreign cuisines invaded Singapore.

The two people responsible for my sudden exposure to foods from other cultures were my Uncle Eric and Aunty Adeline.

Aunty Adeline, my father’s sister, and her husband Uncle Eric, were widely travelled, and had a natural gift for sourcing out great restaurants. They were pioneer “foodies” – if such a word even existed then.

Most people eat to live, but Aunty Adeline and Uncle Eric live to eat. And while they love local food, what makes them different is that they are constantly sourcing out new diners to eat at, asking for tips on the latest food hunt, never conforming to just the same old dishes.

The extent of their love for food, particularly Uncle Eric’s, was best epitomized during our trip to Tokyo, where he made us spend two whole hours scouring for a good ramen store, despite us being hungry and freezing in the chilling winter cold.

Going out to dinner or lunch with Uncle Eric and Aunty Adeline was always an adventure.

We were inevitably in for some sort of a surprise – never really knowing what cuisine or restaurant they would dare us to try. They were the ones who introduced us to Japanese foods, such as Yakitori, Sushi, and Sashimi. They took us to Angus Steakhouse to try beef steaks – an expensive rarity in my teenage years. And then along the way, we explored Western foods like Italian pasta, American burgers, and British fish and chips – with some turtle soup and pig organs soup in between.

On our family travels the experiences were even more exciting.

Just how exciting, you ask? Be prepared.

We’ve tried beef armpits and raw octopus in Japan. Pork rib soup in Malaysia. Sea urchin and geoduck in Hong Kong. There was always something newer and more exotic to try. (I’m starting to feel like we’re starring on an episode of Bizzare Foods with Andrew Zimmerman!)

So it probably doesn’t surprise you that my first experience with liver pâté was also with them.

I can’t remember exactly when and where we tried it, but I remember Uncle Eric telling us that this liver pâté was delicious, mashed liver (somehow I was skeptical and couldn’t imagine how mashed livers could be remotely delicious).

But Uncle Eric’s recommendations have mostly been good, if not spectacular.

So I spread this mashed liver paste on a piece of bread and ate it bravely – and floated to heaven. I remember it was full of flavor, tasty without tasting like how I imagined liver to be.

And it was expensive, too.

From then on, I had the idea that pâté was for the more refined palates and deeper pockets, a dish that was not easily attainable because of its high price tag.

But then..I realized how wrong I was, when I googled a pâté recipe online.

I found it incredulous that a dish whose ingredients were cheap and was easy to make was sold for expensive prices in fine restaurants.

According to Wikipedia, pâté is essentially a mixture of cooked ground meat and fat minced into a spreadable paste. The more popularly known recipes include either beef, chicken or goose liver. Common additions also include vegetables, herbs, spices, and either wine or cognac, armagnac or brandy. Pâté can be served either hot or cold, but it is considered to develop its fullest flavor after a few days of chilling.

Ingredients are common, easily found, and not expensive at all! 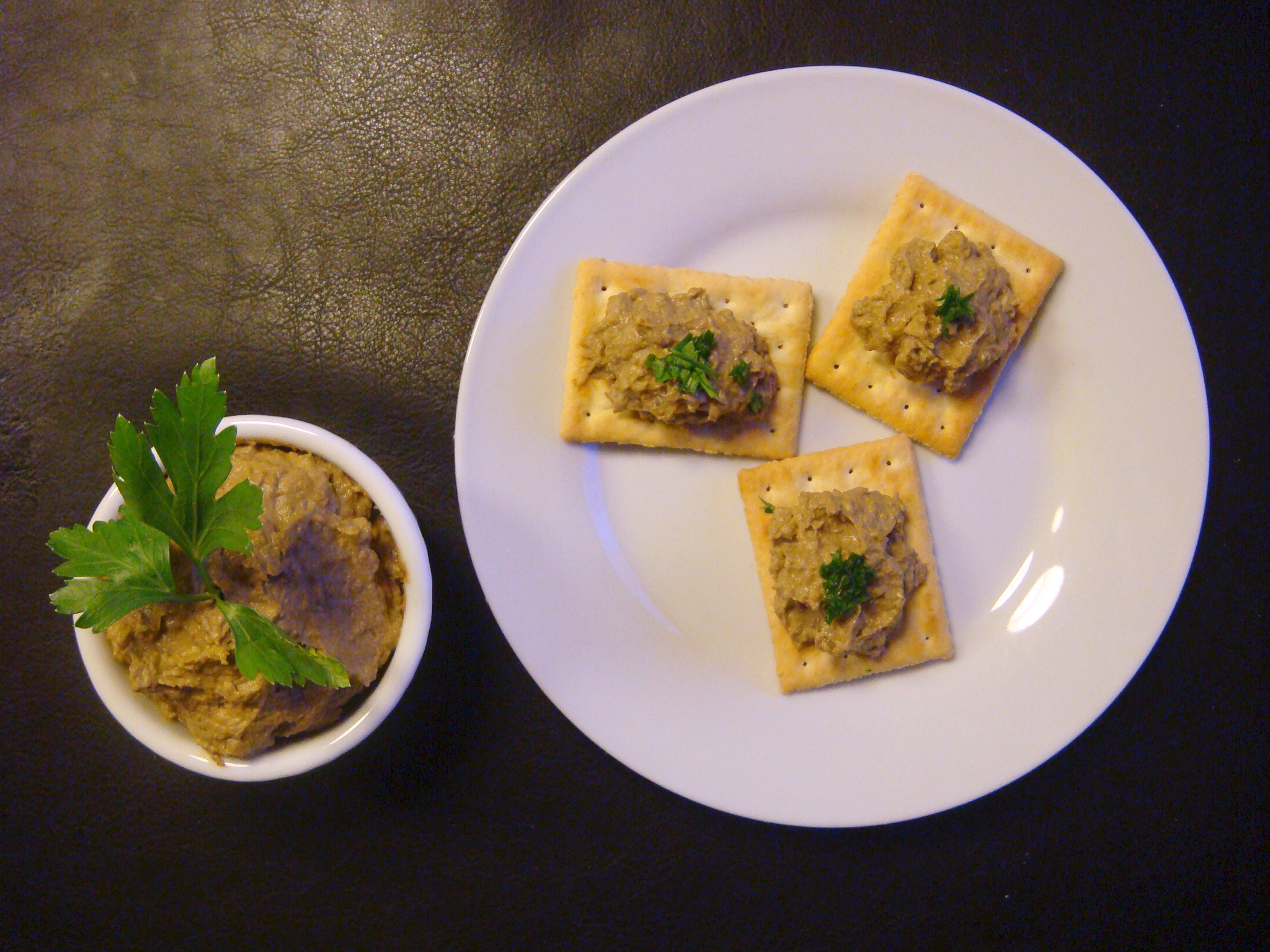 Beef liver pâté with crackers and a hint of parsley

I’m still bewildered. And if you thought the same as me, that pâté was only for special occasions and when you can afford it, I’m so glad to tell you that you’re wrong. 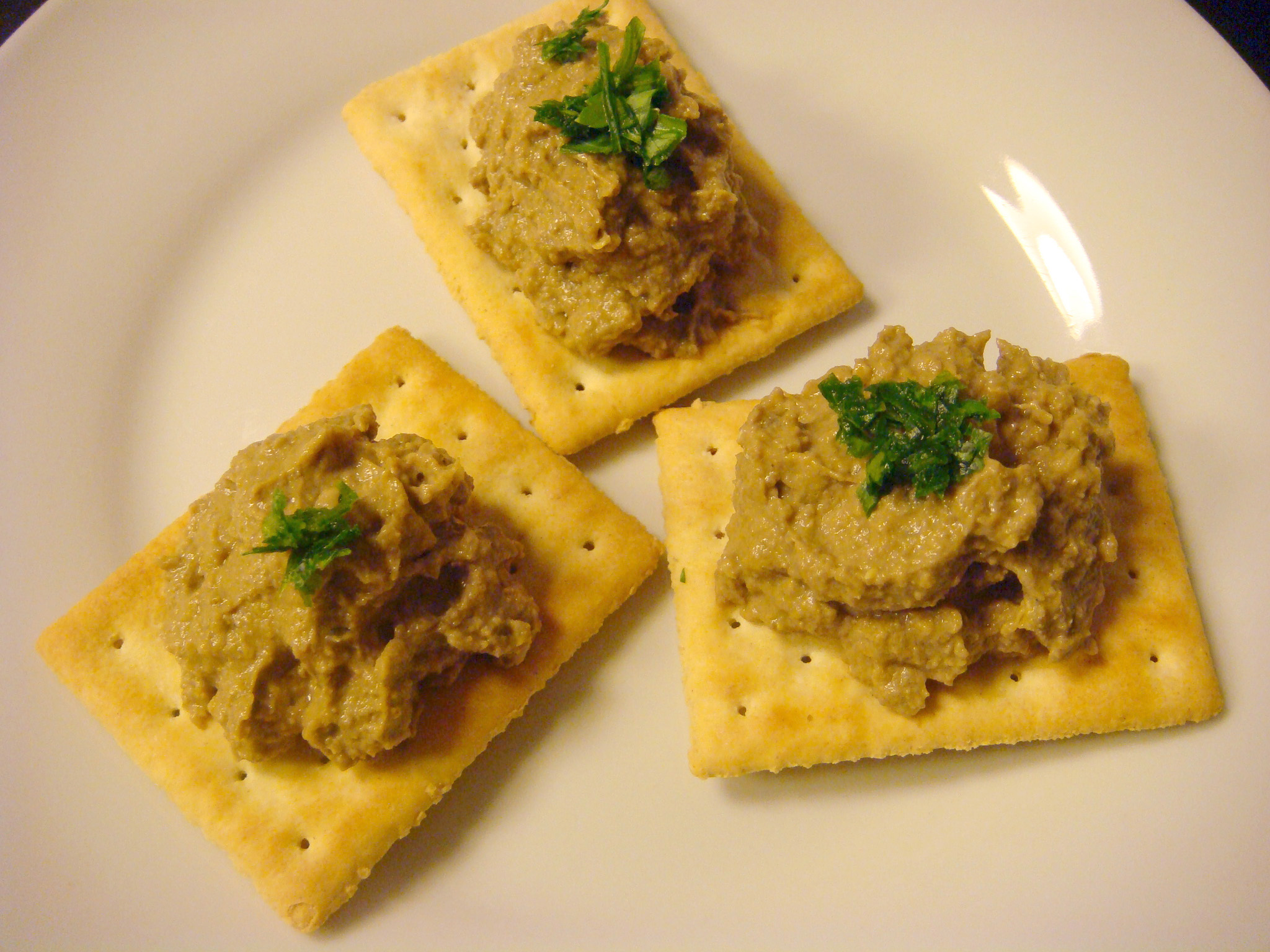 Here’s how you can make them too. 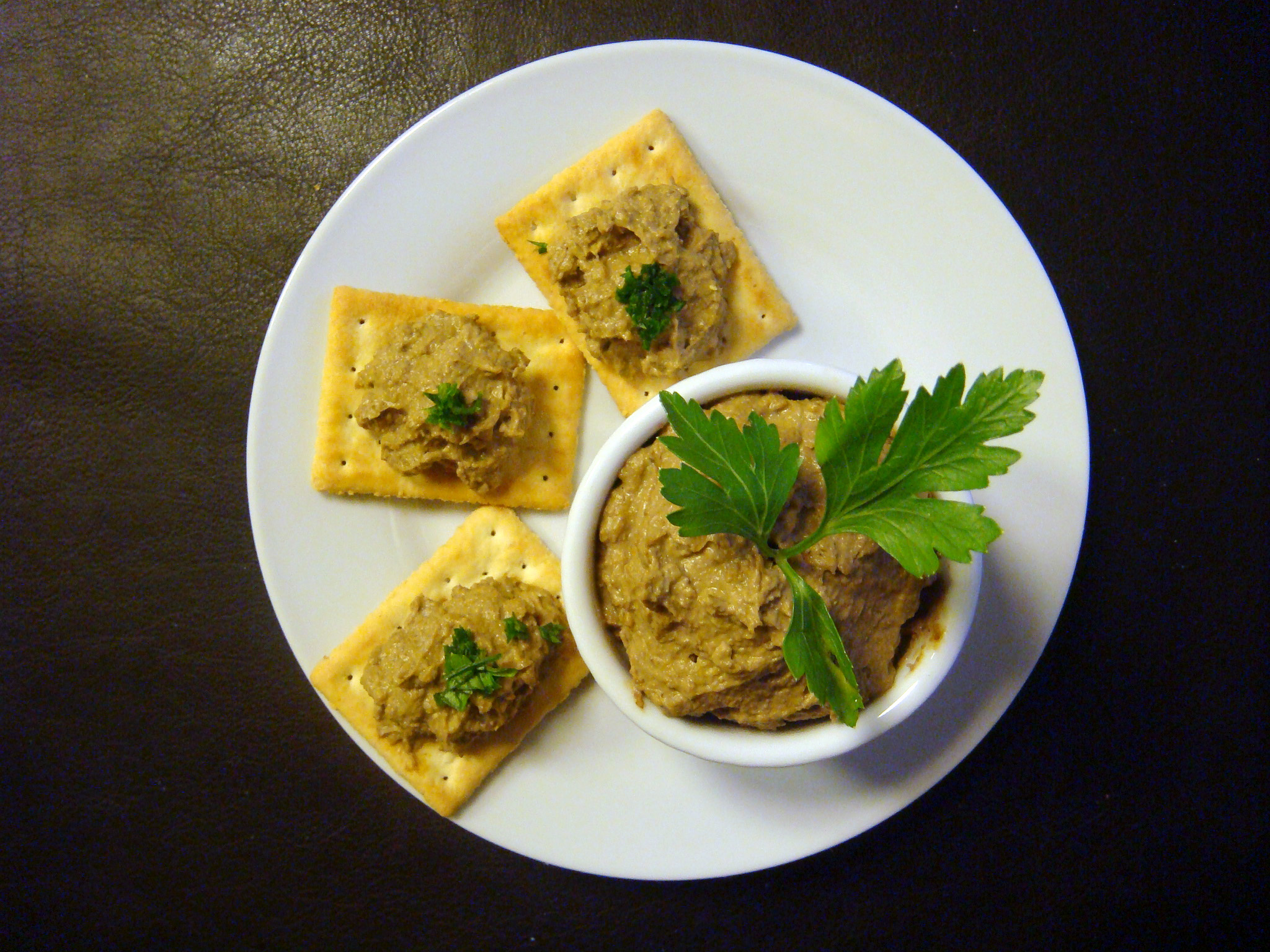 Make your own beef liver pâté!

1) Chop onions and garlic
2) Cut beef livers into small cube-sized pieces
3) Melt 100g of butter in a pan over medium heat
4) Saute chopped onions until softened but are still white in colour
5) Add garlic and chopped livers, frying livers until browned all over and cooked throughout
6) Add in white wine and mustard powder, and salt & pepper
7) Process liver mixture and 50g of remaining butter to get a smooth blended mixture
8) Add salt and pepper to taste
9) Transfer pâté into a serving ramekin or small bowl/dish
10) Chill in the fridge for a few hours (note that pâté generally tastes better after a few days)
11) Serve with crackers, garnishing with chopped parsley 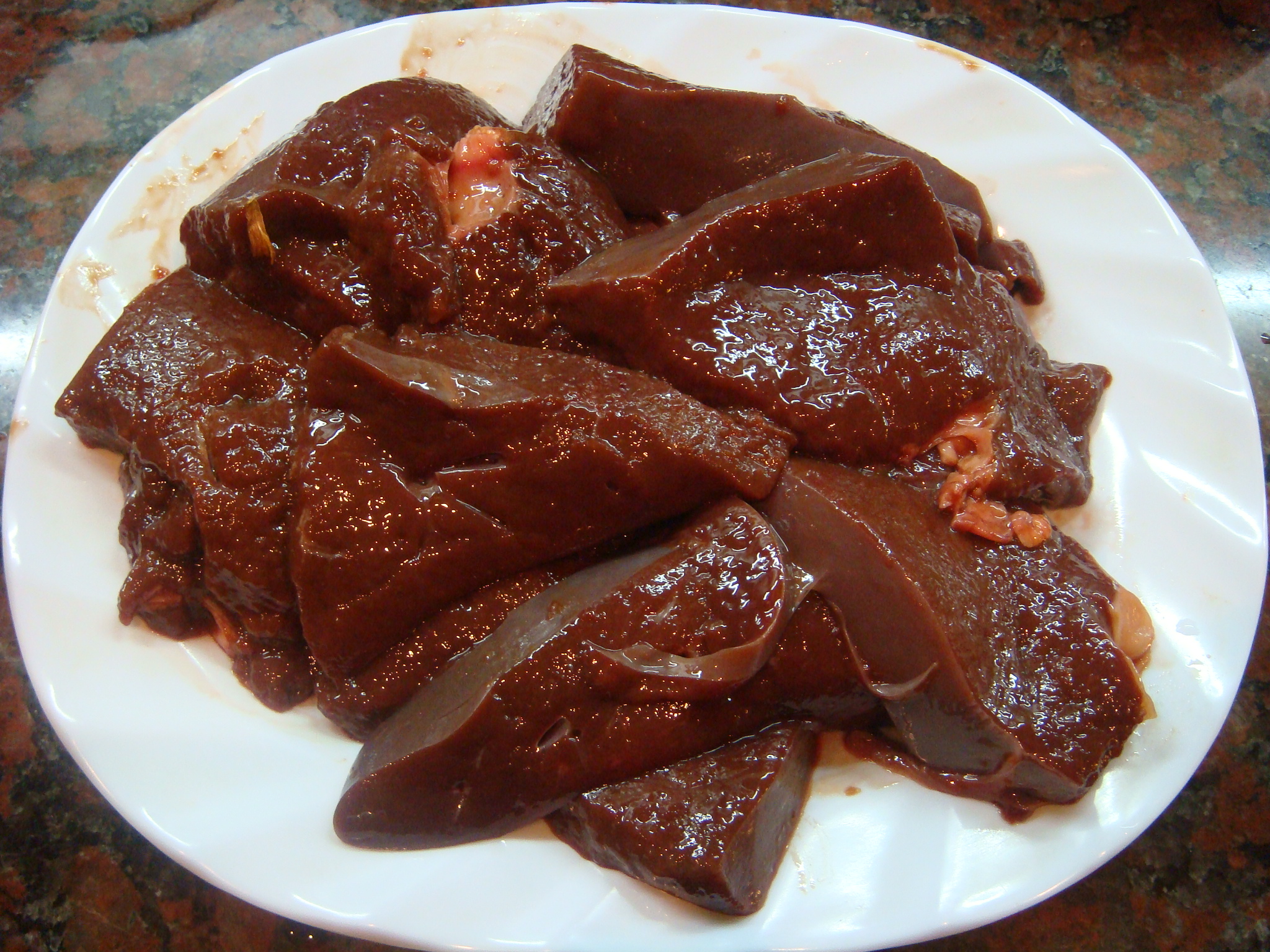 Melt 100g of butter in a pan over medium heat: 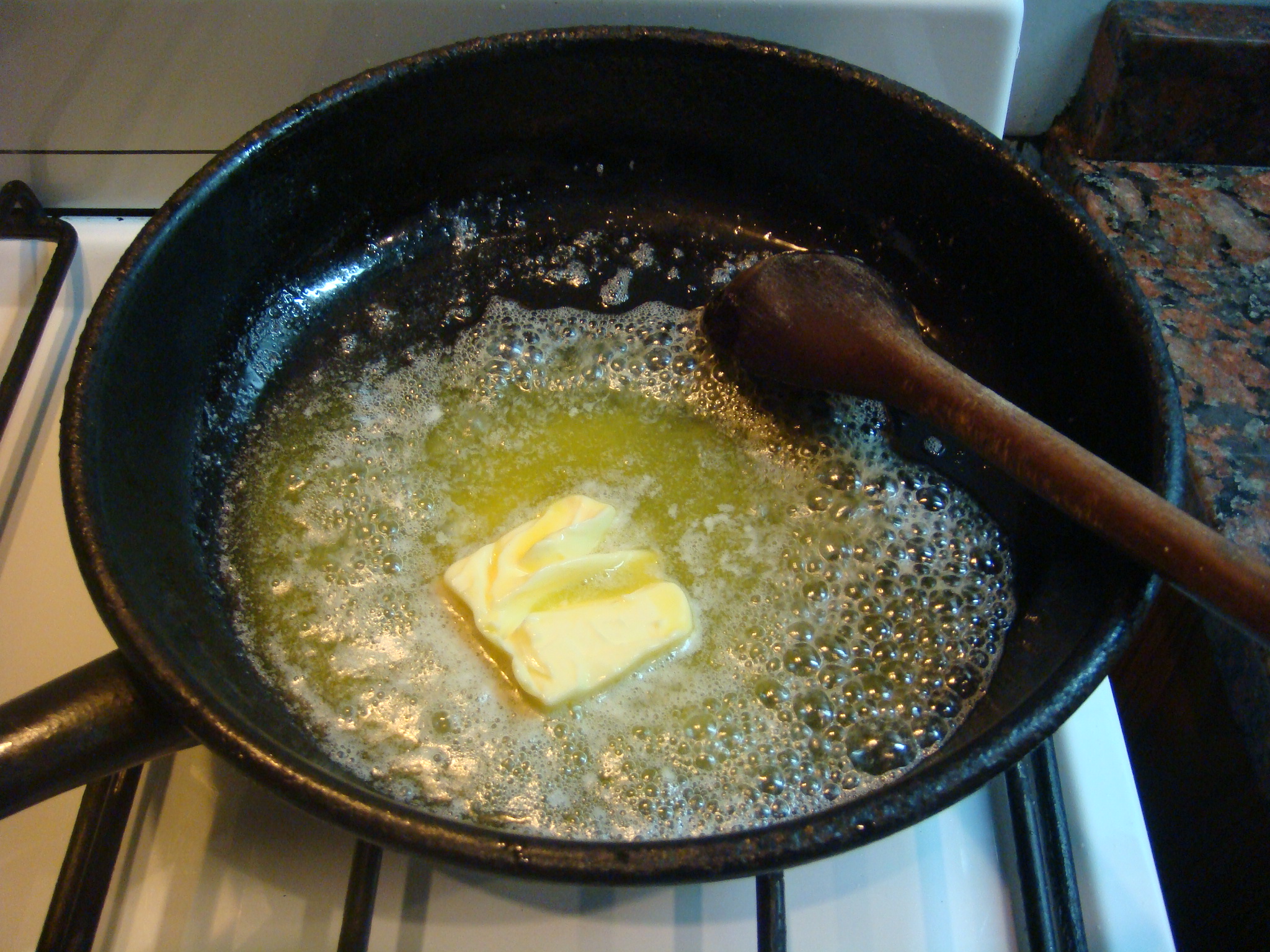 Saute chopped onions until softened but are still white in colour: 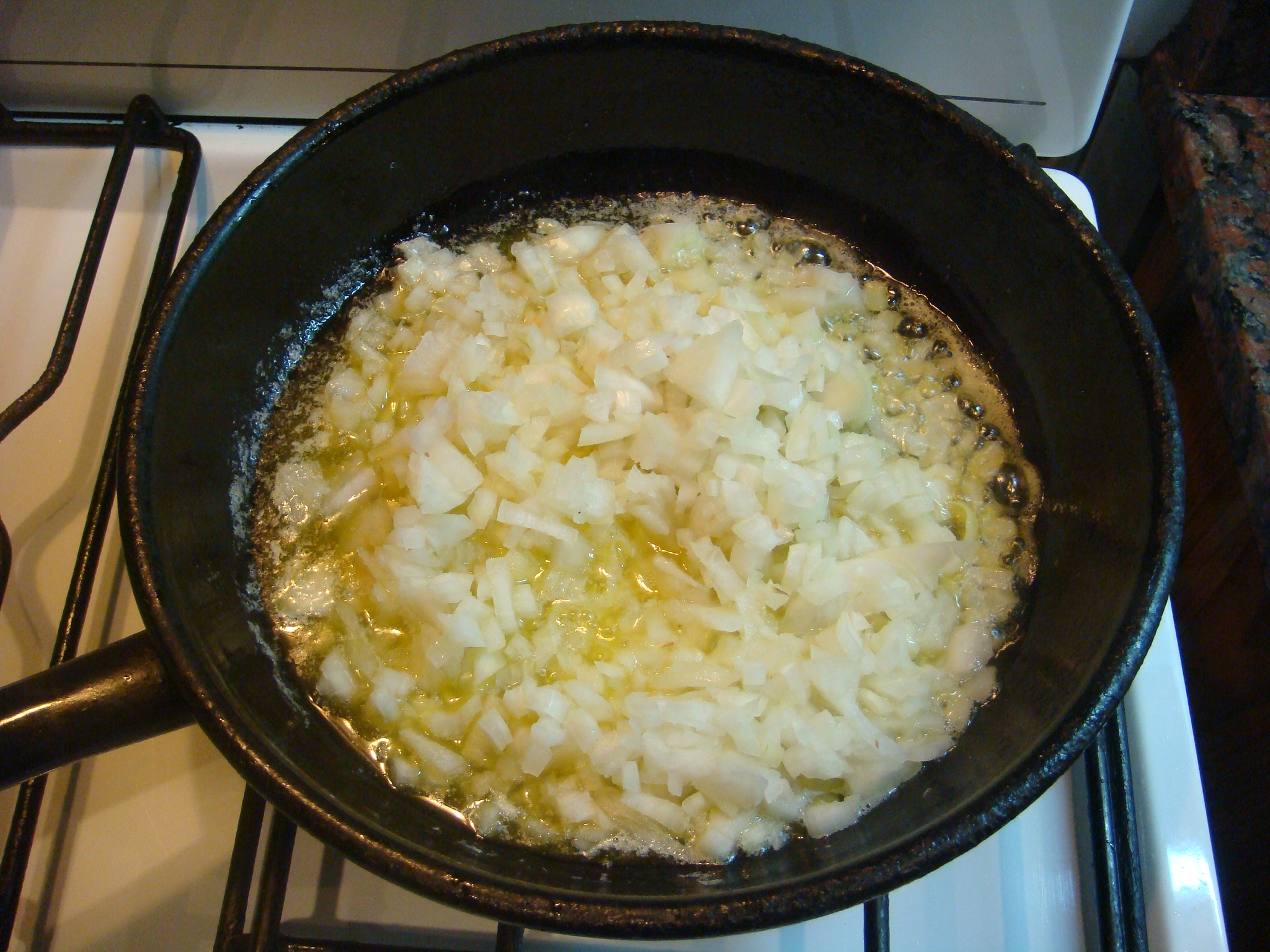 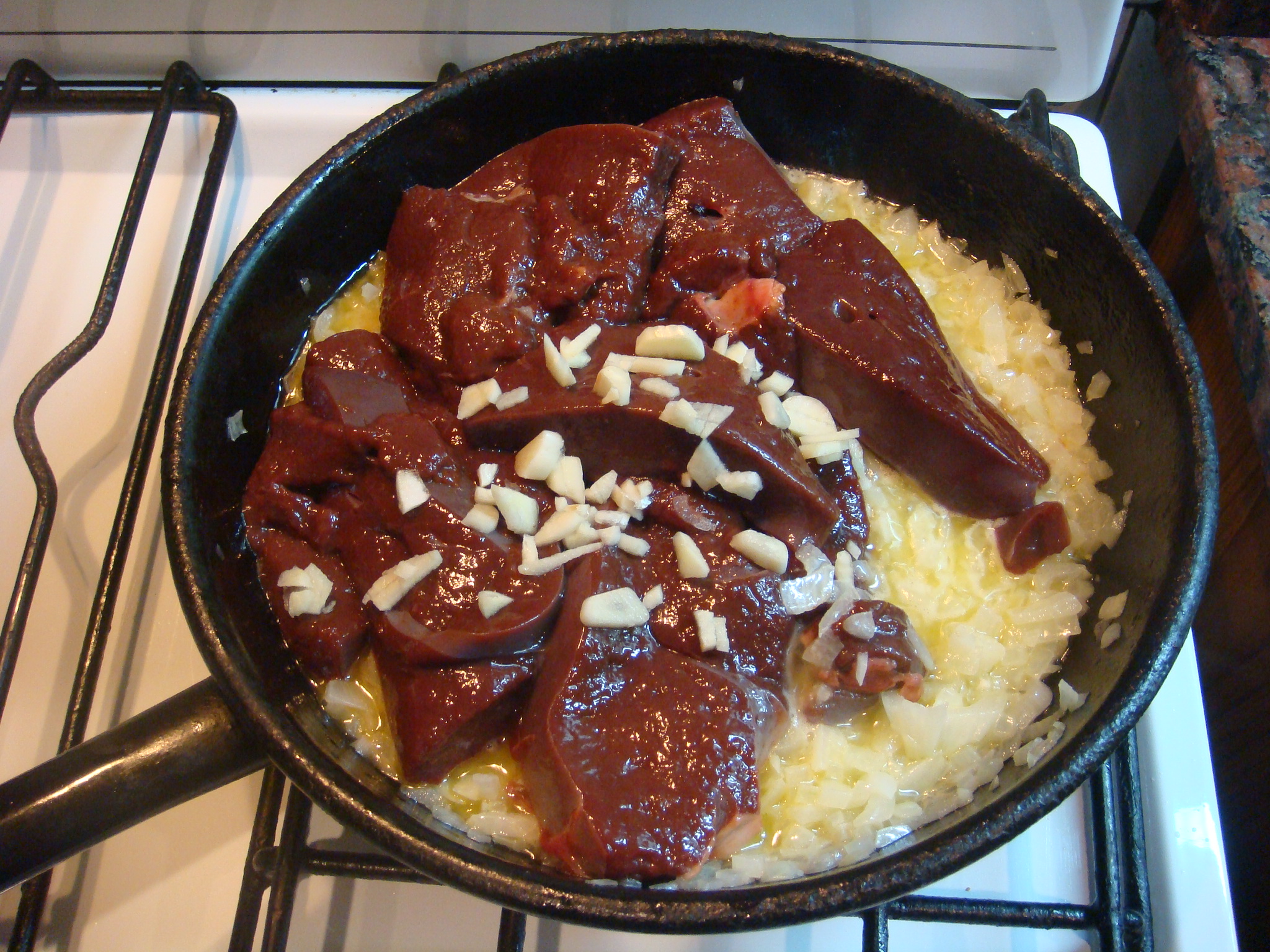 Until browned all over and cooked throughout and add powder mustard and wine: 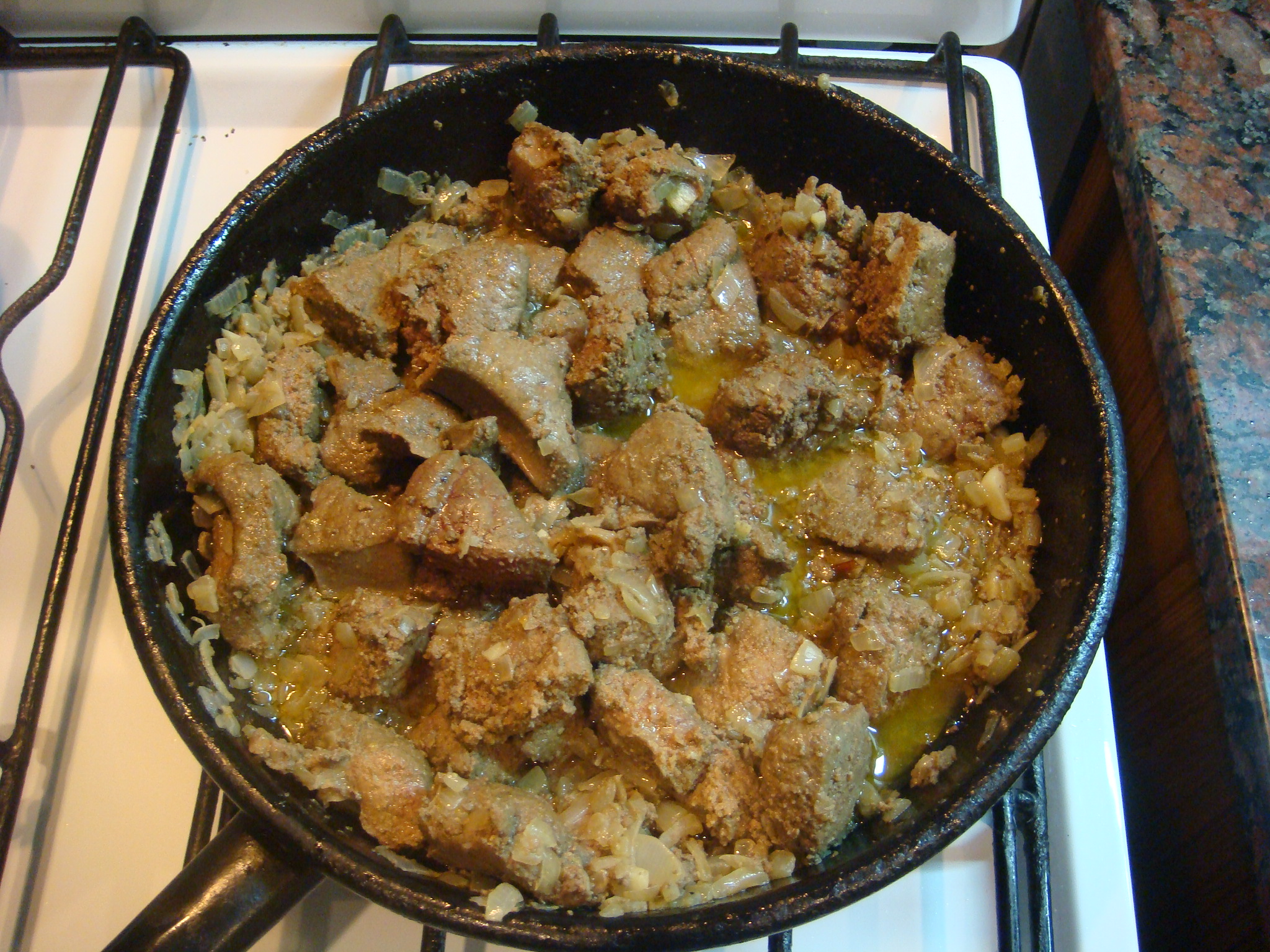 Process liver mixture and 50g of remaining butter to get a smooth blended mixture: 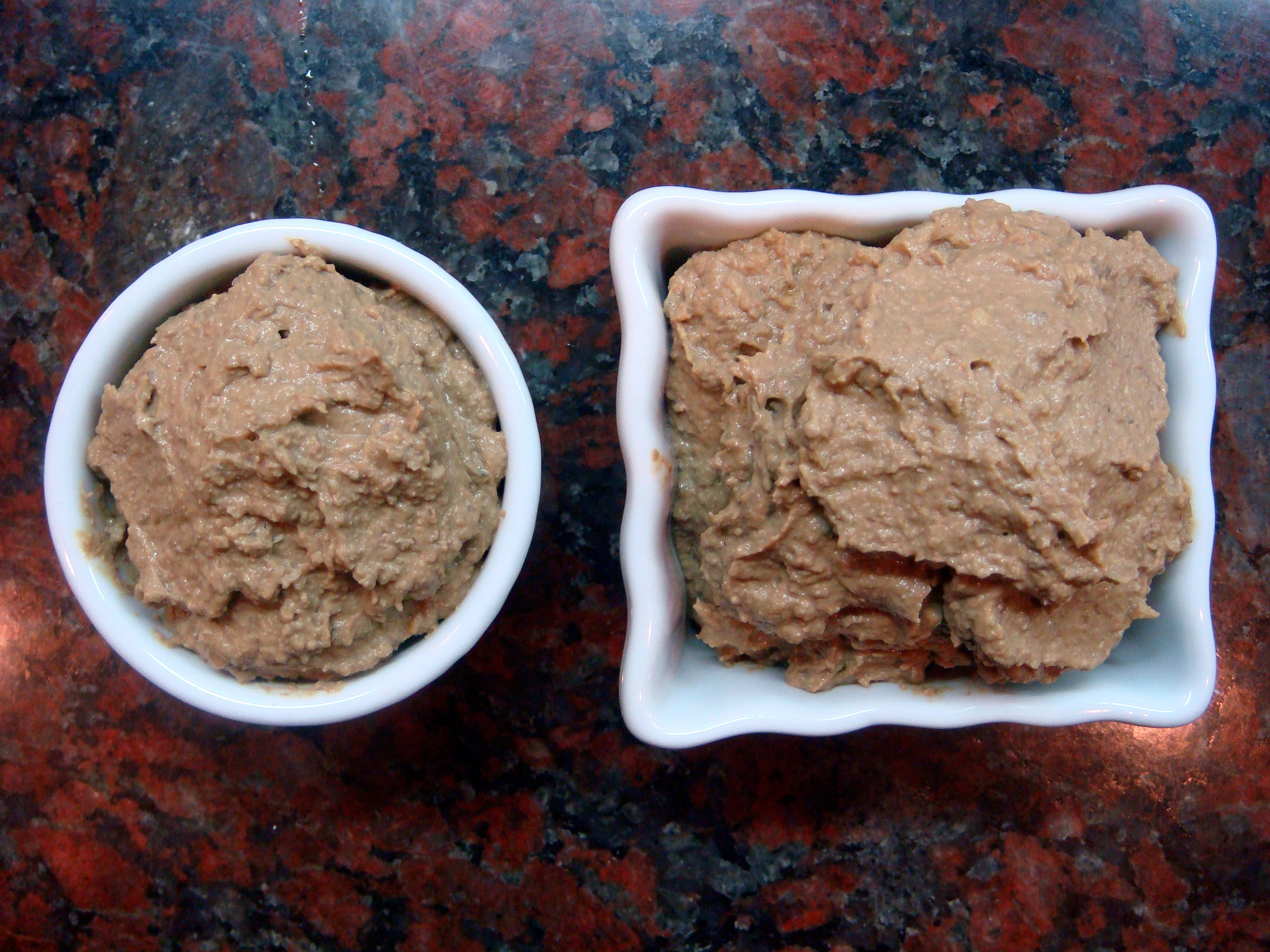 Serve with crackers and chopped parsley after pâté has been chilled:

« Garlic Crackers
Telling Stories About Life, People & Food In Between »