Last night at cooking class, Pelusa Molina showed us how to make Crema Catalana. It’s basically a Catalan custard dessert made of a base of egg yolks, milk and corn starch, and flavoured with lemon peel and/or cinnamon.

I was originally a little disappointed to realise that it wasn’t Creme Brulee (I had been hoping it was so that I could finally learn how to make it), but in the end, the cream was so spectacular I got over my disappointment and relished the pale yellow dessert cream, revelling in all its glory.

1) In a pot, pour in the cold milk, and add in the cinnamon stick together with the lemon peel
2) Heat over medium fire until it starts to boil and bubbles form, then remove from fire and allow it to cool
3) Once the milk is cooled, beat the egg yolks with the sugar in another bowl
4) In another bowl, dissolve the corn starch with some cooled milk
5) Mix the egg yolks, corn starch and milk together and heat over medium fire until it thickens well (stir the mixture with a manual beater consistently, making sure that the mixture doesn’t stick to the pot)
6) Pour the cream into ceramic bowls and allow it to cool in the fridge
7) After the cream has cooled, cover the surface with sugar and burn the sugar

I’ve only got three pictures to show because I couldn’t keep snapping pictures during class.

This is after cream has been covered with sugar, about to be burnt: 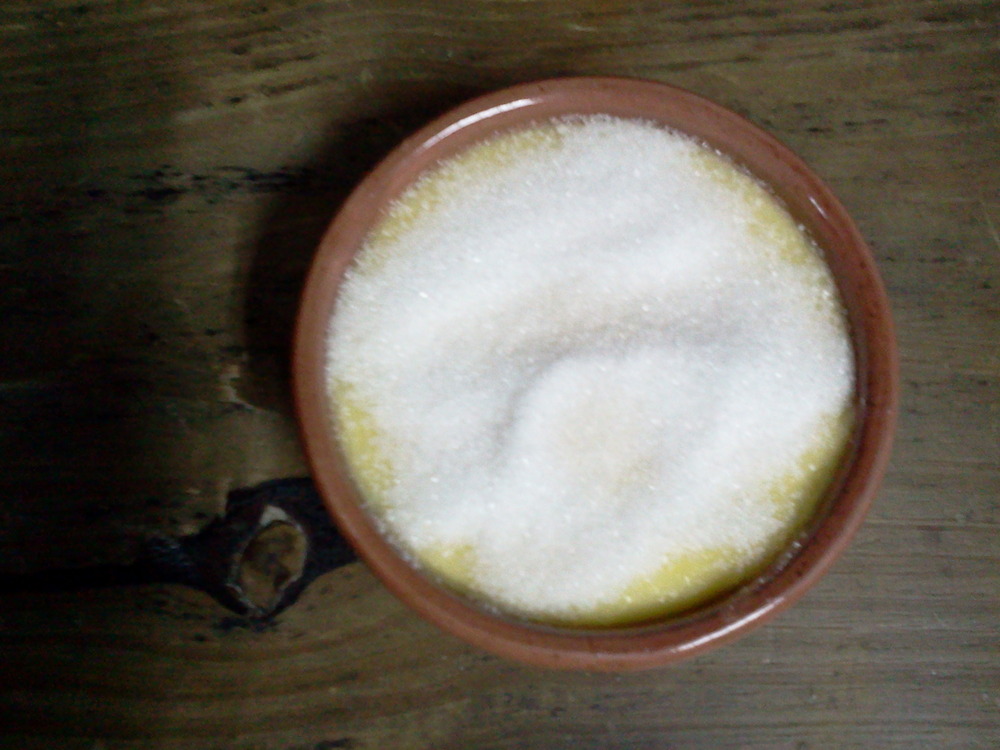 Pelusa in the background using an iron surface to burn the sugar (kinda looks like a magic potion): 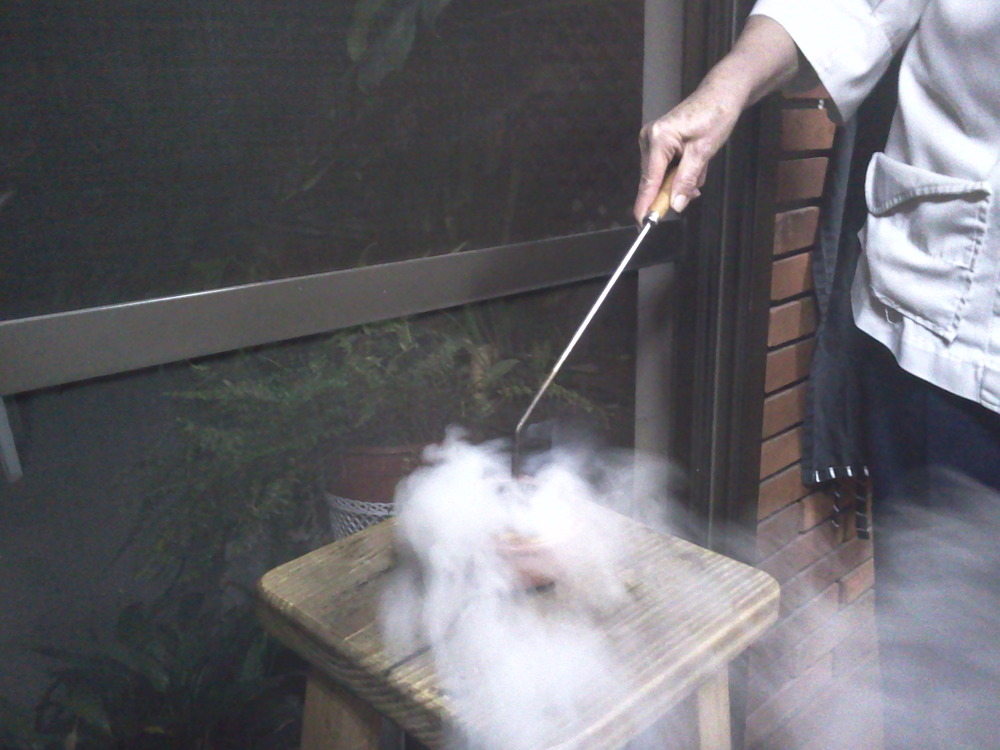 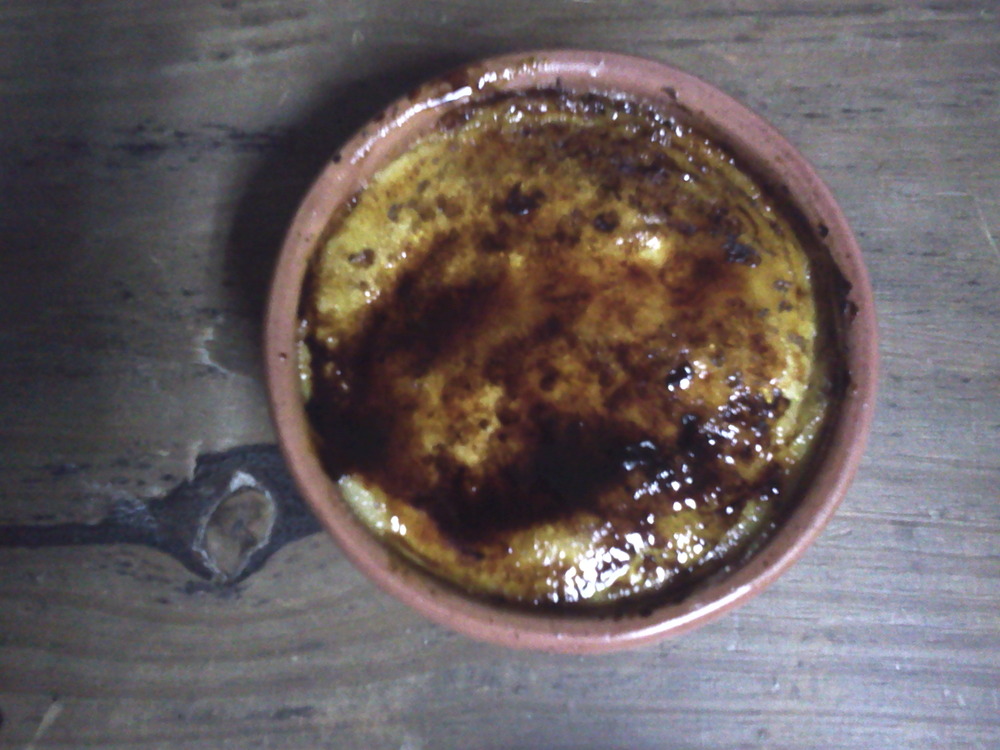 « Tip of the Week: Rice and the many ways to cook it.
The Joy of Cooking »