Sometime this week, I received a Facebook message from Sandro, a Brazilian friend whom I hadn’t seen in almost a year.

Sandro invited me to join him and some other friends in his house warming party, to show us his new house, as well as to have some Brazilian food typical of the province from which he hails – Minas Gerais, Brazil.

Given that I haven’t seen Sandro in such a long time (the first and last time being at our mutual friend Sin Yee’s farewell party in November 2011), and I had a dying curiosity to taste a new dish from his Brazilian province, I jumped at the opportunity to go – and of course, I knew I was going to have a good time with very interesting and international people, with good food, and great drinks.

The party exceeded my expectations, with us filling ourselves with news, politics and gossip, mingling as we emptied our cups of endless Cuba Libres and Campari.

Sitting in the neo-classical style living room, with tall windows letting in the beautiful Saturday sunlight, it was a mix of tranquil peace and vintage fantasy. 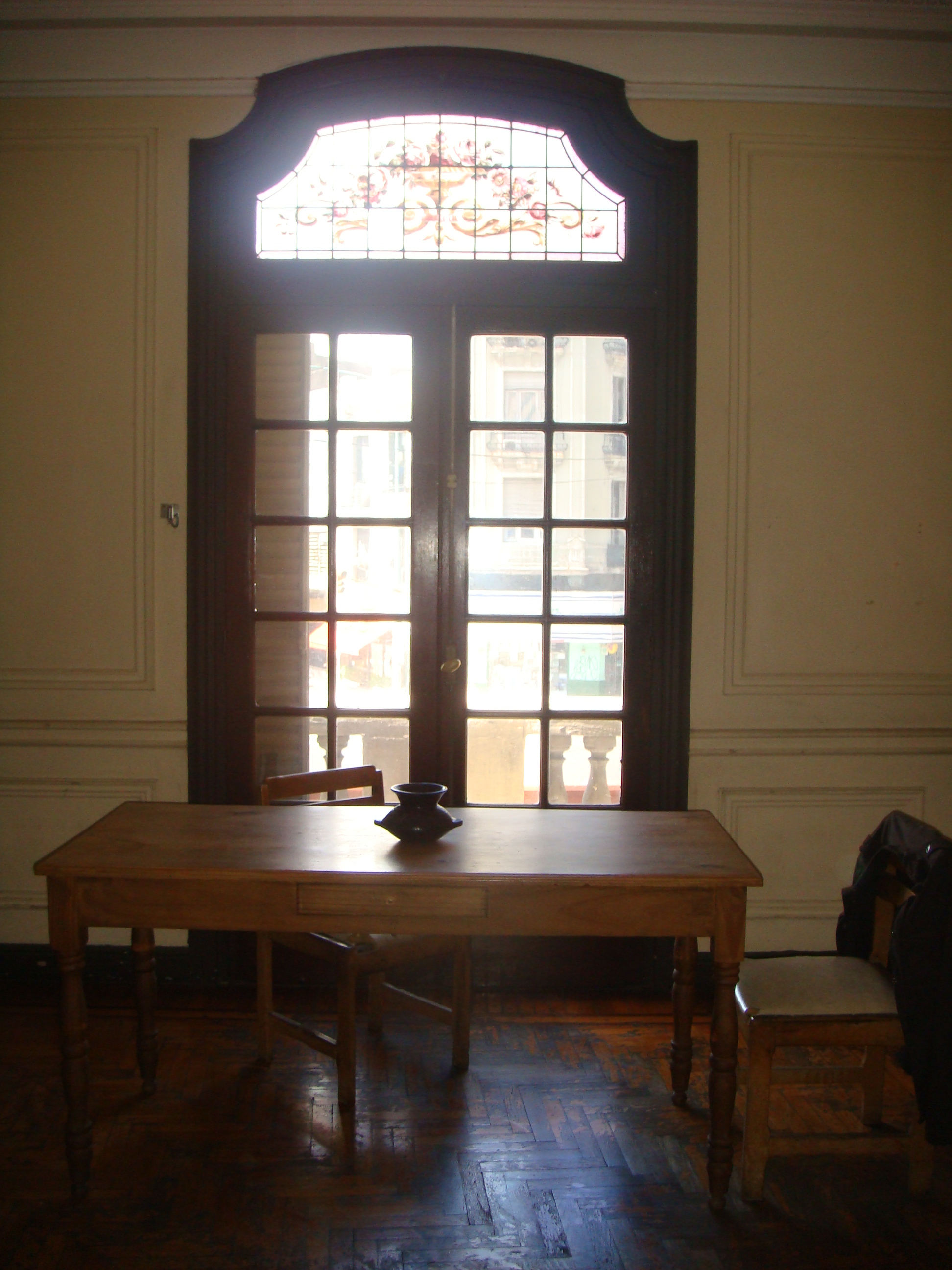 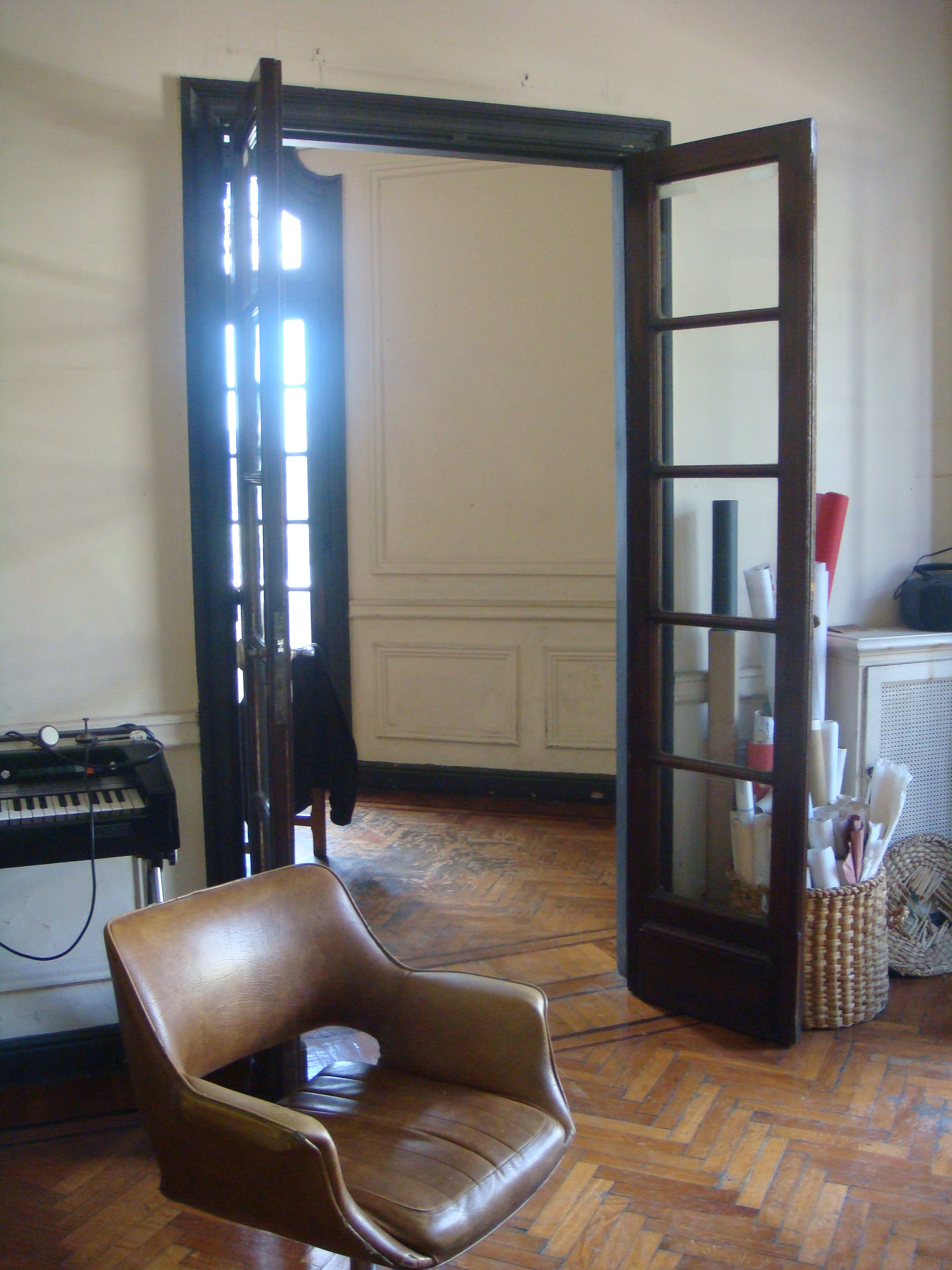 View from the living room.. I am in love with these tall glass doors!

The highlight, of course, was watching Sandro prepare the very anticipated dish – the Feijão Tropeiro.

According to Wikipedia, the Feijão Tropeiro is a traditional dish from Minas Gerais (Brazil). The dish consists of beans and tapioca flour (typical and characteristic ingredient of Brazilian cuisine), with egg, garlic, onions, and bacon. Since colonial times land transport were made ​​in various carriages pulled by donkeys or horses, and the men hauling cattle were known in Brazil as “Tropeiros”. As it happened, tropeiros had been have been hauling cattle in different parts of Brazil until the twentieth century. The Feijão Tropeiro dish was typical of the men in these professions, hence its name “Feijão Tropeiro”. Although this dish traditionally includes pork, Sandro substituted the osobuco (beef) for pork.

Sandro had cooked the beans last night, and this morning cooked osobuco (cross-cut veal shanks) over low fire to obtain a very tender texture. In a large metal pot, he then sauteed onions, garlic and scrambled around a dozen eggs, adding in sliced chard leaves, and then the pre-cooked beans, before adding in the chopped osobuco and finally tapioca flour. Mixed all together over the fire, the dish was finally ready.

We were famished by the time the dish was ready, and that in part made the dish taste so absolutely delicious. Un aplauso enorme para Sandro!! 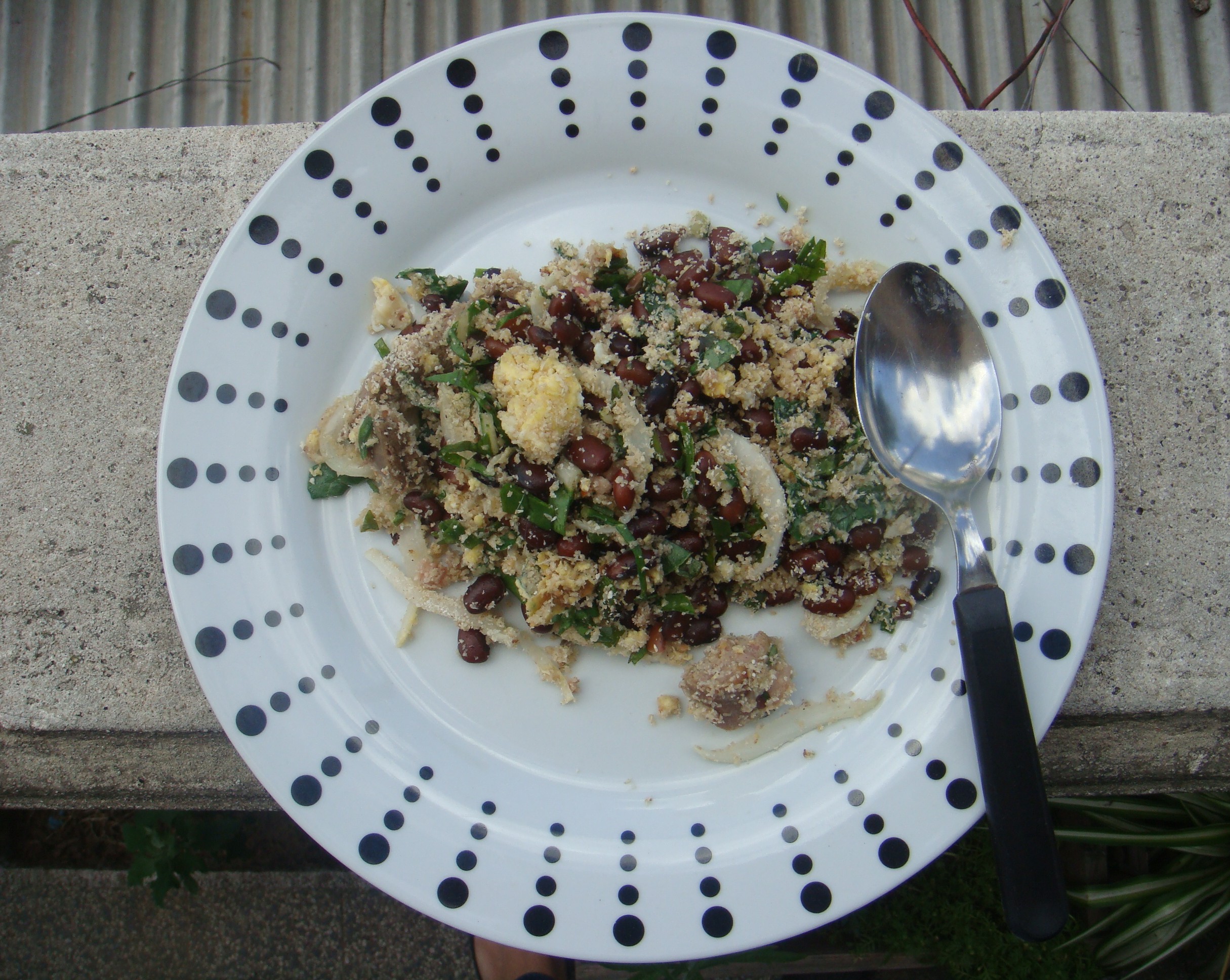 1) Boil the brown beans in water until cooked, then drain the water
2) Cook osobuco over low fire until cooked but still tender
3) Chop the osobuco meat into small pieces, removing the bones
4) Fry chorizos until cooked, then cut into small pieces
5) Slice onion lengthwise, chop garlic, and slice chard leaves
6) Saute onions and garlic in a pot, then add in eggs, scrambling them.
7) Add in chopped osobuco, chard, pre-cooked beans, and pour in tapioca flour in rain motion.
8) Serve with spicy sauce according to taste 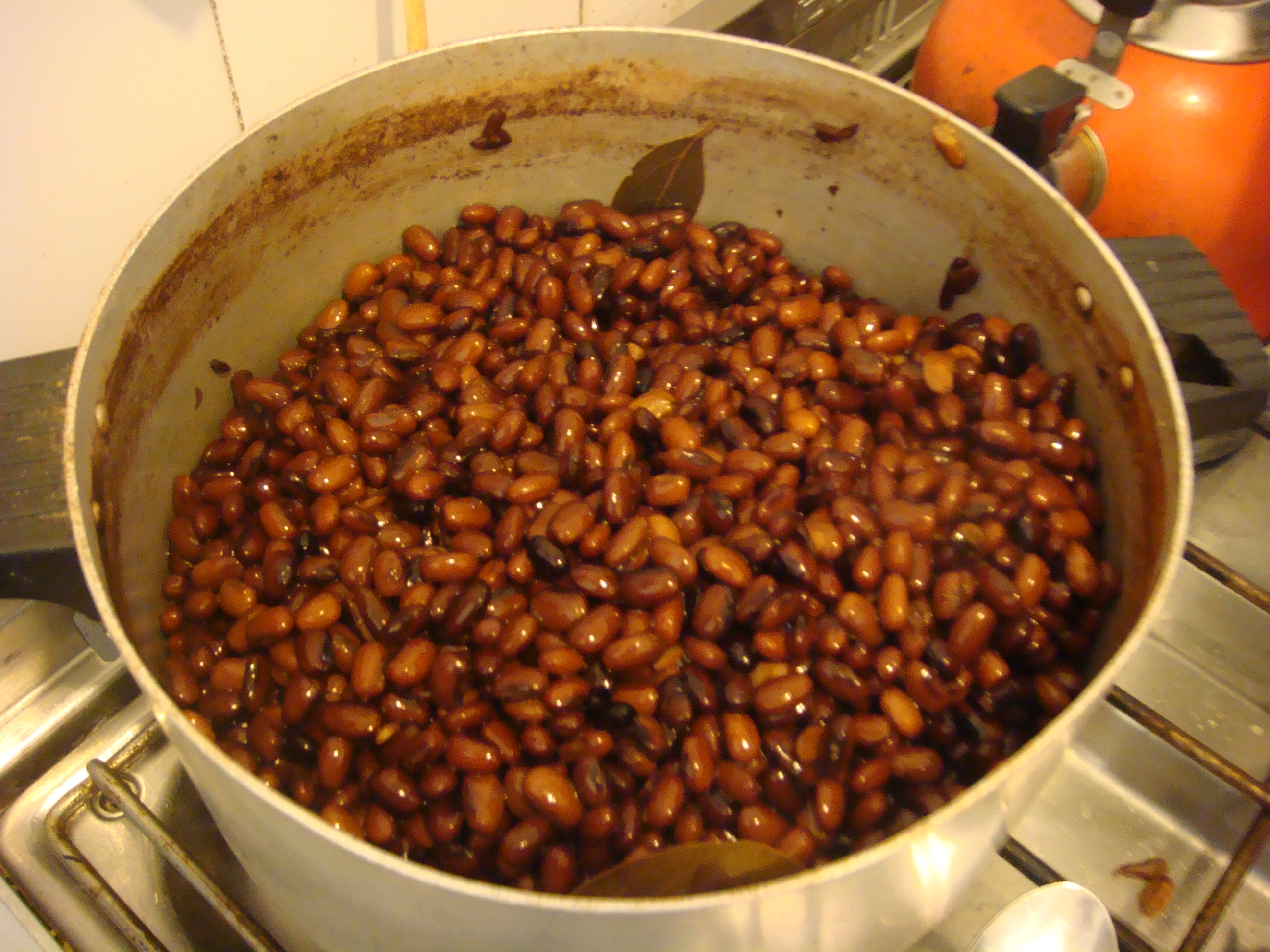 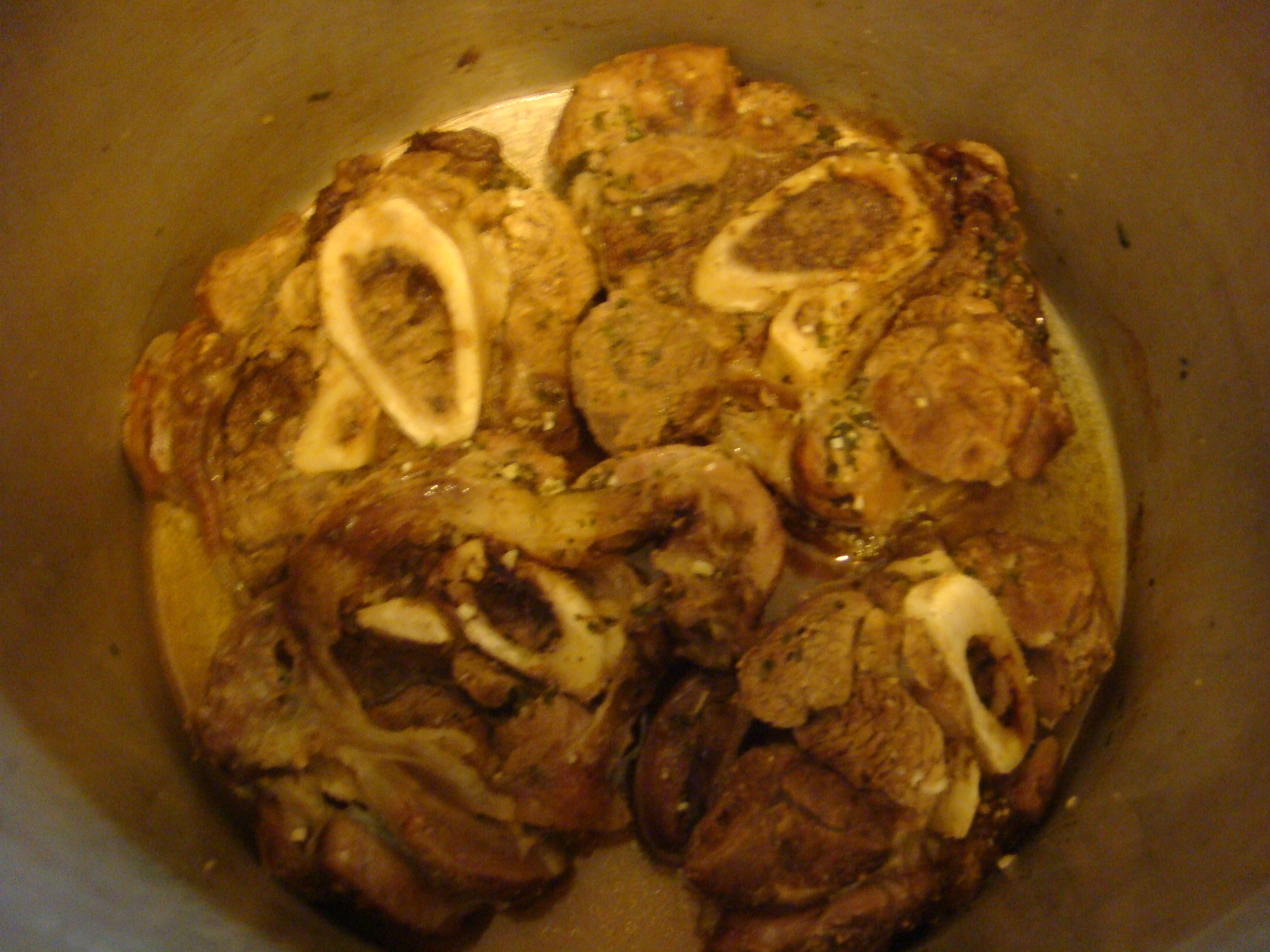 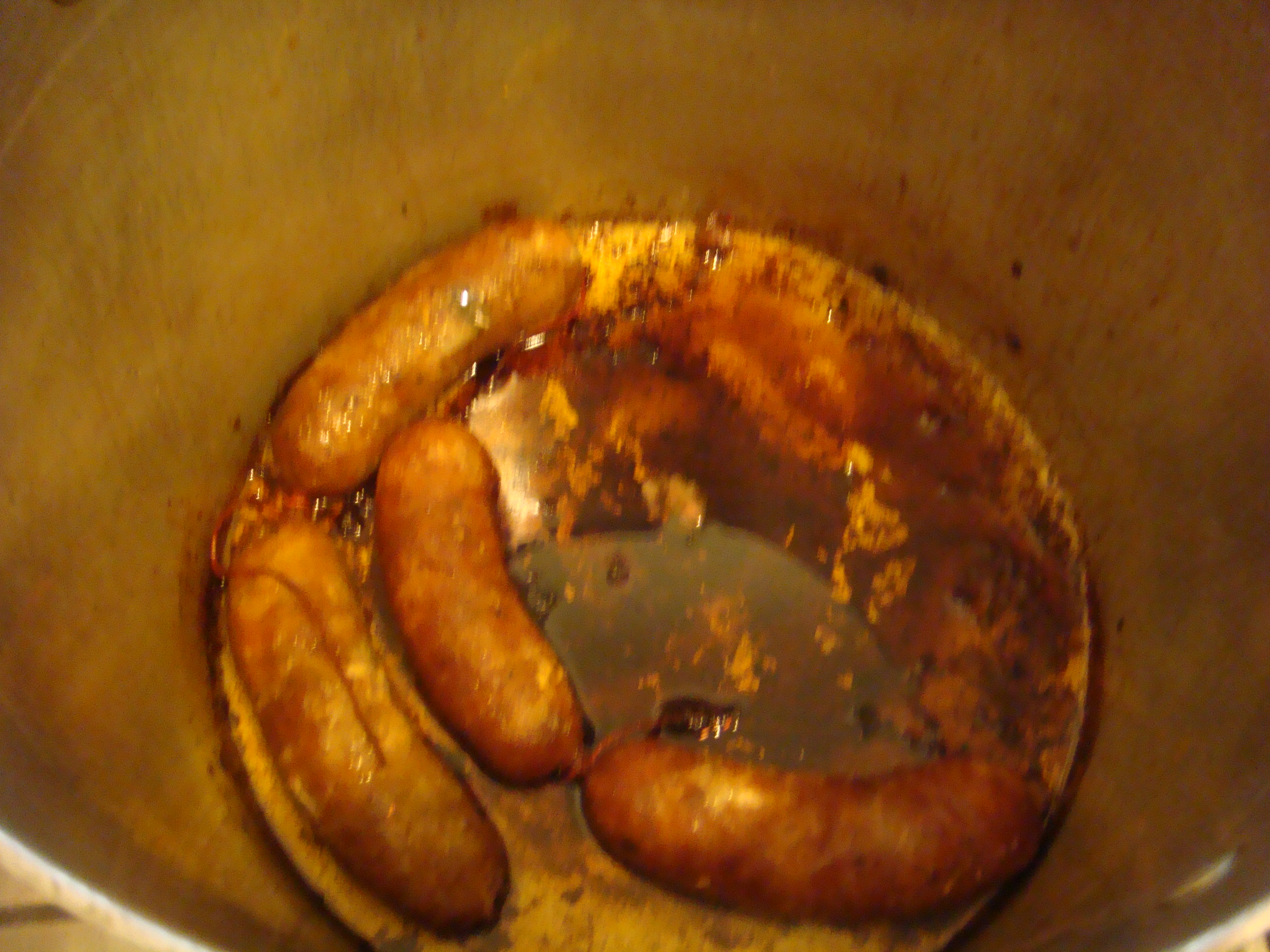 Saute onions and garlic in a pot, then add in eggs, scrambling them. 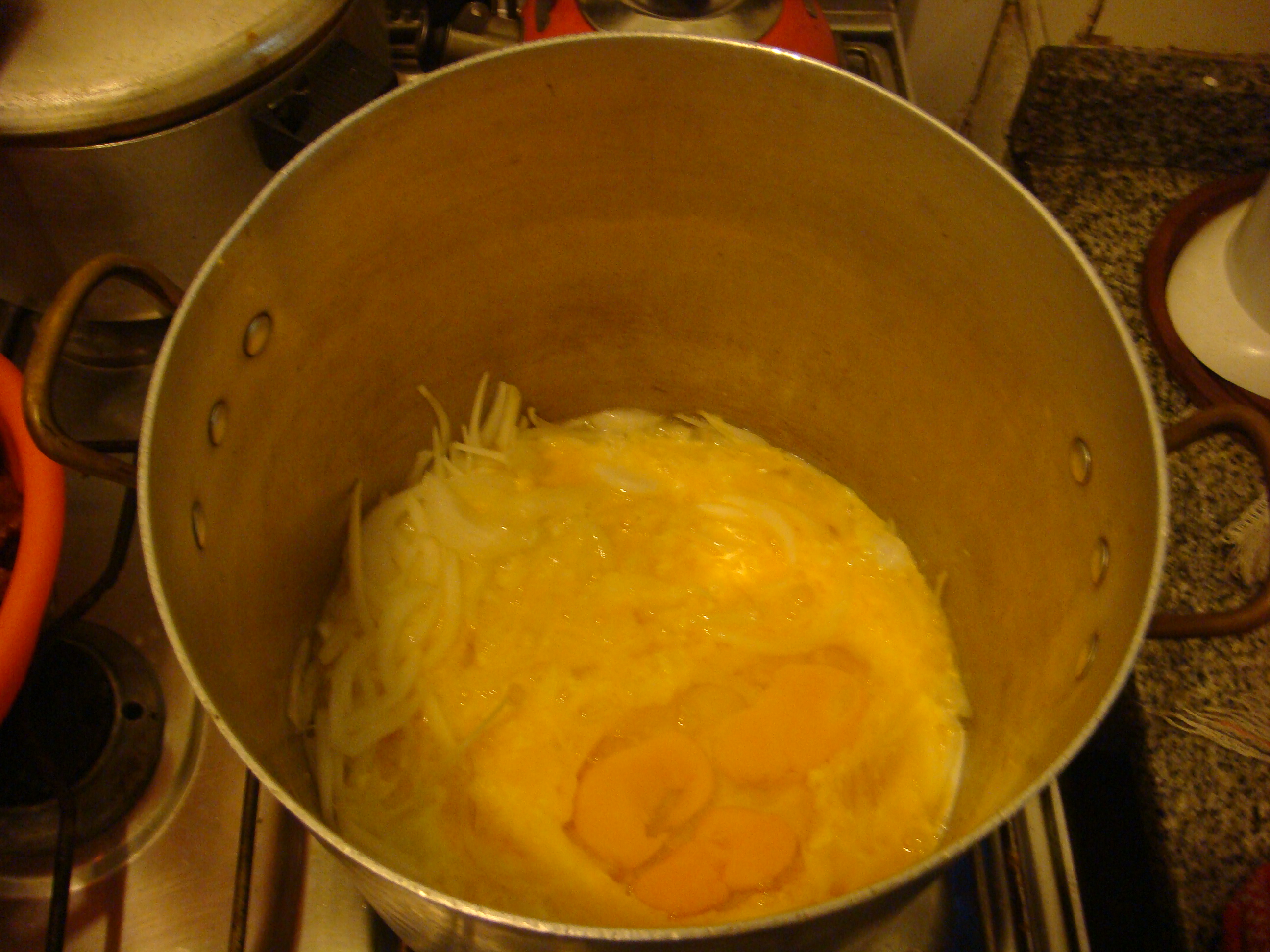 Add in chard and osobuco: 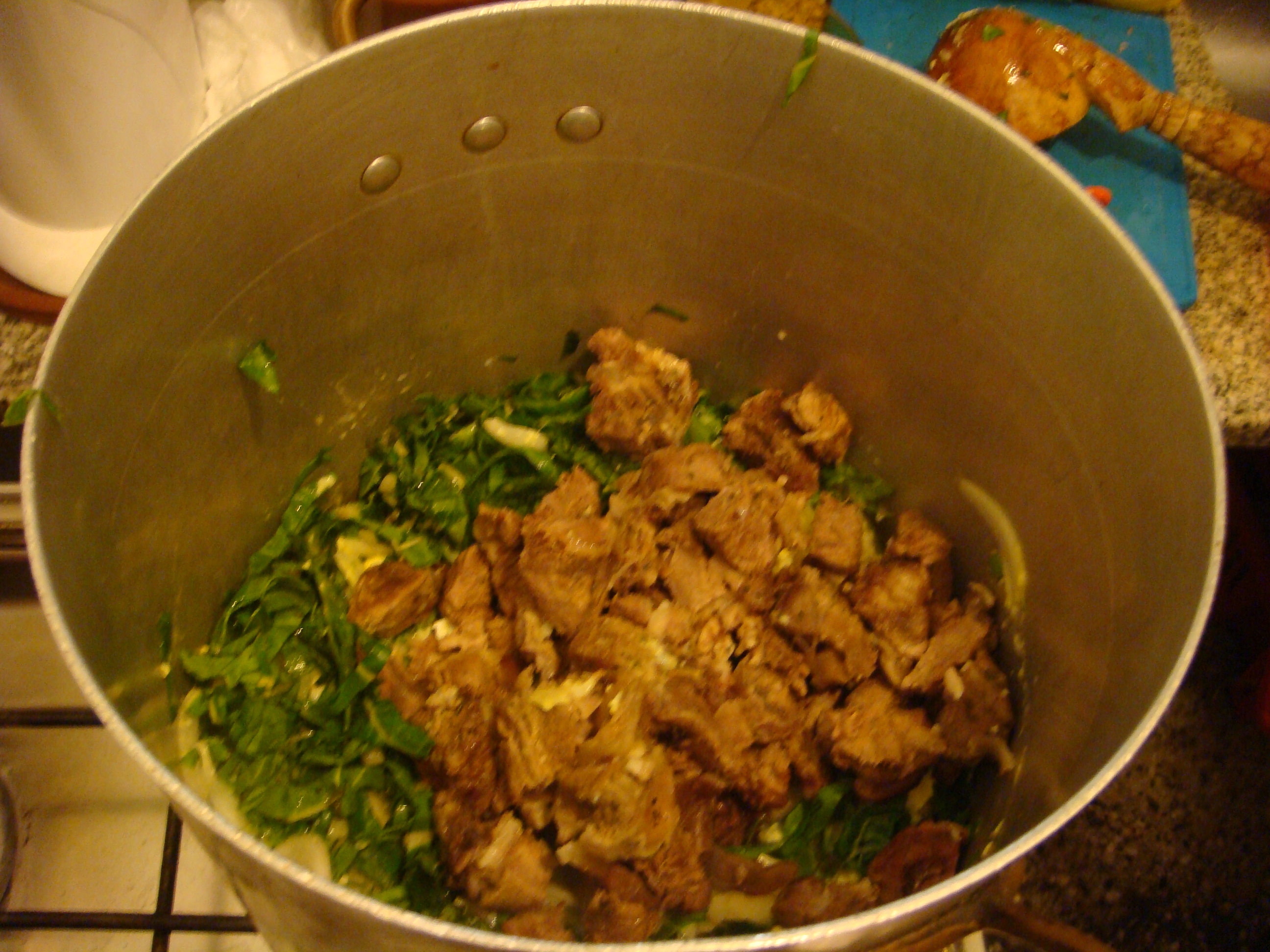 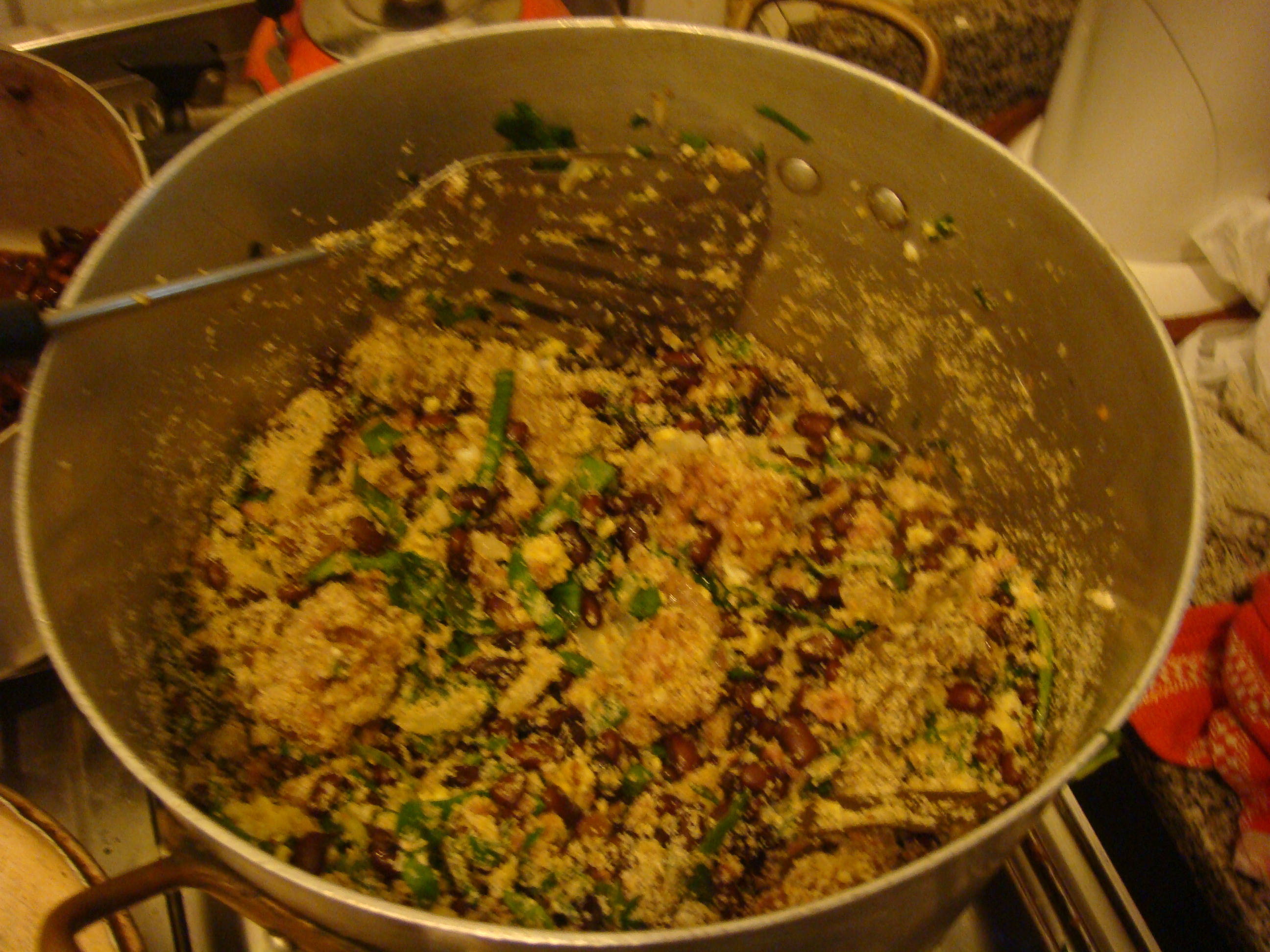 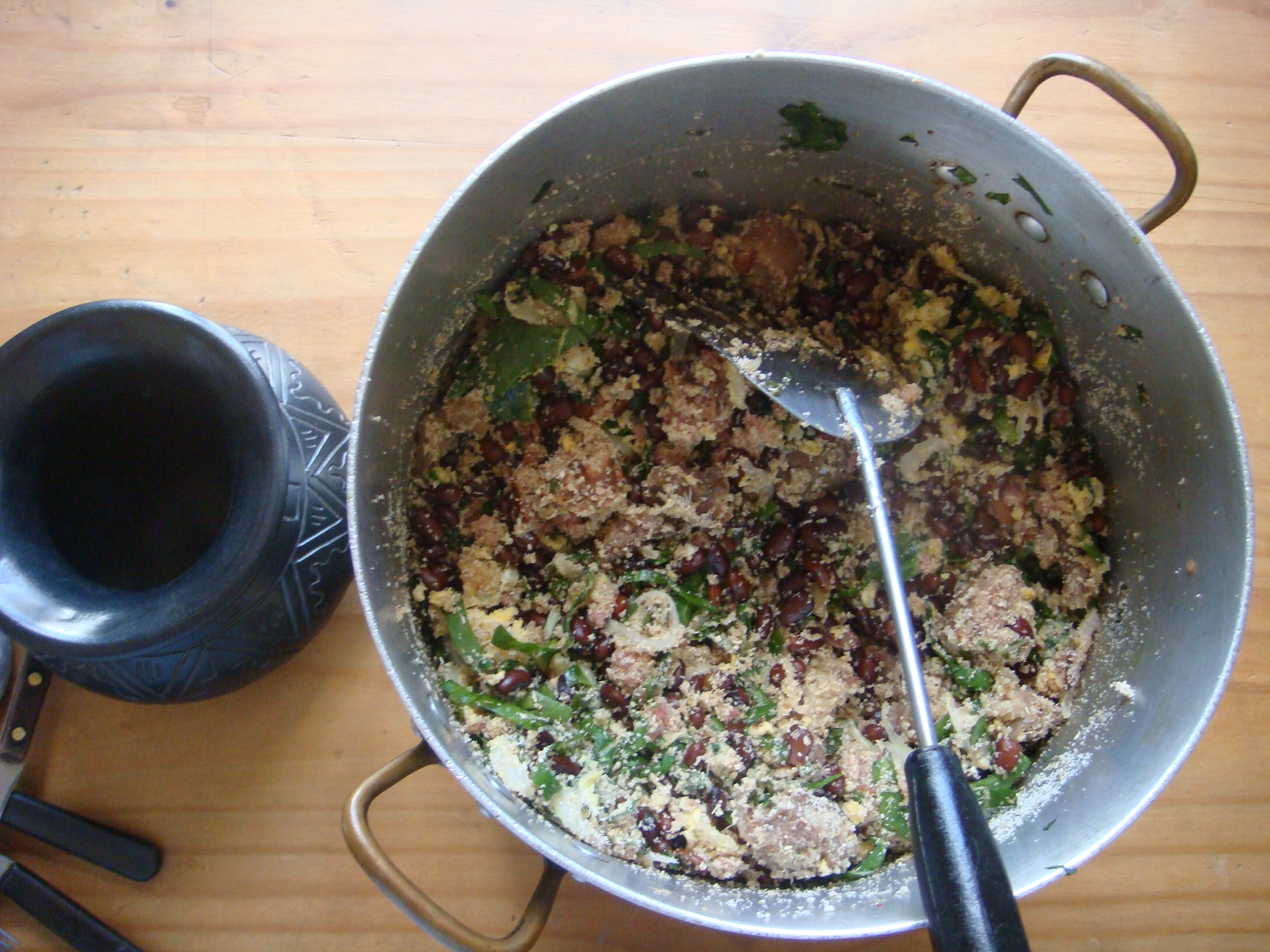 Proof that I helped out! 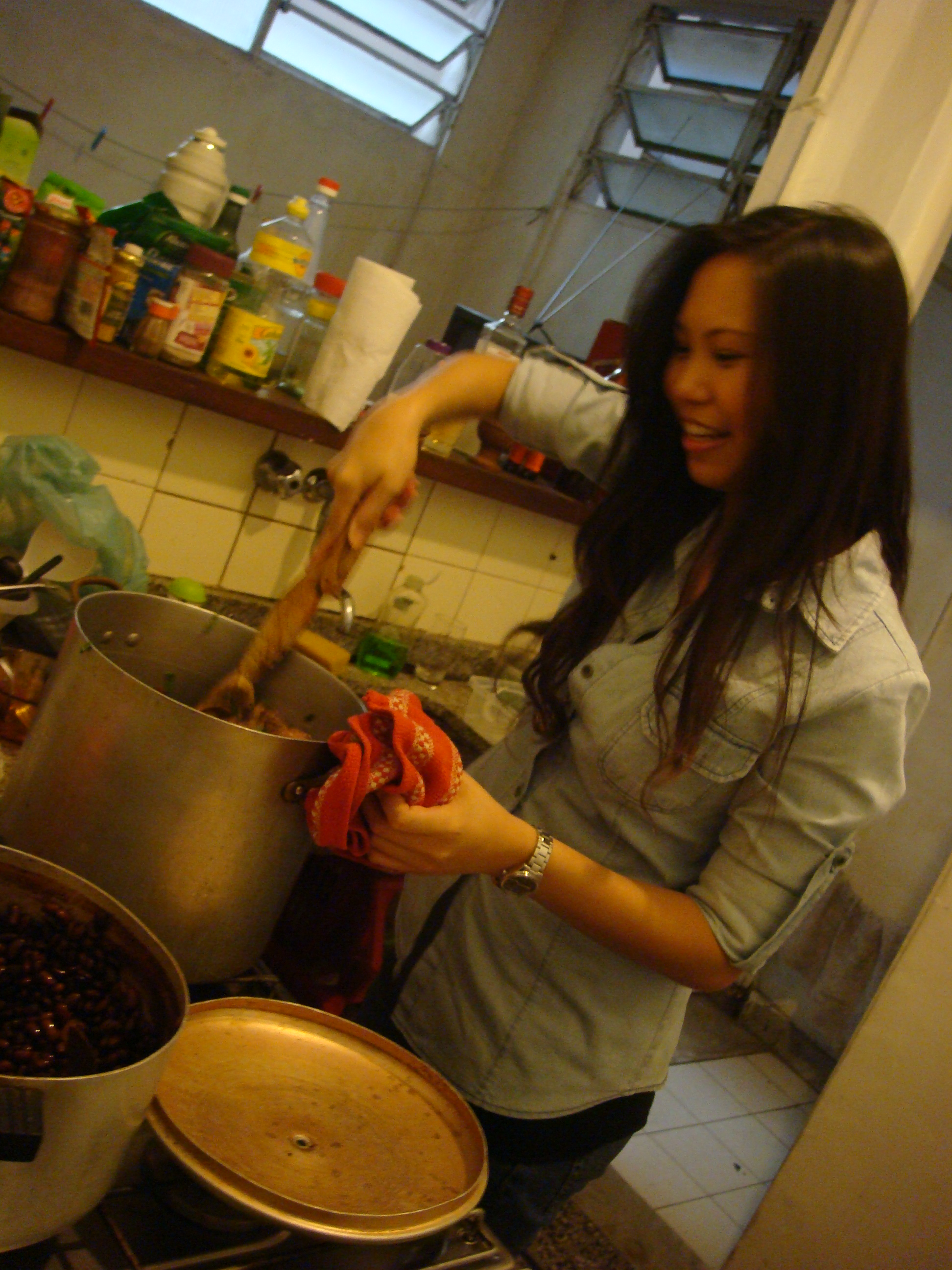 With Sandro & the huge pot of Feijão Tropeiro! Gracias amigo! 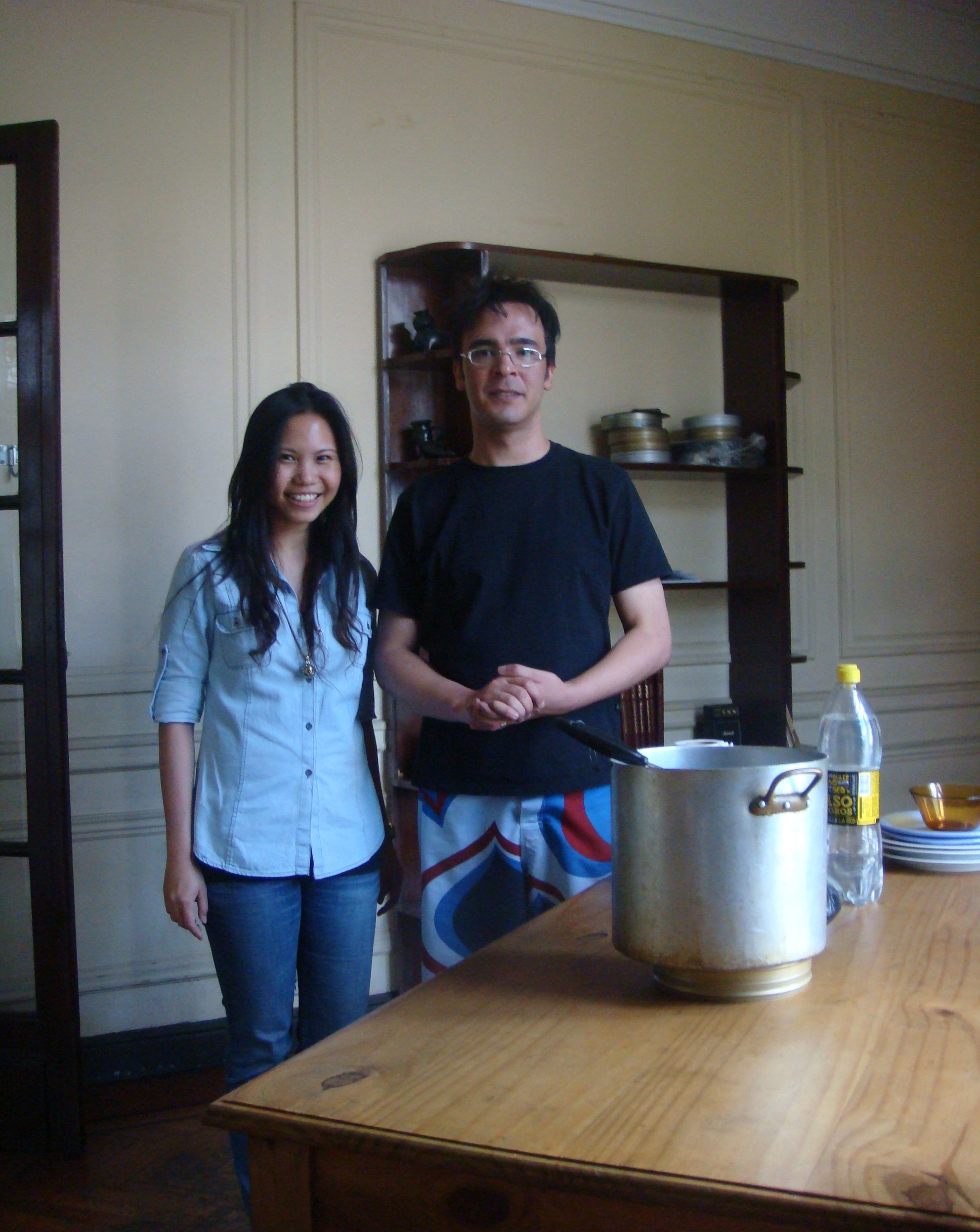