The first time I experienced World Cup fever was in June 2010, when I’d first moved to Buenos Aires four years ago.

I was absolutely football-ignorant, and completely taken aback by the fervor and passion Argentines have for football (or soccer as some of you may prefer to call it). I had no idea how the game worked, no understanding of why two 11-man teams would make it their aim to chase after a small ball, and had zero clue who the important players were. 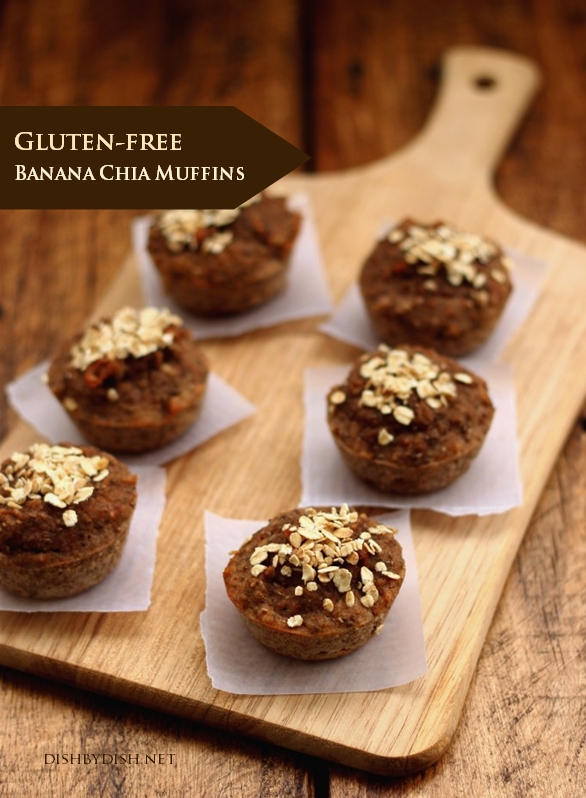 Fast forward four years to today, and I can say that four years in a football-crazy country like Argentina, with a boyfriend who practically views football as a religion, I’ve learned a thing or two about football.

While I still don’t fully comprehend certain rules about the game, I’ve watched at least more than 50 matches over the last few years (on TV, not in the field), and am surprised to say that I now actually find the game quite interesting.

I can hold a conversation with taxi drivers about the latest World Cup matches (because everyone puts their work aside just to watch the World Cup) and can even name the most important players on the Argentine national team…especially when they’re handsome like Lavezzi, or skinny as a rat like Di María, or so extremely famous like Messi. 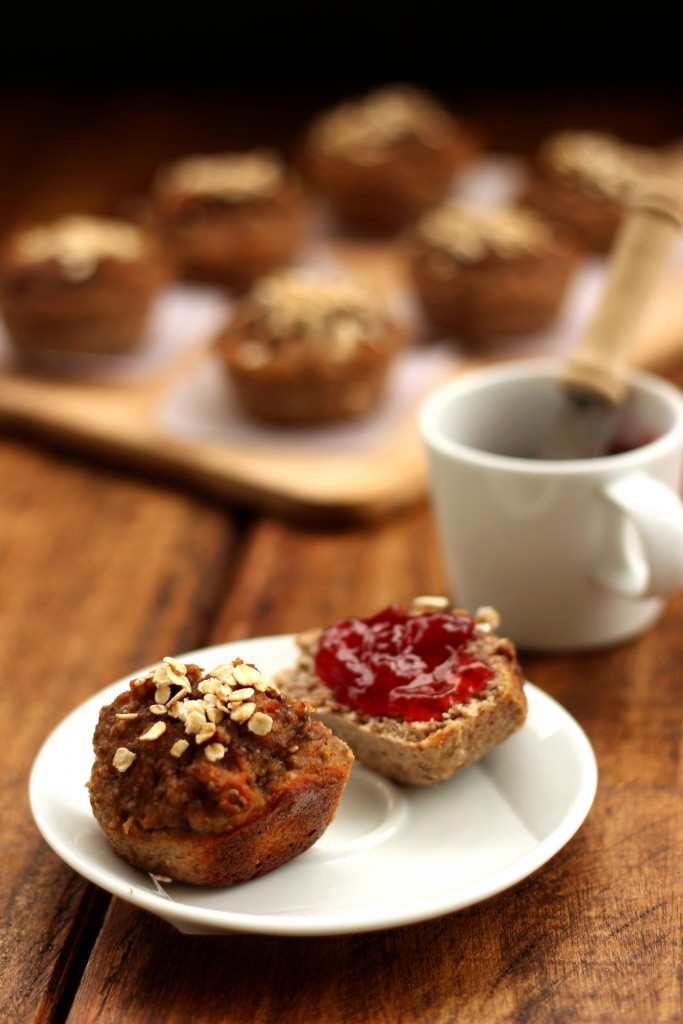 However you want to put it, let’s just say that I’ve warmed up to various aspects of football, and that the passion Argentines have for football is extremely contagious, particularly during this World Cup season.

The resonant sound of “GOAALLLL!!” being screamed when the national team scores makes my heart leap in excitement, and I actually feel nervous when the team plays, crossing my fingers and hoping that they will win. 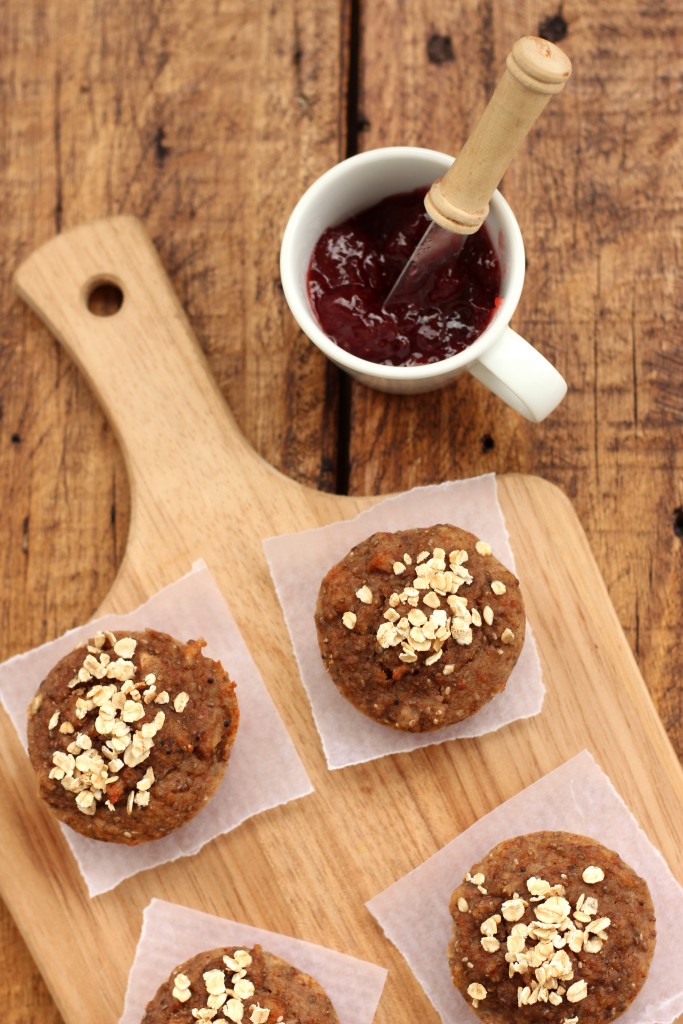 Have you ever watched an entire football match?

Even if it is on television and you’re not in the field, you’ll notice that for every single goal scored, the players and the football fans celebrate with such intensity and happiness, as if it were the one and only goal that mattered. The players hug each other in a huge Barney hug, the fans are crying tears of joy, and the emotional level is at its peak. 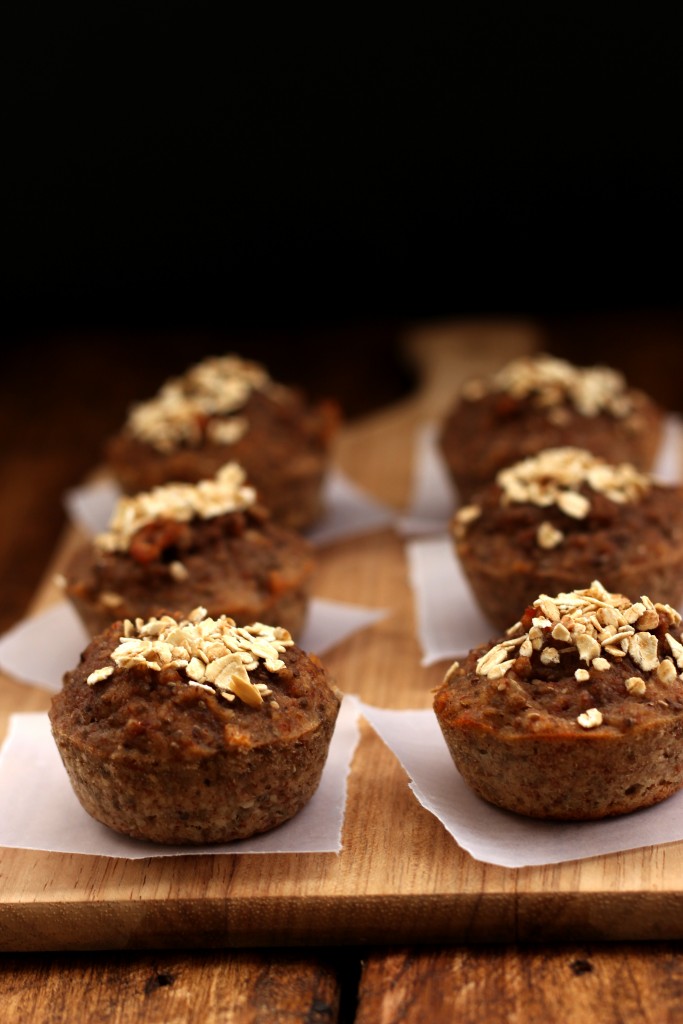 This is something that has always struck me, and I marvel at this capacity to celebrate with so much joy. I like seeing that each victory is worth screaming and jumping up and down for, and that each triumph sets its mark in history. 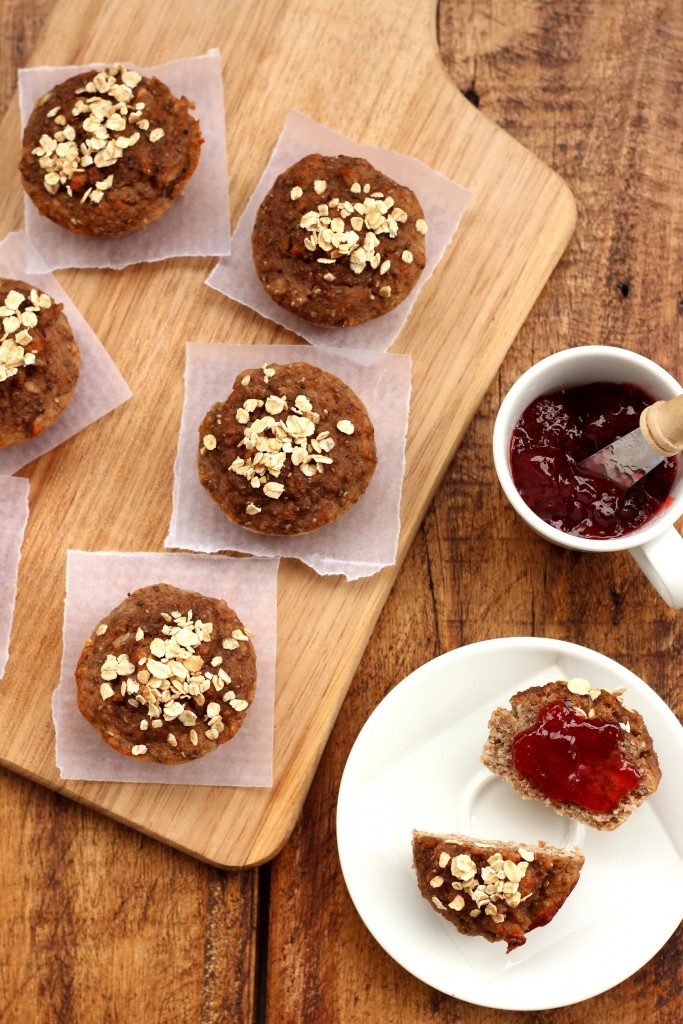 And this world cup, as I watch anxiously hoping that Argentina makes it to the finals, I’m celebrating every small victory with these banana chia muffins.

They’re naturally sweet thanks to the bananas, and taste beautiful spread with any kind of jam. Plus, they’re chock-ful of chia seeds, and make a very healthy football-watching snack indeed!!

Cross your fingers with me for this World Cup, and may Argentina win!! 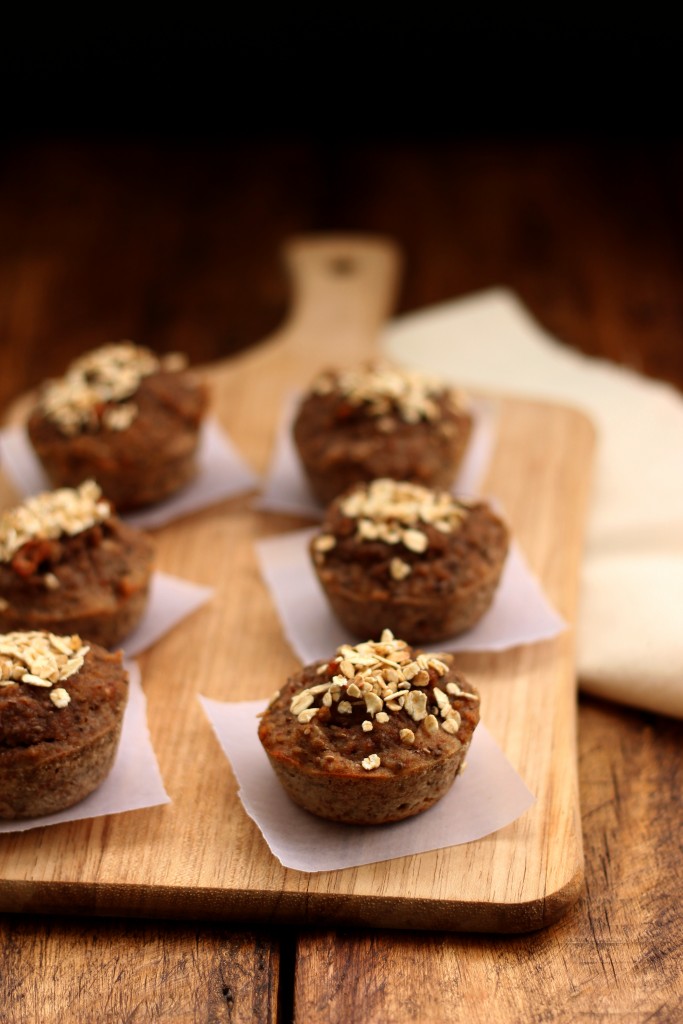 1) Pre-heat oven to 350 deg Fahrenheit (180 deg Cel) and grease a muffin-pan very well
2) In a large bowl, combine almond meal, dessicated coconut, chia seeds, ground cinnamon, salt and baking powder, and mix well.
3) In a food processor, add the cut bananas, eggs, coconut oil, milk, vanilla extract, and process for a few seconds until well combined
4) Pour the banana mixture into the bowl of dry ingredients, and stir to combine
5) If using nuts, gently fold the chopped nuts into the batter until evenly distributed
6) Carefully spoon batter into muffin mold (until each mold is 3/4 full), and sprinkle with a bit of rolled oats on top
7) Bake for around 15 – 20 minutes or until a toothpick inserted into the center comes out clean
8) Remove from oven and let cool for a few minutes before removing from muffin mold
9) Eat alone, or serve with jam! 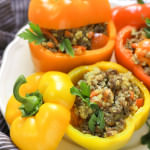