It may seem weird that for someone who cannot even foresee one year into the future, I sometimes wonder what life will be like when I’m much, much older. 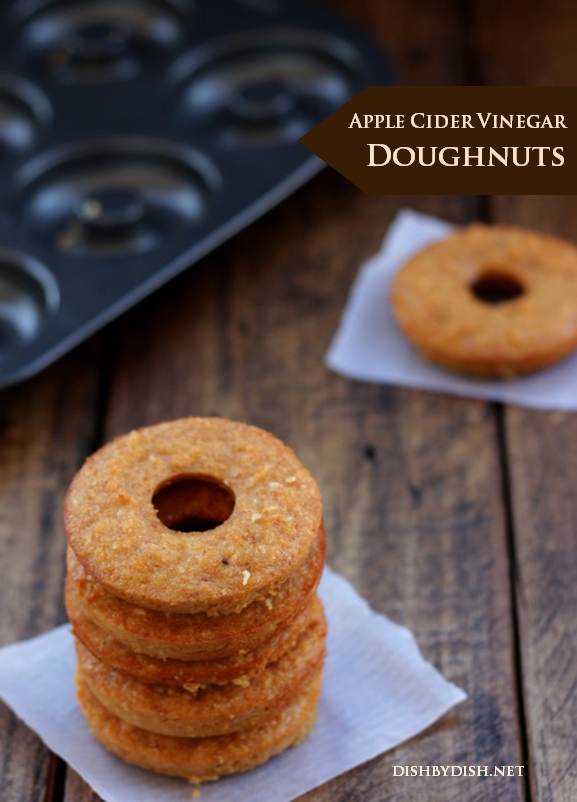 I’m at the point in my life where I’m just slightly more than a year away from turning thirty.

It’s a special point in life I suppose, the sort of moment when I’ve grown past the stage of childhood innocence and teenage rebellion; past the stage of first job interviews and learning to live apart from my family, the nest which I grew up in. 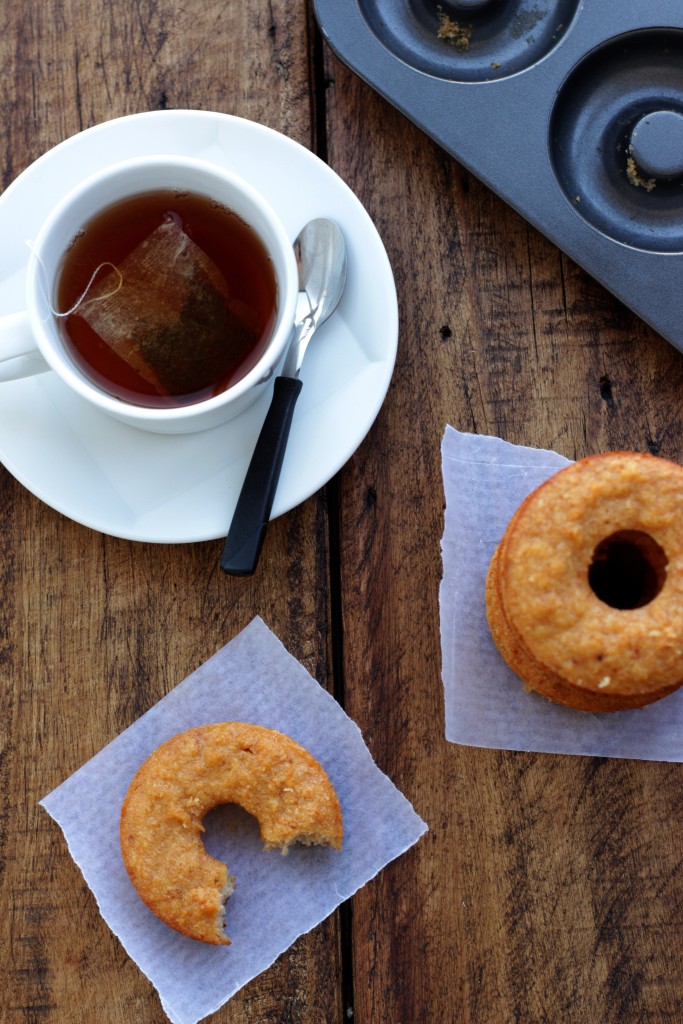 I’m more a woman now than just a girl, in terms of thinking and emotions.

And as life gently transitions me by, edging me closer to the big 3-0, it dawns on me that so much has happened and passed; and yet so much remains to unfold and be seen. 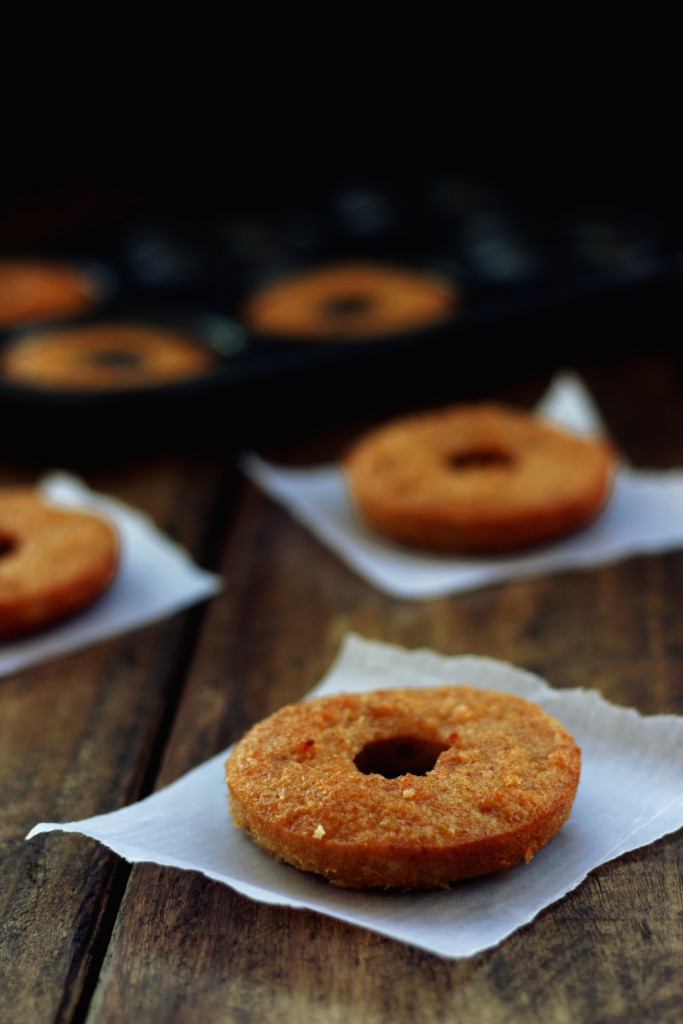 What will I be like when I’m sixty? How will I feel when I see the first strand of grey hair on my head? Will I freak out? Will I feel depressed that it is proof of life flying by, evidence of the inevitable aging that is so human? Will I eventually become a writer, in some way or another? Will I be happily married, with kids whom I am so proud of, that I can’t stop talking about them? Which continent will I have built my home on? What will be my life vision, my goals, which define my entire existence here on an earth? 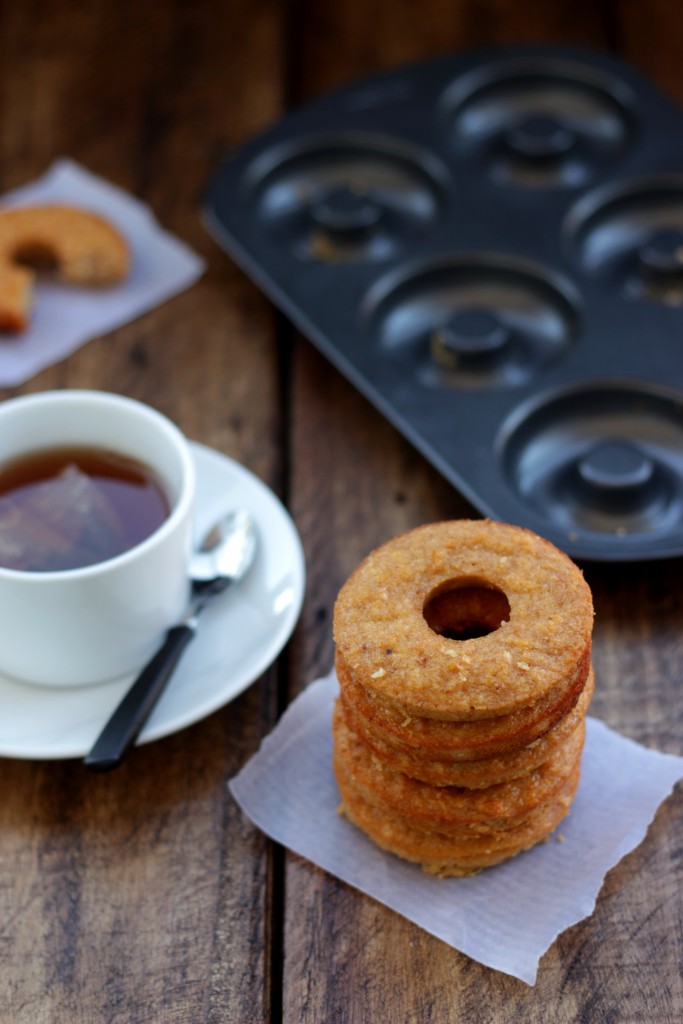 I mean, I can’t even tell you which country I’ll be in next year, but what I know, is that I’m going to keep learning new things all the way.

A long time ago, a conversation with my best friend Jinhua resulted in a motto  – “Something new, every week”.
We were only 22 I think, so incredibly young and fresh-faced, and had just finished an afternoon of cycling in East Coast Park. As we sat by our bikes and stared into the ocean, one of us thought up of this phrase. That seems to have taken place eons ago, but that scene, that memory that I have of the both of us, is what motivates me in life – the need to constantly learn something new. 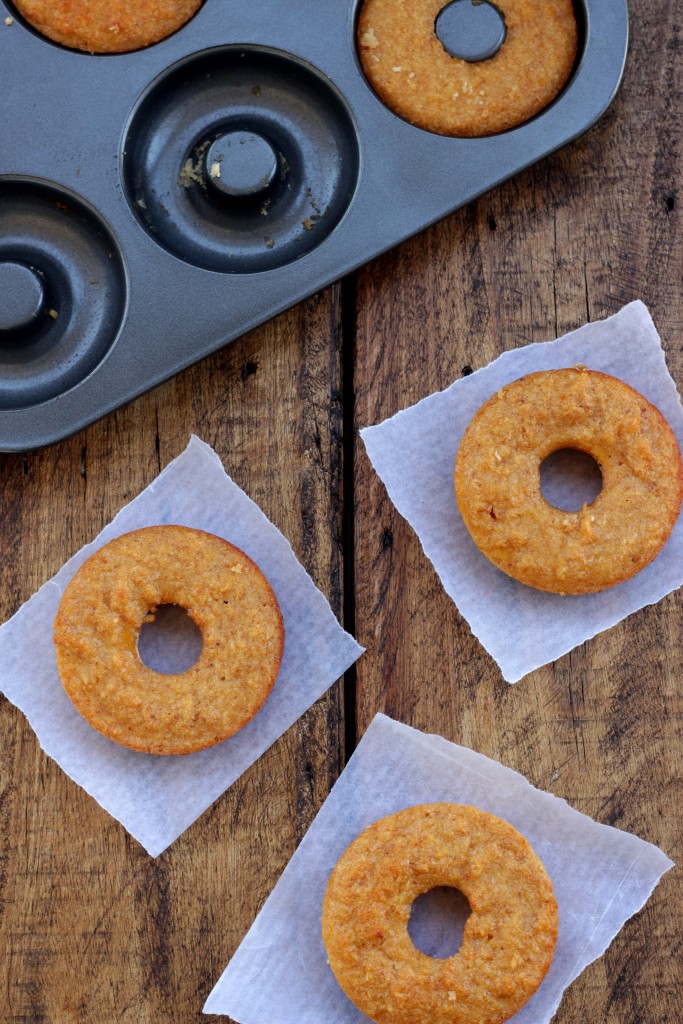 I think this keeps me feeling invigorated and energized.

When I’m learning something different, be it food photography or acrylic painting or Spanish, I feel so alive. My eyes become bright with enthusiasm; my heart starts to leap a little; and I want to dance on my feet.

I’ve finally come to understand that that’s what keeps me so interested in cooking – apart from the fact that I have to feed myself (literally). Cooking somehow always includes learning something new. 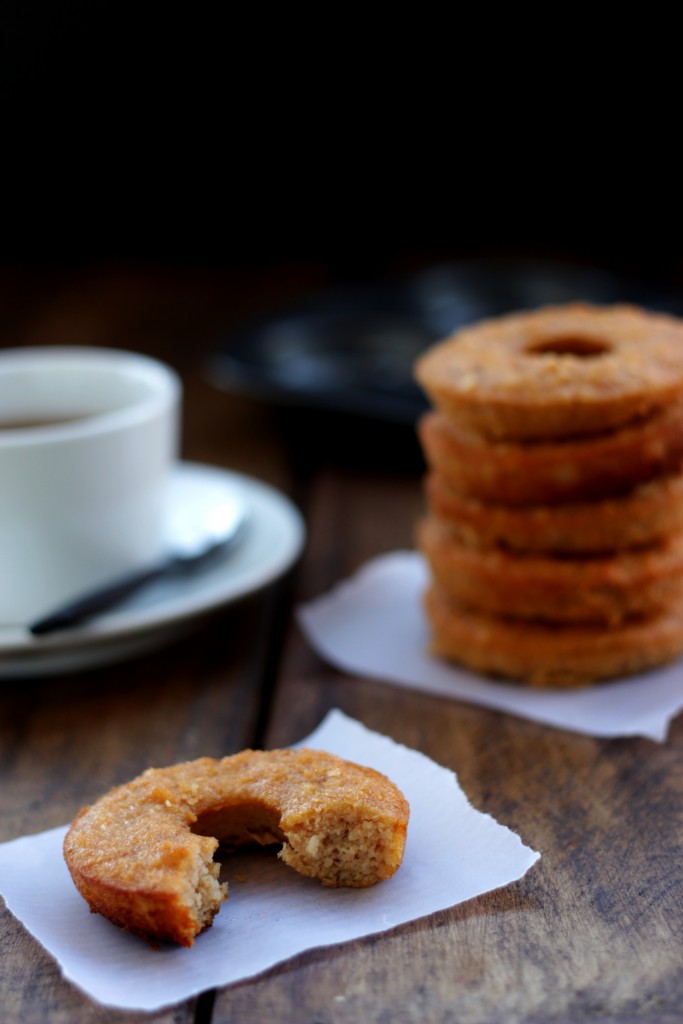 The things that I’ve learned in the kitchen have astounded me – did you know that you could make pancakes with just eggs and bananas? I mean, that’s groundbreaking right? Or how about this – did you know that for mushrooms to brown you cannot overcrowd them in the skillet, and you should only flip them over to the other side when they are brown, instead of pushing them around the pan every few seconds? Or…how about the fact that by keeping fresh herbs in a glass of water in the fridge can keep them fresh for almost three weeks?

Because cooking is so wide in scope, and there are new ingredients to be used every time, there is just an incredible amount of things to learn. I honestly feel that my eyes are opened anew each time I test out a new recipe or incorporate an uncommon ingredient. 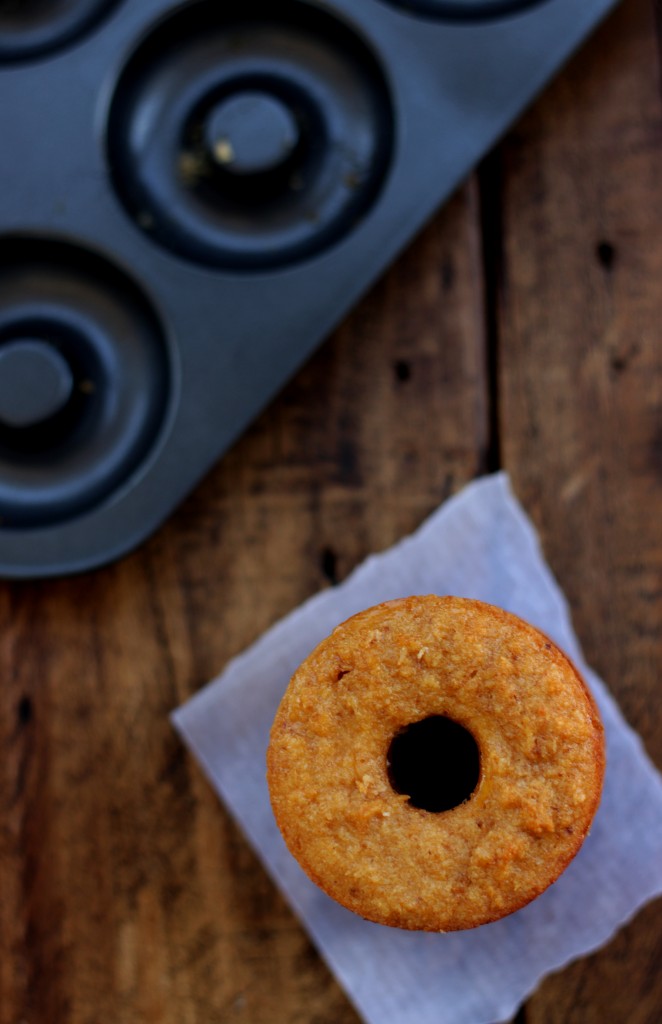 And what better way to incorporate all these great health benefits than doughnuts? And what a great excuse to use my doughnut pan again! Yes, remember the one that I’d bought last year? It’d been collecting dust and I was keen on some doughnuts again, only grain-free this time. 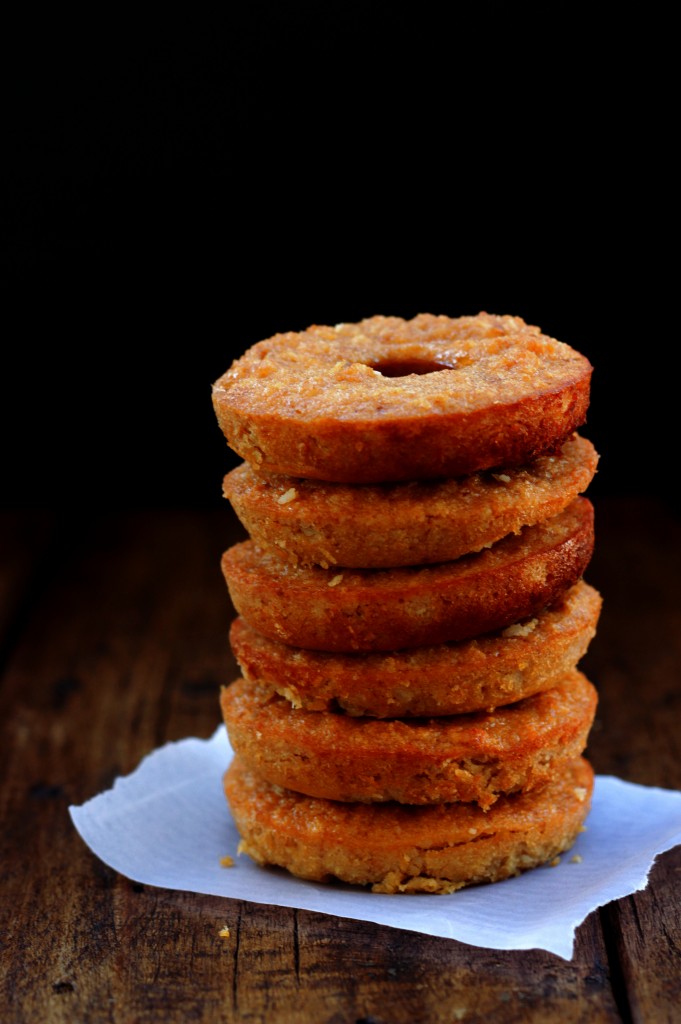 I thought they turned out a little bit sour (which was of course due to the apple cider vinegar), but I rectified that by eating them smeared with jam. 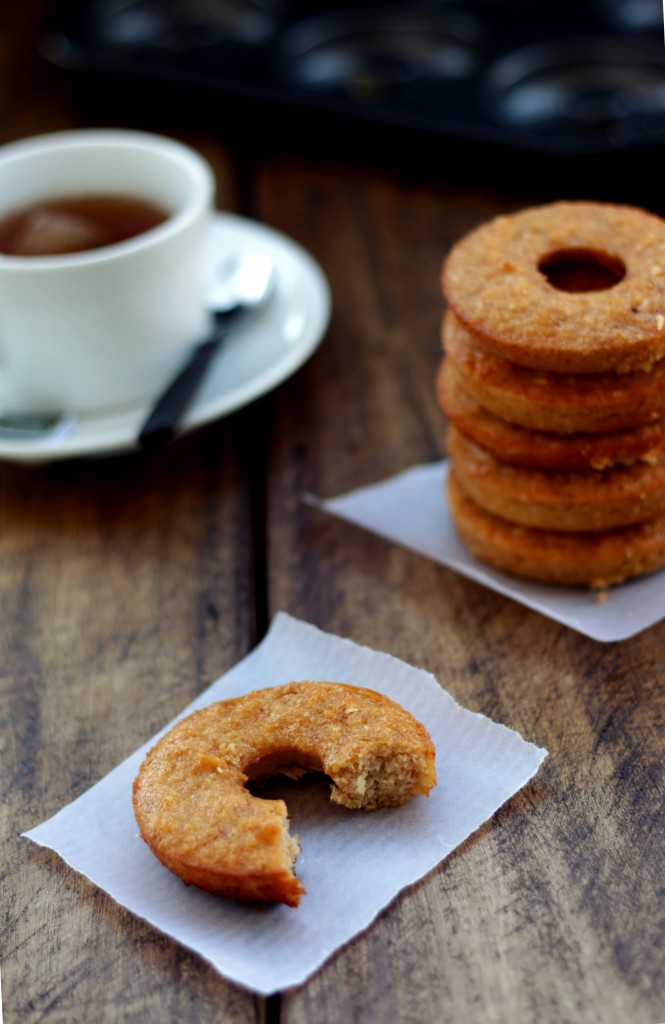 1) Pre-heat oven to 350 deg Fahrenheit (180 deg Cel)
2) Grease a doughnut pan
3) In a small bowl, mix together the shredded coconut, ground cinnamon, baking powder and salt
4) In a large bowl, beat eggs, honey, coconut oil together until well mixed
5) Gently mix in the dry ingredients into the wet ingredients and stir until well-combined
6) Add the warm apple cider to the batter and mix until fully incorporated
7) Pour batter evenly into the individual doughnut molds in the doughnut pan
8) Bake for 20 minutes until a toothpick inserted in the middle of the doughnuts comes out clean