×
You are here: Home / Desserts / Rustic Blueberry Crostata + Breaking the chase for perfection

***
BREAKING
THE CHASE FOR PERFECTION
***

The other day, I confessed that I’d always striven to be the perfect girl.

I told you about my secret scrapbook (gasp!) – the one I started in my early teens, where I jotted down my dreams and wishes for what I hoped I would be when I grew up – and how the never-ending chase of perfection always never failed to make me feel imperfect.

I later told you that it’s the little things that make up a big life instead, and honestly, I really do try to follow my own advice. 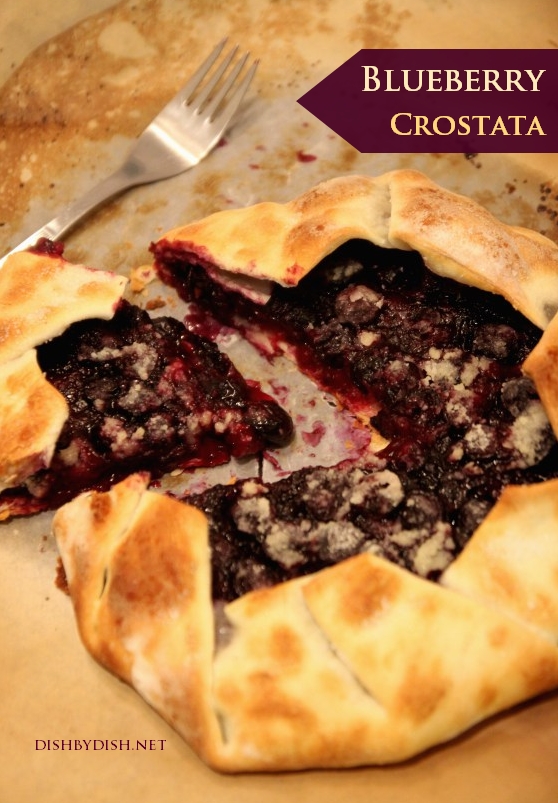 Yet somehow, this issue of striving for unattainable perfection keeps returning to me, in so many more ways than one.

I sometimes walk past a shop front, and the first thing I do by reflex and pure sub-consciousness is to check out my reflection in the glass – so many thoughts buzz through my mind at the same time in just mere seconds – my tummy seems to bulge out more than usual, my hair’s such a mess and in dire need of an expensive haircut plus treatment and the works, and goodness gracious, what on earth was I thinking when I matched those pants with that top? I later turn away from looking at the reflection, my face a picture of frozen frustration.

And other times, it’s something as simple as not being able to take the perfect picture. Why doesn’t the light fall on the food I cook in just the right angle? Why are there shadows that I didn’t see when I was taking the photo? How did the food I cook end up looking so unappetizing? I take one crumb away from the plate and suddenly a few other crumbs fall down, and it seems like an uphill match against a long-time wrestling champion. Eventually I give up, because my hands are tired of holding my heavy DSLR camera, and decide I can’t care less if my picture doesn’t get accepted by food photography sites like Tastespotting or Healthy Aperture. But I still feel bothered and upset and lousy.

Or how about this.. I’m writing a post for my food blog, and I worry if the way I write exactly translates the message I want to convey, and what if not everyone likes what I’m putting out there, even if it means baring my feelings and laying it out for them to see?  What if my words don’t impact others like I’ve always inspired to? What does that say about me and my life-long dream of being a writer, whose aim is to create stories that bring people together? 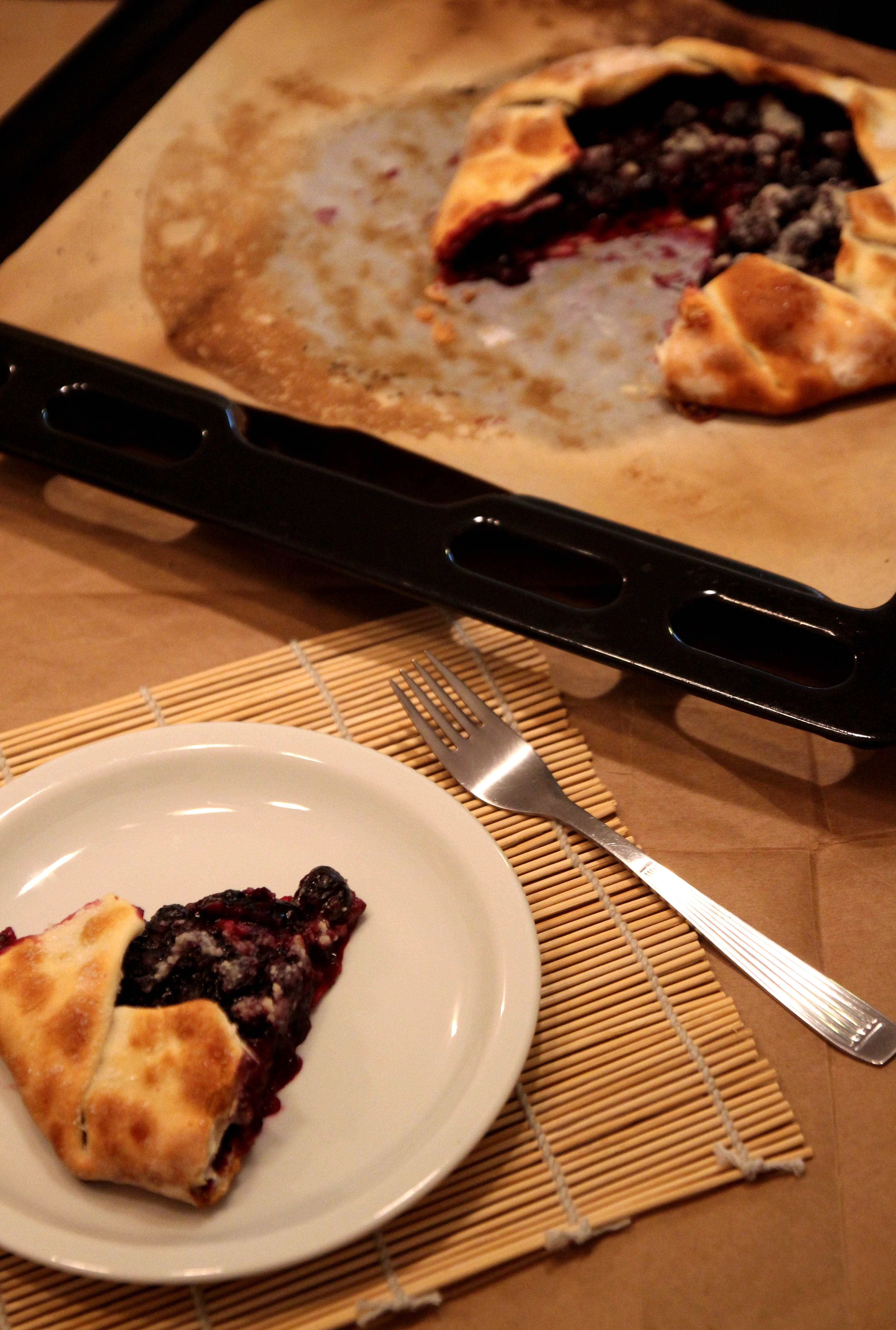 I’ve realized that honesty, and the bare naked truth is sometimes so much more difficult to admit than forming the illusion of an ideal life and being the perfect person.

I also know that for me, it is much harder painting a picture that has free-form strokes that criss-cross each other, than one with straight lines running parallel to each other, where the paint strokes go in order, where there is some kind of structured perfect. My painting professor has told me over and over again to break the need for perfection in my paintings, and it is only now that I’m beginning to see that it is something I need to break for every aspect of my life.

My dear friend Shanna expressed this almost identical train of thought the other day, when she wrote about stopping the battle of chasing perfection. Along with red fruit einkorn hand pies, she introduced us to a phrase that her pastor mentioned once, but that has stuck with her so much, it now comes out of her naturally. 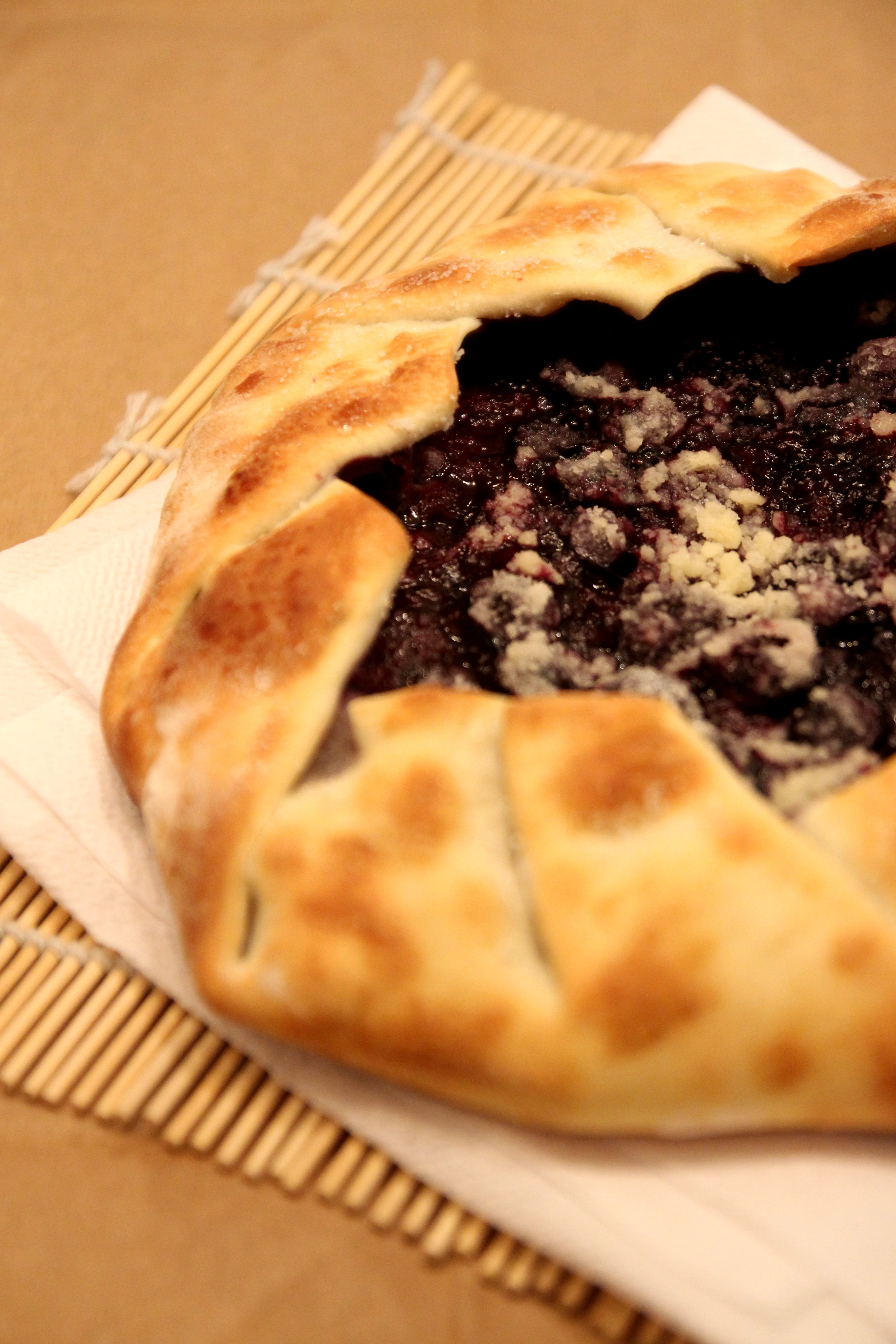 Wow. It took quite a while for the significance of this phrase to fall on me, but when it finally did, I was so struck by it that I still can’t get it out of my head.

Yes, I don’t really want to impress and to appear perfect. I don’t actually want to have people feel intimidated by me, or think I’m flawless.

All I really want is to be known.

To be known by friends and acquaintances alike, and for them to see me as I am.

A few days ago, I desperately wanted to make this amazing blueberry crostata that Seana had raved about.

(Remember Seana? She was the one who first introduced me to these flourless peanut butter cookies, the one that was such an incredible hit.)

Now, this blueberry crostata she wrote about seemed so incredibly easy, apart from the sophisticated Italian name. A “crostata” basically means a free-form tart, and is another synonym for galette. But there was a catch. It required a ready-made store-bought pie crust.

Ever since I’ve started learning how to roll and knead dough, and have made tart shells a couple of times, such as when I made Quiche Lorraine, or this strawberry and lemon mascarpone tart, or this apple cinnamon galette, I’ve internally vowed (and maybe even declared on this blog) that I will not go back to store-bought tart shells or pie crusts!

It took me a while battling the idea of whether making a crostata with a ready-made pie crust was considered truthful baking, but I soon threw up my hands in the air and decided that since I don’t have a rolling pin where I’m currently staying, I’m not going to be picky and fussy over that. 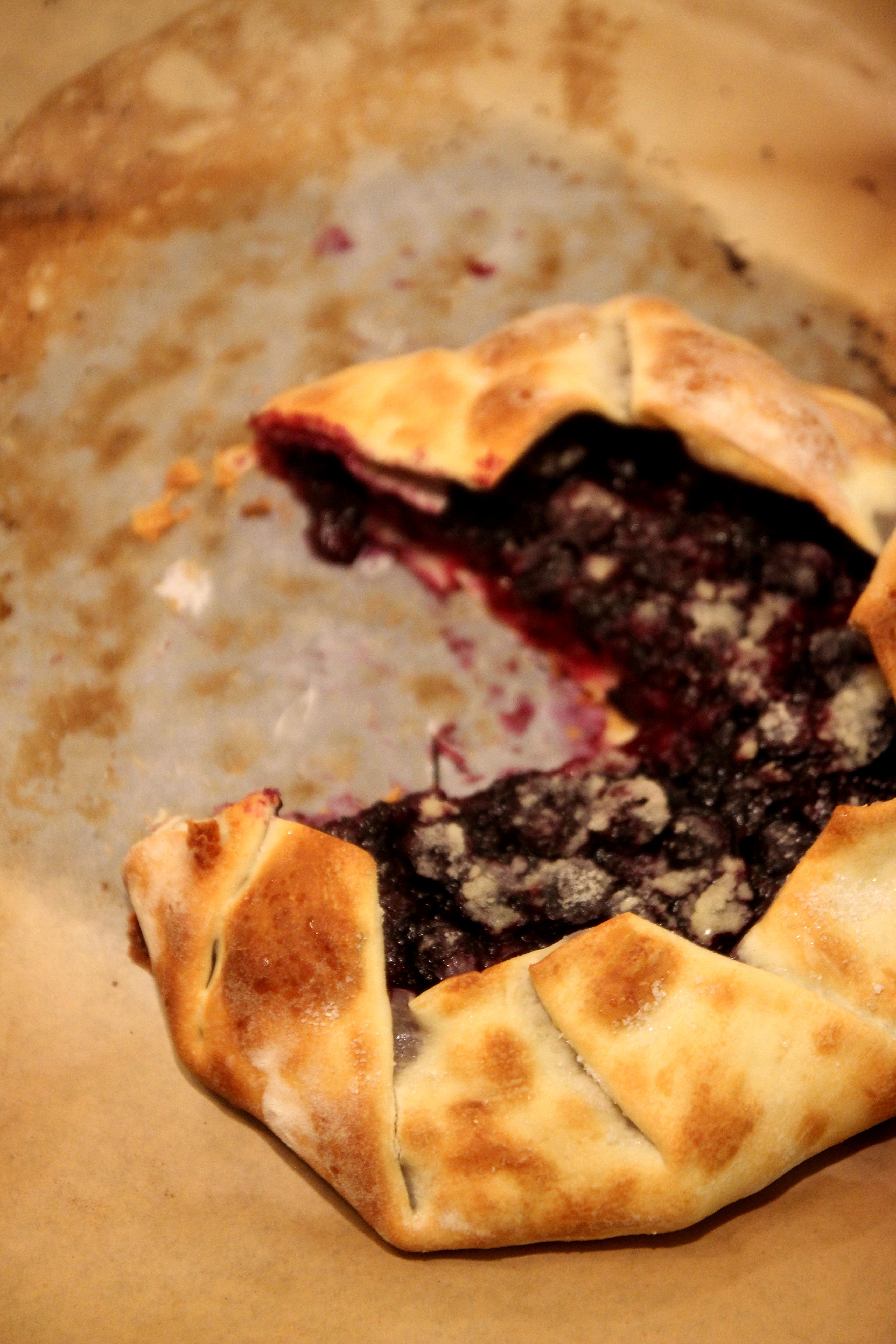 I think what really drew me to this recipe was how crazy easy it was to make, and the fact that  throwing simple, readily-available ingredients together could still create a final product that is both elegantly imperfect and plainly charming.

Perhaps it’s not the type of dessert you’d serve at a Michelin-star restaurant, nor something that might grace the menu at a fine-dining black-tie party.

It might seem way too simple, too ridiculously quick and uncomplicated to be considered worthy of attention. But that’s precisely why I find it so irresistible. 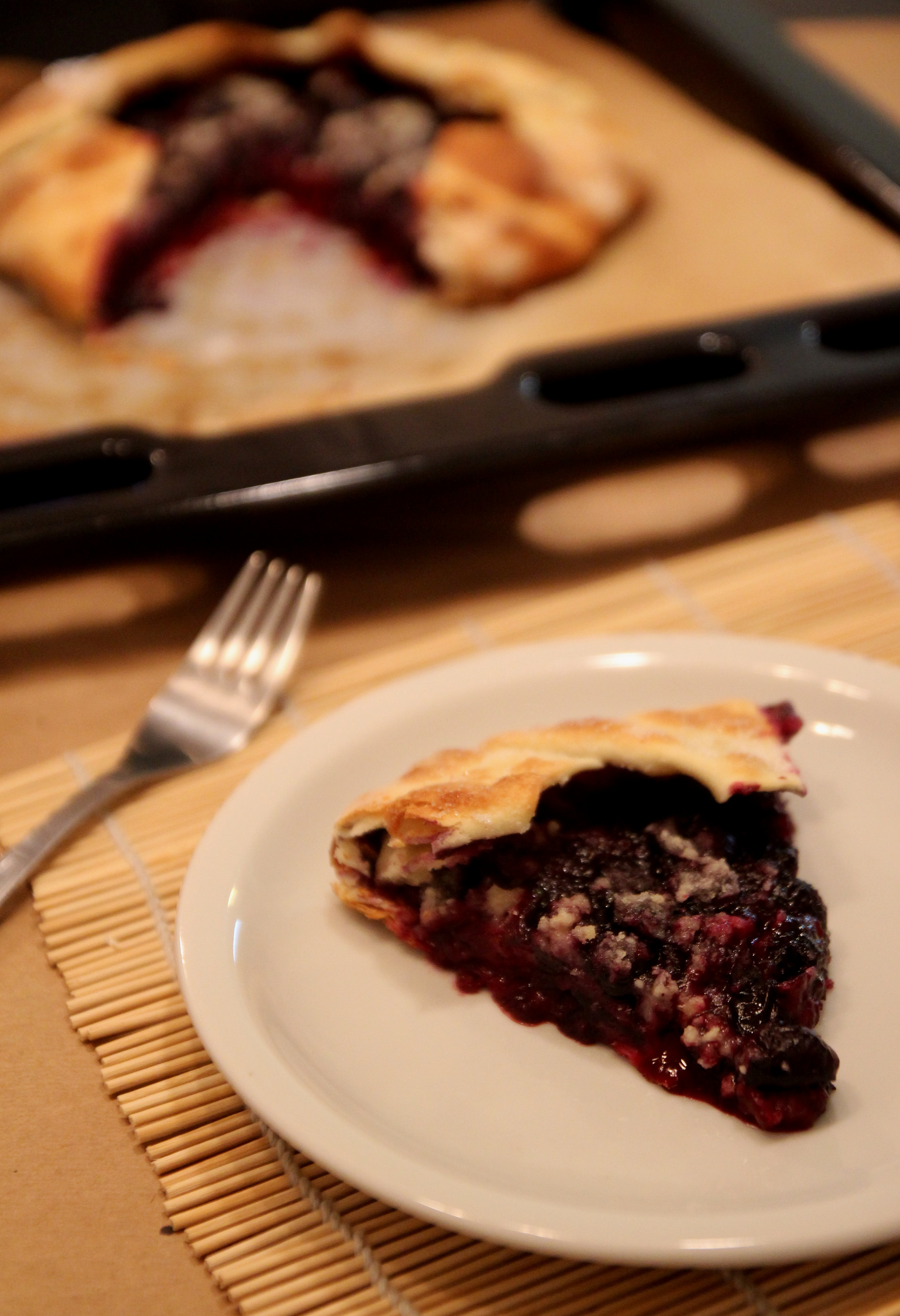 I love that the unevenly folded crust emanates character, and that because of a small hole in the crust, the bubbly blueberry juice spills over, staining the brown parchment paper. I adore that the crust is browner in some parts and yellower in others, that one side of the crust stands up higher than the other, that it’s just so random and thrown-together, just still looks beautifully imperfect. Best of all, I’m amazed at how the crispy crust contrasts  amazingly with the melted blueberries in the middle, whose tangy sweetness intersects with little crumbs of dough.

Among the many definitions of the word “rustic”, I like the one which states “charmingly simple ” best. 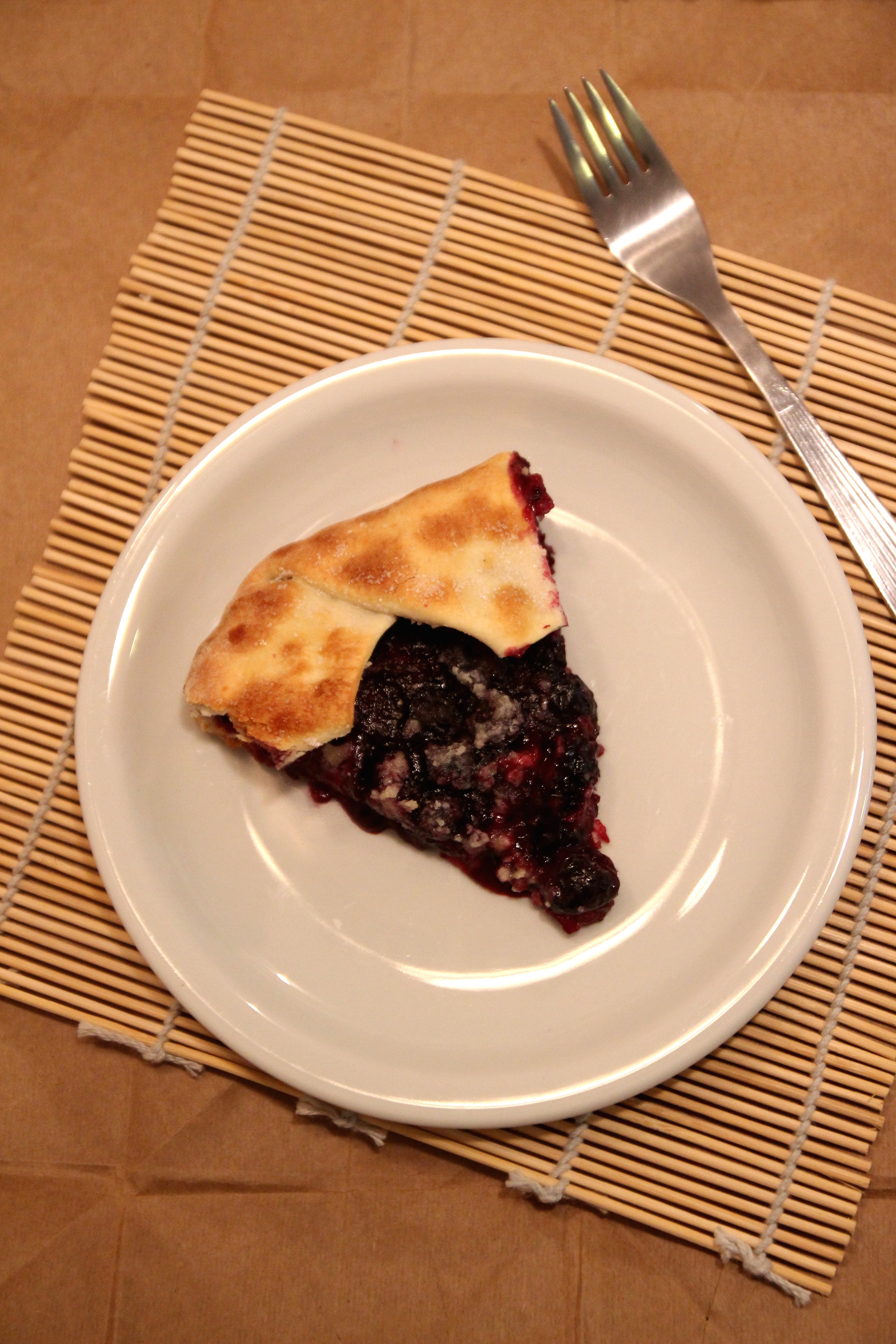 This is a free-form, no-frills fruit tart, with a fancy Italian name that should by no means throw you off. 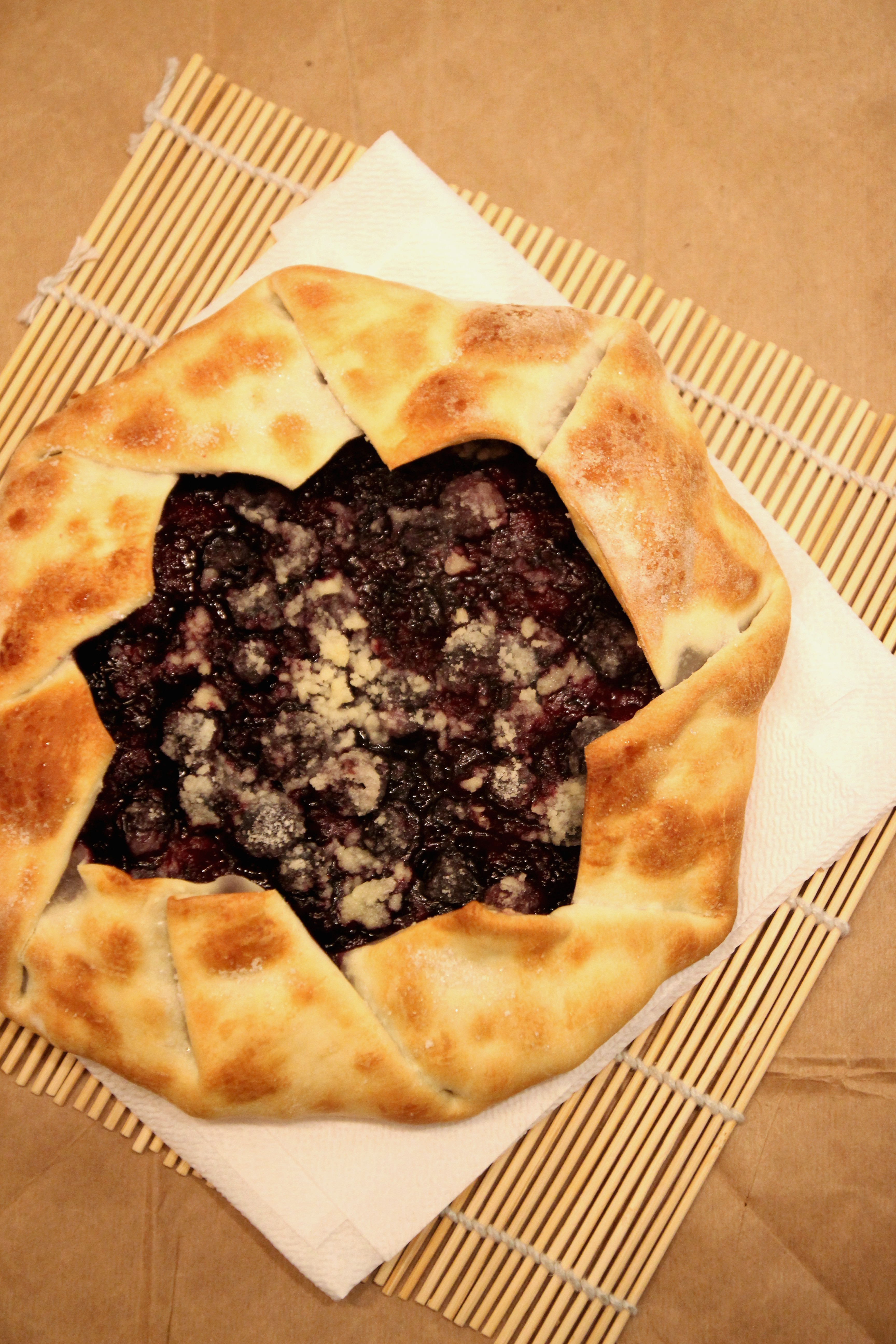 You could call it unsophisticated, or unrefined, or whatever other adjective. 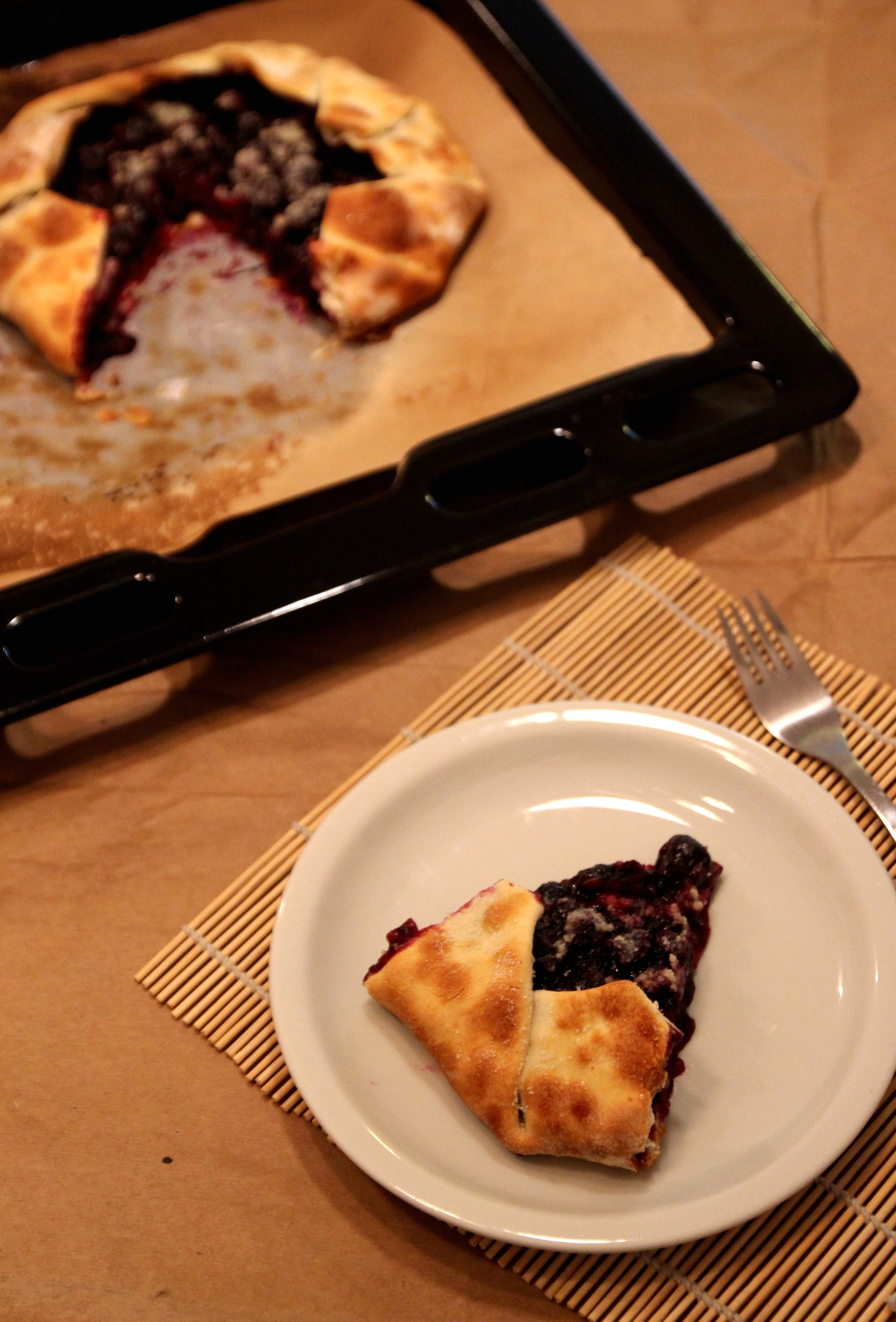 For the filling:
1) 250g of fresh blueberries (or any other type of berries you prefer)
2) 1 ½ tablespoons of all-purpose flour
3) 1 tablespoon of sugar
4) zest and juice of half a lemon
5) 1 ready-made pie crust (in the shape of a circle) – I bought mine, but you can always make your own, such as the one I used in my Apple Cinnamon Galette recipe 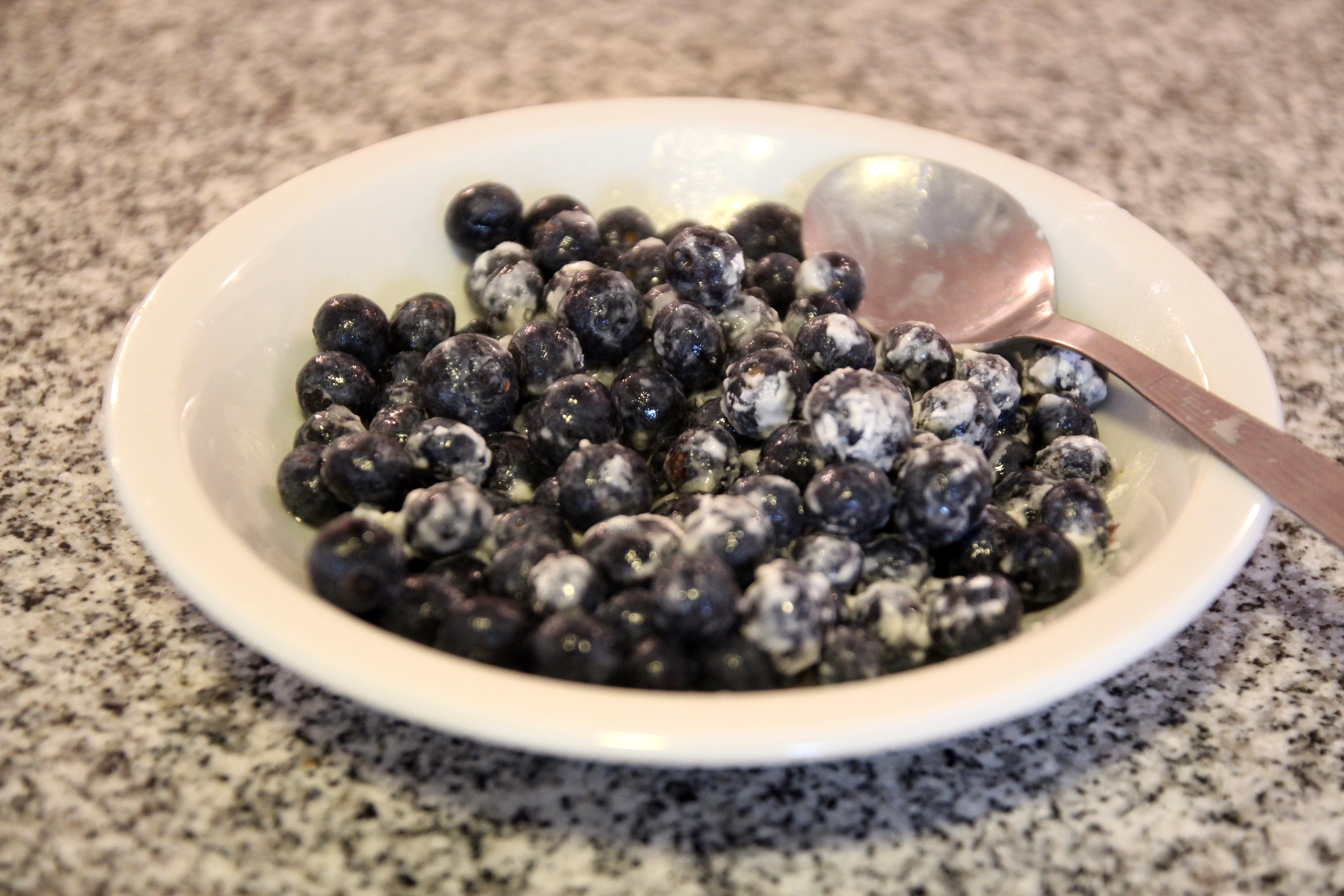 Mix flour, 1/4 cup sugar and butter together until you get a crumbly texture: 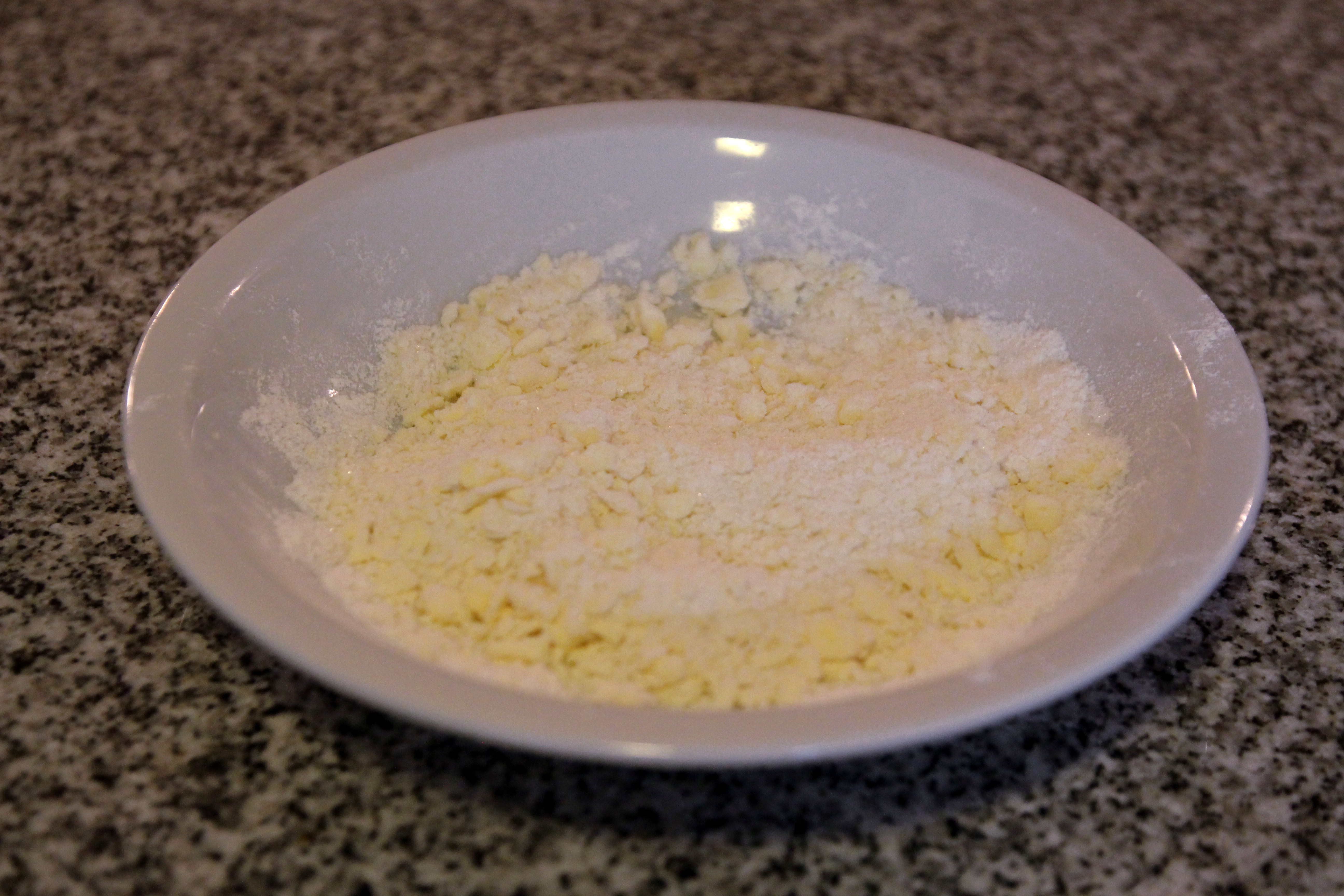 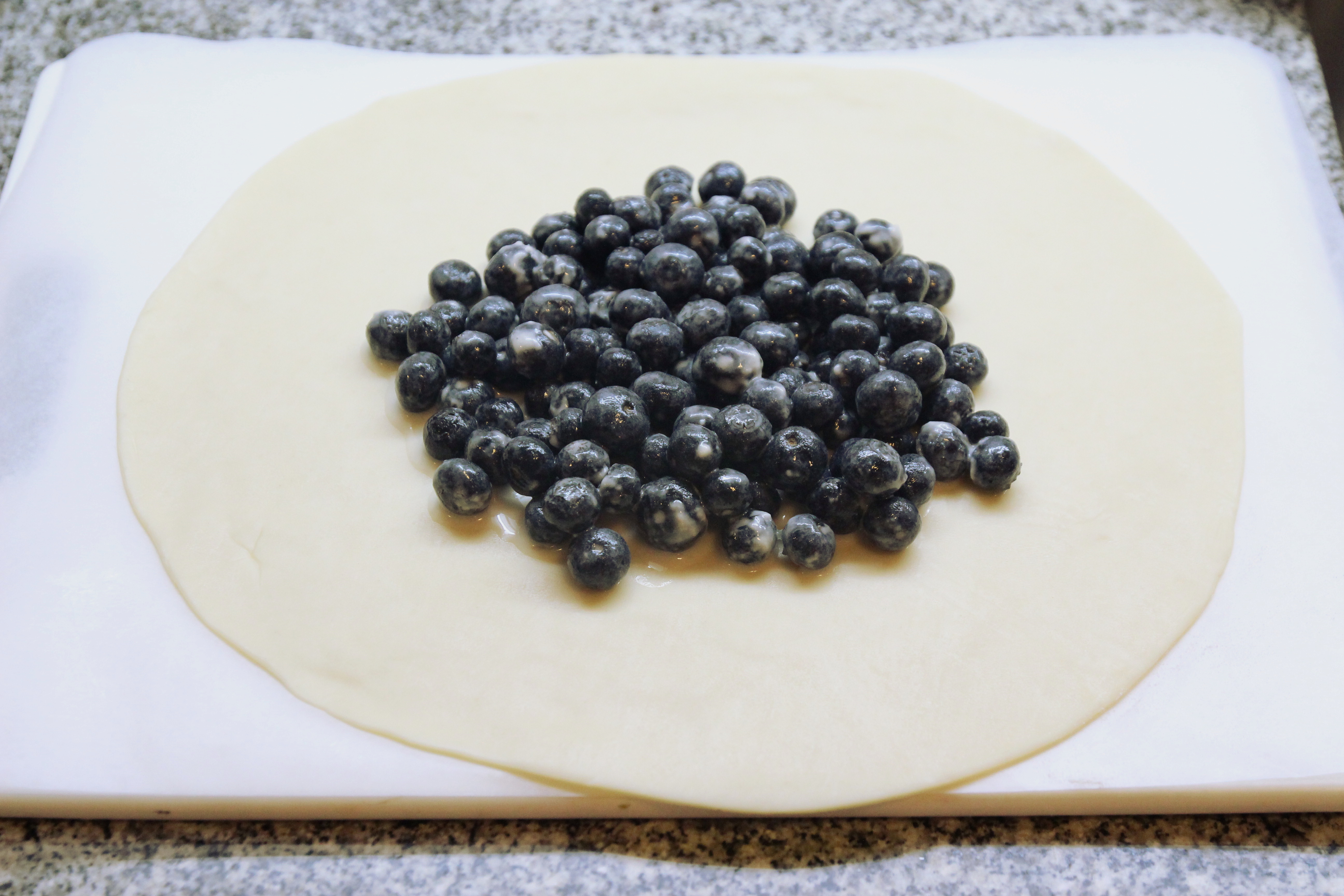 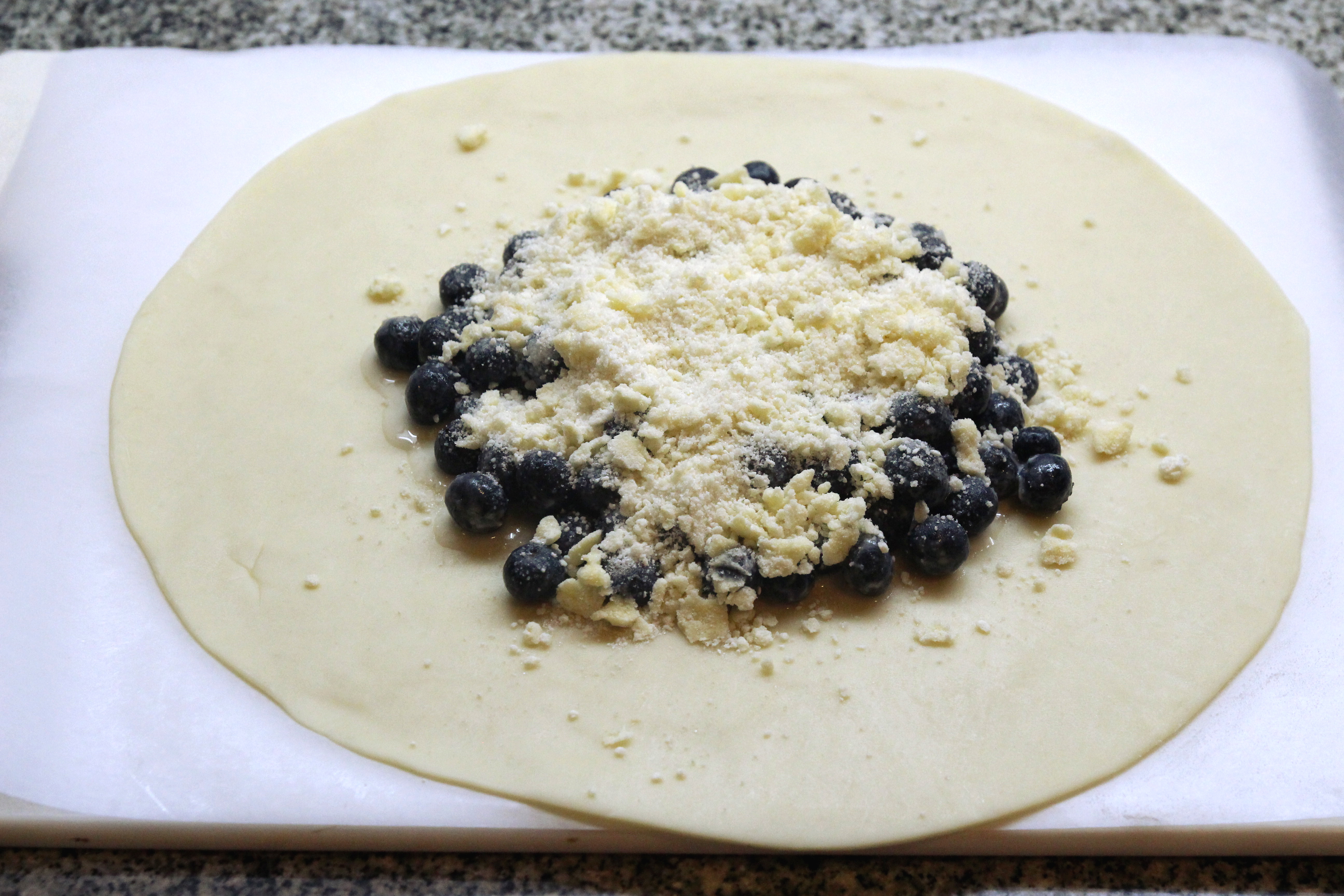 Fold extra pie crust inwards, making overlaps with the crust, until all the crust is folded to prevent blueberries from spilling out, and sprinkle the 1 tablespoon of sugar evenly over the crust, pressing sugar down lightly on crust dough: 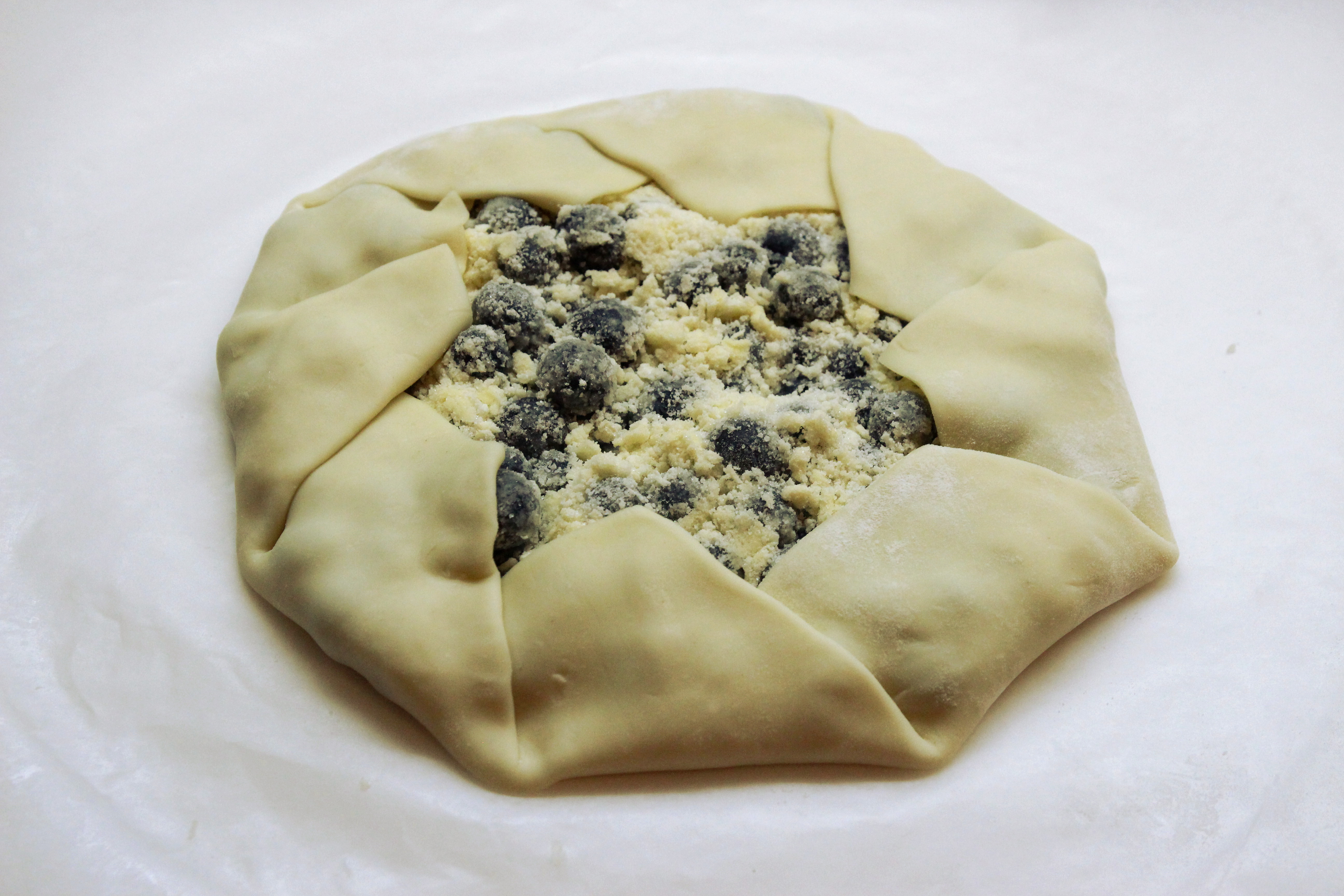 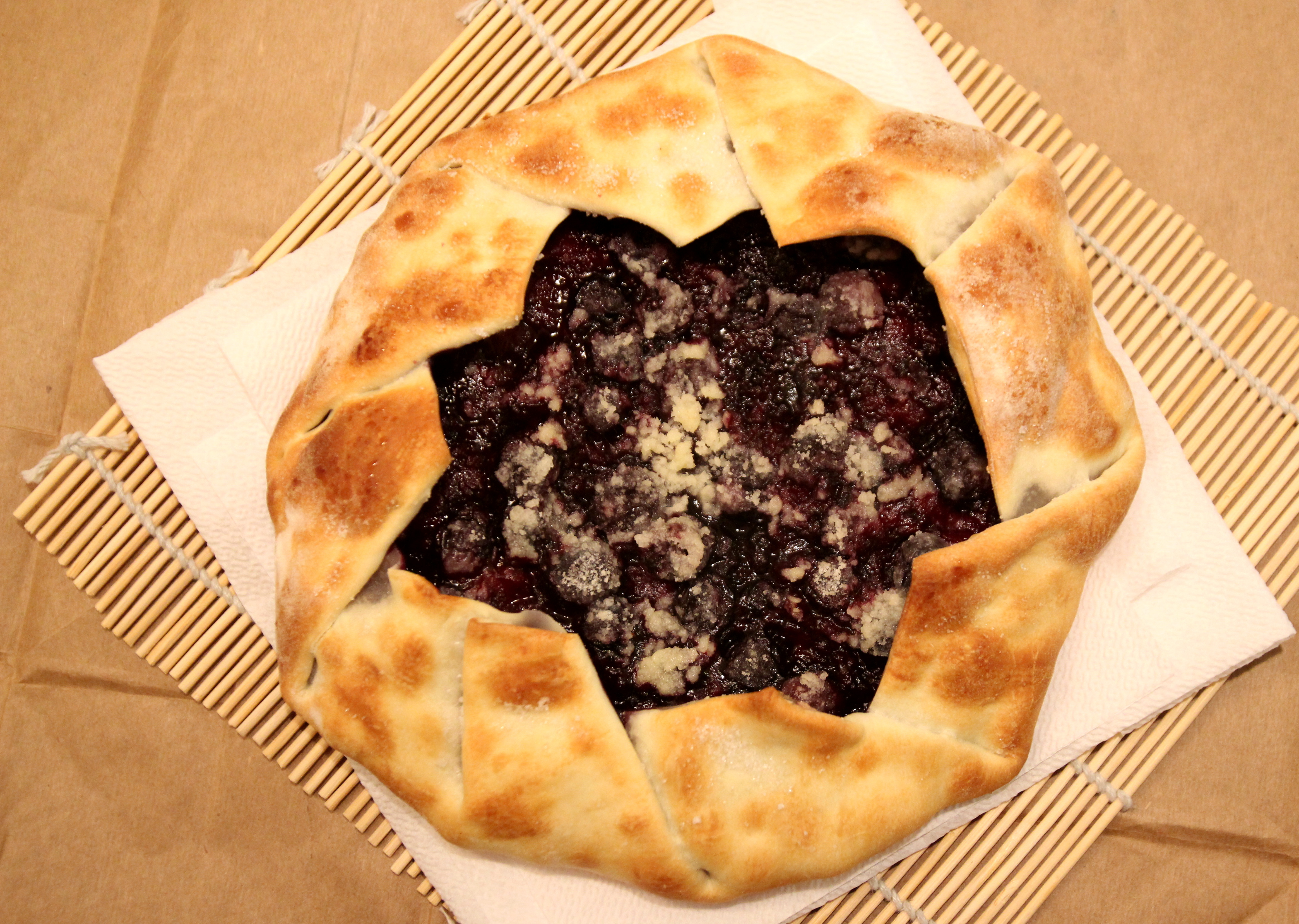 Allow crostata to cool for 10 minutes before cutting and serving: 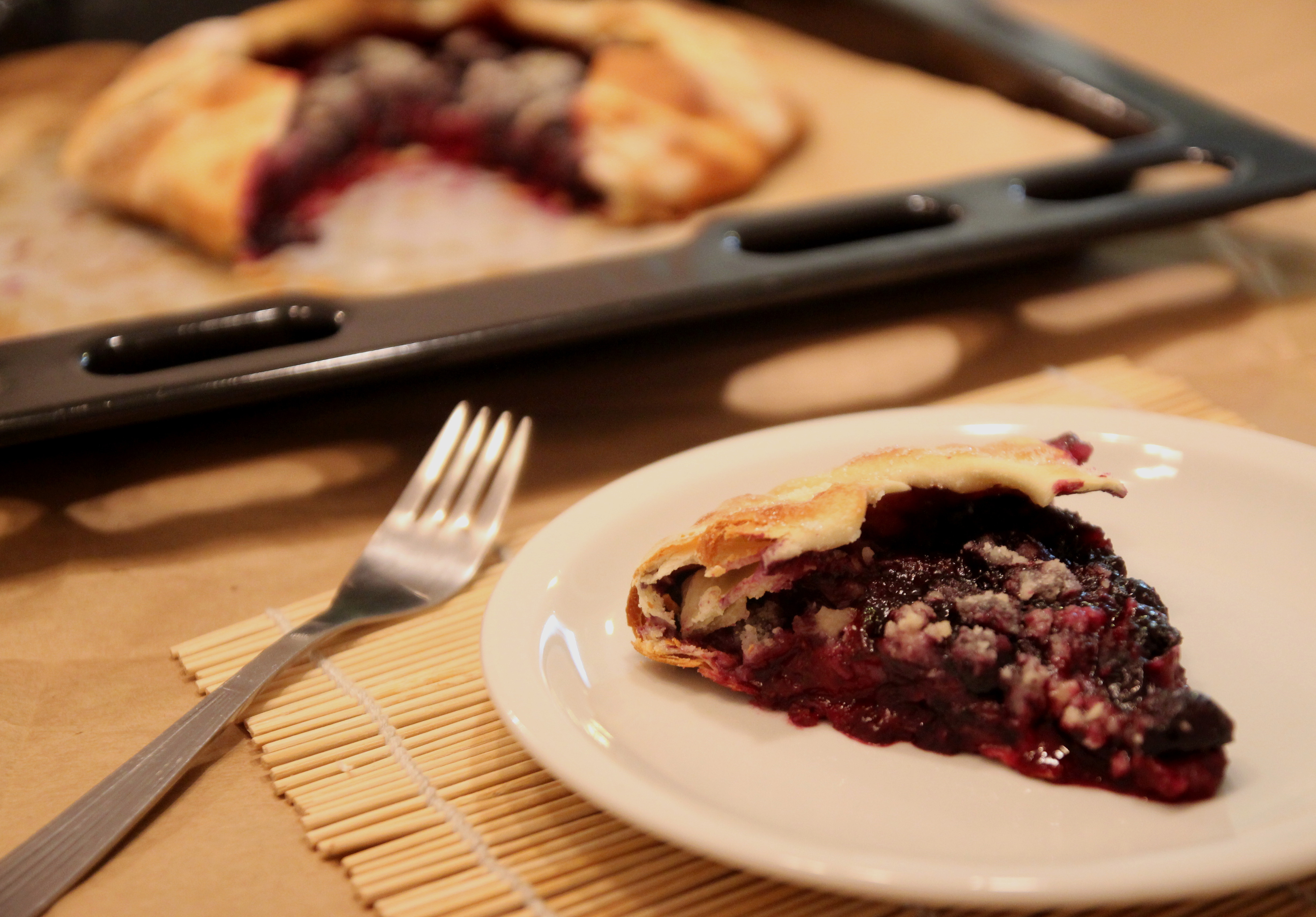