Viola! I am so terribly excited! I just realised that this is my 100th post since I started this site, and so I will celebrate this momentous occasion by commemorating my favourite food staple, RICE. 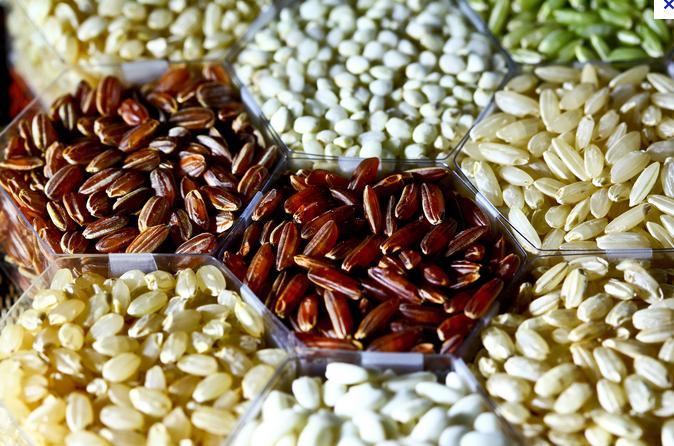 I did some reading up on rice on Wikipedia (one of my favourite open-source sites), and was really intrigued by how many variants of rice there are, and how it is the number one staple for human consumption in the world (followed by maize).

Cooking Rice, according to Wikipedia:http://en.wikipedia.org/wiki/Rice

Rice is cooked by boiling or steaming, and absorbs water during cooking. It can be cooked in just as much water as it absorbs (the absorption method), or in a large quantity of water which is drained before serving (the rapid-boil method). Electric rice cookers, popular in Asia and Latin America, simplify the process of cooking rice. Rice (or any other grain) is sometimes quickly fried in oil or fat before boiling (for example saffron rice or risotto); this makes the cooked rice less sticky, and is a cooking style commonly called pilaf by American chefs or biryani (Dam-pukhtak) in India, Pakistan, and Iran.

Rice may also be made into congee (also called rice porridge, fawrclaab, okayu, Xifan, jook, or rice gruel) by adding more water than usual, so that the cooked rice is saturated with water, usually to the point that it disintegrates. Rice porridge is commonly eaten as a breakfast food, and is also a traditional food for the sick.

Rice may be soaked prior to cooking, which saves fuel, decreases cooking time, minimizes exposure to high temperature and thus decreases the stickiness of the rice. For some varieties, soaking improves the texture of the cooked rice by increasing expansion of the grains.

Instant rice differs from parboiled rice in that it is milled, fully cooked and then dried. There is a significant degradation in taste and texture.

A nutritionally superior method of preparing brown rice known as GABA Rice or GBR (Germinated Brown Rice) may be used. This involves soaking washed brown rice for 20 hours in warm water (38 °C or 100 °F) prior to cooking it. This stimulates germination, which activates various enzymes in the rice. By this method, a result of research carried out for the United Nations International Year of Rice, it is possible to obtain a more complete amino acid profile, including GABA.

Cooked rice can contain Bacillus cereus spores, which produce an emetic toxin when left at 4–60 °C (39–140 °F). When storing cooked rice for use the next day, rapid cooling is advised to reduce the risk of toxin production. One of the enterotoxins produced by Bacillus cereus is heat-resistant; reheating contaminated rice kills the bacteria, but does not destroy the toxin already present.

Rice flour and starch often are used in batters and breadings to increase crispiness.

4 famous types of rice recipes, according to Wikibook’s Cookbook: http://en.wikibooks.org/wiki/Cookbook:Rice

Risotto is an Italian rice dish, most popular in the north of Italy. Historically, risotto is the name given to all recipes that use rice as the main component and are served as first dish in a traditional Italian lunch or dinner as usually pasta also is. Rice, arriving in Italy six centuries ago from the Far East, found an ideal location to its cultivation in the Po river plain and during the Renaissance gradually replaced rye, barley and millet for its ease of preparation and nutritious power. Its diffusion across the country gave origin to hundreds of recipes which contain components of different local cultures. But the founder of all risotti is the Milan risotto, also called saffron risotto.

Generally the rice is slowly cooked in stock, but other liquids can be used. What’s described here is a basic risotto recipe. Grated or ground parmesan cheese is almost always sprinkled on top. It can be eaten as is, but risotto is generally enjoyed with one or two ingredients added. In Italy, risotto is, like pasta, usually served as first course, the second course being meat or fish.

For types of risotto that I have cooked, please click this link: RISOTTO RECIPES. 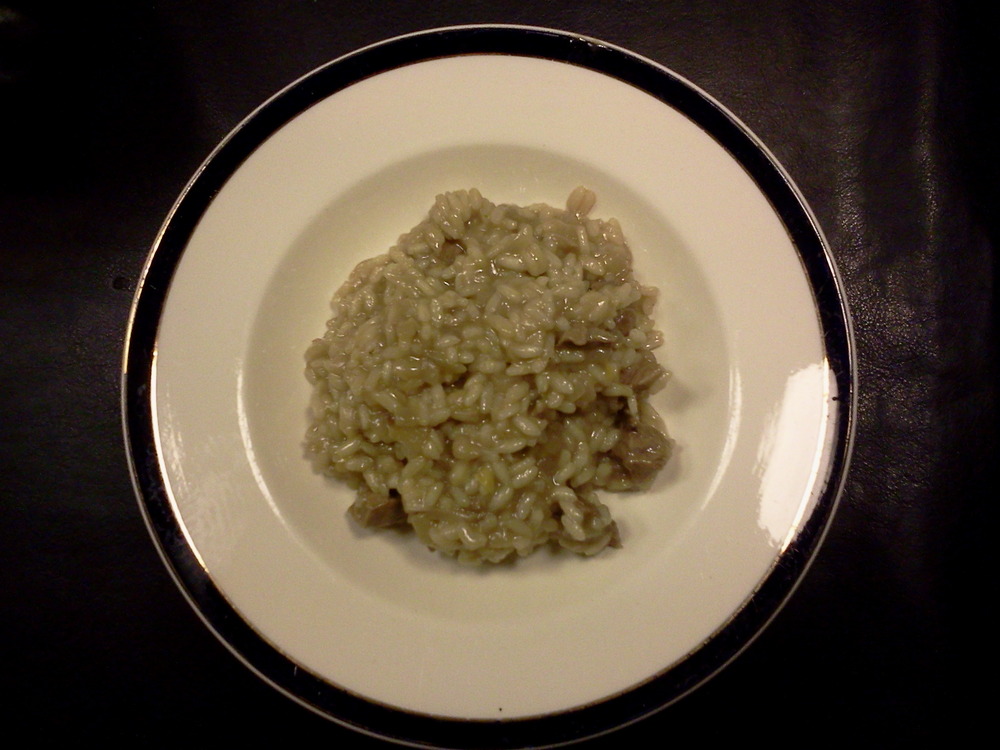 Paella is a type of slow food. It takes at least two hours to make and should be savored over a long meal with family and friends. A paella meal in Spain has the same pacing as a Thanksgiving meal in the United States. However, many Spaniards cook paella every Sunday.

Paella originated in its modern form in the mid-19th century near lake Albufera, a lagoon near the eastern coast of Spain’s Valencian region. Many non-Spaniards view paella as Spain’s national dish. However, most Spaniards consider it to be a regional Valencian dish. Valencians, in turn, regard paella as one of their cultural symbols.

Most paella chefs use calasparra or bomba rices for this dish. Other key ingredients include saffron and olive oil. 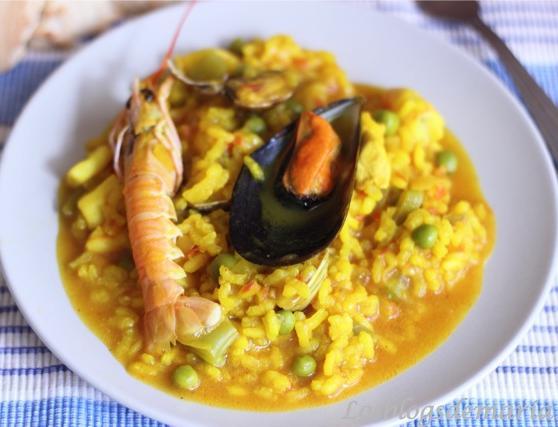 Pilaf is a class of rice dishes, most commonly referring to rice cooked in a seasoned broth with meat or vegetables.

An example of pilaf rice is the Chipotle rice pilaf featured on Never Trust a Skinny Chef. (Photo below is from the blog). 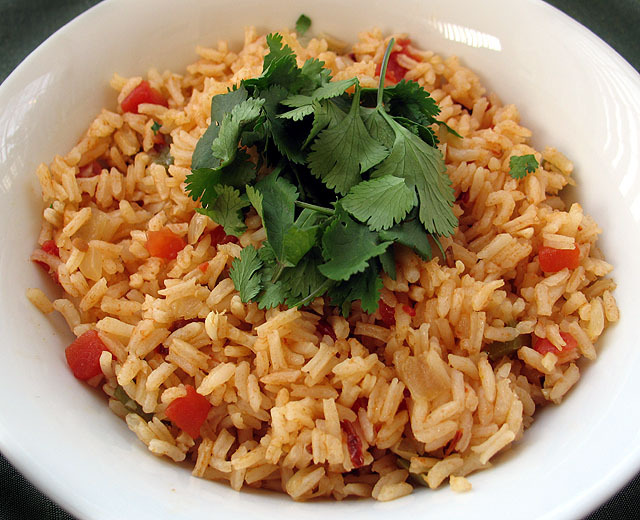 Rice pudding is a dish made from rice mixed with water or milk and sometimes other ingredients such as cinnamon and raisins. Different variants are used for either desserts or dinners. When used as a dessert, it is commonly combined with a sweetener such as sugar.

An example of rice pudding is “Arroz con Leche” which literally means rice with milk, as shown in Sheilly’s post on Arroz con Leche. (Photo below belongs to Sheilly).