×
You are here: Home / Living in Argentina / My Sister’s Passion for Horses

When we were much younger – I was about five and she was two – my sister Valerie and I spent almost every waking moment together.

We were close as knots, and had the same identical haircuts, our fringe cut in a straight line just above our eyes.  Thanks to the ingenious fashion sense my parents had, Val and I also spent much of our childhood dressed in the same outfits – one of my favorite memories is the picture of the both of us donning identical green dresses with a Donald Duck print on the front. Together with our hairstyles and the matching outfits, it wasn’t hard to tell that we were sisters.

Before my brother Ronald was born and we formed “The Three Musketeers“, my sister and I played together – with Barbie dolls and Play Dough, or just circling the garden with our tiny tricycles. Most of the time she tagged along with me, following me around since I was the elder one and the taller one (back then at least – she now beats me by about 5cm). I’d pinch her chubby cheeks and ruffle her hair, and she was still so little she would just smile, her little eyes scrunched up and her tongue sticking out – she was such a cute little bundle of joy. We were almost inseparable.

When we grew a bit older – when suddenly the world didn’t only involve just our siblings, but also included for the first time other little people called “friends” from kindergarten and primary school – we slowly but gradually grew apart, each with our different lives and social circles. Life’s like that, and over time we somehow got used to the distance, and despite living in the same house, her room just next to mine, we were comfortable not sharing much with each other.

That is, at least until I moved to Buenos Aires. 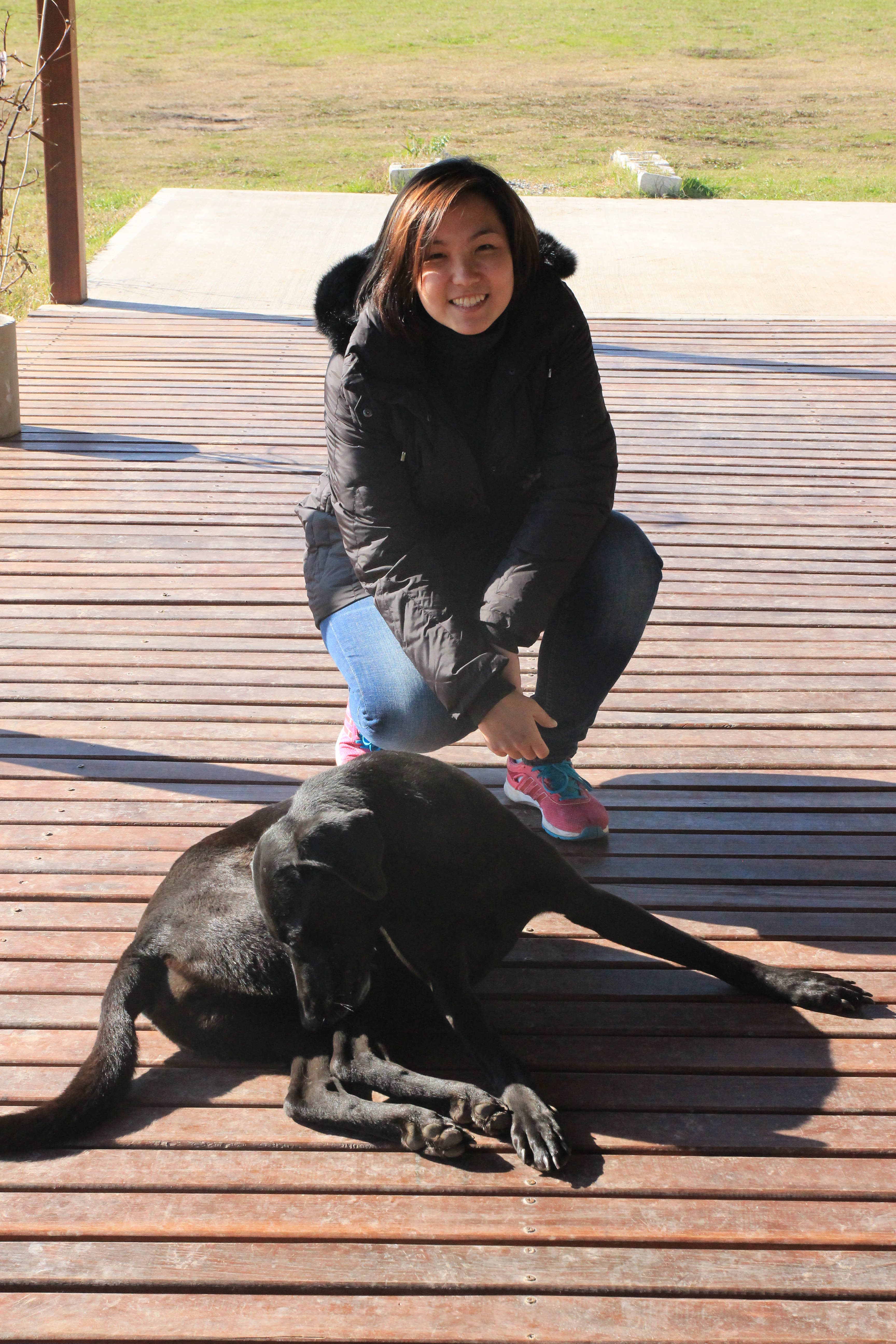 The best part is when she comes and visits, just like now, when she’s down here in Argentina, and we’re staying in the same apartment, watching back-to-back crime shows like her favorite series “Criminal Minds“.

For as long as I can remember, Valerie has always surprised and inspired me with her passion and determination for the things that she loves.

You might remember that it was thanks to Val that my mum and I ended up riding on horse-back and cantering in the nature reserve with the instructors at Caballos A La Par. More precisely, it was because of her that I first found Caballos A La Par back in September 2011, and also because of Val, that we ended back at the stables this month – quite a few times in fact. 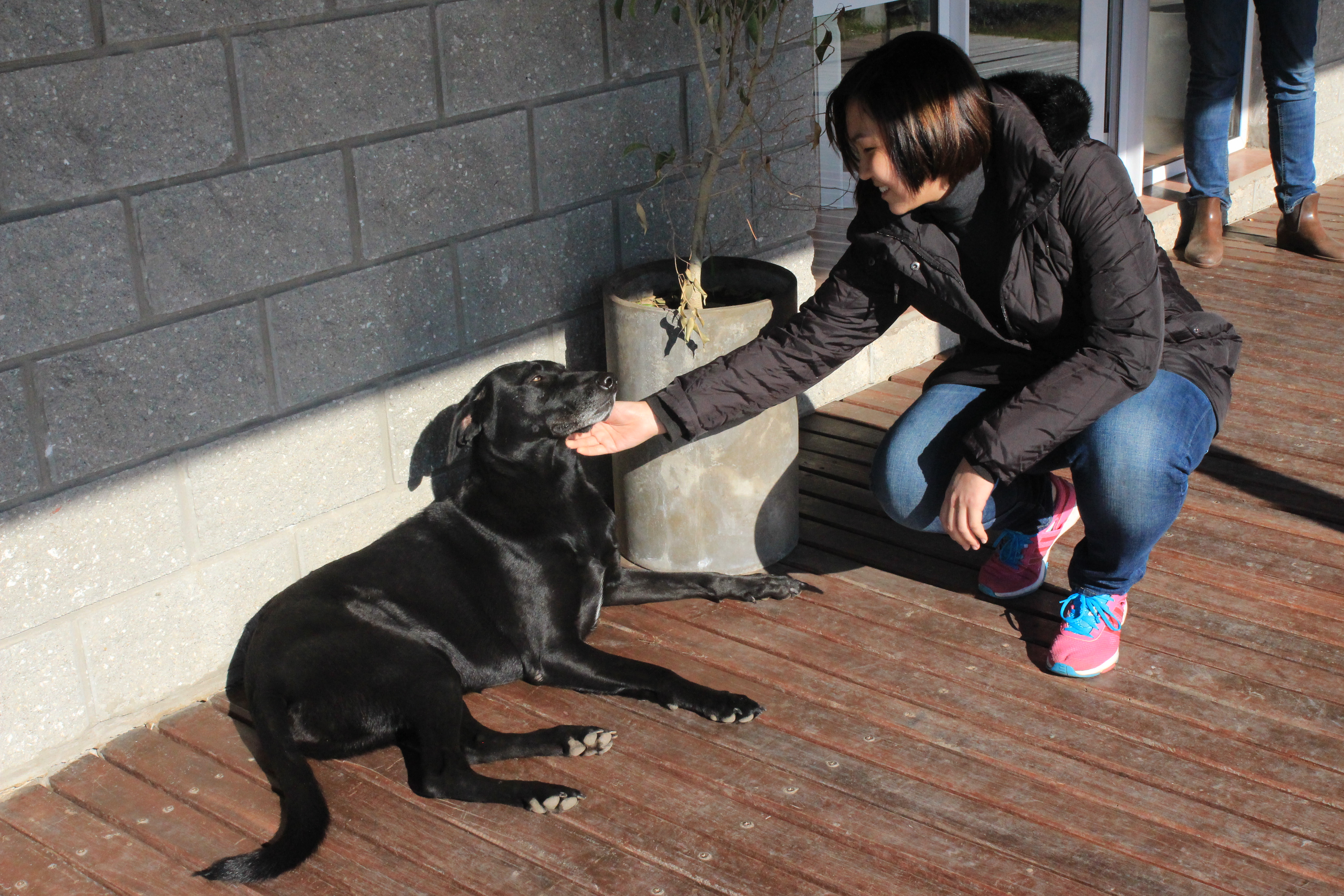 When I first asked her what she would like to do in particular since she would be staying in Argentina for around six weeks this time– Val replied, “Just horse riding”.

I’ll be honest, and tell you that I thought she was just in it for the thrill and novelty of it, and that she might get bored of it after a while – and then I realized how dreadfully wrong I was. 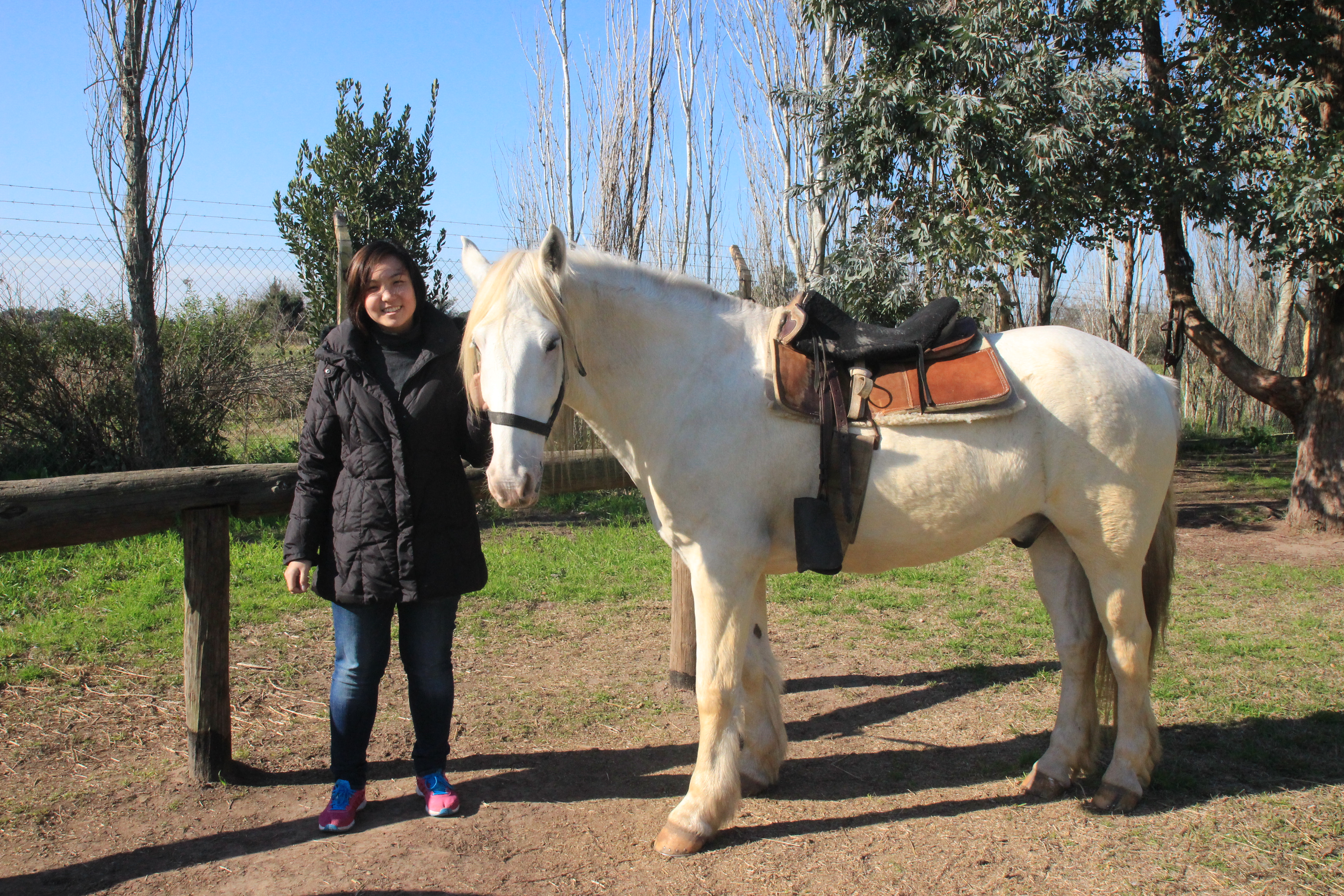 She isn’t the most expressive person I know, but when she’s on a horse, sitting on the saddle, and feet in the stirrups, holding onto the reins and simply directing the horses along the path she wants to take, or maybe cantering in the open fields straight on, something lights up inside of her.

Because she’s my sister and I know her very well, I know that when she lights up like that, it’s because she’s really, truly happy and enjoying herself.

“What makes you really happy, I mean, very, very happy?” I asked my sister over our humble home-cooked dinner of chicken sausage fried rice the other night.

Val looked up from her food, paused a little while and thought, then said with a conviction as strong as iron, “Horse riding makes me really happy.” 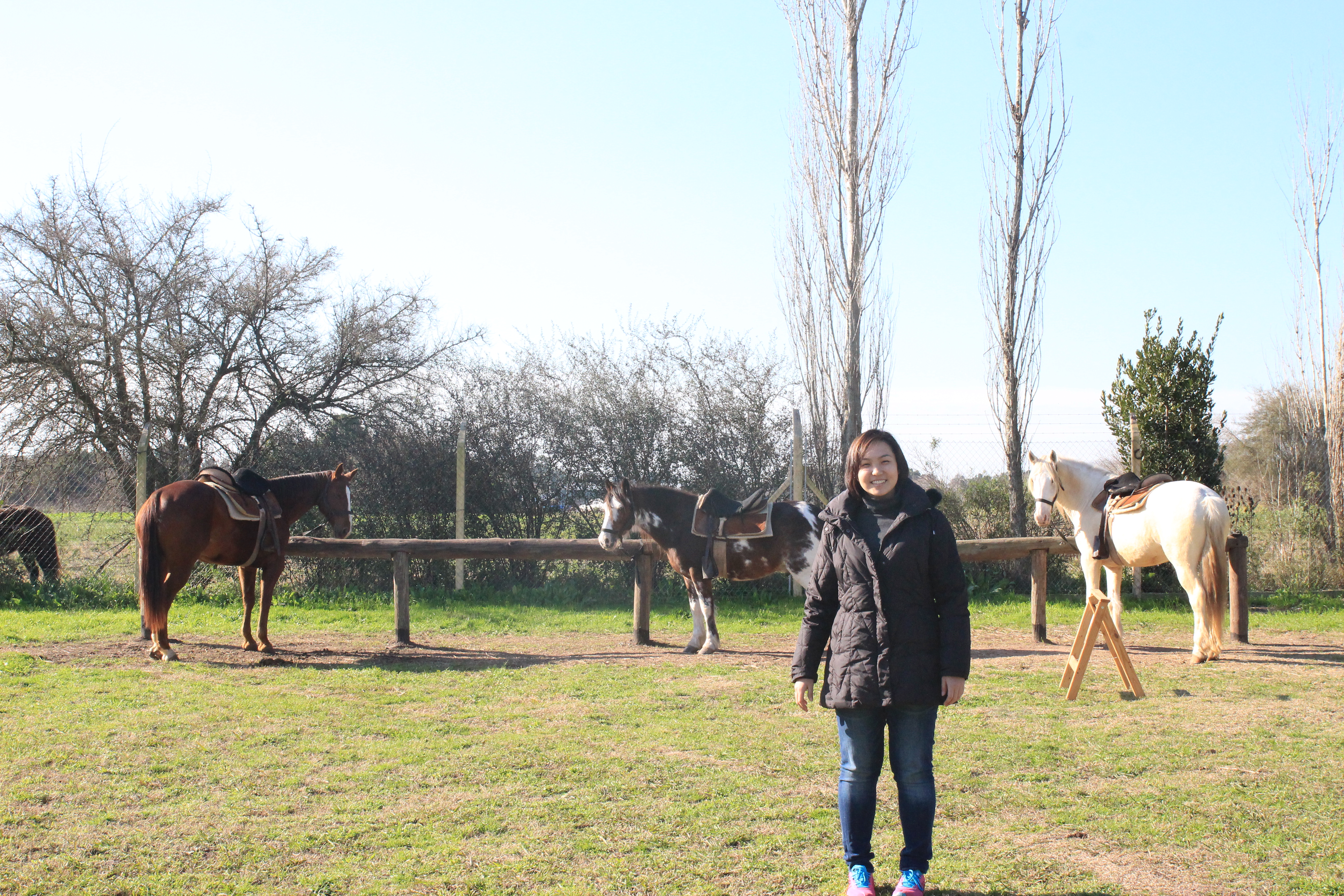 So there we were again, back at the stables with Miriam, our sweet Dutch friend, last Saturday, after my mum had taken the flight back to Singapore the day before. Because we’d previously ridden with my mum, it originally felt a little weird that she wasn’t with us at the stables. 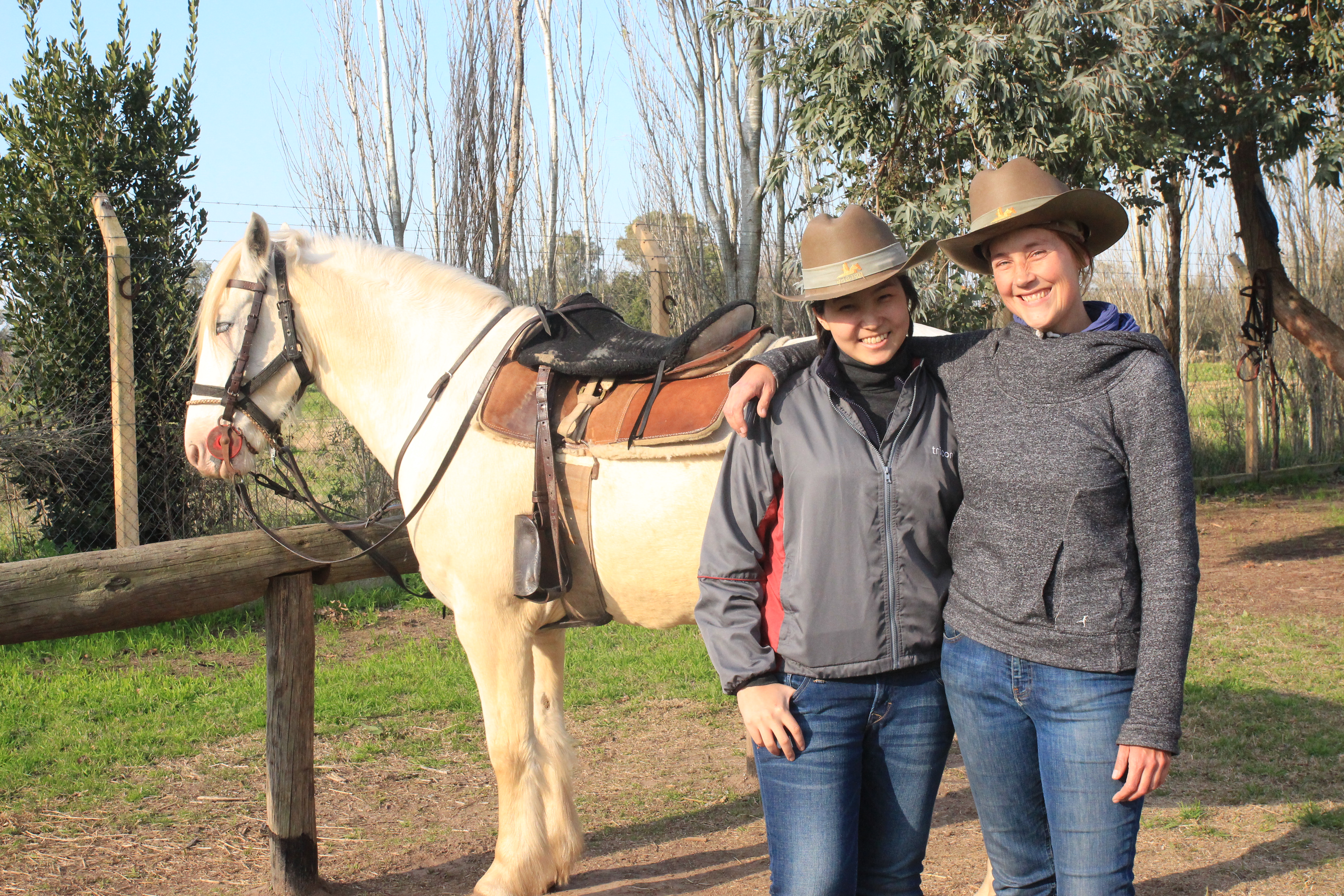 Miriam’s Dutch friend, Jantine, was also there to ride, and we gathered around the table near the fireplace, warming ourselves from the winter chill over fluffy fresh cheese biscuits and sweet mate.

After the introductory conversations about what we were doing in Argentina (an inevitable conversation starter among all Argentina-based foreigners), I found myself hitting it off really well with the girl with shoulder-length blond hair who had re-located to Buenos Aires to study veterinary and pursue her childhood dream of becoming a vet.

It also turns out that Jantine writes really well in Spanish, English and Dutch, and one of her dreams is to write a book one day (just like me!) and I’m so glad I found another fellow writer! 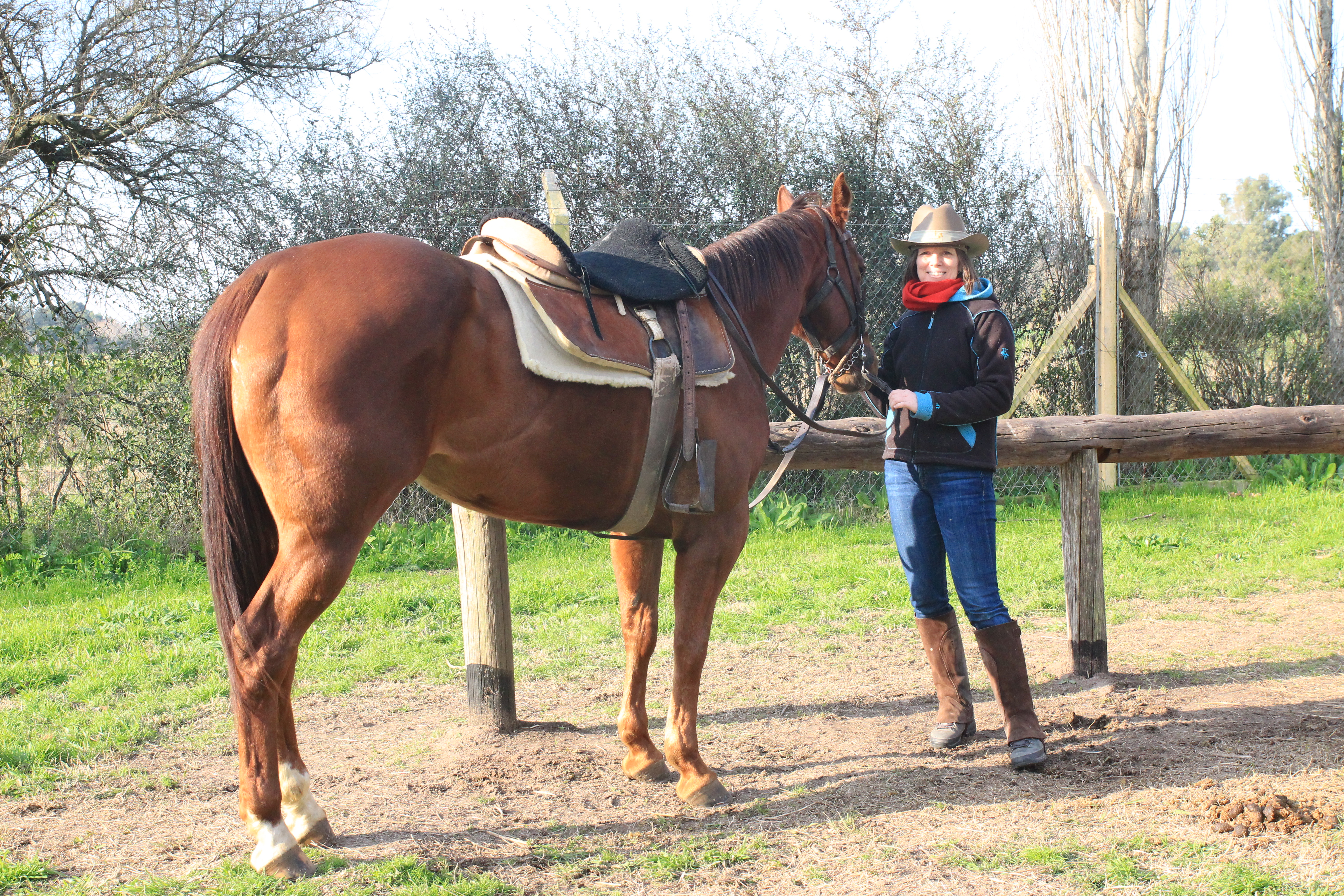 Eventually, the sun finally started shining brightly, despite early morning clouds that had originally threatened a grey and cold afternoon. 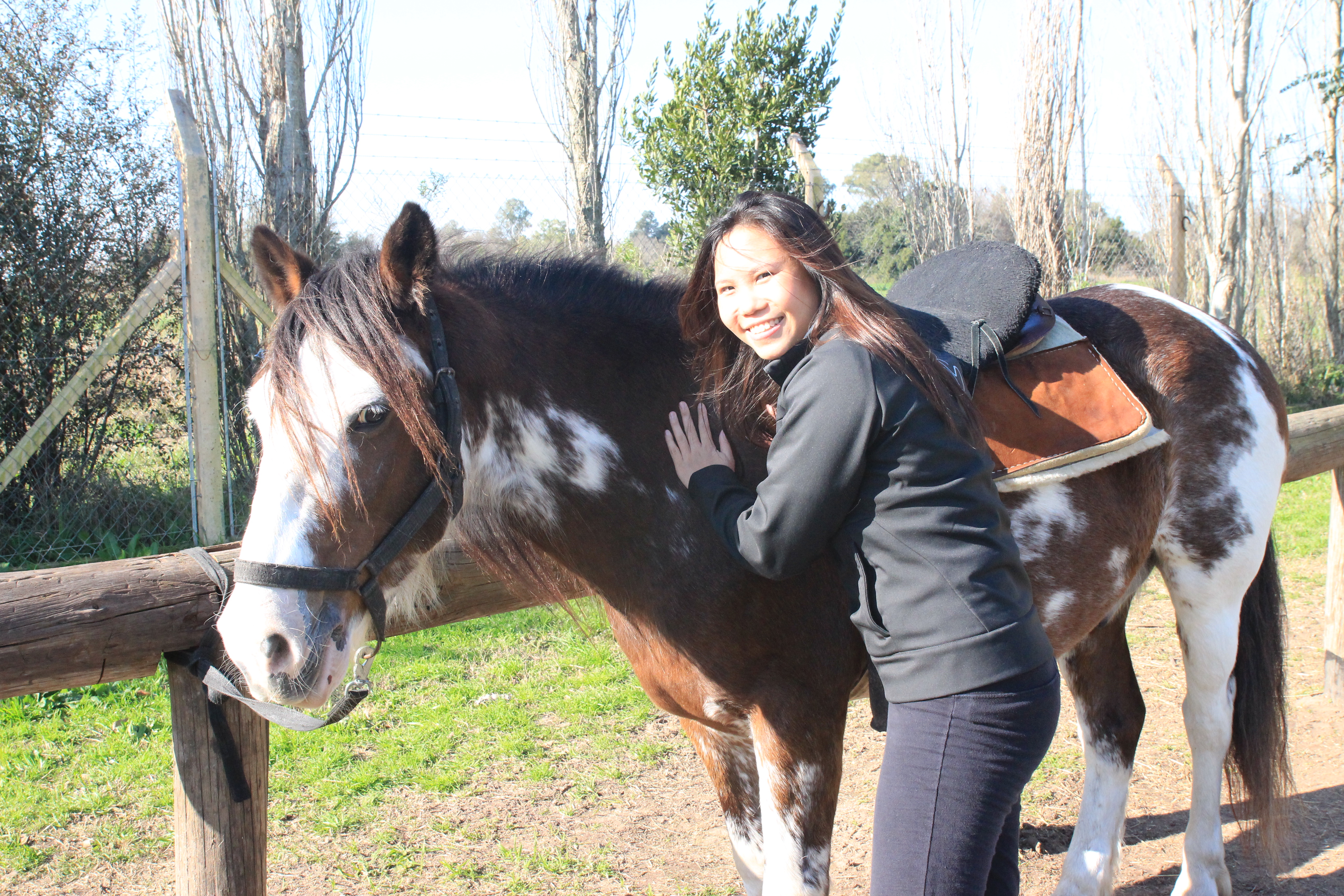 We slipped on our half chaps, got on our horses, and started riding. 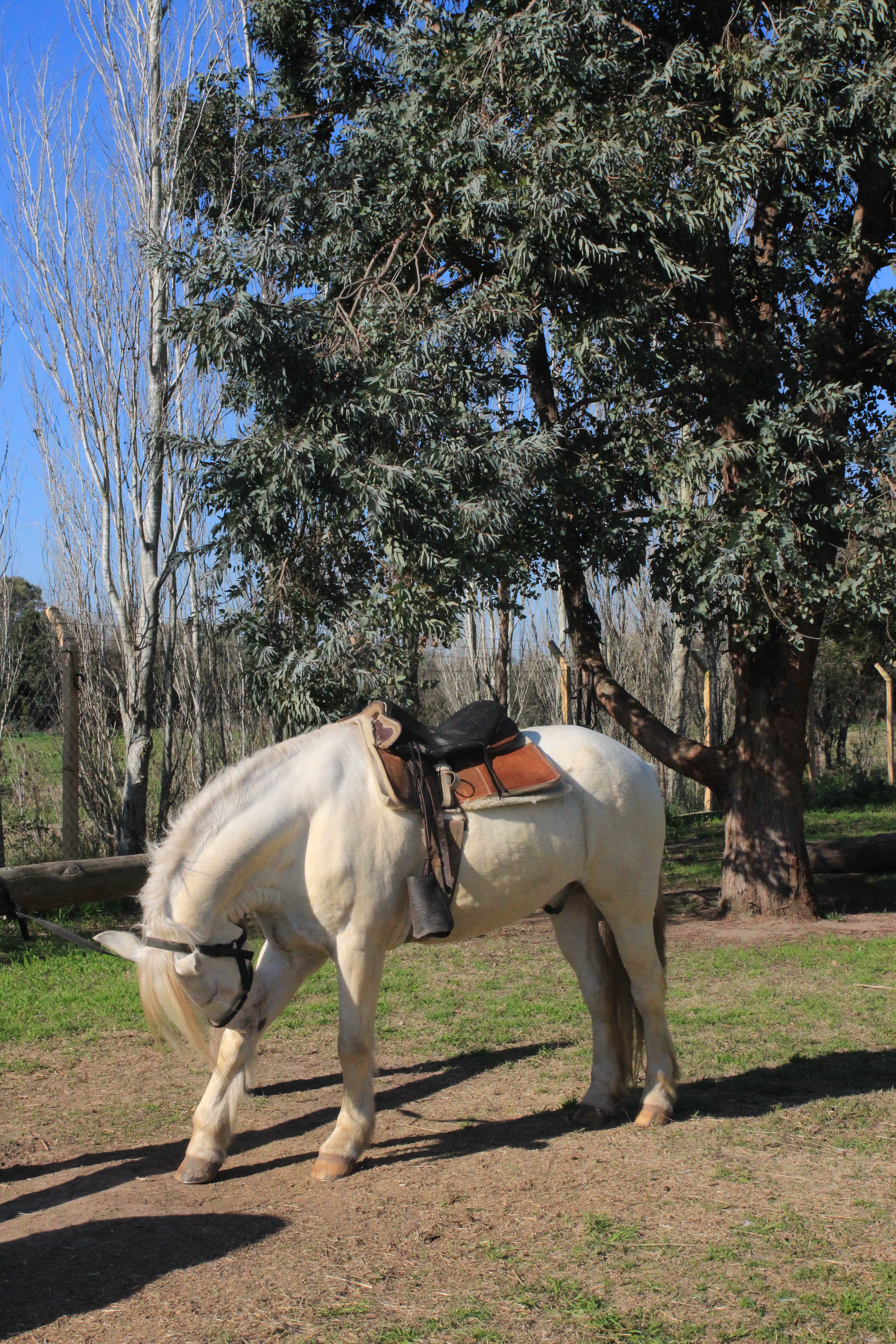 The sun was good to us that day; its rays spilling over the horses and the fields, painting them a beautiful shade of gold. 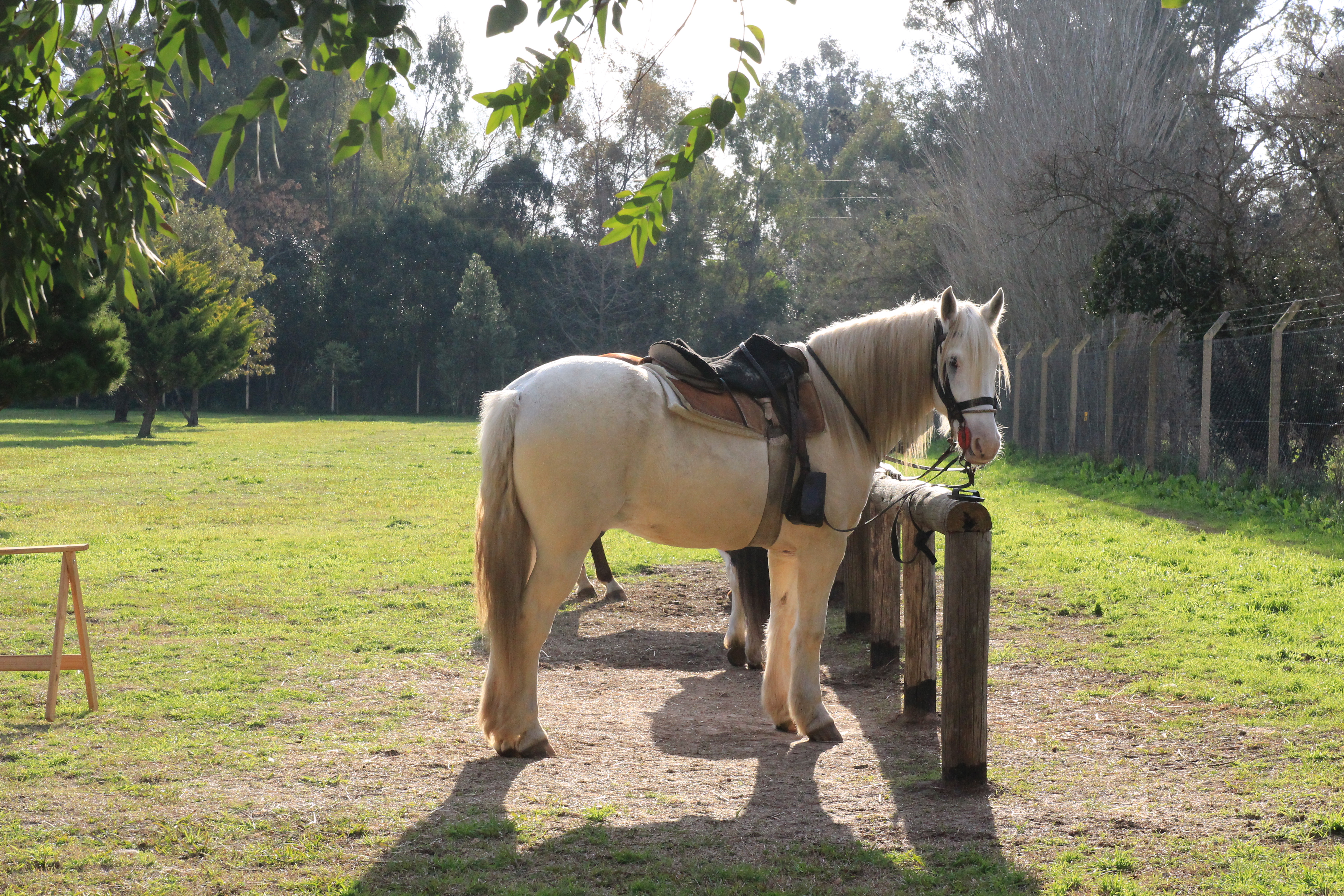 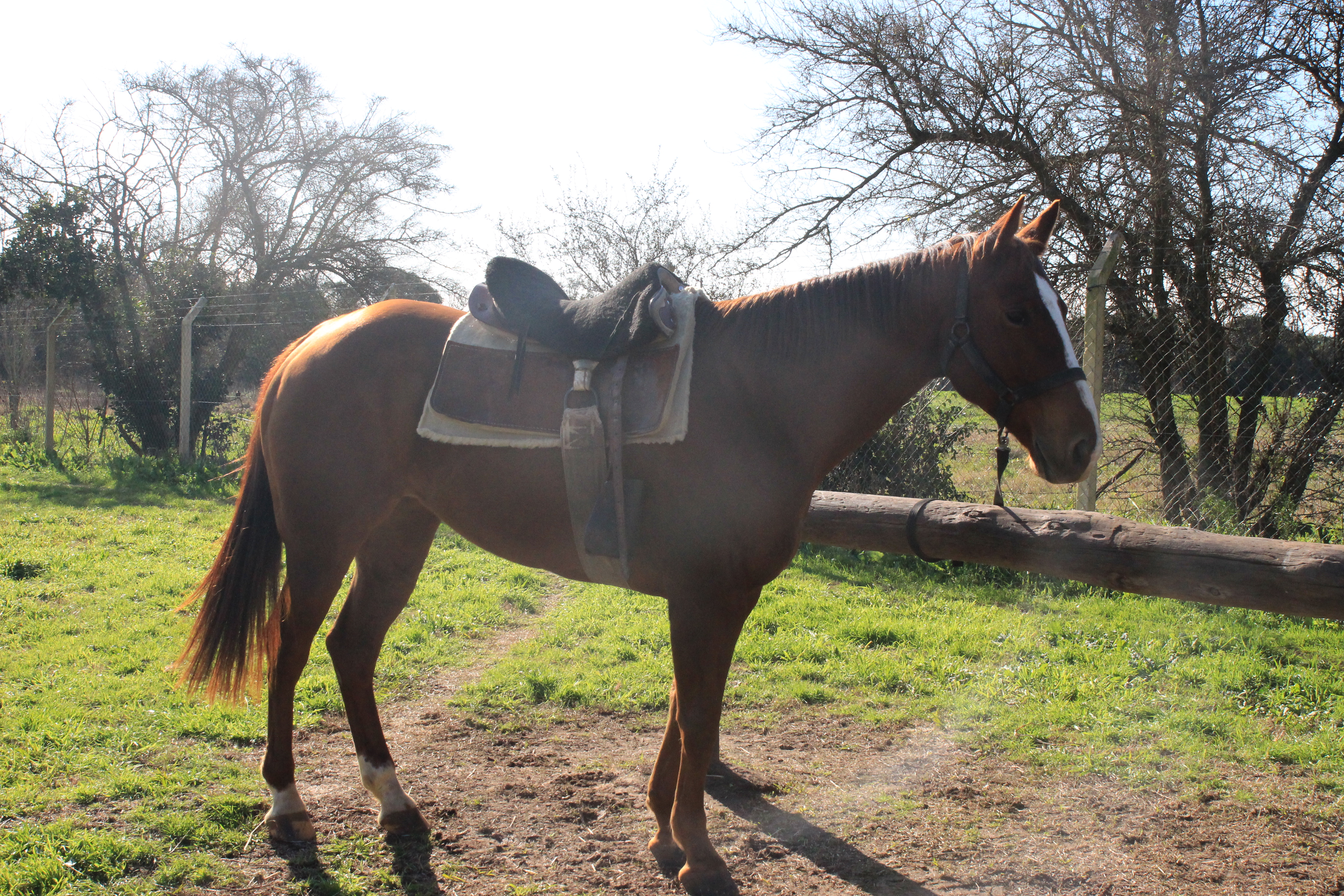 Miriam, who was heading back to Holland for a much-deserved vacation, was excitedly telling us about her trip, and how much she missed her family. 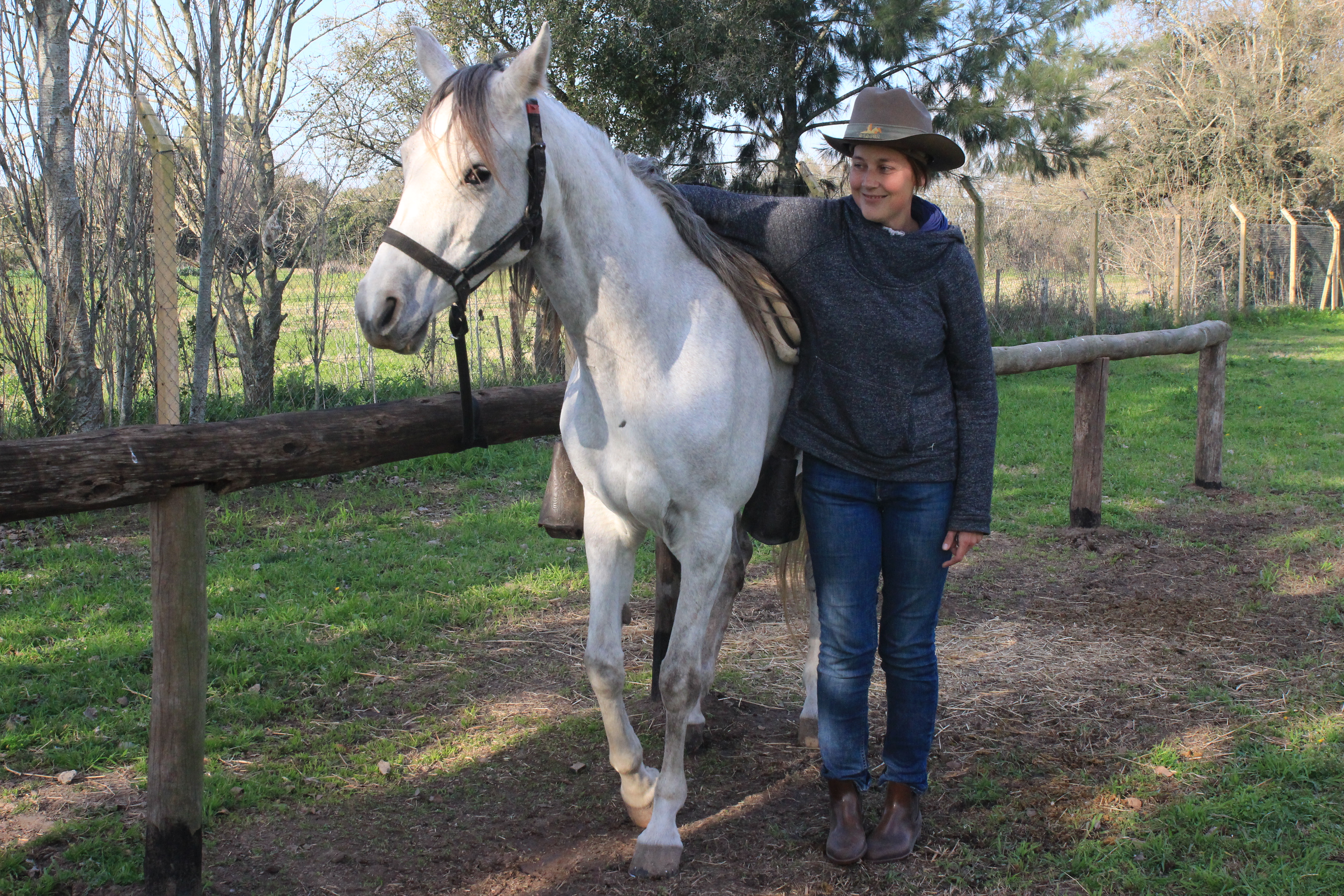 Mostly, what I remember of last Saturday is how happy Valerie looked on her horse, Lindo. 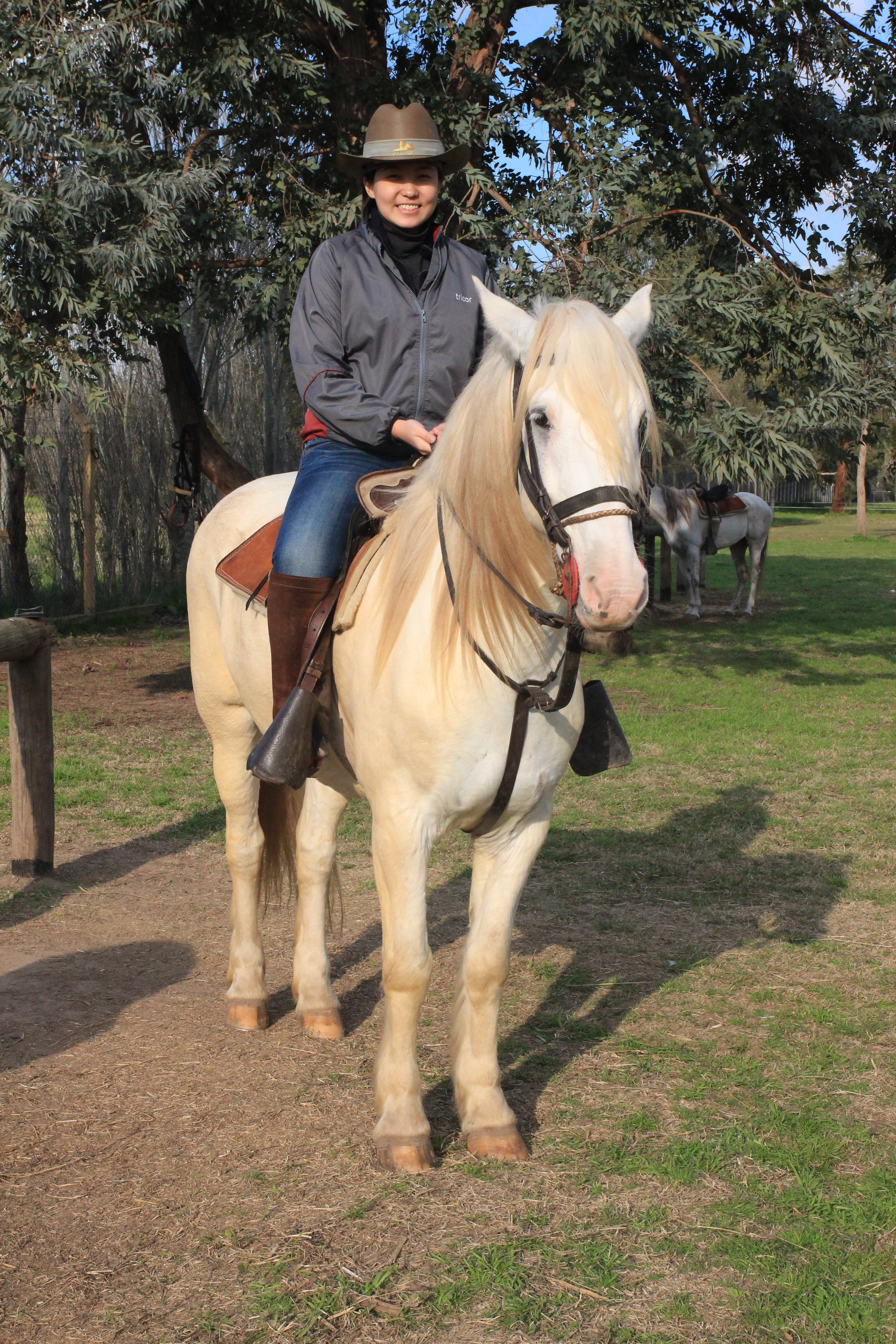 We rode a little more, and then some more, until the sun went down and dusk fell all over us, and the moon shone brightly in the evening sky.

We rode until the warmth of the sun had disappeared and the cold chilly winds drove us back to the stables. 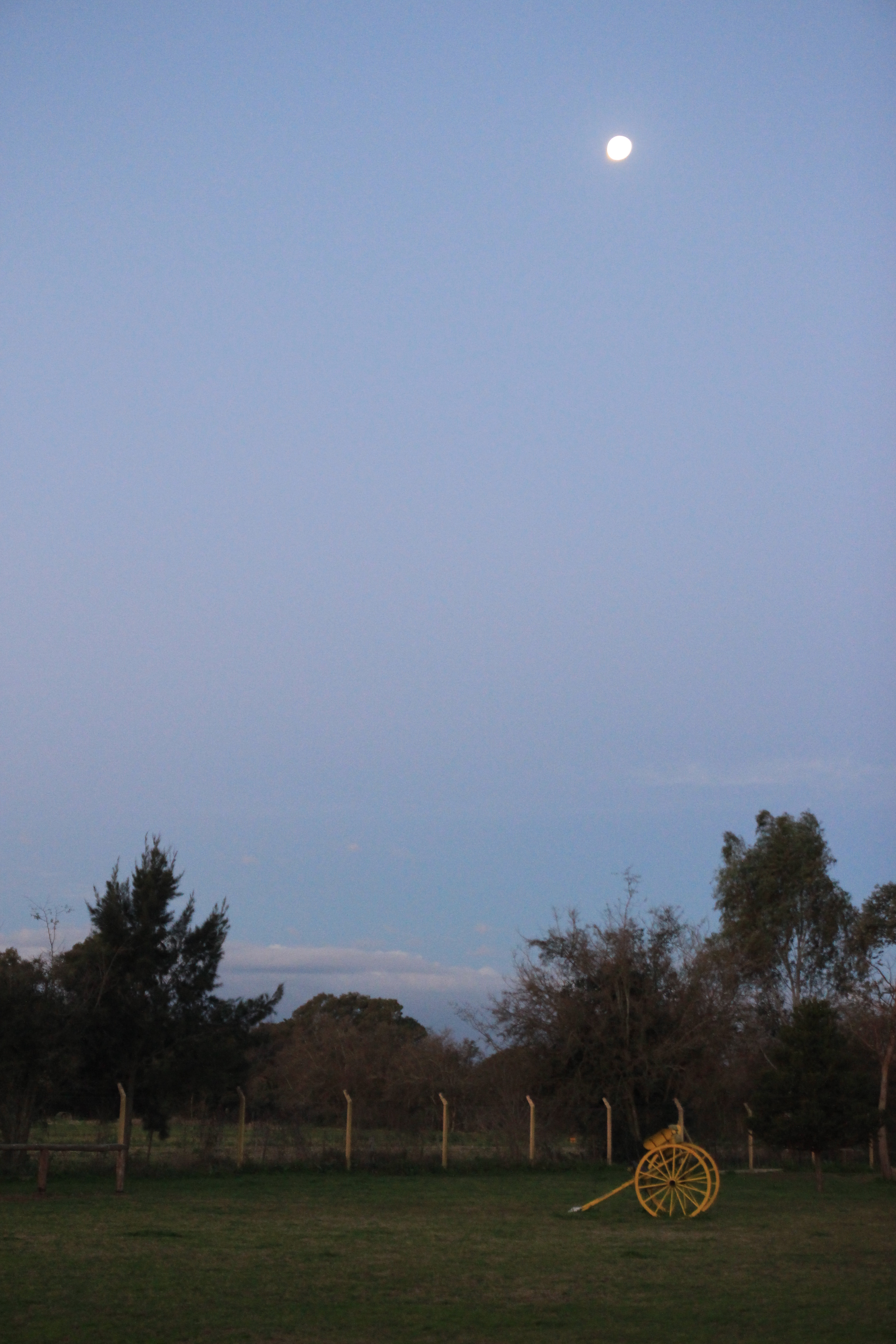 Later we headed back indoors, warm by the fire. 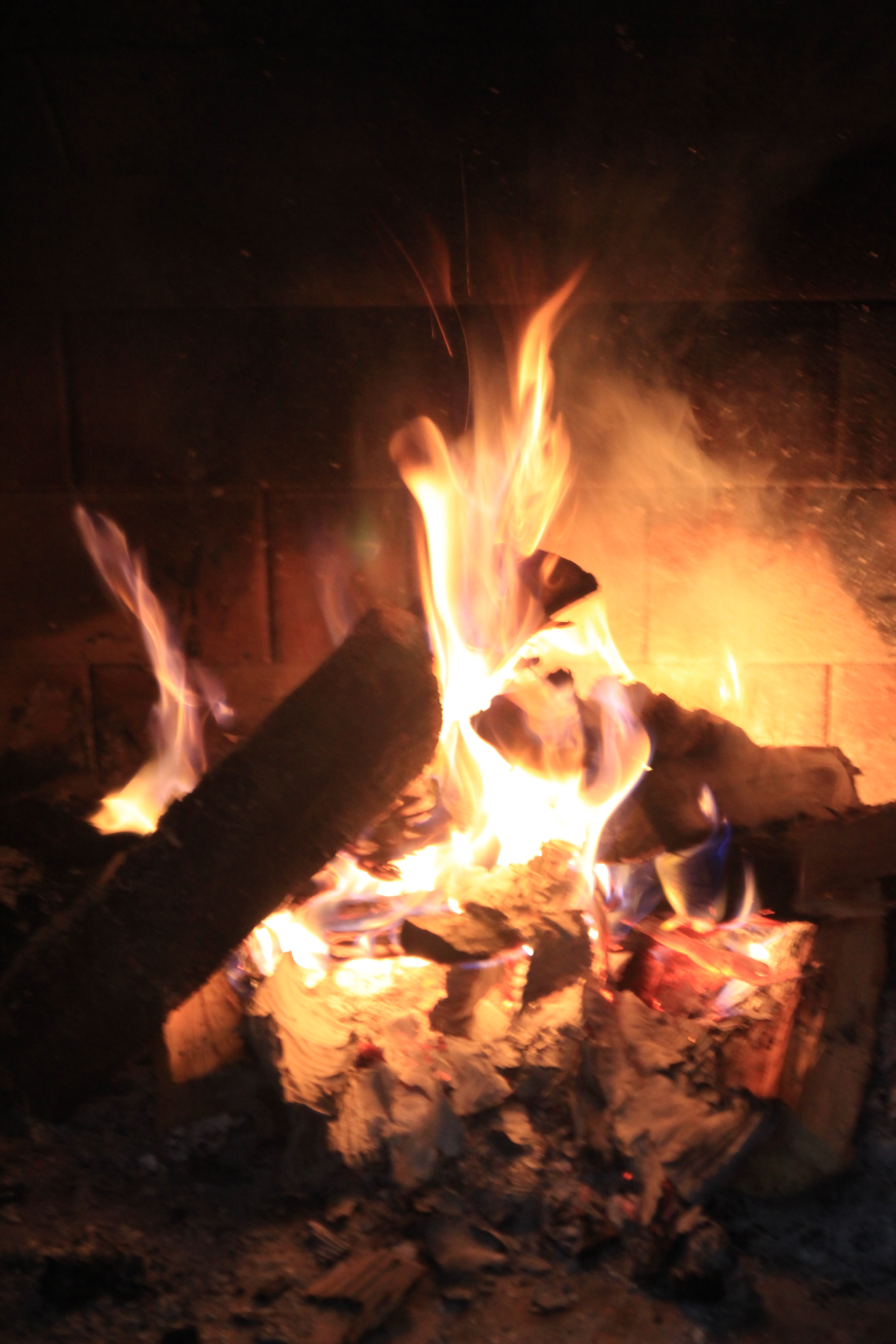