×
You are here: Home / Dining Out / A couple which eats together, grows together

Along the journey called life, we meet people who later become lifelong friends, with whom we share certain aspects and experiences.

And then among some of these friends, we meet those who, because of the phenomenon called “attraction” and similarities which draw us together, become our partners for life, above and beyond having a relationship which is built upon a foundation of friendship, love and trust.

A foundation which grows stronger, day by day, through shared experiences, an understanding of the other despite quarrels and disagreements, and a mutual desire to stay together through good times or bad.

A foundation which stems from values and interests more common than different, and a longing to be next to the other, experiencing something new – a new country, a distinct phase in life, a different restaurant.

With Juan, we’ve travelled together, seen ourselves in different countries, experienced school life in Germany and work life in Argentina, and left our mark in the different continents across the globe.

We’ve ice-skated across a lake in freezing Dresden, Germany; we’ve explored the castles of beautiful Heidelberg, whose backdrop of auburn trees is forever etched in my mind; and we’ve raced against crowds and time in Paris, the City of Light, where we bid farewell in a bus station, uncertain if we would ever see each other again.

Then we reunited in Buenos Aires, where we trekked on glaciers in Calafate, Patagonia, drank whisky on the rocks at the end of the hike; walked through the “Devil’s throat” in the Iguassu waterfalls; strolled on the beaches of Ipanema and Leblon in Rio de Janeiro, Brazil.

We’ve dived off cliffs in Boracay, Philippines; snorkelled among parrot fish in Phuket, Thailand; pushed through the immensely crowded streets in vibrant Hong Kong; walked the streets of colonial Malacca, Malaysia; and explored the small paths and preserved historical neighbourhood of Colonia, Uruguay.

Mostly, we’ve spent a large part of our relationship wandering streets to find a restaurant and eating together.

After travelling, eating is one of the pleasures in life which tastes better shared, with a friend, a random stranger, or better yet, with your partner.

I’m now convinced that a couple who eats together, grows together.

While it may be true in a physically literal way, it’s an observation that I’ve deducted from our countless food adventures.

In Buenos Aires, we’ve sat down on plastic chairs and munched on a sandwich de bondiola (pork shoulder sandwich) at Palermo Woods; feasted on red curry chicken at a posh Thai restaurant in the city center; had a New York-style brunch at Big Mamma chomping down a large pastrami sandwich; and delighted in Indian curries at a restaurant named Mumbai. We’ve also experimented with Peruvian flavors at Primavera Trujillana; brunched at the cute Pani Cafe; and tried Hungarian food at Turandot.

Across the oceans, we’ve eaten authentic Thai seafood along the sandy beaches of Krabi and Phuket; indulged in Peranakan food in Malacca; stuffed ourselves silly with local Singaporean delights back in my hometown; picnicked on German weisswurst and beer in Mannheim, Germany; snacked in Hong Kong’s famous dim sum restaurants; eaten Portuguese egg tarts along Macau’s cobbled streets; and chowed down Chivitos in Colonia, Uruguay.

Because eating plays such a fundamental role in our lives, in which we spend hours huddled over tables crammed with food, being engaged in conversations, deep or silly alike, I believe that the more hours and times a couple eats together – whether at home, at a high-end restaurant, or at a simple picnic in the woods or by a lake – the more a couple grows together.

It’s not just that eating feeds you and gives you nutrients for your physical body.

It’s also a time and an excuse to bond, to communicate, to slow down, relax, and enjoy the company before you.

And when a couple explores different cuisines together, they create a cove of memories made with these new experiences; they learn fun facts and history together; they become closer.

I can attest to that!

So try it, with your partner – eat different foods, at all sorts of different places, turn a simple meal into a learning experience, a time to bond and unite, and then watch as you both grow together! 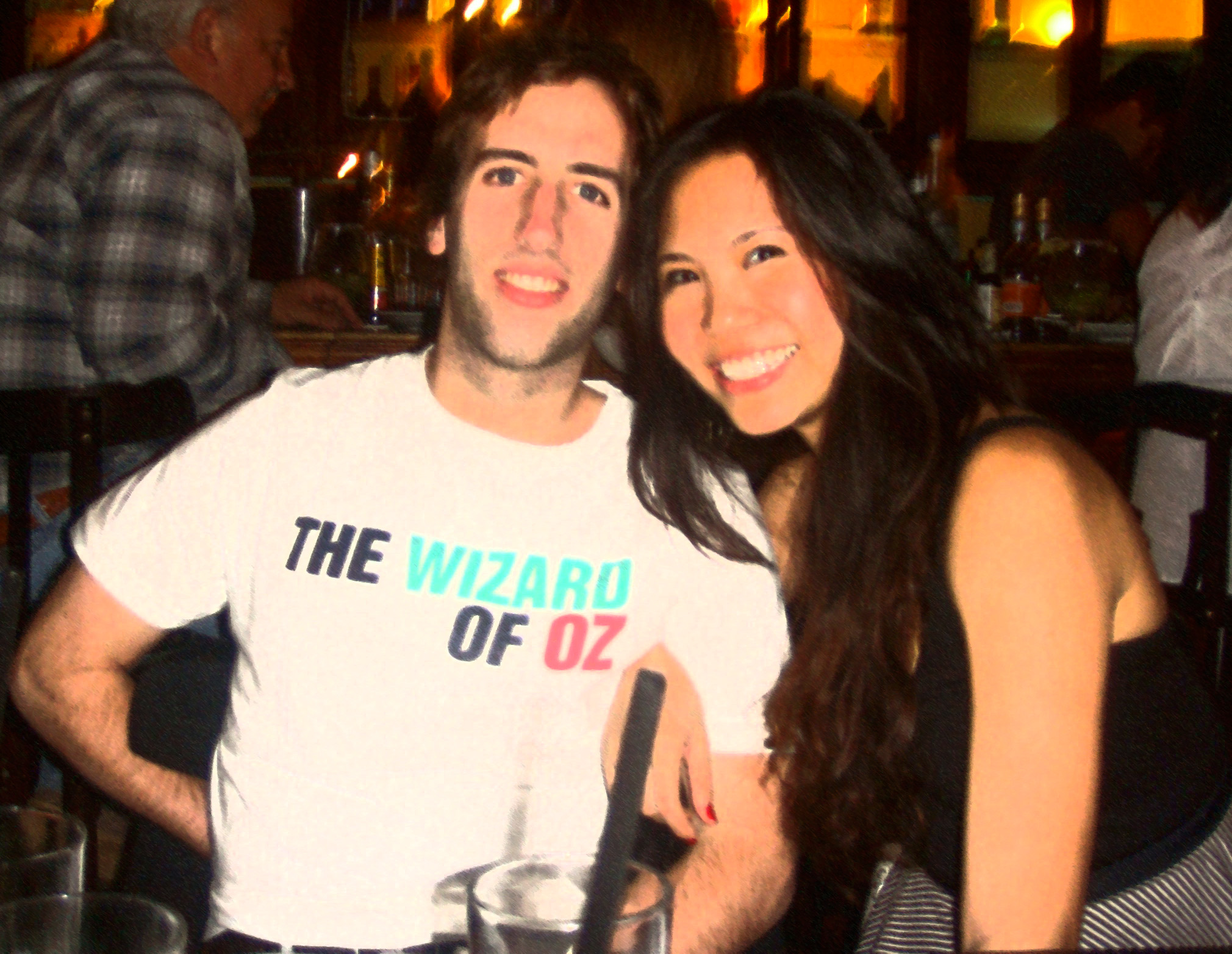 A couple which eats together, grows together!