×
You are here: Home / Brunch / Gluten-free Cornmeal Crepes + Working on my dream
Jump to Recipe

About a year ago, I sat in a café across the table from Joyce and Reuben, friends who were visiting from Singapore, and I told them about the dream I had.

“I want to write a cookbook someday,” I blurted out, before I could even bite back my tongue and keep the words to myself.

It was probably the first time I’d actually spoken the words aloud – to people other than Juan – and as the words rolled off my tongue, it felt strangely liberating. 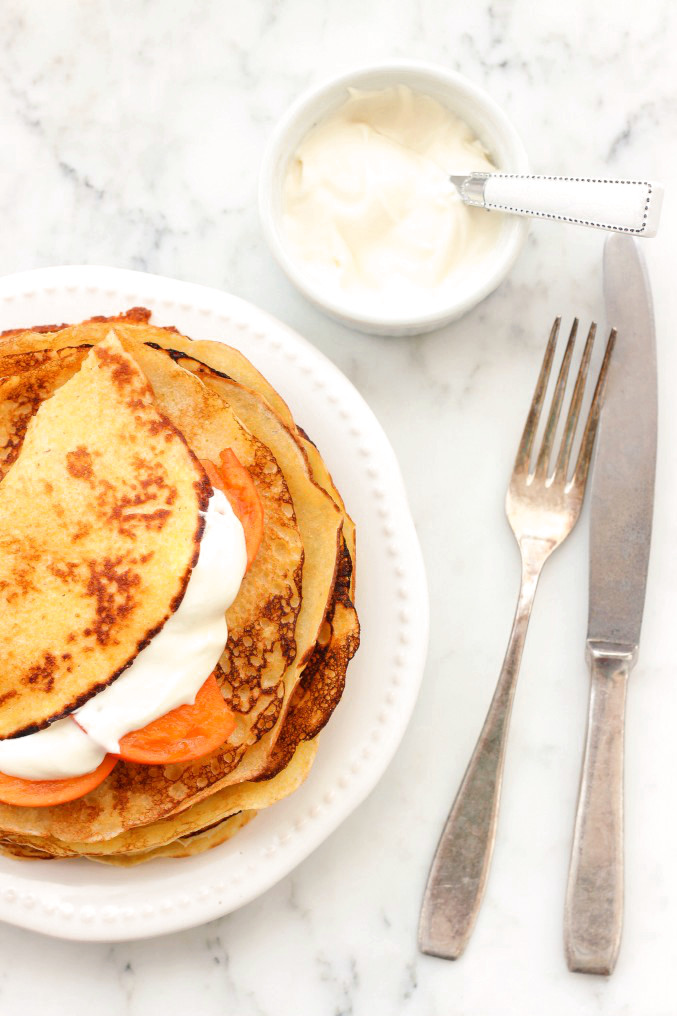 It was a relief to finally be able to speak of this secret that I’d been keeping inside for so long; yet it was also frankly quite terrifying.

Now that I’d spoken of it to my friends, it meant that there was now a kind of social pressure to fulfil it. It no longer was the kind of promise I could keep to myself and have no one to account to except yours truly.

Joyce and Reuben broke in huge smiles, and instead of the shock and surprise I expected them to show, they actually immediately started cheering me on.

Over hot chocolate and churros at the El Gato Negro café, Joyce and Reuben, the amazing couple who took a year off work in 2014 to travel the world, began telling me about how much they believed in the cookbook (that wasn’t even written yet!). When I expressed my self-doubt and worries that there might not be a public interested in the cookbook, they assured me, with complete confidence, that there were people out there willing to spend $100 on online stickers, and if people were willing to buy stickers, they would be willing to buy a cookbook.

I listened to their words, their confidence, their absolute faith in something that wasn’t even tangible nor in existence at that point of time, and I absorbed the positive energy that came with all of it. 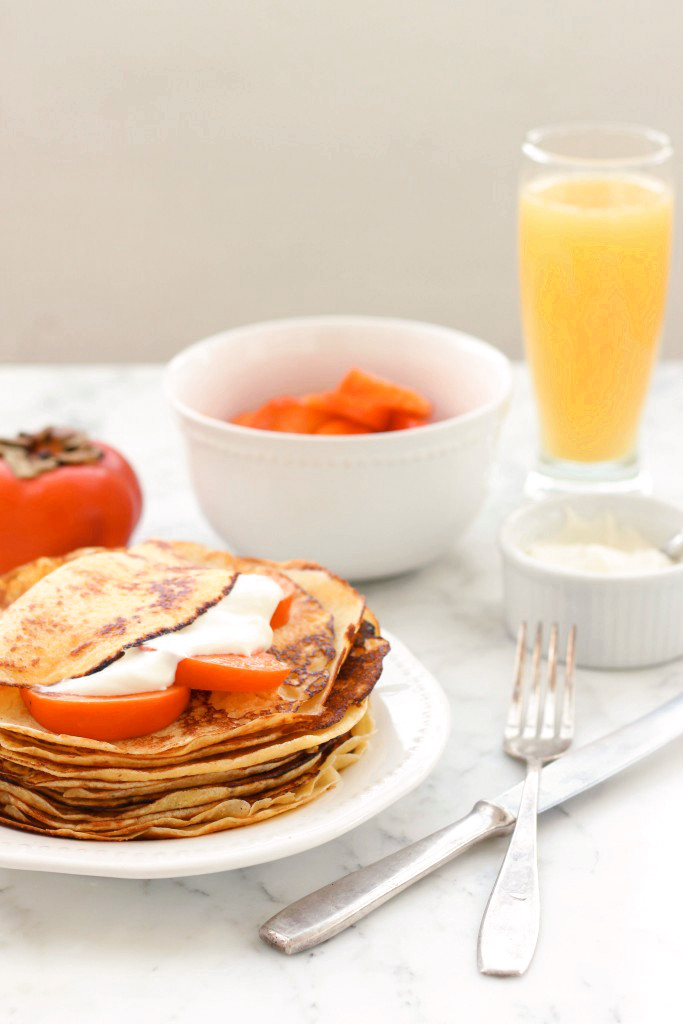 At that point of time, my friend Anna from The Yellow Table was in the midst of self-publishing her own cookbook (which I now have and love so very much!!). She’d written about the entire cookbook-writing process on her blog, from moments of inspiration to moments of despair and fears about how the book would turn out. I probably went through every one of the archives, and her inspiration and excitement was contagious.

Anna also shared the quote from Goethe which said – “Whatever you can do, or dream you can do, begin it. Boldness has power, genius and magic in it. Begin it now.”

That powerful quote struck me; I felt like it was speaking to my soul – to start working on the cookbook that had been dominating my thoughts for so long. 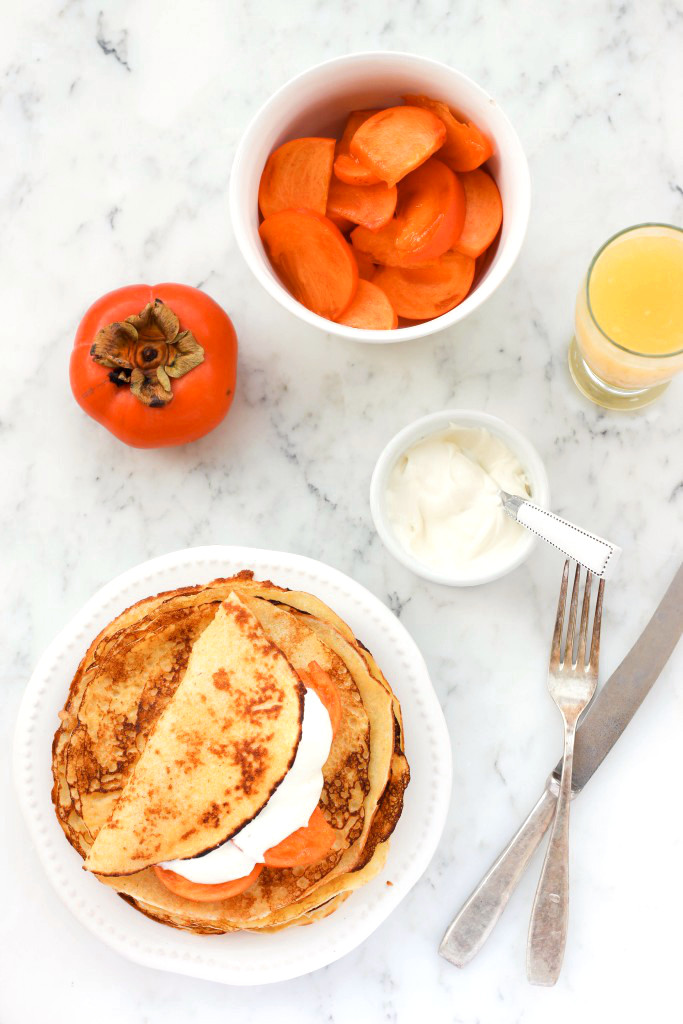 So I started seriously thinking about the cookbook, and a few months later, wrote about it on the blog.

I didn’t know how those who read the blog would respond, or if they would respond at all. But then, after publishing the post, encouraging comments started trickling in. Not just from my mum, or best friend Jin, but also from followers of the blog who I didn’t know even read it. Mainly, they told me to go for my dream; and to work on it. It was so amazing to read the comments – and seeing their faith in me made me believe a little bit more in myself.

Yet to be honest, I was still afraid. Terrified. Bat-shit scared.

And even though there were people cheering me on, and telling me that I should make a break for it, feelings of insecurity and inferiority started clouding my vision. I wondered who would buy the cookbook, apart from my family and friends. I worried that it would be a failure, and that my dream would fall flat on its face. I was afraid of letting my light shine. To be honest, before I could even start on a draft for the cookbook, I decided to put it on hold.

I’d let my self-doubt postpone my dream. So I shelved my dream, and put it on standby for the next one year. 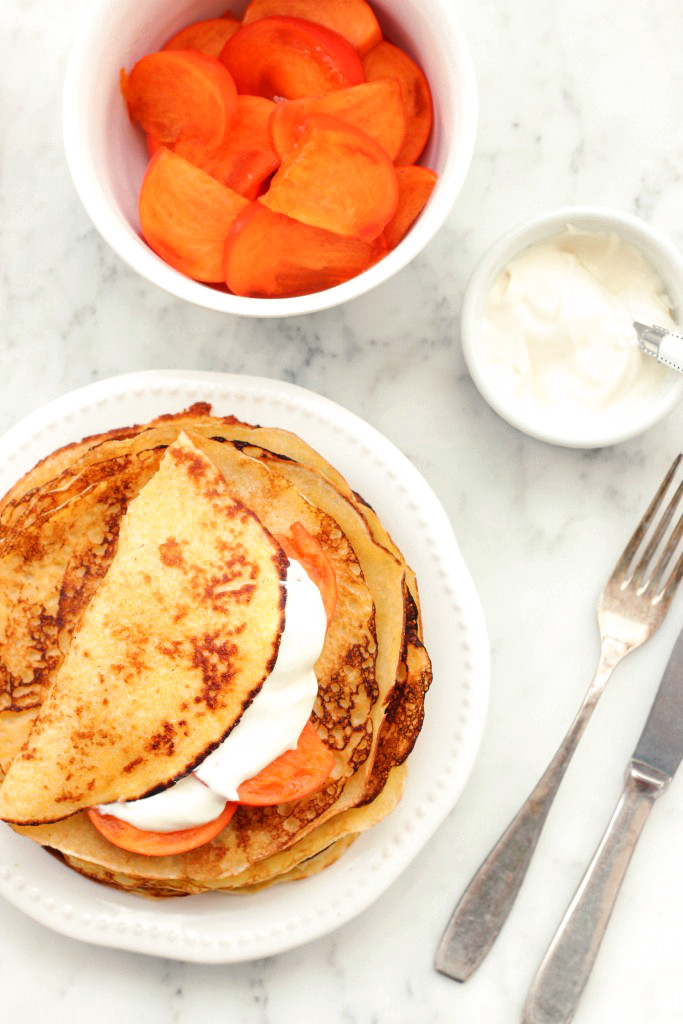 This year, sometime in March, a shift took place in my mindset.

My dream of writing a cookbook started taking centerstage again; and while the fears of failure still lurked around, they shifted to the background.

In Bill Cosby’s famous words, “Decide that you want it more than you’re afraid of it.”

I was at the point where my desire to fulfil this dream was way greater than my fears.

Internally, I felt a growing need to bring the cookbook to life. I told Juan and a few others about it, and listened as they cheered me on. I wrote it down on a page in my notebook, along with the other goals for 2015. I started visualising the cookbook finally written and finished. I imagined a positive response from the readers of the blog, and that the cookbook would positively impact those who read it.

Now, I’m proud to say that after working on the draft for the past few months, the cookbook is almost ready.

I’m still working on some final tweaks and edits, but the bane of the cookbook is here!

(Hint: it will be an e-cookbook: a cookbook in digital format that you can open on your laptops or desktops, and have it with you all the time on your smartphones and tablets!)

I’ll tell you more and more about the cookbook over the next couple of weeks once I have the final version ready, so be sure to check the blog and sign up for email updates if you aren’t already receiving them (there’s a place on the right sidebar where you can sign up to be part of the mailing list).

But rest assured that I’m working hard to get it ready for you! 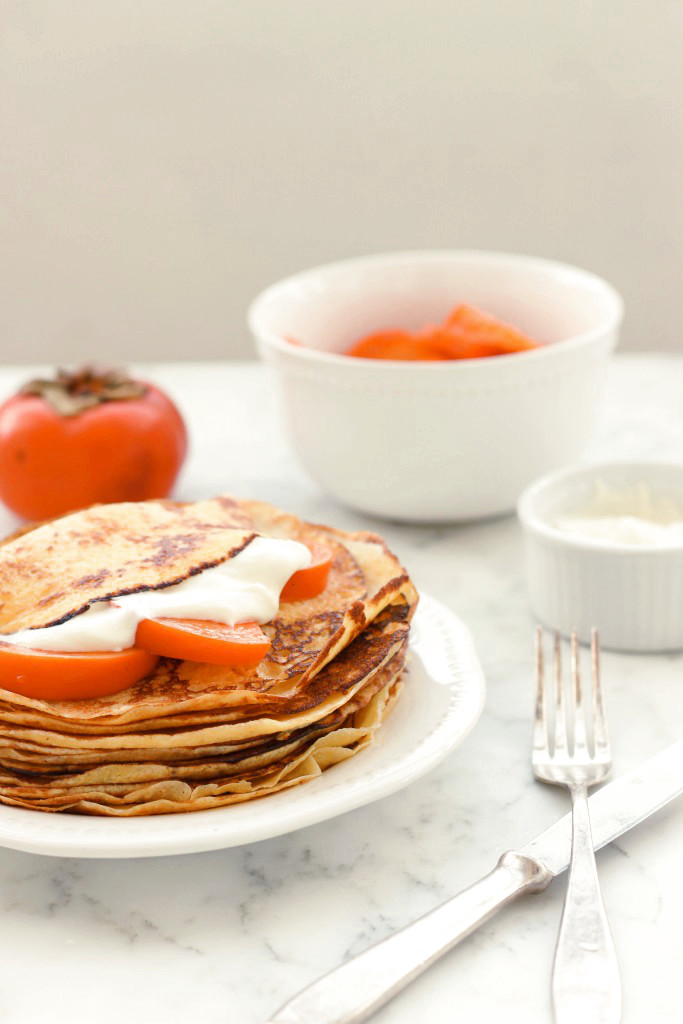 In the meantime, let’s enjoy some of these gluten-free cornmeal crepes which I made for Juan.

You can imagine that after months of being diagnosed with Celiac Disease (also known as Coeliac Disease) and not being able to eat normal crepes made of wheat flour, he literally gobbled these up.

These crepes are adapted from the recipe for gluten free cornmeal crepes with taco fillings on Gluten Free on a Shoestring. Instead of using the crepes for a savory meal, I added a bit of sugar to make them sweeter, and we filled them with sliced, sweet persimmons, freshly whipped cream and a drizzle of honey.

What can I say? They were awesome. Try them yourself. 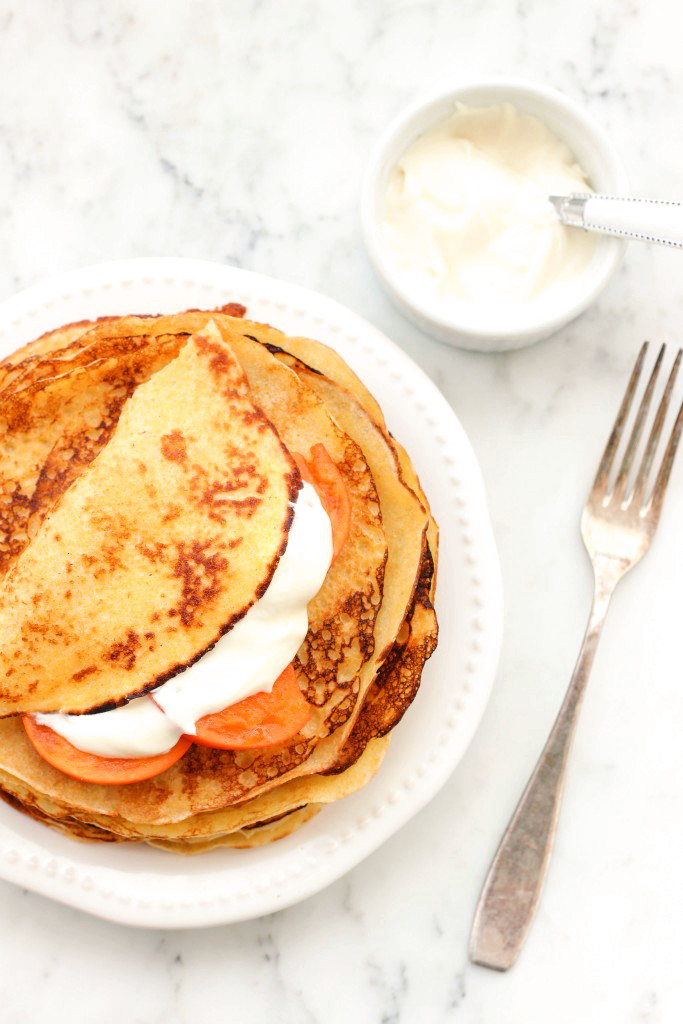 Adapted from: Gluten Free on a Shoestring. If you’re not planning on eating the crepes all in one sitting, store in an airtight container in the refrigerator for up to a week – all you need to do is to heat the crepes up in the microwave just before eating.