Life has a way of bringing us where we need to be, subtly, gently, slowly, but surely.

I say this because I’ve seen it in one particularly important aspect of my life – cooking. 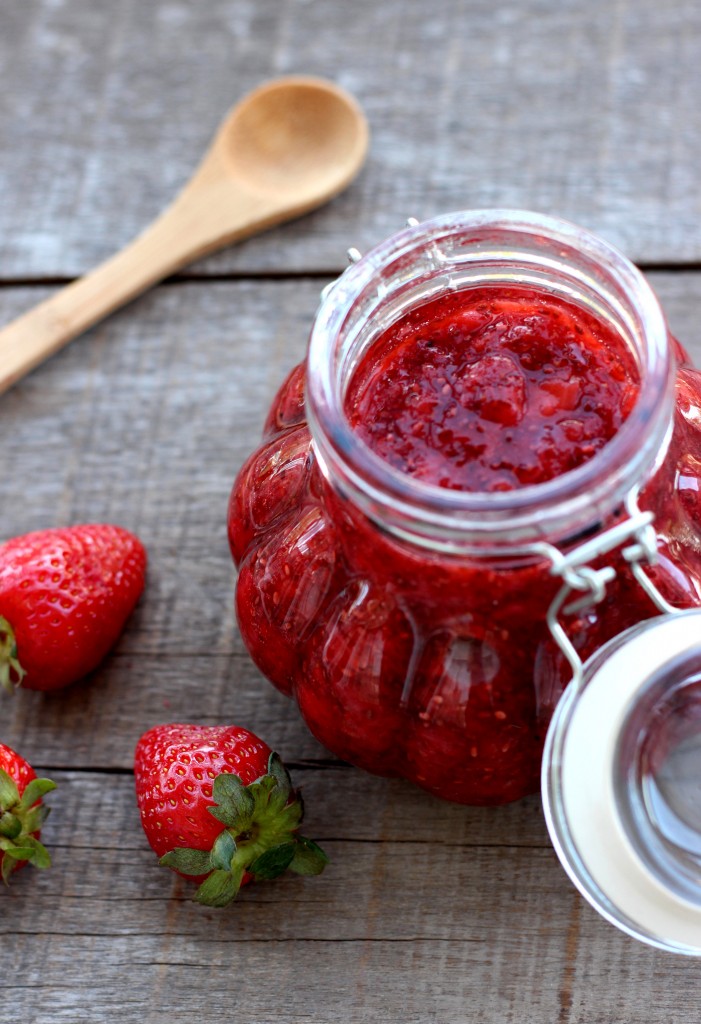 When I first made my new year resolutions in early 2014, proclaiming that I wanted to go wheat-free and gluten-free, I had just finished reading Wheat Belly back-to-back three times.

I remember that I’d read it on our vacation on Brazil’s gorgeous northern shores, and there I was sunbathing by the beach, my sunglasses on, and my kindle propped up in front of me. Every fifteen minutes or so, I’d turn to Juan and quote him from the Dr William Davis’ book, telling him about all the harm that wheat and gluten could cause – which went far beyond a the protruding wheat belly. 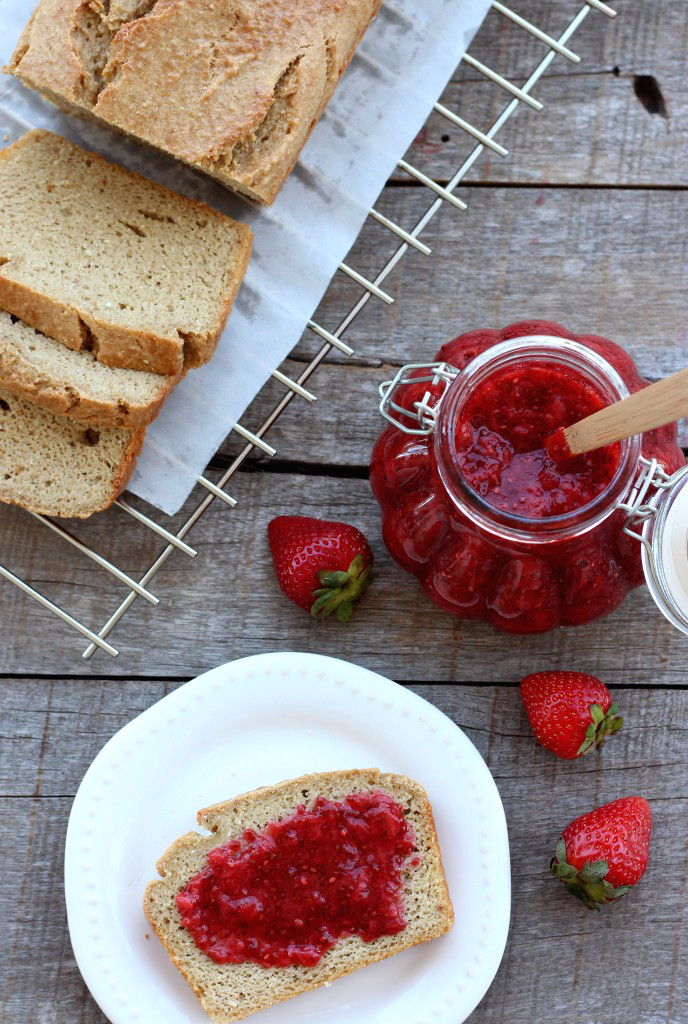 During the rest of 2014, I found myself exploring a whole new world of grain-free and gluten-free recipes.

Now, I’m talking about the kind that never would have crossed my mind nor entered my kitchen if not for my conviction in Wheat Belly and it’s powerful statements against gluten, a protein that is found in many grains, which we mainly consume in the form of wheat.

I experimented with new types of flours, like tapioca flour, almond meal, hazelnut meal, and cashew meal, among others, but every once in a while, we’d still cook with wheat flour, eat pasta, pizza and other wheat products. While I’m not coeliac, and don’t have any allergic reactions to gluten, I did realize that re-introduction of foods containing gluten caused me to have gases in my stomach and some kind of subtle bloating, but it was nothing that truly affected me. I also noticed that when I stopped eating gluten-containing foods, the gases went away with the gluten. 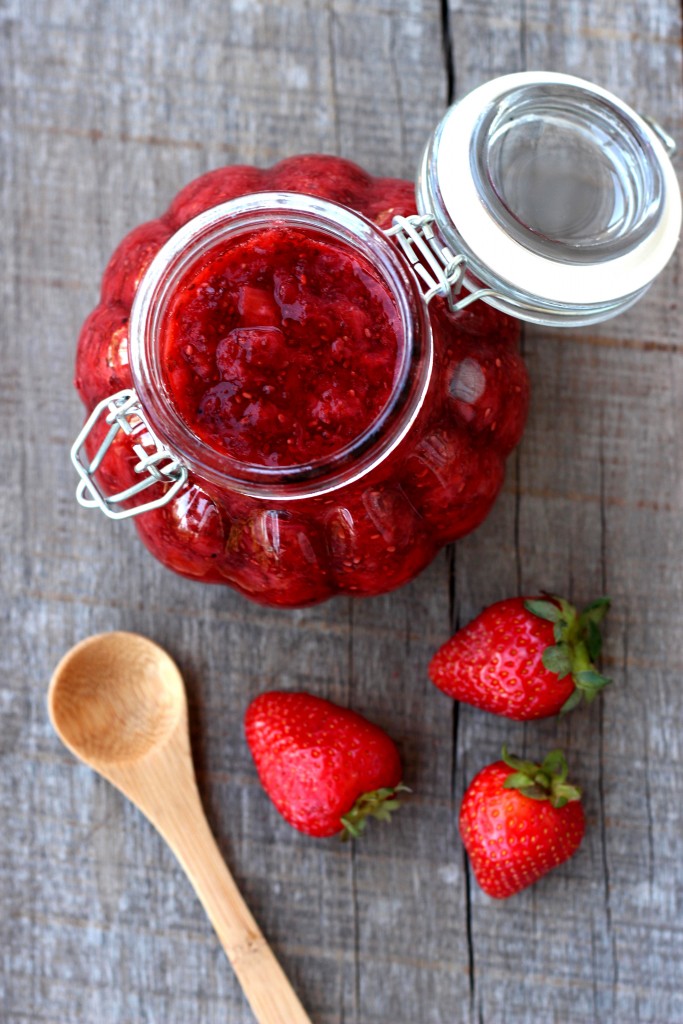 Towards the end of last year, as it came to resolution-writing time again, I wrote down in my notebook – for the second year in a row – that I wanted to eliminate gluten from my diet.

This was in early January, and I’d crossed my fingers that I’d be able to kick gluten out of my life, once and for all. In mid-January, Juan started feeling really bloated in his stomach, and it evenutally got so uncomfortable to the point that he decided to consult a doctor, who later advised him to run a blood test to test for coeliac disease, an autoimmune disorder of the small intestine, as a result of a negative reaction to gliadin, a gluten protein. 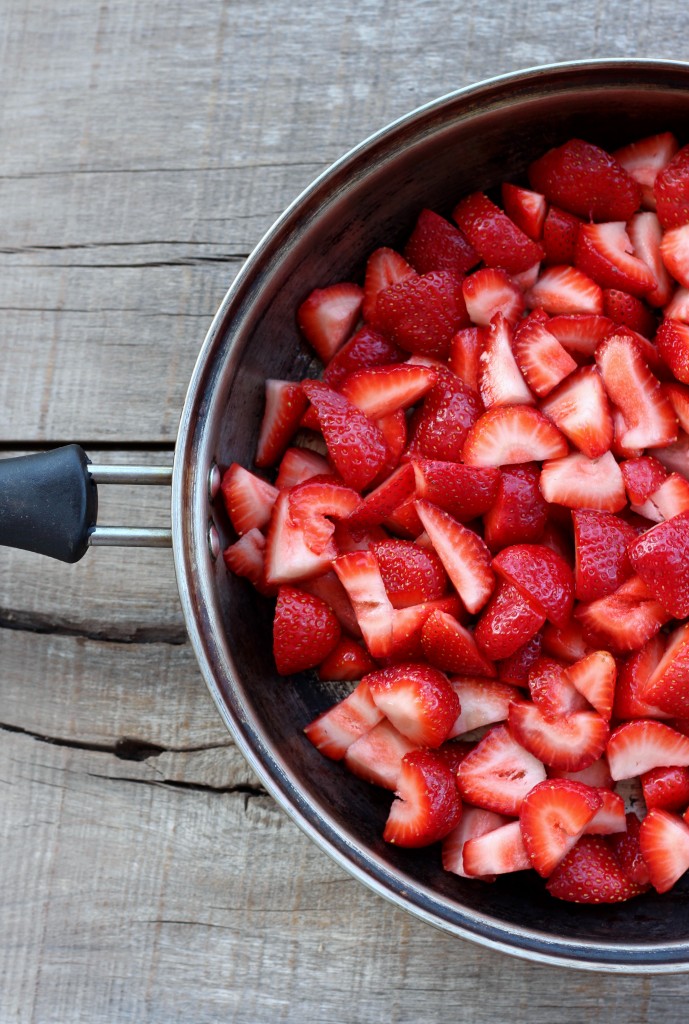 The test came back strongly positive for coeliac disease.

The doctor sent Juan to take another test, one to see if he has the Coeliac disease gene, and the test showed that he has the gene present in his body. Coeliac disease is supposedly a 100% genetic disease, and apparently, if you’ve inherited the gene, it is probable that you may be diagnosed with Coeliac disease at some point in your life. It seems to be a condition that is more and more common with time, particularly in Western countries where wheat forms a large part of people’s normal diet.

While it does sound scary and terrible, it is a condition that actually has a cure – a cure that comes not through popping pills, but a natural remedy – adopting a life-long gluten-free diet. 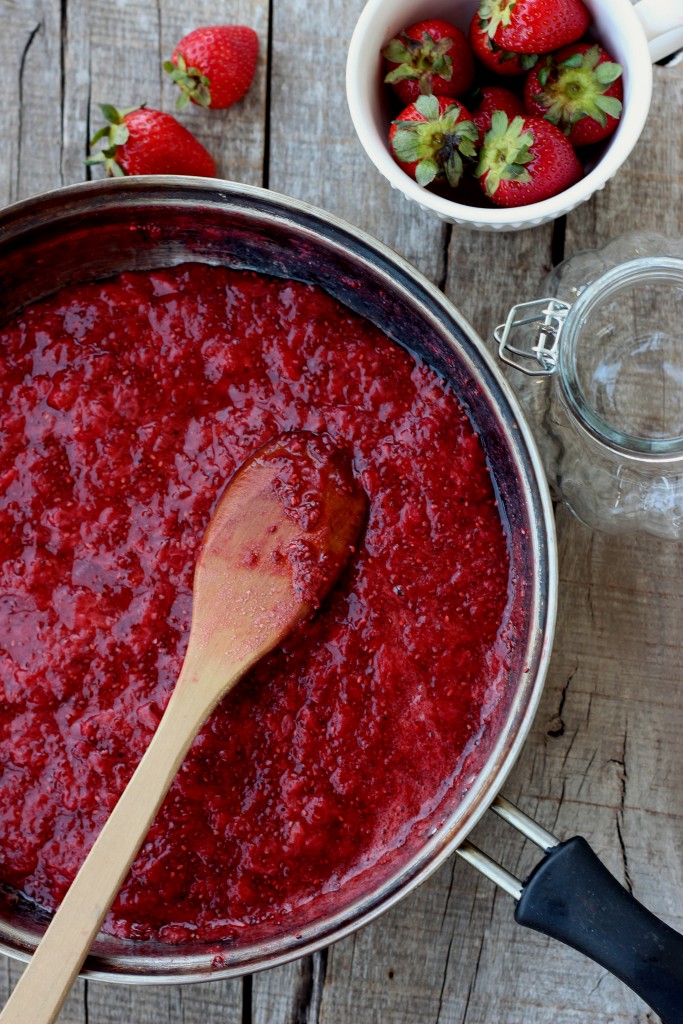 So, I now have a strong motivation to stick to my gluten-free new year resolution – keeping Juan healthy.

Since we found out about Juan’s allergy to gluten, we’ve had to be extremely cautious about the food products we buy and eat, because it appears that any exposure to gluten, no matter how small, sets off a reaction in Juan – whether it’s the bloating of his stomach, rashes, or something else. It can be quite a pain in the neck to always have to check first, but it’s better to be safe than sorry.

We’re getting pretty good at checking ingredient lists on the back of prepackaged foods, and have started learning to ask waiters what goes into the food that restaurants serve. When in doubt, we prefer to skip. 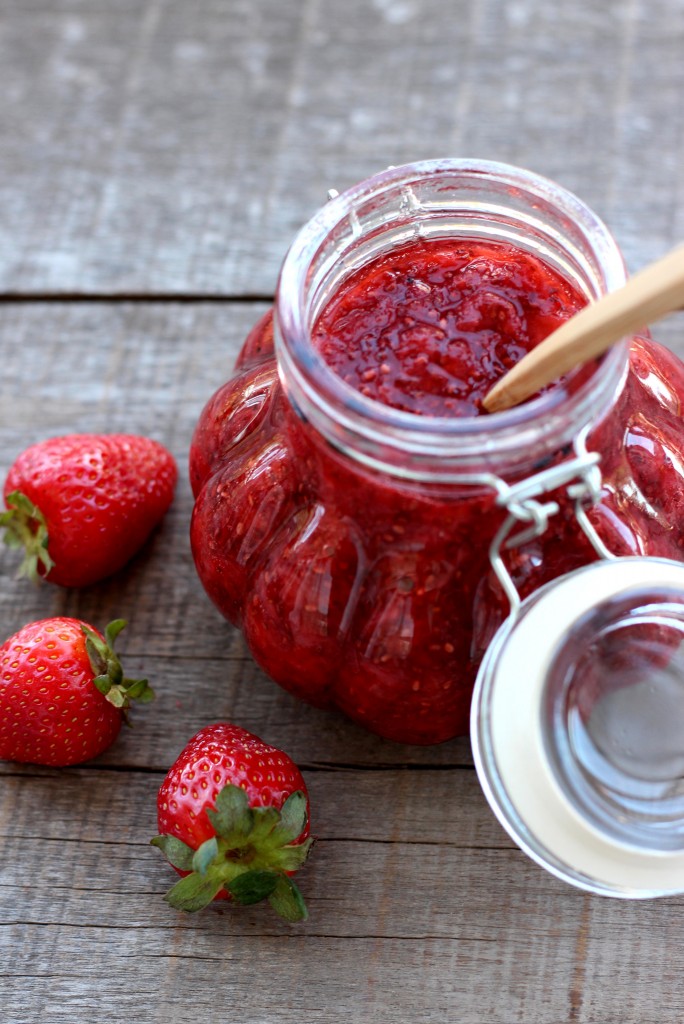 One thing that our new ingredient-list checking hobby has taught us is this – most pre-packaged foods come with a list of ingredients that are so long, with more than half of them being ingredients that we don’t even know how to pronounce.

Since gluten is found in so many baked goods and pre-packaged sauces, we’ve had to say no to many snacks that previously we wouldn’t have thought twice about. Even when a product doesn’t specifically state that it contains gluten, there are just way too many weird-sounding ingredients that make us wonder.

As such, we’ve been trying to eat in as much as possible, and make as many foods from scratch as we can. It’s definitely a lot more work (and often times costlier) than buying ready-made food, but at least we know what goes into what we cook. 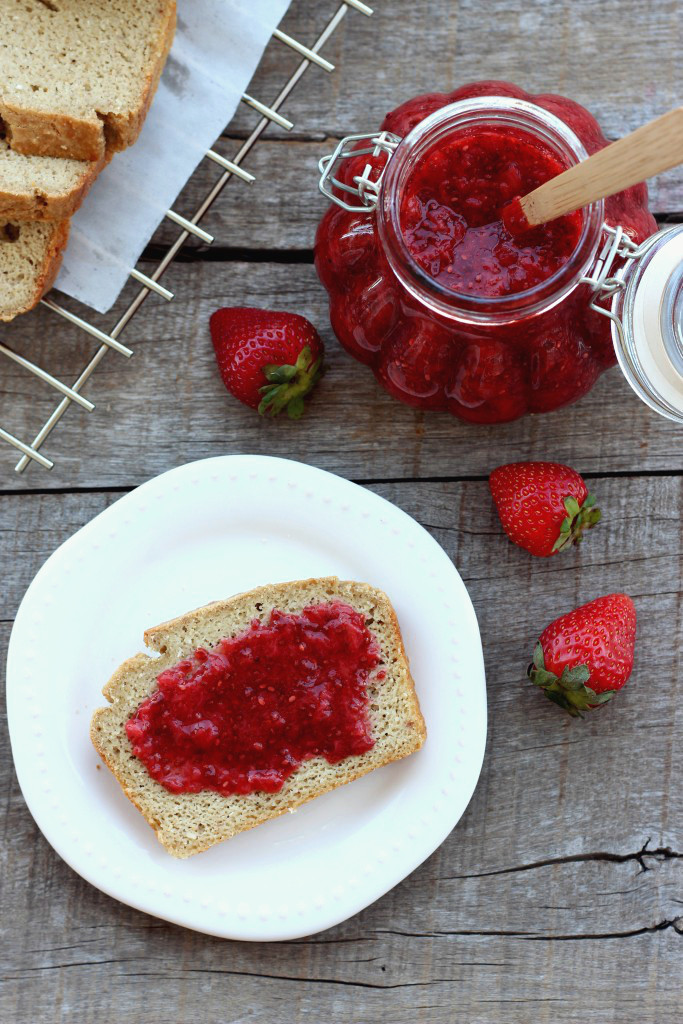 One of my cooking experiments resulted in this strawberry chia seed jam.

I’m not saying that store-bought jam has gluten; it’s just that some times the long ingredient list at the back of a jar scares us off, and as I said before – it’s better to be safe than sorry! Since the recipe from Oh My Veggies looked extremely managable, I decided to make it for Juan – so he could enjoy strawberry jam without any fears of gluten exposure.

To my delight, Juan loved the jam – he has strict standards for gluten-free foods, and food in general (some of my other experiments have failed by his standards) – so I was surprised that he truly enjoyed the jam.

This is a ridiculously easy jam that takes no more than 30 minutes from start to finish.

Plus, I really like the fact that it uses a fairly little amount of sugar (compared to most other jam recipes), and is full of healthy chia seeds! We ate it spread on top of toasted grain-free coconut cashew bread. It was deliciously sweet, refreshing and completely safe for Juan to eat! 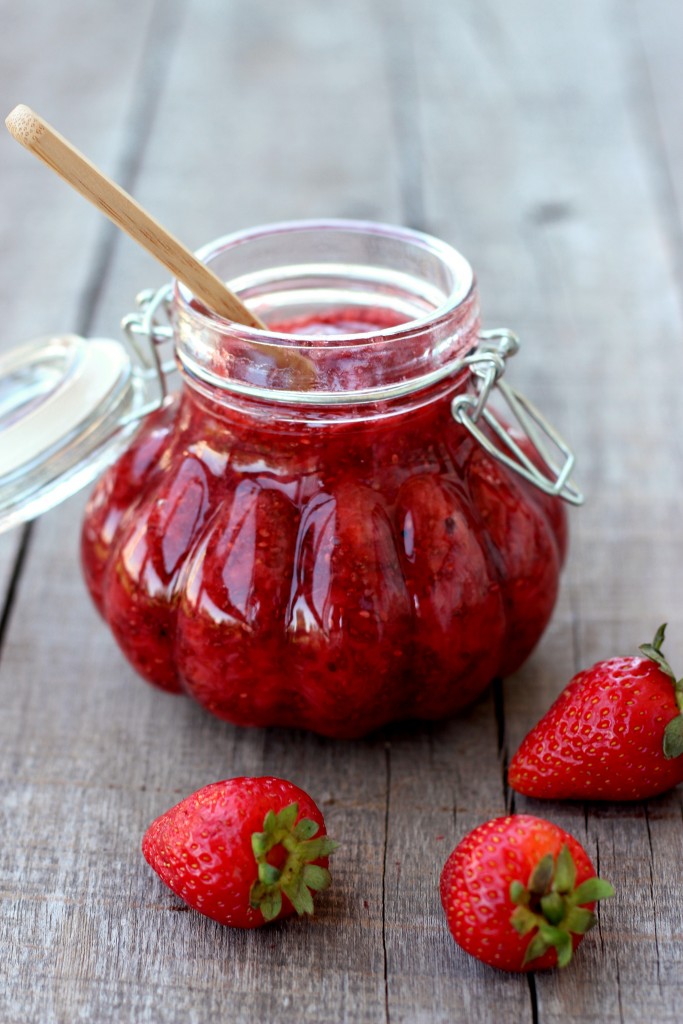 If anyone of you is Coeliac, or has experience with loved ones being diagnosed with Coeliac disease, I’d love to hear from you.

Comment and tell me about the difficulties and challenges you’ve faced, as well as how you’ve succeeded in going gluten-free. 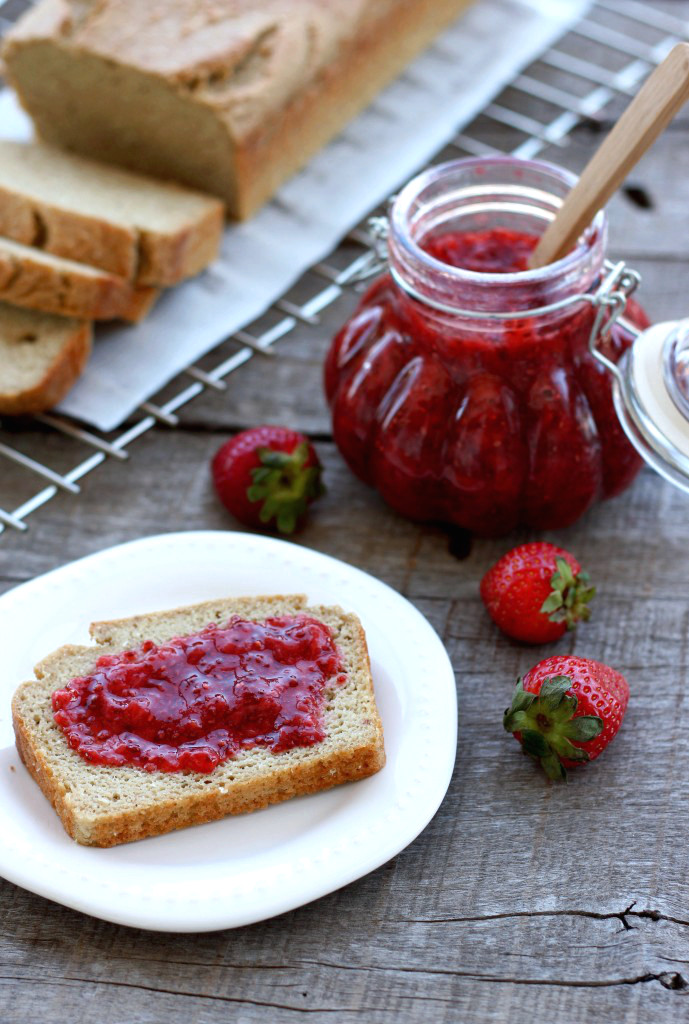 « Singapore, my home in the East
Are you chasing your passions today? »