After an entire year of cooking classes with Pelusa Molina, I’ve finally gotten rid of my kitchen fears.

I’m proud to say that I am now able to switch on my gas oven without pleading for help, and surprise surprise, can now finally able to prepare dishes other than just fried rice, the only dish I used to be able to cook.

As some of you might know, I started this cooking blog, Dish by Dish, after being inspired by Pelusa.

I’ve ranted over and over again about how much I’ve absorbed in her classes – above and beyond amazingly exotic recipes like Broccoli & Beetroot Risotto, Argentine Bread Pudding (Tarantela), and Tiramisu. I’ve learnt the importance of being able to multi-task in the kitchen, the necessity to vary ingredients in a three-course meal for diversity’s sake, and how to tell if a vegetable’s freshness (or lack thereof) by the mere act of looking at its leaves.

We’ve been taught the different styles of cutting, slicing, dicing, chopping and mincing – and have advanced from being ridiculously slow in cutting ingredients to being reasonably fast. We’ve learnt how to keep vegetables like parsley fresh for up to a week, by putting them in a vase of water, just like you would with flowers. We’ve been reprimanded more than once, when we brought frozen chicken to class, instead of having thawed it the night before. And we’ve become much more knowledgeable about the origins of different foods and desserts, with some history lessons thrown in between.

We’ve also been instilled with the appreciation for making soup stock from scratch (boiling vegetables, chicken or beef over low fire for a long period to extract the essence of their flavors), instead of using pre-made store-bought stock in cubes. I’m now much more conscious of not wasting food, and try my hardest not to throw food away, particularly if the bits and ends can be re-used in another dish, stewed further to make porridge or thrown in as an additional ingredient in fried rice. I’ve now made peace with the fact that as a chef’s main resource, food has to be recycled and used to its fullest potencial.

In some strangely weird way, food has found a very comfortable position in my life.

I find it almost impossible not to be thinking of testing out a new recipe, drooling over a smashingly-styled dish, or daydreaming about baking bread from scratch. If you’d told me 12 months ago that I would be having such food-obsessed thoughts today, I probably would have laughed in your face and asked if it was an April Fool’s joke.

But life’s funny like that. Just like how a messed-up recipe can turn out to be a surprisingly delicious new dish, life often takes us by gentle twists and turns, presenting us with options our prejudiced minds may never have thought of.

In this case, taking up Pelusa’s cooking classes in 2012 was one of those amazing unknown twists in life.

According to Pelusa’s website, it was being exposed to the culinary world since her infancy – being the daughter of a famous chef, Emmy de Molina – that guided her to her vocation in the kitchen, where she has found a way to marry her foundations in both psychology and cooking. Even before cooking schools were set up in Buenos Aires, Pelusa’s humble kitchen became the haven for many generations of both women and men who keenly sought to hone their culinary skills, not just as a hobby, but also as a profession.

The structure of Pelusa’s cooking classes has evolved with time, but what has remained constant is her unswaying conviction that in the kitchen there are no secrets, only techniques. Precisely because she is so adament about kitchen skills and techniques, Pelusa tends to push her students to memorize the logic and methods which make cooking both an efficient and enjoyable experience. And because of her insistence and refusal to tolerate a lack of discipline, we have become relatively skilled and are equiped with the right techniques to carry out a task.

Pelusa also often tells us that we should not let the look of a recipe scare us.

Often, all we need to do is to break it down into simple steps, and follow them in order. She’s right of course. Some long, seemingly-complicated recipes scare the hell of me, but when I take the instructions apart and confront them one-by-one, they really aren’t that scary anymore! Her words are definitely some mighty advice to cook by!

Thank you Pelusa for being such an inspiration! Gracias mil!! 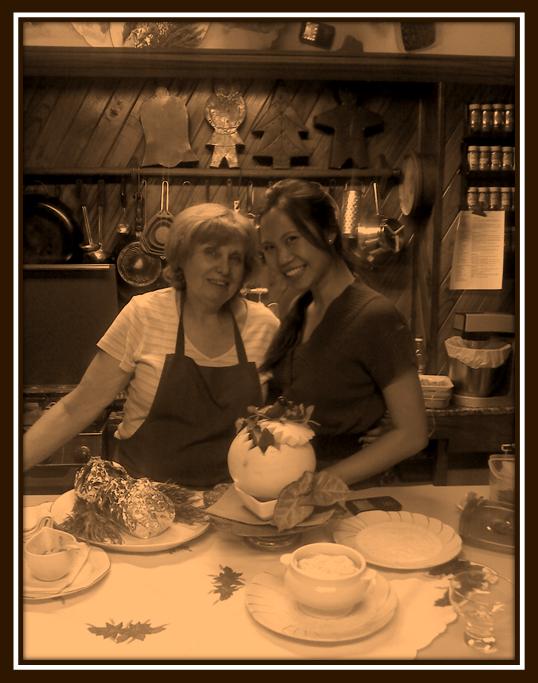 During our last class for the year, with Pelusa in her kitchen 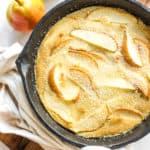 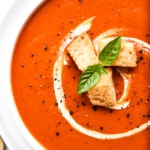