Thursdays are the best days in the office. Everyone turns up, and we throw a party during lunch, as Jorge, a Croatian colleague of mine (who I also mentioned in my post on Bacon & Golden Raisin Pilaf) cooks up a large meal and brings it to the office, whether rain or shine.

As I mentioned before, Jorge is a FANTABULOUS cook, a terrific historian, and a great narrator. So each Thursday we get to sample his decadent treats and exotic dishes, complete with a history lesson or two. As another colleague, Martin, very aptly put, Jorge’s dishes “opens up our gastronomical world” and we are, thanks to Jorge, no longer ignorant, narrow-minded and boring eaters.

I will have to say that the only drawback about our Thursday Lunches is that after eating we all get sucked into some kind of unbeatable “food coma”, which we struggle desperately against for the next sleepy hours of the workday afternoon. However, it’s a battle worth fighting for, because the homemade delicacies which accompany us during lunch are absolutely to-die-for.

Today’s “Happy Meal” included Andean Locro and smoked pork ribs. Hmmmm, imagine that in your head, salivate profoundly, because it’s a dish worth you drooling all over your computer keyboard for.

Locro, according to Wikipedia, is a hearty thick stew popular along the Andes mountain range. The dish is a classic Ecuadorian cheese and potato soup from the Ecuadorian cuisine. This is also a dish in Peruvian cuisine, which at one point held the center of the Inca empire. It was also typically prepared in Argentina by the different native Indian tribes at the time of the Spanish conquest. Its origin dates to a number of centuries before the Spanish colonial times.

The defining ingredients are corn, some form of meat (usually beef, but sometimes beef jerky or chorizo), and vegetables. Other ingredients vary widely, and typically include onion, beans, squash or pumpkin (and the ‘anco’ pumpkin too, according to Jorge). It is mainly eaten in winter. In Argentina it spread from the Cuyo region to the rest of the country. It is considered a national dish and is often served on May 25, the anniversary of the May Revolution. In some parts, such as in the Santiago del Estero Province of Argentina, a red hot sauce made from red peppers and paprika known as quiquirimichi is served on the side. 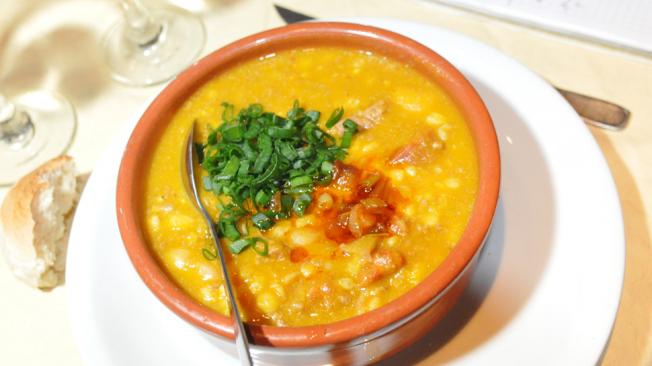 I never knew there was multicolored maize before today.  In fact, my ignorance made me completely oblivious to the fact that there was Andean maize, which may have existed since at least 4000 years ago, according to the article “Early Andean Maize Unearthed” by nature.com.

Andean Maize is so full of colour. Here’s how they look like: 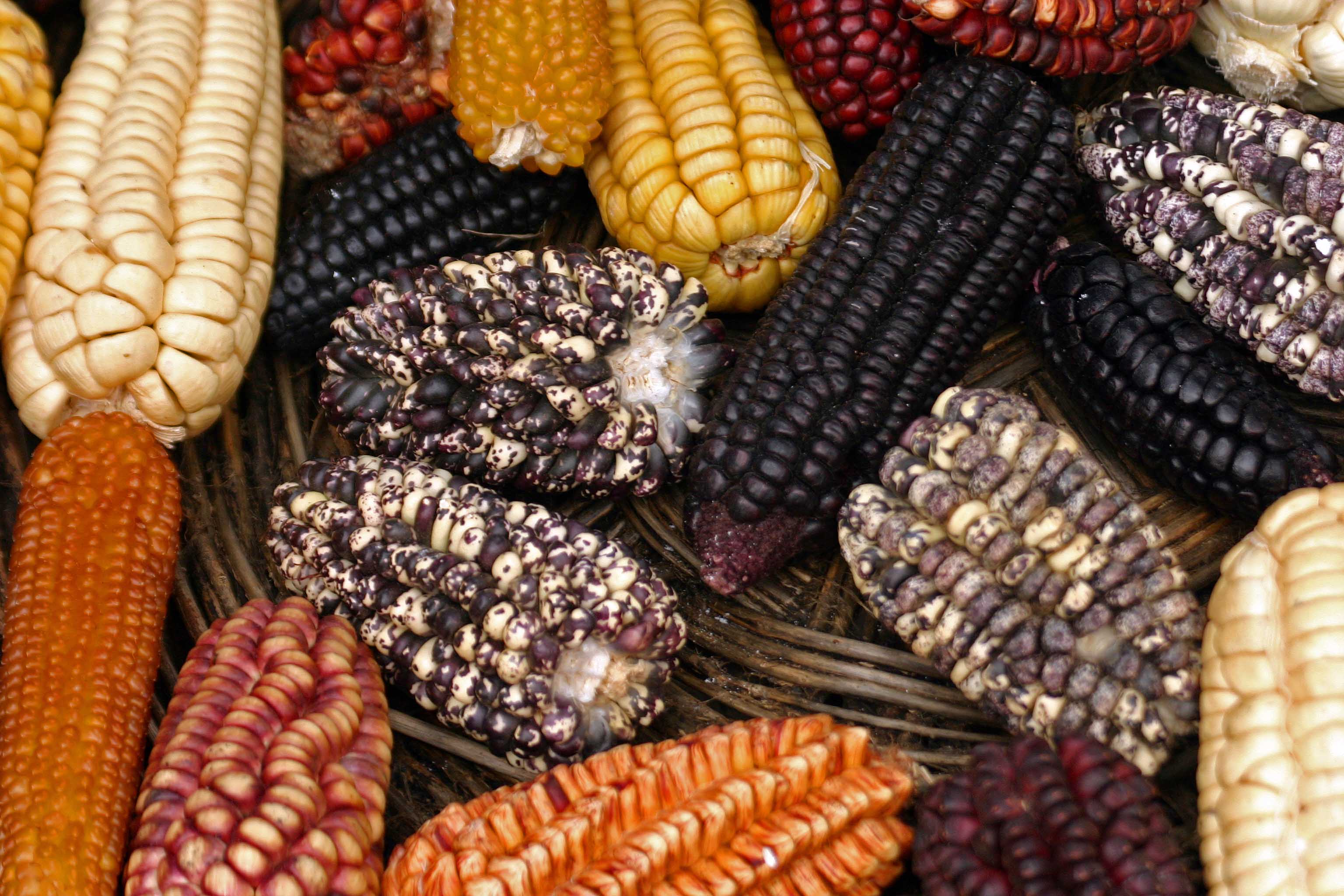 Let’s get to the most important point – Jorge’s dish.

I managed to capture some pictures of our lunch, but unfortunately, there is no recipe today, just a couple of  photos. Enjoy the pictures, and have a good drool!

Raw ingredients – Andean maize, Andean potato and beef jerky:
A little story on the potato here –  the remains of this type of potato was actually first found in a fortress that was active back in the XII century! (thanks Jorge for this extra interesting snippet!!) 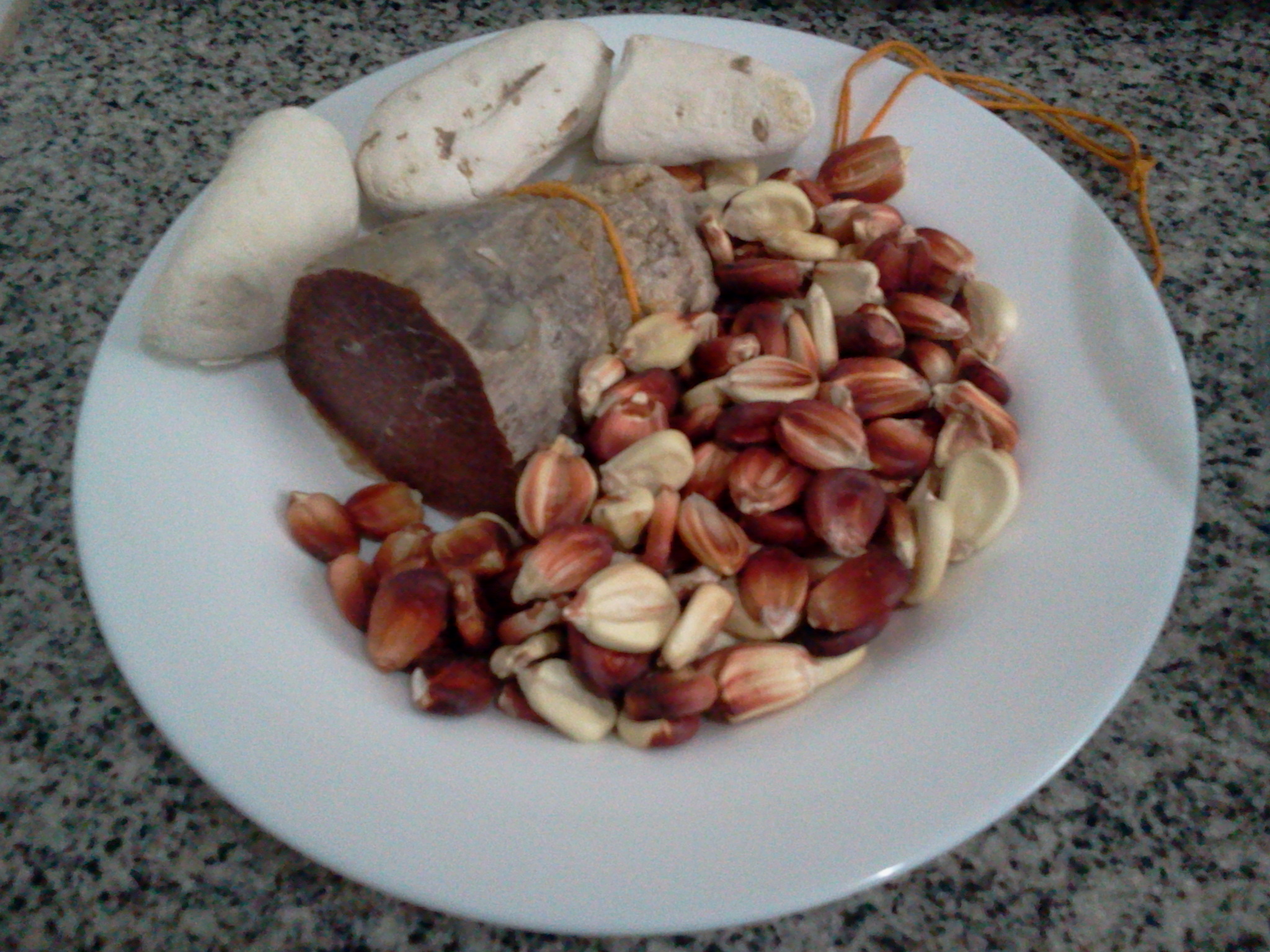 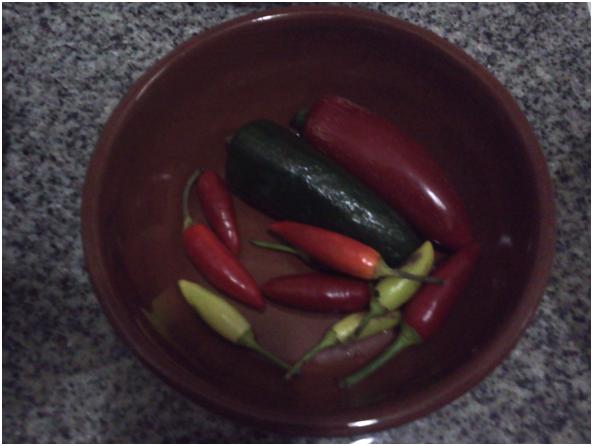 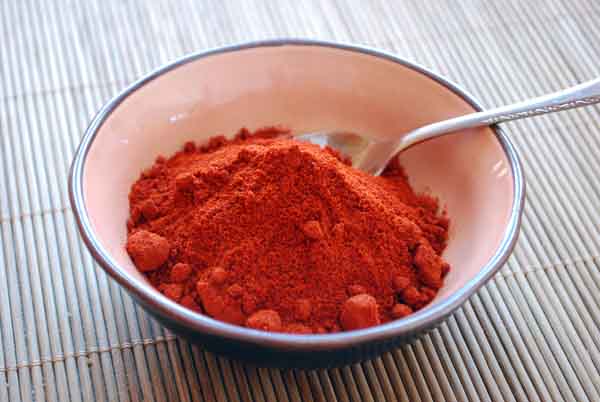 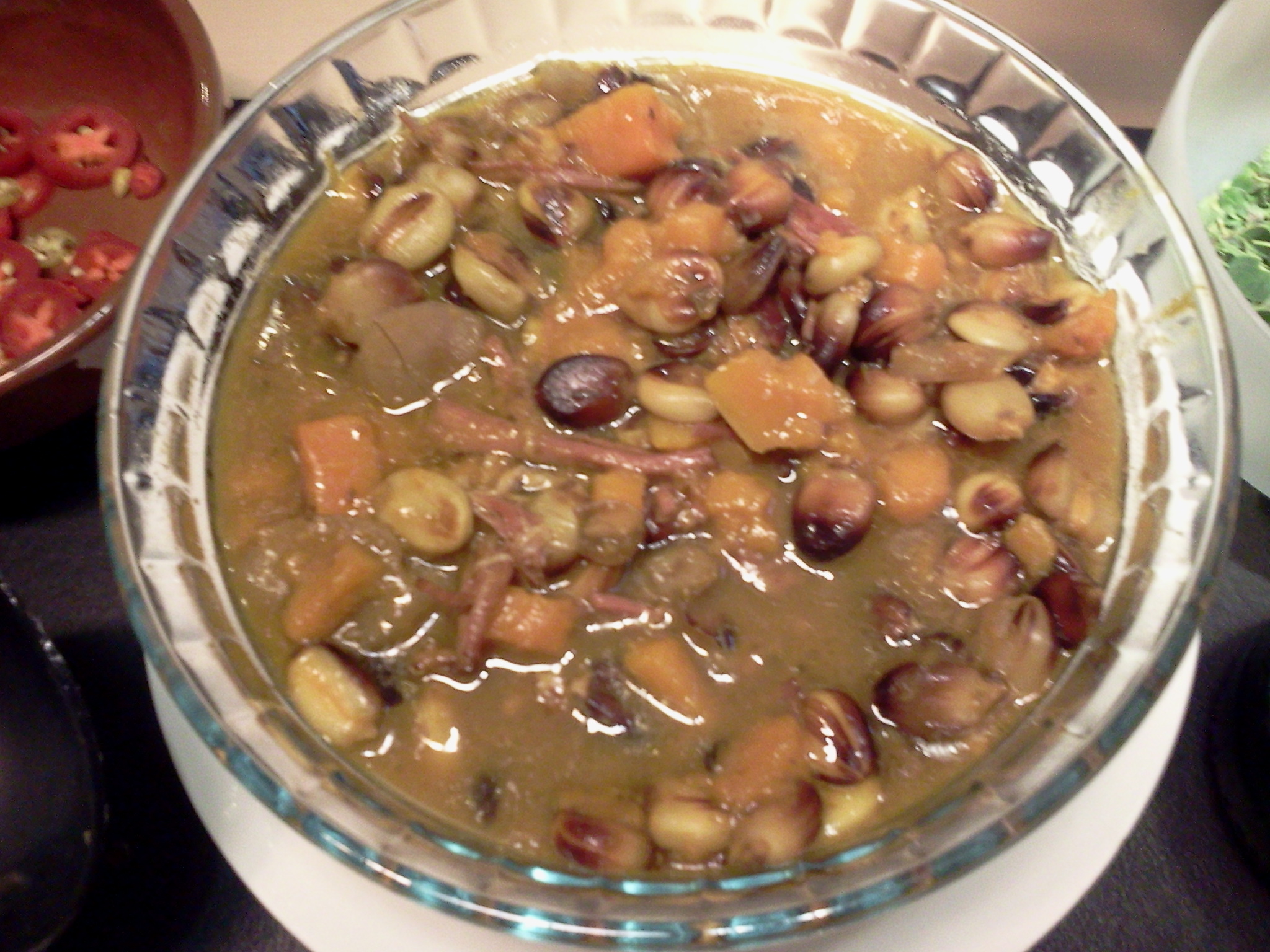 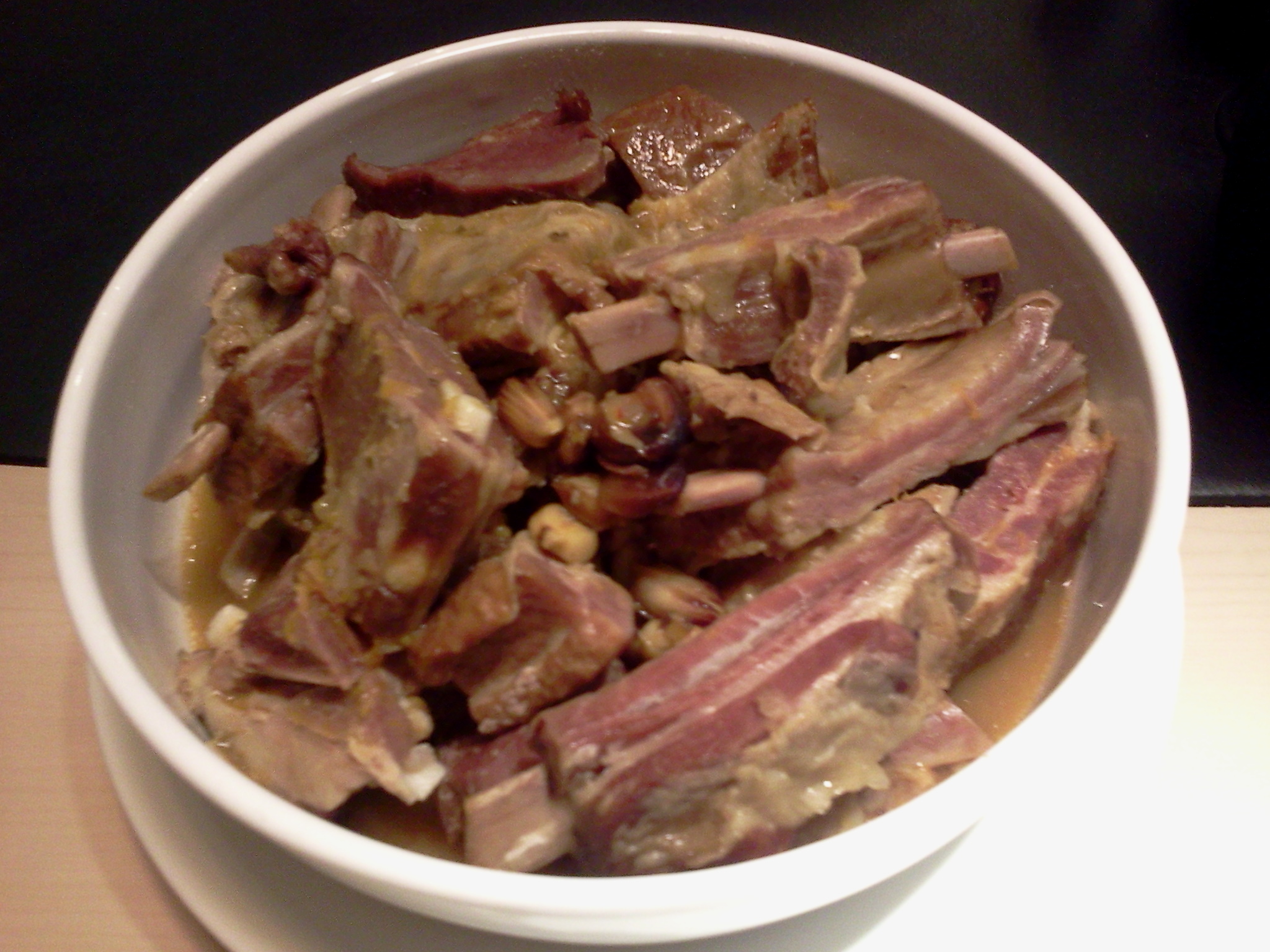 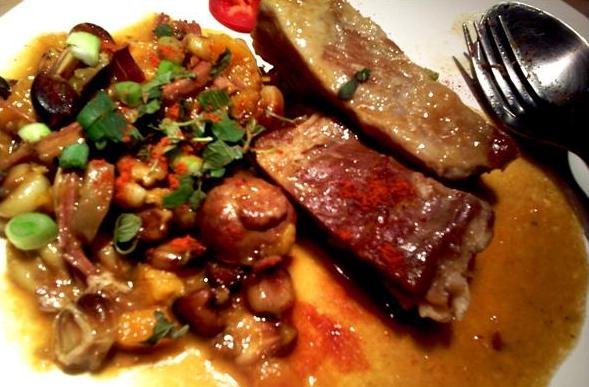 Previous Post: « Tip of the Week: How to Cut Onions without Crying
Next Post: Cooking Glossary – In Simple English » 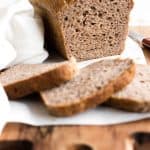 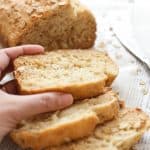 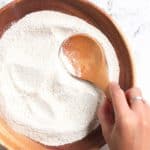