It’s been a week since we’ve settled into our new apartment.

Its brown parquet flooring, white walls and modern furniture reflect a clean, spacious apartment; and day by day, I’m growing more and more in love with it. No longer do I forget in which cupboard drawer I’ve stored my jeans; I now know the names of all the four different building doormen by heart; and more importantly, I’ve started using the kitchen and feeling comfortable in it.

For me, the mark of proof that I’ve really settled in a place is when I’ve warmed up enough to actually cook a proper meal in the kitchen.

A meal which involves cutting, slicing, stir-frying, and then switching on the oven, even if it’s warm and humid outside – evidence that we have indeed really transitioned into spring, and that summer is soon on its way here. 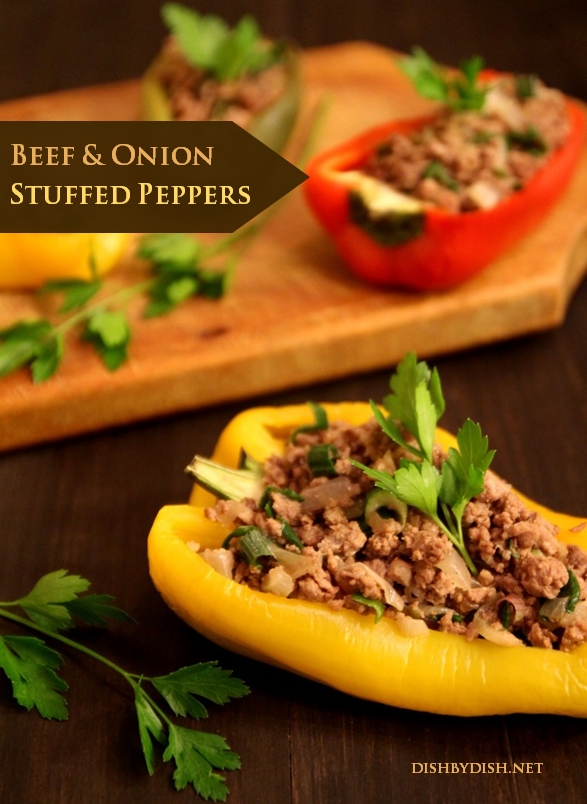 One of the things I’m still struggling to get used to is menu-planning.

Because neither Juan nor I like to repeat our dinners during the same week, it does take some effort to think up of interesting ideas that won’t simultaneously rip a huge hole in our pockets.

Here’s where I’m calling all the innovation in the universe to fill up my cooking mind, particularly because I’m also trying to cut down on carbohydrates in general, for health, and the muffin top that is threatening to make its appearance.

So….Thank God for this amazing cookbook. 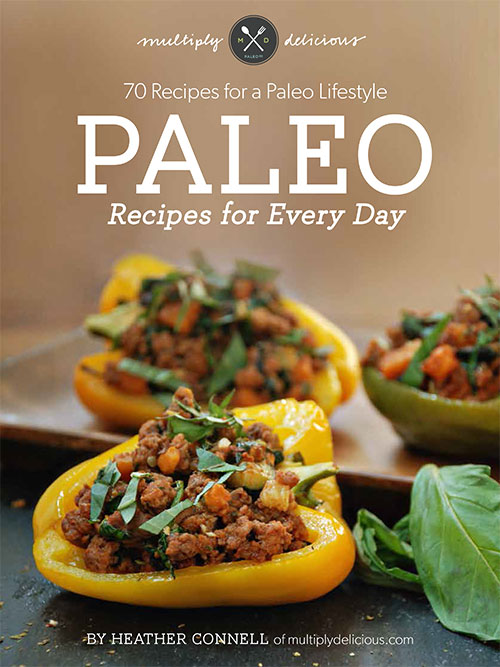 A month ago, I bought the Paleo Recipes for Everyday cookbook by Heather Connell of Multiply Delicious, which I believe is going to be a big help in my kitchen.

If you’re unfamiliar with the concept of a “paleo lifestyle”, Heather explains it very well here.

In her words, “Paleo is about eating the same whole foods that were found in nature millions of years ago. These include foods that come from the land like meats, vegetables, fruits, nuts, and seeds, and foods that come from open waters like fish and shellfish. These foods are nutrient-dense and are free from all those modern ingredients you can’t pronounce.” 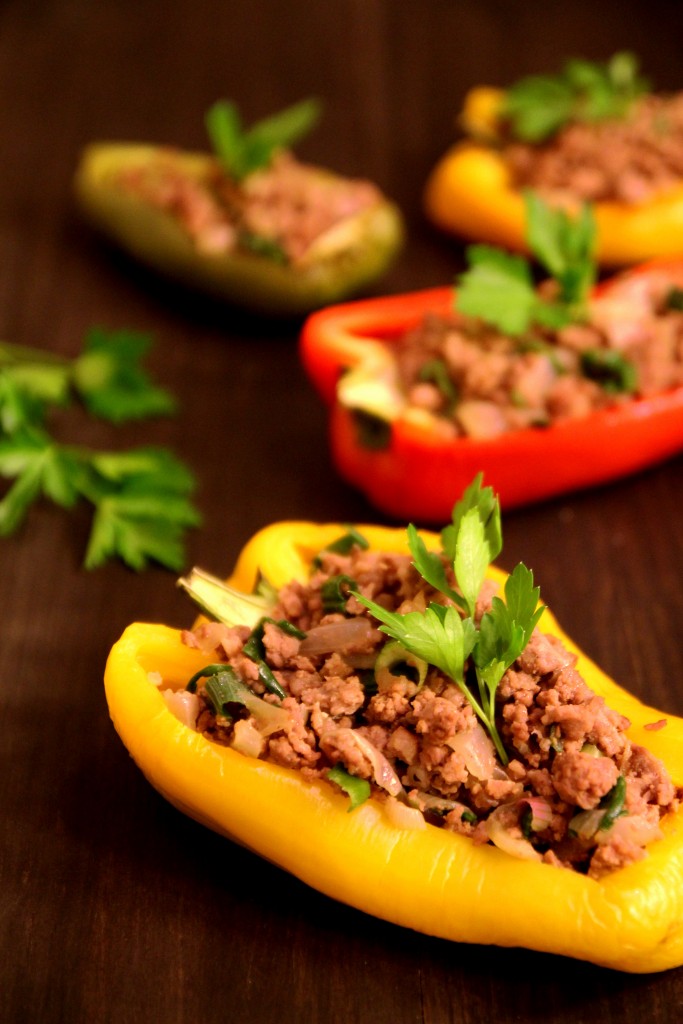 I was curious about this whole “Paleo” diet, and in flipping through her book, I found myself to be very attracted to the beautiful foods that this diet (or lifestyle rather) included.

I also realized that it’s really a matter of choice, and mindset that sometimes restricts us from changing our diets.

While I’m hoping to reduce the about of grains and processed foods in my kitchen, I know it’s a change that will take months, if not years to actually really integrate. This is mainly because of our eating palettes which have gotten so used to everything processed, and more than that, because we feel that we can’t live without foods such as breads and pastas, which really has more to do with our habits than our necessities.

For someone like me, who has grown accustomed to a diet of rice, pasta, breads and other grains such as my new love, quinoa, it seems impossible to completely eliminate them from my life in an attempt at a Paleo Lifestyle. 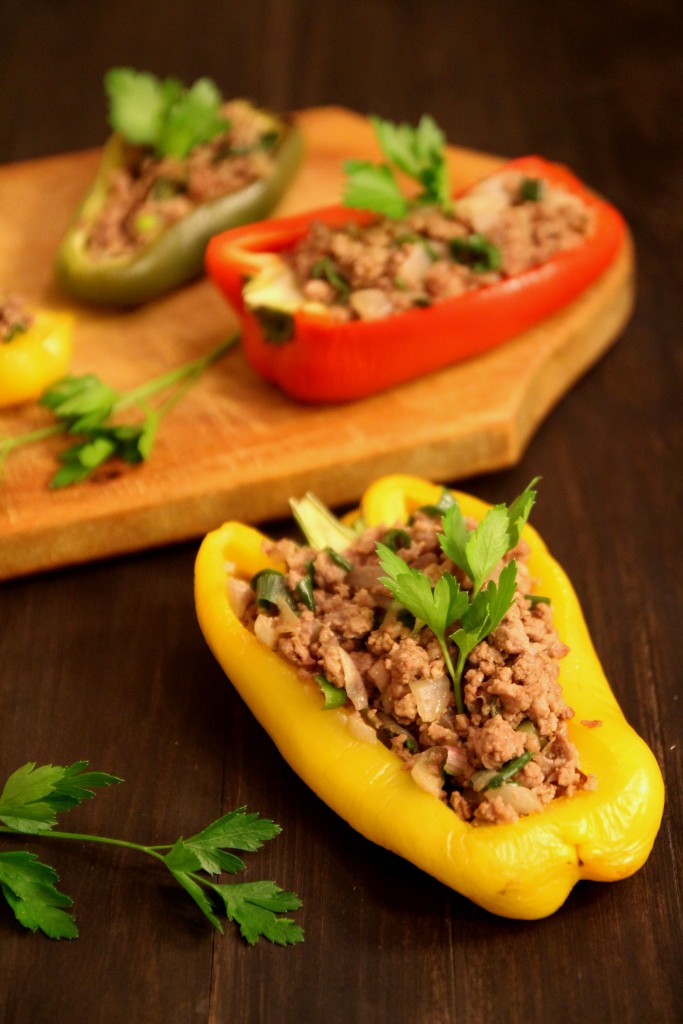 Instead, I’ve decided that I want to start consciously choosing to eat whole foods; foods which are naturally produced without any genetic modifications or factory processes that literally change the way they looks from their original state.

I know that for me to really implement a change in my life, I must first be comfortable with small changes, and in the case of food, I must find the food visually and tastefully appealing, in order to be able to incorporate the foods into my diet.

So when I saw this recipe on the front cover of her book, I knew I had to make it.

It looked so nutritious and tasty, and it seemed like that sort of all-in-one meal where vegetables and meat come together in one single dish.

Best of all, I loved the colors of the bright bell peppers being used in the recipe; because more than anything, I start off my meals eating with my eyes.

This is a colorful, tasty, and nutritious dish; one with the sweet taste of bell peppers mixed with chunks of minced beef and sauteed onions.

It’s savory and fresh at the same time, how amazing is that? 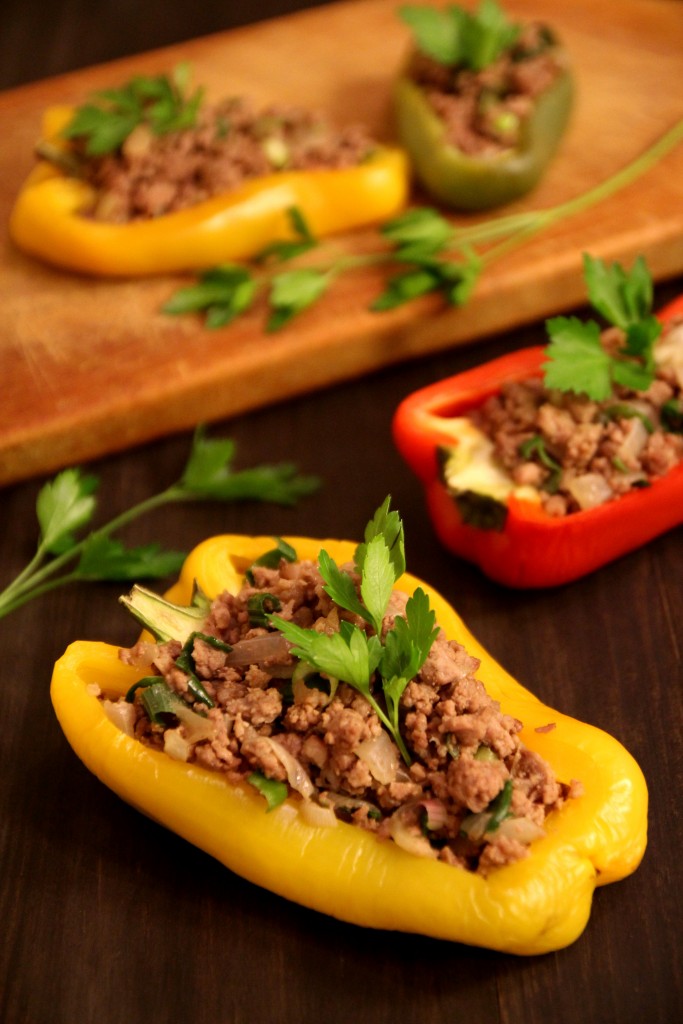 1) Wash, de-seed and cut bell peppers into halves
2) Pre-heat oven to 180 deg celcius
3) Line a baking sheet with parchment paper and place bell pepper halves face down on the baking sheet, and let them roast in the oven for 20-30 minutes
4) While bell peppers are cooking, dice onion, and chop spring onions and stir fry them in a pan, until onions turn soft and slightly caramelized
5) Add in minced beef to the onions, and using a wooden spoon, move beef around until browned and cook.
6) Add salt and pepper to taste, then remove from heat and reserve
7) When bell peppers are cooked and tender but not too soft, remove from the oven, fill with minced beef mixture, and garnish with parsley to serve 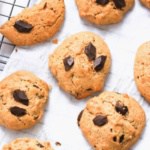 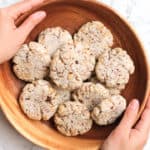 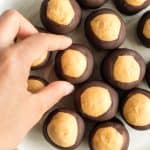