It’s been raining almost non-stop in the last three days, with the consistent pattering of the rain against the windows interrupted only for moments before the drizzle begins again.

And in between these bouts of light drizzle and heavier rain, we’ve somehow slipped into December. We’re now officially in the last month of the year.

Like the last 100 meters of a marathon, December is the month where we give ourselves the final push, until we reach the finish line to celebrate yet another fruitful year and reflect on the things that have taken place. I tend to get nostalgic at the end of the year, as the realisation that a new month this time also means changing the calendar, beginning again. 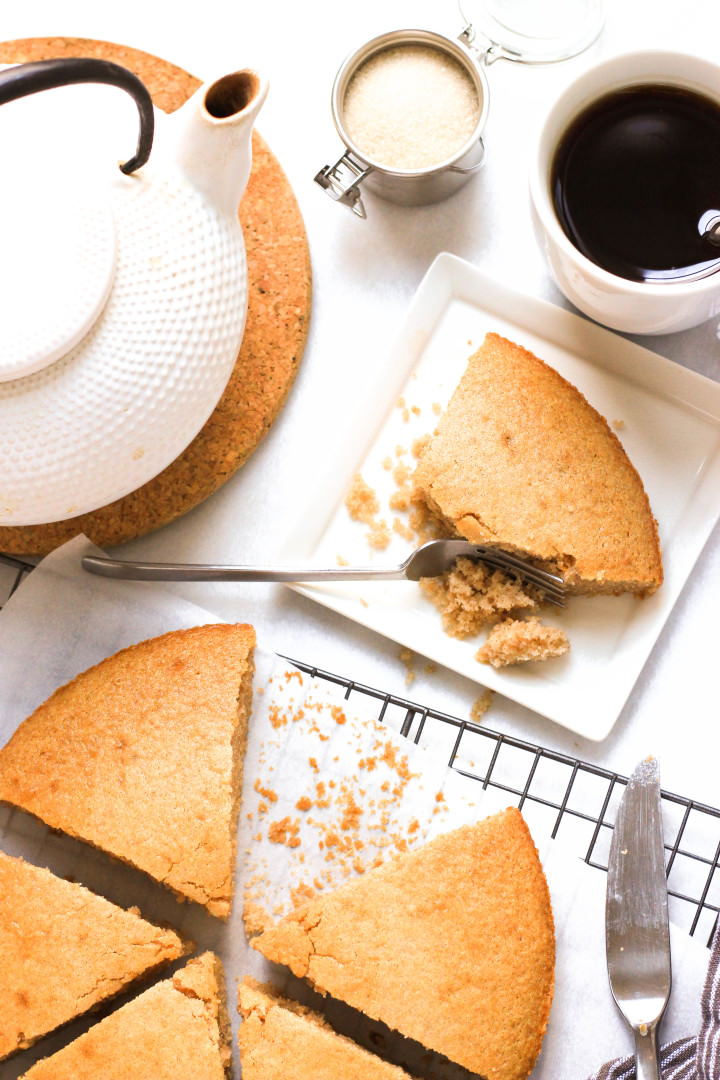 Seeing Nicole’s newsletter in my inbox this morning was a refreshing break from all the Black Friday and Cyber Monday sales pitches, and in it was a simple challenge to break away from the stereotypical resolution-making.

Instead, she urged us to find a word that would guide us through the next year. According to her, our words don’t come to us immediately; rather, they come as a result of thoughtful searching and a desire for the word to eventually reach us.

It’s a different way of looking at new year resolutions; and in this current phase of my life – where the only constant seems to be change – it makes more sense for me to have a guiding word than strictly defined resolutions.

In Nicole’s wise words, she wrote:

“Leave defined goals behind…This doesn’t mean you don’t want to reach certain milestones, but the beauty of a word means you’re less tethered to outcomes. Instead of crossing off items on a list, make decisions throughout the year based on how you feel and what you need in the moment. Embrace it.” 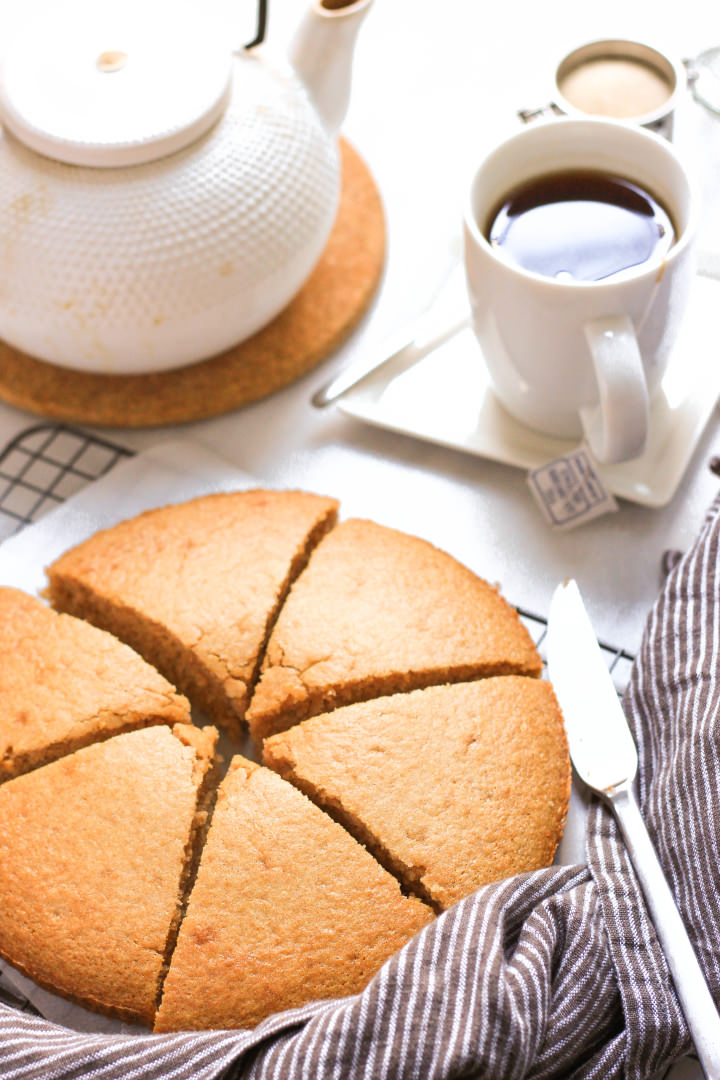 I let her words brew slowly, like the gently simmer of a tender beef stew that’s been cooking on the stove for hours, and thought about how having a word for the next year would tie in with what I want for the next decade of my life.

I told you in my previous post that I want the next ten years to be crafted around four themes: focus; less fear; growth and kindness.

So at least I’ve already narrowed down my choices. But which of these four exactly will be my word for the next year? 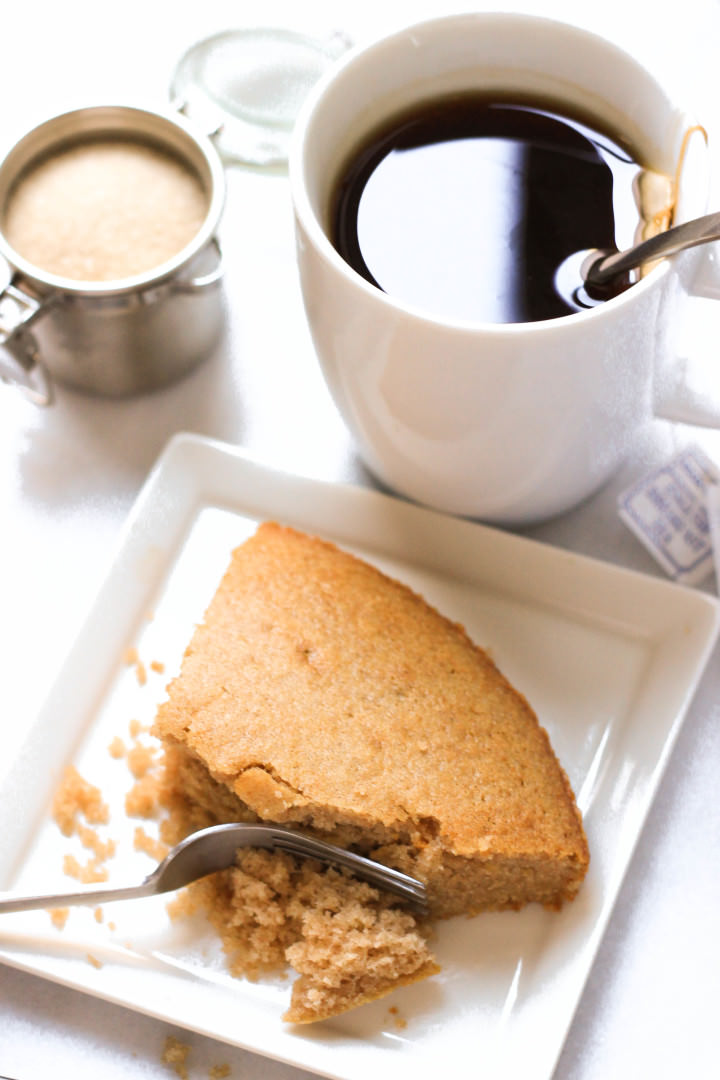 In light of the sad passing of my dear Aunty Catherine this August, I made up my mind that no more days or months or years will go to waste.

And I hope that choosing a word to guide me through my days –  a reminder of what I’ve set out to become, rather than simply do – will help me to live each day with purpose and lead a life worth living. 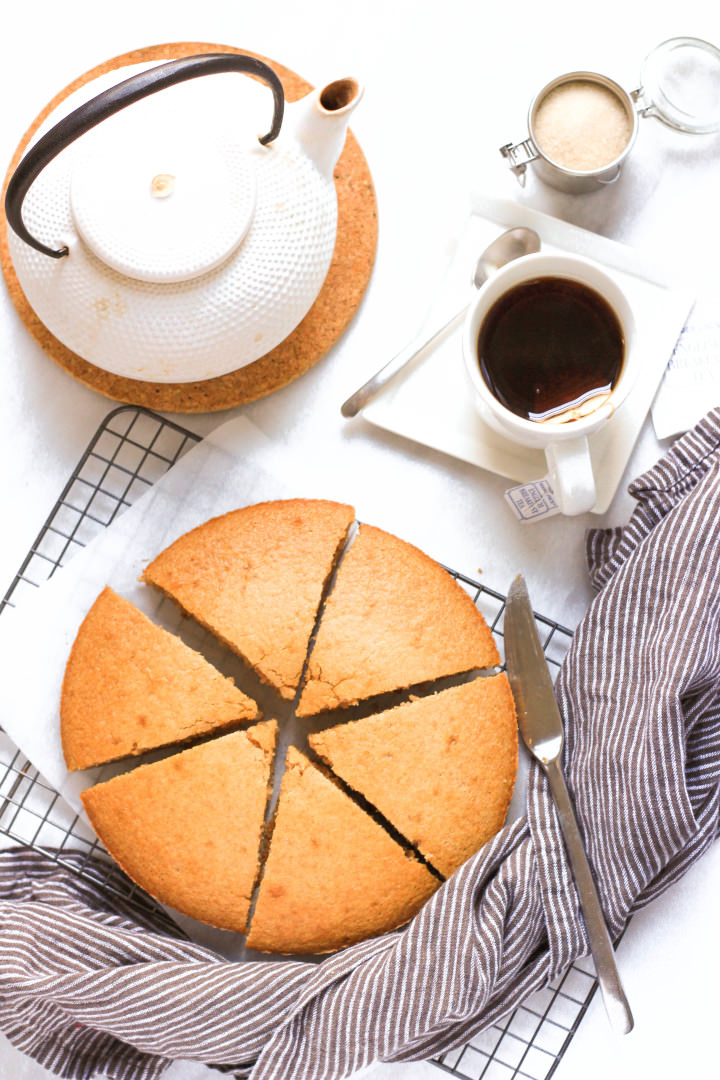 A reflective mood calls for a soft, subtle slice of cake to go along with a steeping mug of tea, and right now, I can’t think of a cake that would be better company than this cinnamon coffee cake, a gluten-free version of a recipe that I saw in the Winter/Holiday 2015 issue of Edible DC.

Light brown from the ground cinnamon, this cake is just slightly sweetened, is made in just 30 minutes, and has a delightfully moist crumb that leaves you wanting more.

Have a bite and let’s think of our words together, shall we? 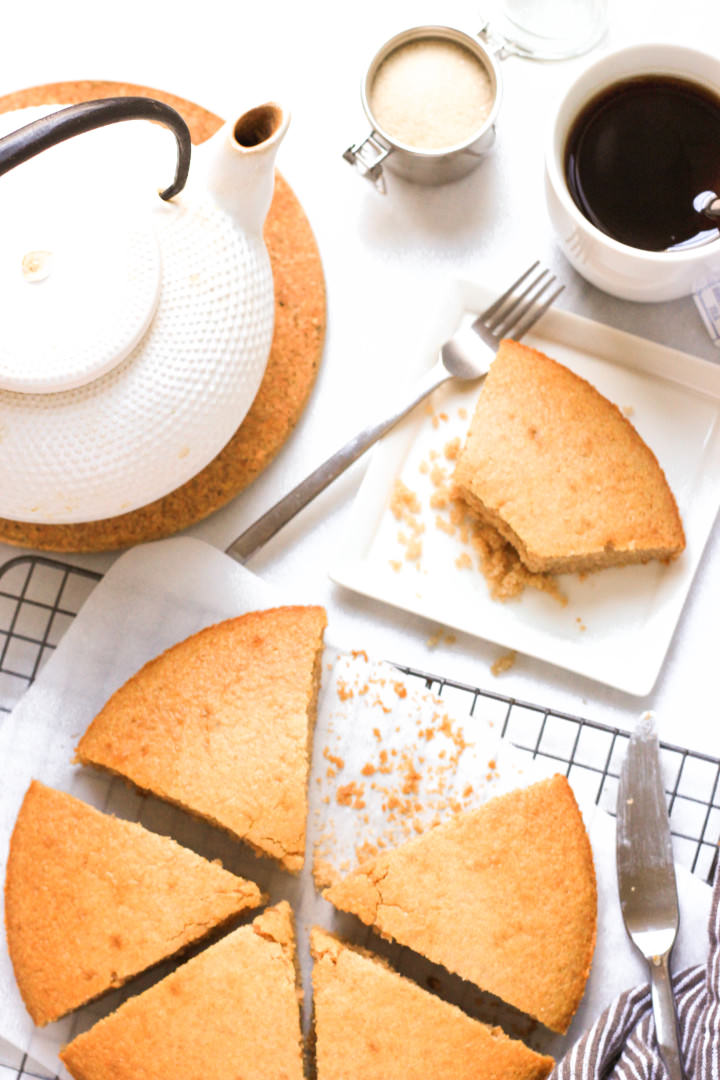 This gluten-free cinnamon coffee cake is just lightly sweetened, is made in 30 minutes, and has a delightfully moist crumb that leaves you wanting more.