“Until one is committed, there is hesitancy, the chance to draw back. The moment one definitely commits oneself, all sorts of things occur to help one that would never otherwise have occurred.

Whatever you can do, or dream you can do, begin it. Boldness has genius, power, and magic in it. Begin it now.” 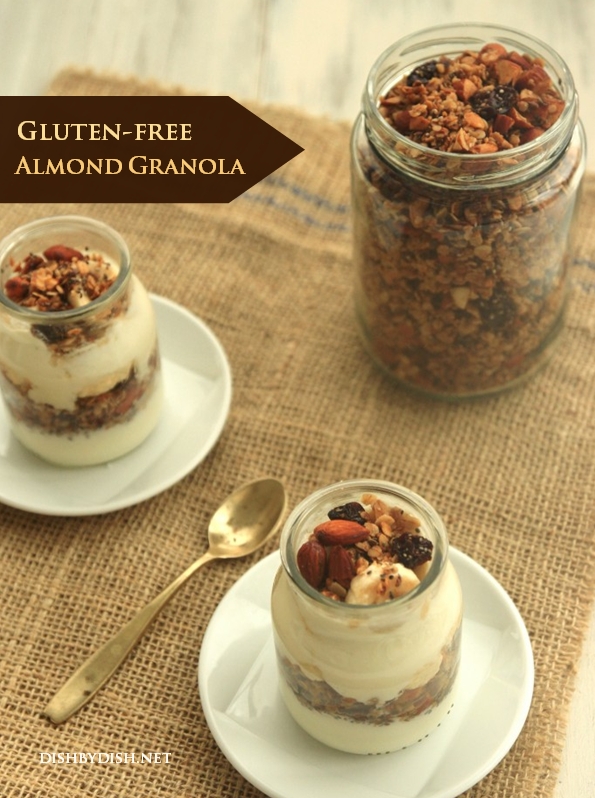 A few weeks ago, Anna from The Yellow Table announced that she was going to bake 200 jars of granola to help raise funds for her friend Bri’s cancer treatment. I jumped at the chance to do a good deed and donated to support Bri, and so did many others. (I didn’t claim the granola, and it didn’t matter anyway, because I just wanted to do something for Bri.)

Within a week, all 200 jars of granola had been sold, with all donations made to Bri. Above all, I was amazed at the level of commitment Anna had to making a project come to pass, and at the fact that she was bold enough to plan something that seemed so large and impossible. 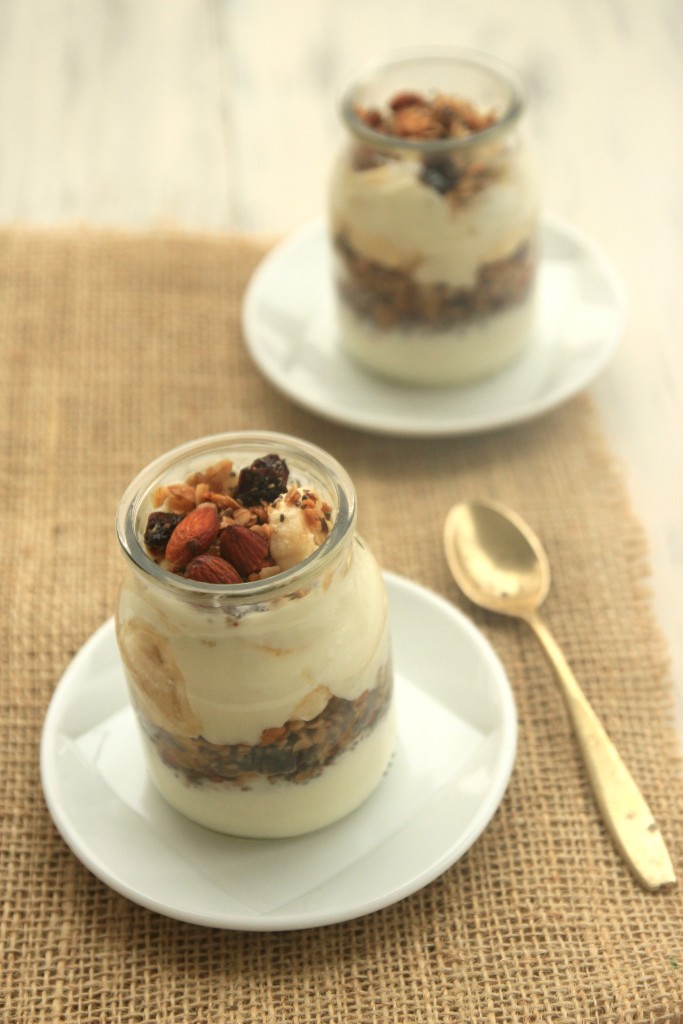 I’ve always admired dreamers – those whose dare to dream big and think up thoughts that others may deem impractical or ridiculous. 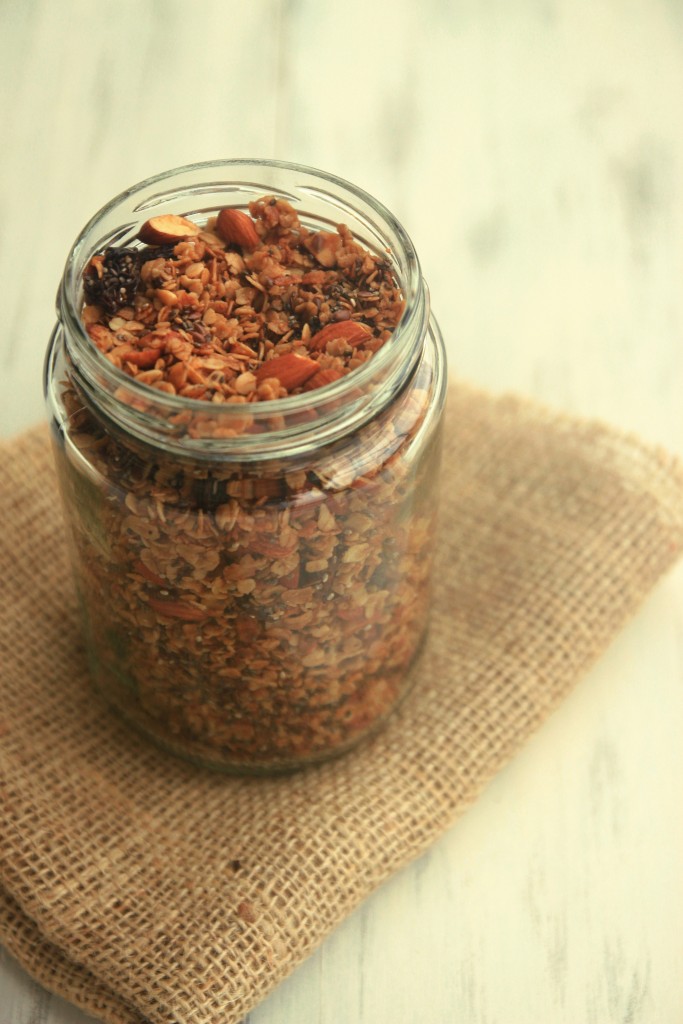 So when I saw Anna reaching out to her blog readers and asking us for help (money-wise), to help Bri, someone we did not even know, I felt impacted. 200 jars seemed like an incredible amount of granola, and how many people would donate? But Anna made it happen, and I think Geothe’s quote above helps put things in perspective. 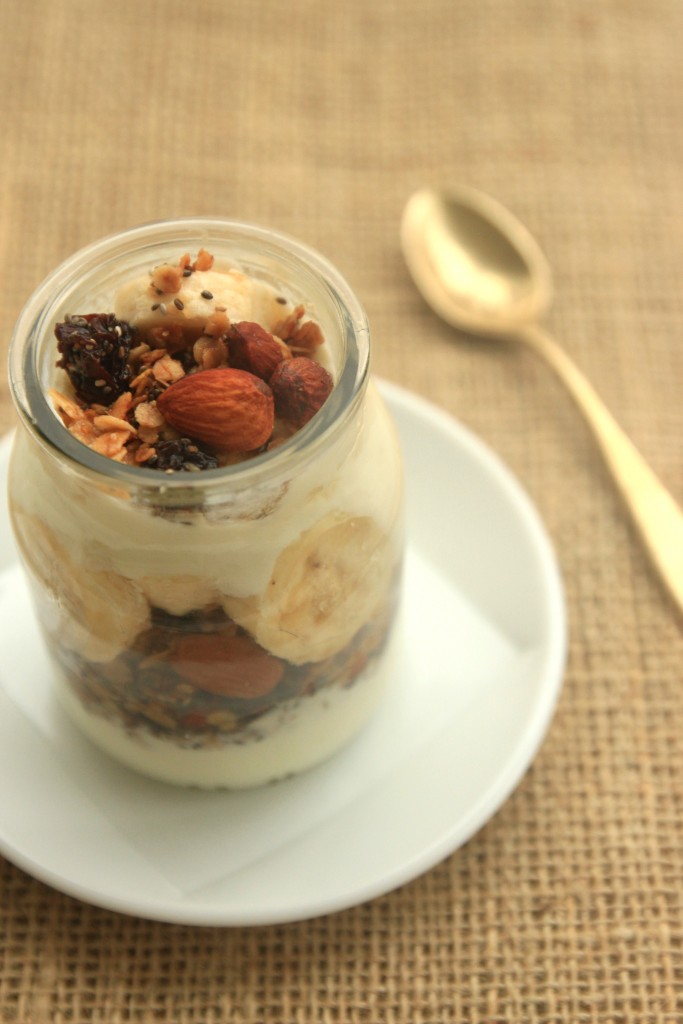 I consider myself a dreamer – I have big dreams of becoming a writer whose words will leave an impact on those who read them; and I have dreams of travelling the world (Europe in particular).

But what I need to be, more than anything, is a doer.

I’ve seen it take place first hand; and know that when you set your heart to something – despite the possible obstacles and difficulties there may be, or the fact that the odds are clearly not in your favor – the very act of committing to making it work will tip the balance closer to you. 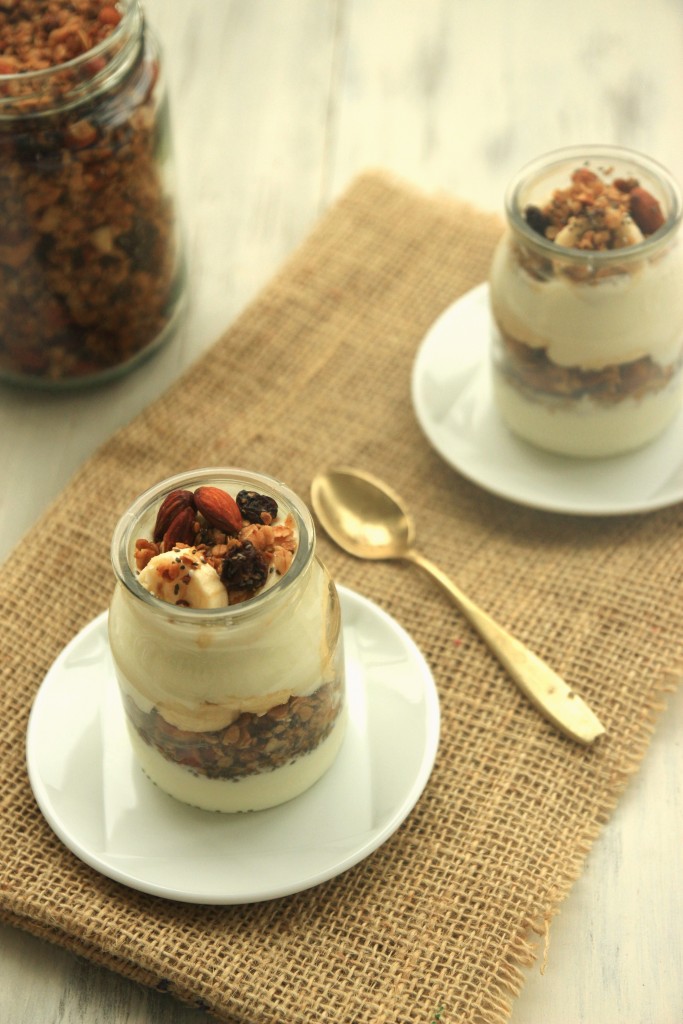 Sometimes it’s just talking to people who are supportive and telling them your dreams – announcing definitively to the world what your intentions are, making sure there is no way you can back down from what you’ve said.

Other times it’s the very act of searching online and finding resources that will bring you closer to your dream; like planning out your Europe road trip, or buying less dresses and putting that money away for the day you’ll buy your plane ticket. Most times, it may be just practicing what you know and doing it day after day, month after month, year after year, like I do with writing this blog twice a week, until I am ready to be a writer. 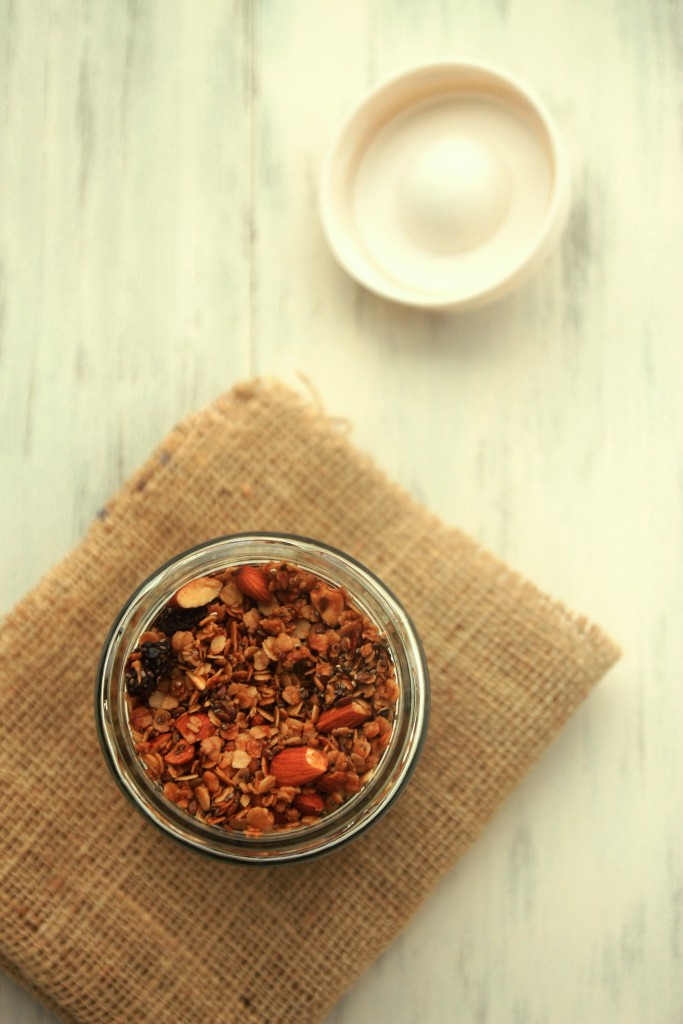 And then, maybe the Universe really starts conspiring to help you achieve your dream; doors start opening up where previously they seemed locked; and then the magic happens.

But for all that to take place, you’ll first have to begin.

Start something, anything, but just begin.

I think first steps are always the hardest, most difficult and the scariest, but it’s the power of the first step that sets the journey in motion. 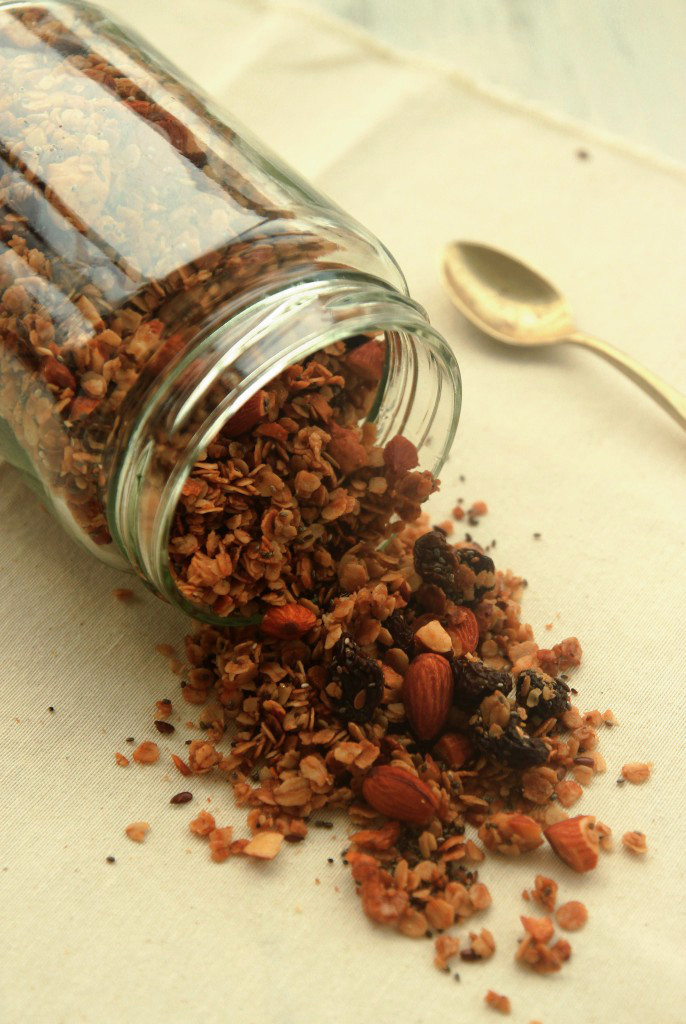 I made a slightly adapted version of Anna’s granola last Friday, and as the aroma rose from the oven and filled the house, I thought about Anna and her project to help Bri.

As I pulled out the tray of granola from the oven and stirred the mixture of oats, nuts and seeds, then put it right back in to bake some more, I marveled at the fact that she decided to just do it. 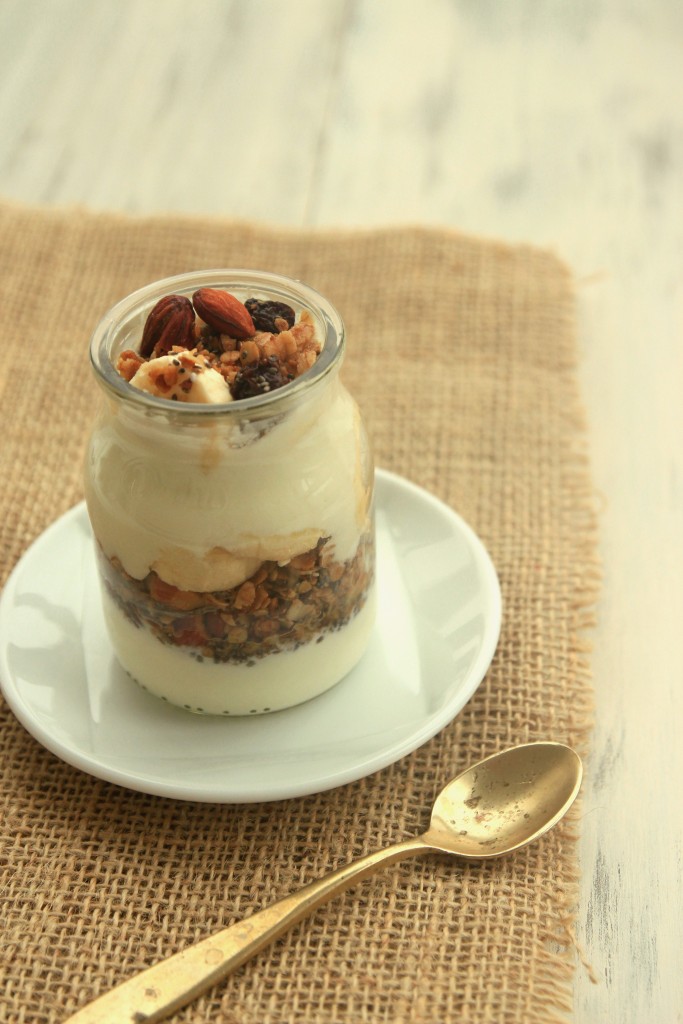 And today, when I read the quote above, this imperative order to “begin it now”, I feel amazingly empowered. 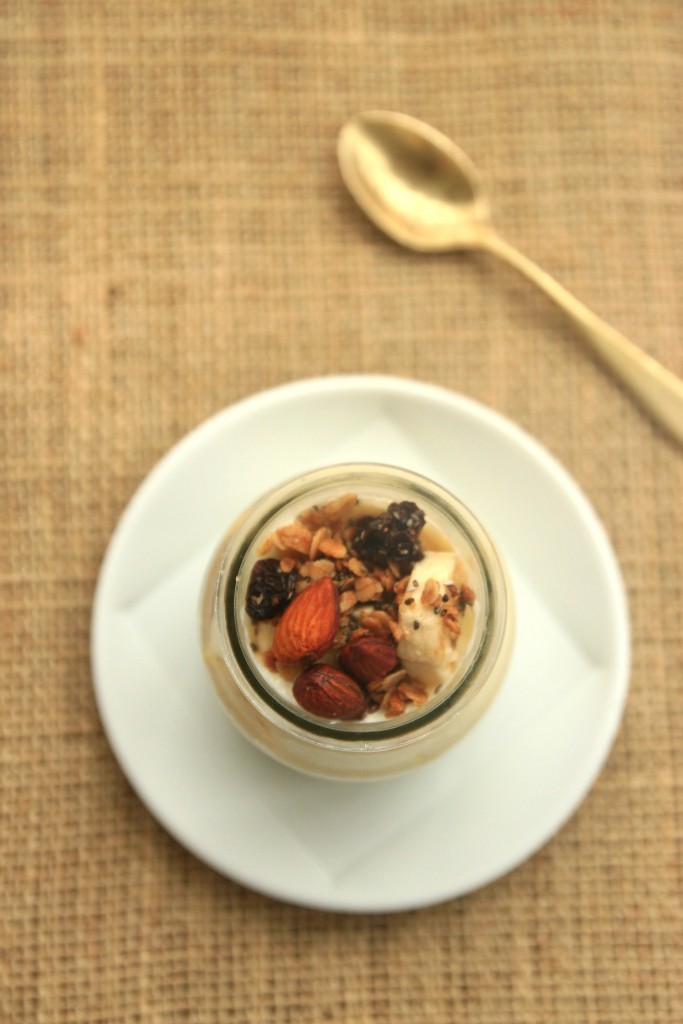 Whatever you can do, or dream you can do, begin it. Boldness has genius, power, and magic in it. 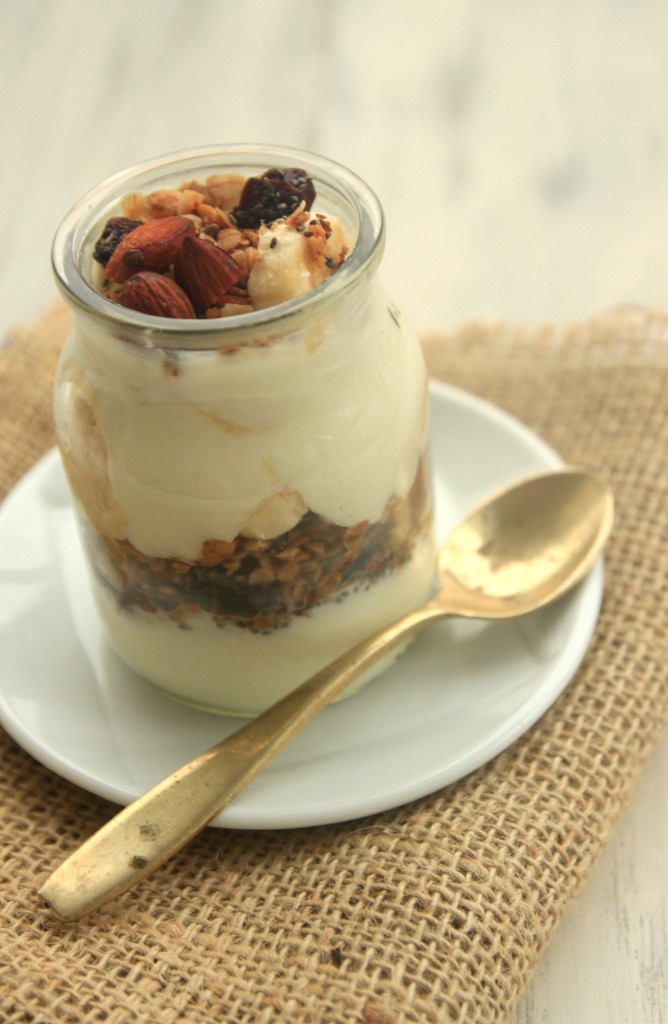 1) Pre-heat oven to 300 deg Fahrenheit (150 deg cel)
2) Line one large baking sheet (0r two medium baking sheets) with parchment paper
3) In a large bowl, combine the oats, chia seeds, flax seeds, raisins, almonds and other nuts, and mix well
4) In a smaller bowl, whisk together the honey, light brown sugar, melted butter and cinnamon until smooth and sugar has dissolved
5) Pour the honey mixture over the dry ingredients and stir well until you get a homogeneous mixture
6) Pour the mixture over the baking sheets and spread evenly with a spatula, then season lightly with sea salt
7) Bake for 15 minutes, then stir the granola gently (to make sure all sides are cooked)
8) At this point, you may need to switch the baking sheets (if you are using 2) so the granola cooks evenly
9) Bake for another 15 minutes, then stir again, before cooking for a final 15 minutes or until golden brown
10) Remove granola from the oven and place on cooking racks until completely cool and crisp
11) Store granola in air-tight containers at room temperature. Granola can keep for several weeks.
12) To make a granola parfait: spoon some fresh Greek yogurt onto the bottom of a bowl, then pour some granola over, and then top with fresh fruits (I used bananas), and sprinkle some granola on top for garnish 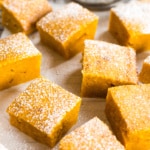