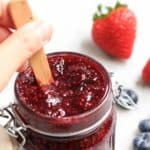 I hear the light pattering of rain outside, so I stop typing and strain my ears to listen and pay attention. I put a pot of water on to boil, place a tea bag into my mug, and then I wait. As the water simmers gently in the pot, I start to wonder, when did this all begin?

I do a quick mental calculation, and memories are triggered. It started ages ago, when I was still a little girl, long before the seed was sown into my heart. In unexpected moments of my childhood, I found a secret garden; a treasure cove; a place of sacred solace and beauty – one whose very existence keeps me sane.

I’m not quite sure if you can say that I found it; instead I believe that it found me. More accurately, it chose me, because despite occasional neglect and inconsistent effort over the years, it still accompanies me at all times.

Even though I’ve re-located from Asia and made a home here in Buenos Aires, it doesn’t matter. In fact it doesn’t matter where I am on this earth, because writing never left me and I know it never will. While there have been particular moments of my life that I’ve forgotten to work at it, or given myself time to nourish it, writing has consistently been my antidote to almost everything.

In my early teens, I attended English class with Mr. Tom Iley every Saturday at the Morris Allen Study Center. The center was located at Katong Mall, just a short drive from my place, and when my dad dropped me off at the front door, I’d enter class excited because the exercise of writing made my heart skip a beat.

Later on, when Ms. Vanessa started giving me English tuition classes at home, I loved the essay writing homework that she assigned. During those moments of writing fiction, I found myself immersed in a world where I had sole control over the characters and their fates. I would write stories about blond-haired, blue-eyed men stealing the hearts of beautiful girls, and let my imagination run like wild horses.

When my Aunty Esther sent me an invitation to create a LiveJournal account at the turn of the century, I finally took my writing online. After setting up my profile, choosing a blog name, and writing a quick post, I hit the “publish” button for the first time in my life.

It was liberating and exciting. This being able to put my words out there for anyone to read was addictive, and an adrenaline rush poured through my veins each time I published a post. I practiced writing, without more than just a handful of people reading the blog. Yet it didn’t really matter at all.

During my university years, I took a short hiatus from all of that. Having new friends and a full schedule somehow made me temporarily forget about it. When I returned to writing a few years later, it felt a little rusty at first, but after a few minutes, it was like chatting with an old friend again, and we took up where we left off.

You could say that the four years that just went by was the period where I’ve dedicated the most time and effort to writing. When I first launched this blog, I’d set a goal to write at least once a week, and over time I returned to the familiar territory and space of beauty once more.

You see, I’ve learnt that writing, as it is with other types of craft, will always give you much more than you put in. It returns a harvest way more bountiful than the seeds you sow in the ground, every single time.

It’s the kind of investment that my financial controller dad would approve wholeheartedly of, and recently I was fortunate enough to be given the chance to grow even more in writing.

I’d always said that I wanted to write better and deeper, but it was only this year that I realized the importance of being part of a close-knit and generous writing community and having people to guide you through this journey.

When  Nicole Gulotta launched her inaugural writing e-course last month, I leapt at the opportunity. She wrote the course to help writers create a sustainable writing practice, and it was exactly what I was looking for.

I first met Nicole through her literary food blog, Eat this Poem – where she fuses recipes with poems – and after reading her articles  and newsletters week after week for the past few years, I’ve come to consider Nicole a friend, even though we’ve never met in real life.

In the past few weeks since I joined her Wild Words Collective writing community, I’ve confirmed that Nicole is a writing coach who is both encouraging and gives practical bite-sized advice.

Nicole’s words are as calming as a warm cup of tea, but also empowering, and while her Write Where You Are course will only kick off next Monday, I already know that the next four weeks will be a turning point in my lifelong pursuit as a writer.

I am convinced that the more I put into the course during this coming month, the more I will grow as a writer.

The water is boiling fiercely now and I snap back to reality. I switch off the flame and fix myself a cup of tea. I grab a piece of toast as well, slather it generously with the mixed berry chia seed jam I’d made a few days back, and with my energy high once more, I return to writing.

This mixed berry chia seed jam is probably one of the best recipes I have in my arsenal. It’s so ridiculously simple, comes together in forty minutes and tastes as beautiful as the freshest berries of the season.

All you need is a pound of fresh berries (the freshest you can get your hands on), a scant half cup of sugar and a bit of chia seeds. Combine berries and sugar in a saucepan over medium-low heat, mixing well to combine and stirring occasionally as the mixture simmers over the next thirty minutes.

When you see that the berries are starting to break down, use the back of a fork to mash them even further. Once the mixture has become a thick jam, add in the chia seeds and mix for another thirty seconds before removing the saucepan from the heat. Allow the jam to cool completely – it will thicken as it cools – before  you transfer it to a glass jar. The jam will keep for up to a week in the refrigerator, but I highly doubt it will last till then.

Thick, rich and sweet with the season’s best berries, this mixed berry chia seed jam beats store-bought jam hands down. Plus it’s also gluten-free and vegan. This jam goes so well on toast. Be generous because it really is that good.