In the last two weeks since I last wrote, I’ve barely had the time to sit down and relax.

After a weekend of saying goodbyes to the other interns from Juan’s workplace, we took the 7am bus on Monday, the 21st of December, which ran straight towards New York and dropped us off at Times Square. Between that Monday and the next when we returned to DC, we had plenty of rain but also plenty of fun, soaking in the drizzles and the vibes and charm of the Big Apple.

I’ll be posting about our second trip to NYC sometime soon, but for now, one day before 2015 ends and the new year swings itself in, I’m taking a few quiet moments to sit down and reflect. 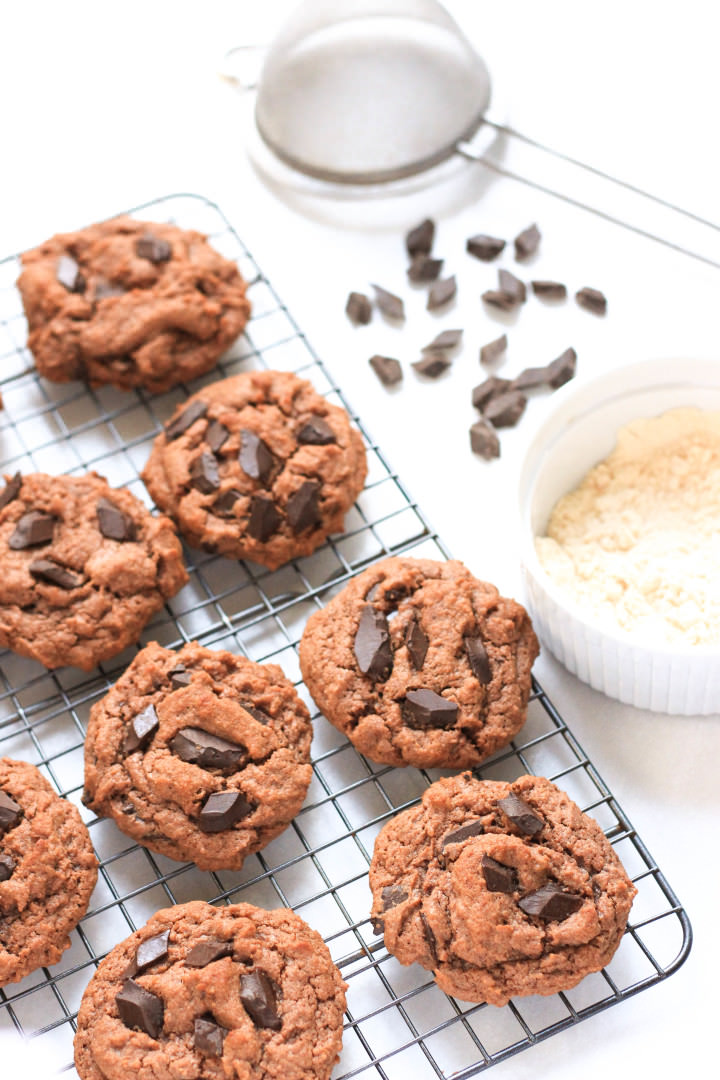 2015 has been so many things – joy, sadness, excitement, new life and unfortunately, death. There are so many things that I could focus on, but as we end this amazing, eventful year, I choose to focus on all the good and beautiful things that have taken place.

A year ago on 25th December 2014, I almost lost my mum in an unexpected heart attack; today she is healthier than before, and living her new retired life with gusto and a fresh can-do attitude. Juan and I also spent four amazing months living abroad in Washington DC during his internship at the Organization of American States. While we are sad to leave, we also believe and hope that we’ll be back here soon. I’ve spent time and effort developing my growing career as a freelance writer, food blogger and photographer, and give thanks that I’m now beginning to see the fruits of my labor.

There is so much abundance, so much love, and there is simply so much to be thankful for. 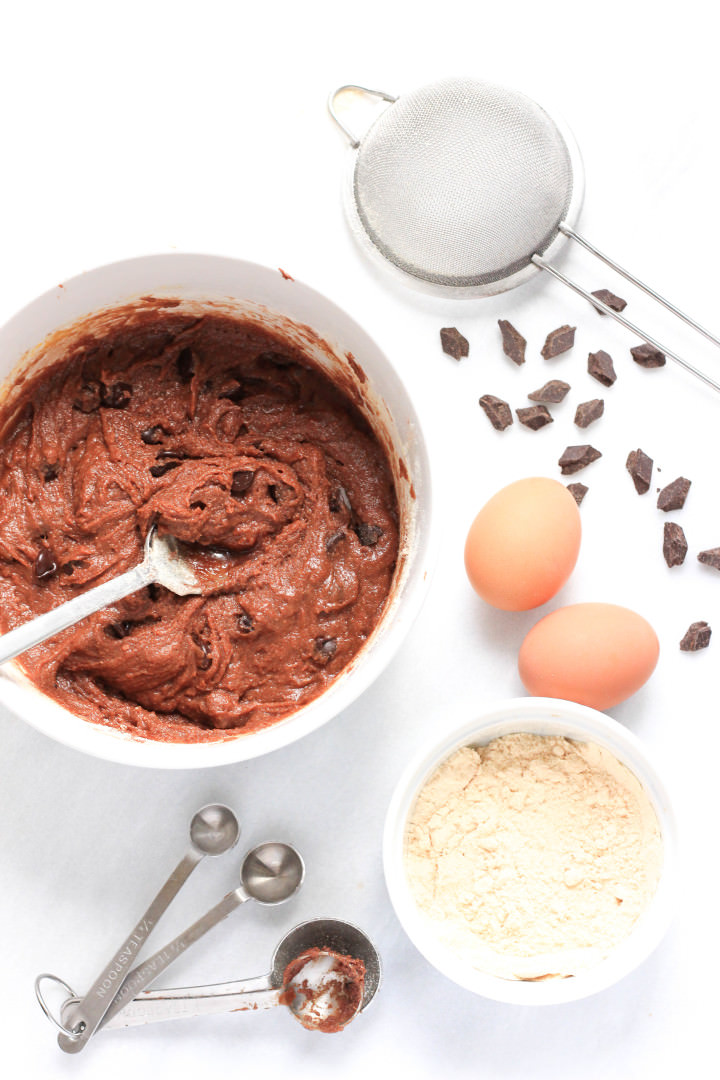 There is still uncertainty though; we’ll be re-locating back to Buenos Aires next week, and have to start the search for another apartment yet again. Career-wise, there are a couple of options, but I don’t know how things will pan out. In situations like these, it’s easier to doubt than to trust, to complain of what we lack instead of to appreciate what we do have.

But I’ve learnt that we usually always have more than enough; we only think we don’t. I’ve also learnt that only when we start looking at the abundance that we have in life, can we then start becoming a blessing to those who really are in need. 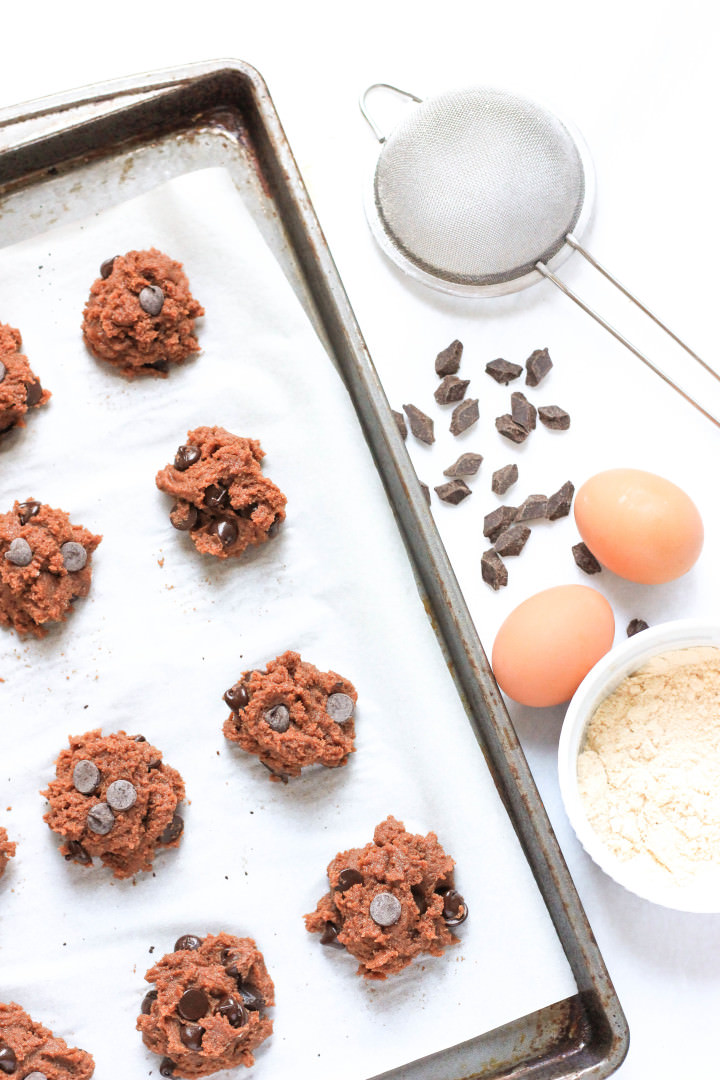 We started a Christmas time tradition this year – we baked cookies and made ham and cheese sandwiches and walked around DC giving out food to the homeless on the streets. We’d done something similar in Buenos Aires last year together with my friend Mechi, and we wanted to continue doing it this year.

Juan and I strongly believe in the spirit of giving, and the Saturday before Christmas, we braved the chilly winds and handed out the food to whoever wanted it. It made us feel warm and fuzzy inside. 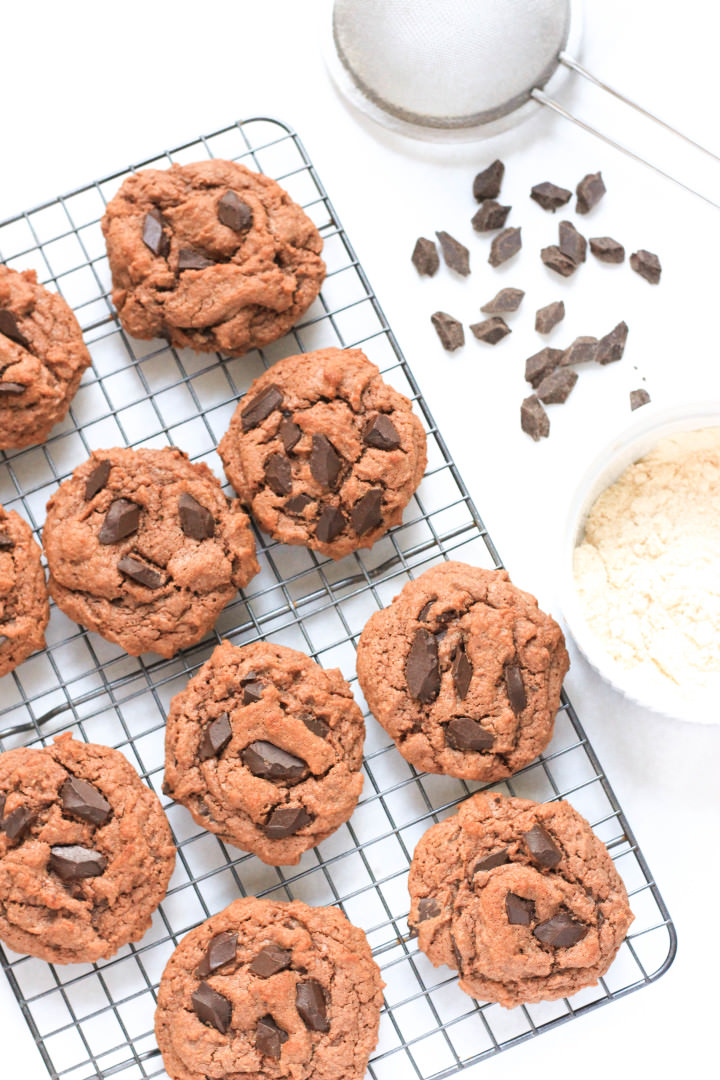 I wanted to tell you about the cookies we made – these double chocolate almond coconut cookies – because so many of those who tried them told me how good they were. Our friend Bruna loved them so much she packed two of those in a piece of tissue to bring it back to her house.

I think the chocolate chunks in these cookies really make them shine, and combined with the chocolate almond butter and coconut flour used in the dough, these cookies are definitely a huge success. They’re grain-free, rich and crazy good. The perfect way to end an amazing year, or simply to start another one.

A very happy New Year to every beautiful one of you! See you in 2016! 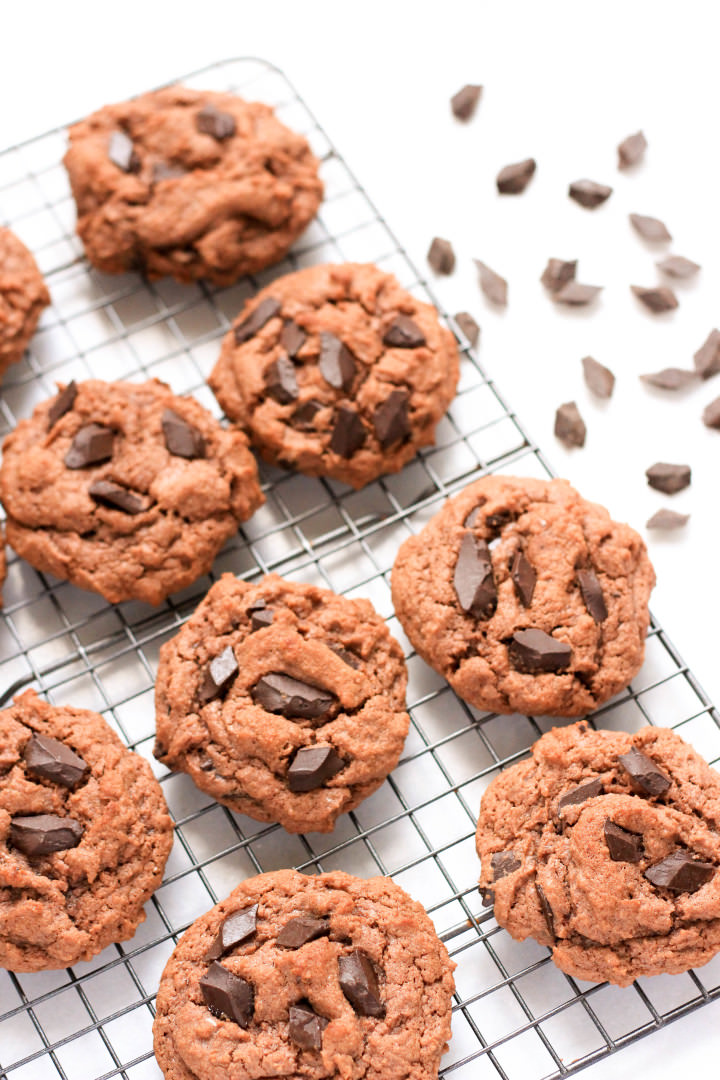 Rich chocolate chunks in a deliciously chewy, grain-free cookie dough, made with chocolate almond butter and coconut flour, these cookies are amazing.

Adapted from this recipe