Every other Thursday, I hang out with my group of Spanish girlfriends for dinner.

(These are the same girls that I’ve told you about before – the girls who form the group “Las novias de los novios Argentinos” – literally translated as “Girlfriends of the Argentine boys.”) 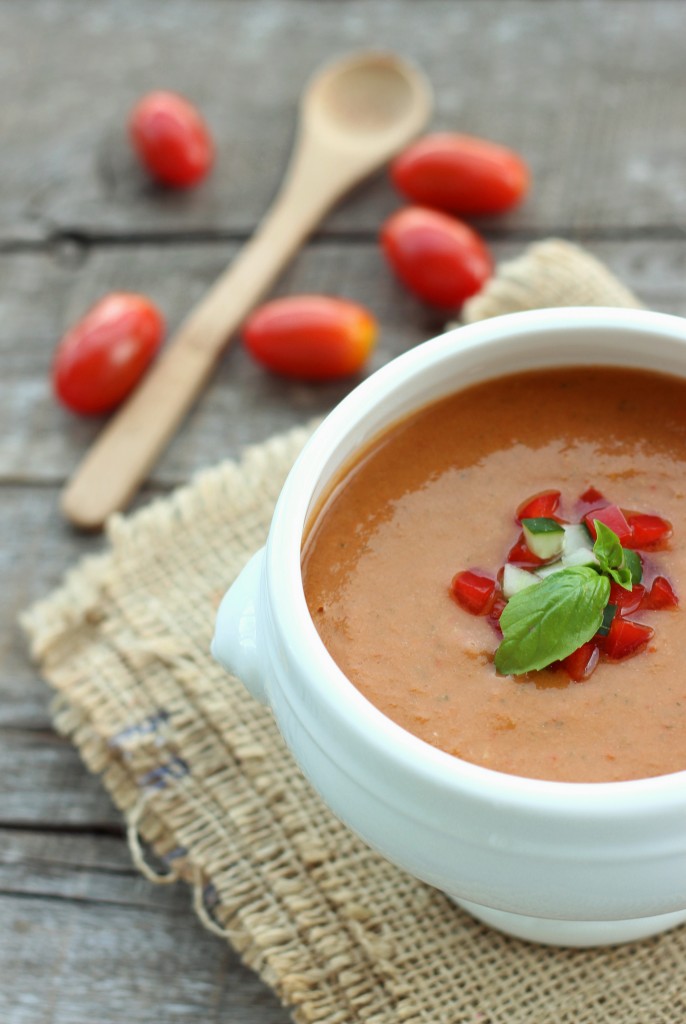 Sometimes we gather at Rosanna’s place for tapas, and huddle over her tortilla de patata y huevo, sliced ham, cubed cheese, and potato chips. Other times, it’s at my place, where I prepare something easy like this ginger shrimp fried rice for the main course or rainbow guacamole and chips for an appetizer.

The rest of the times are usually spent testing out restaurants that we’re new to, and eating delicious food, while we talk about food and eating.

To me, there is absolutely nothing more wonderful than talking about food, while eating good food in the company of dear friends. 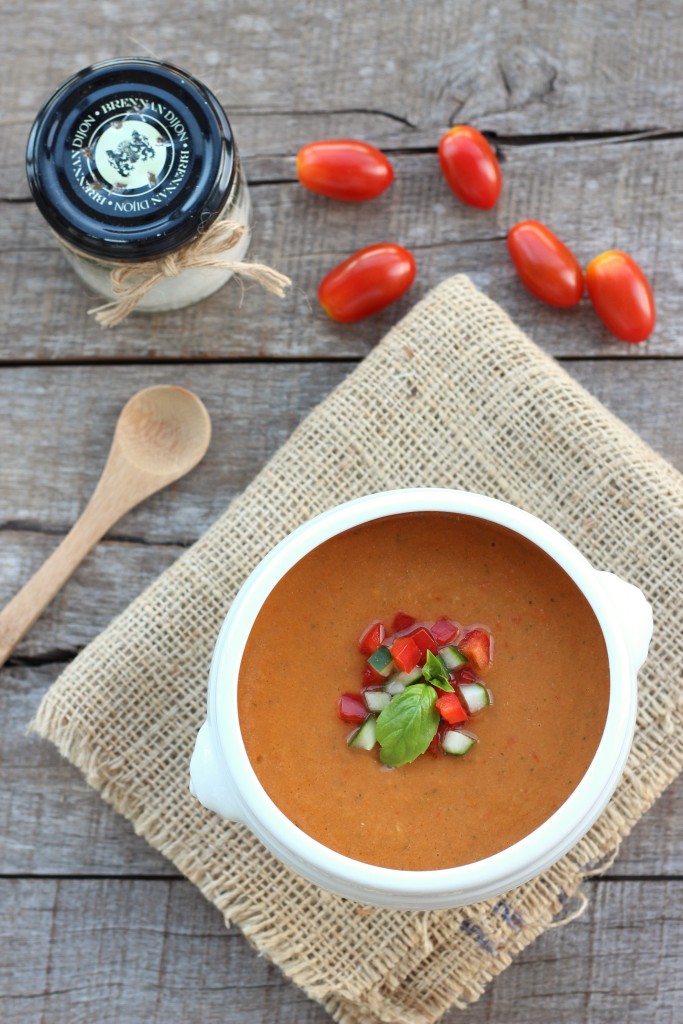 Two Thursdays ago, our little contingent made a reservation at Tiendas Naturales, and naturally, as with most of our conversations, we began discussing an important topic – food.  More specifically, Spanish food.

Since all of the girls are Spanish except for me, I quizzed them about their favorite Spanish dishes – among which they listed Serrano ham, huevo frito con patata a la pobre, seafood paella, and gazpacho.

The last dish, Patricia’s favorite, stopped me dead in my tracks. 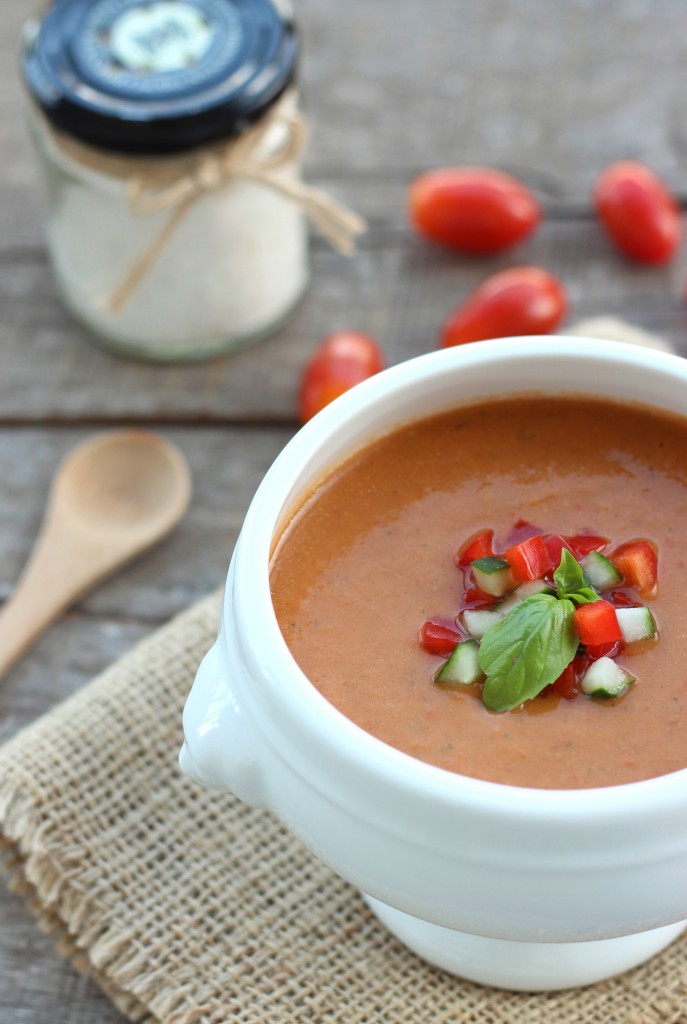 Gazpacho, an appetizer which originated from the southern Spanish region of Andalusia, is a tomato-based soup made of raw vegetables, that is later served cold.

However, according to Wikipedia, there are similar variations of gazpacho such as salmorejo, porra antequerana and ajoblanco, which are also popular in Andalusia, although their influence is not as widespread as gazpacho.

In fact, there are many modern variations of gazpacho, often in different colors, and sometimes omitting the tomatoes and bread in favor of avocados, cucumbers, parsley, watermelon, grapes, meat stock, seafood and other ingredients. 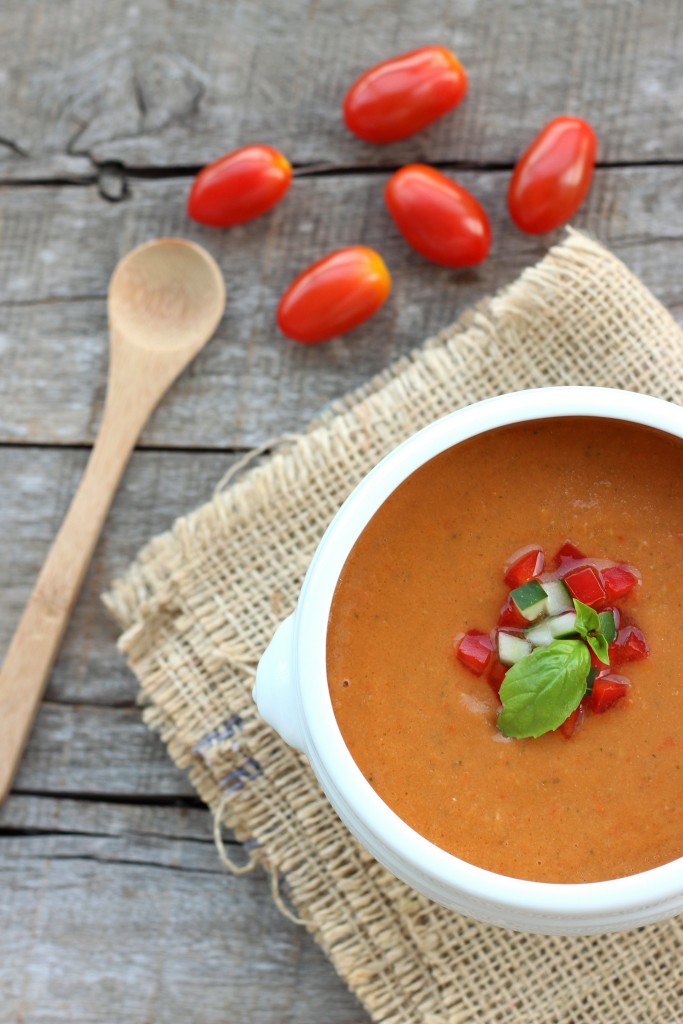 Since I’d never eaten gazpacho before, I wanted to experiment and play with a gazpacho recipe, and while searching online, found this one by Victoria Wellness.

Adjusting the recipe based on the ingredients I had on hand, I began by roughly chopping tomatoes, red pepper, cucumber, shallots, garlic, avocado, basil and parsley, then tossed the vegetables into the blender. Adding olive oil, fresh lime juice, a splash of apple cider vinegar, I let the blender do the work until the gazpacho had a smooth, creamy texture. A generous shake of salt and a sprinkle of freshly cracked black pepper gave the gazpacho just the right amount of additional oomph it needed.

(Disclaimer: Patricia, who is originally from León, where they often eat gazpacho during their hot and dry summers,  has made it clear that this is not an authentic recipe, but until she makes gazpacho for me, this will have to do. Ha!) 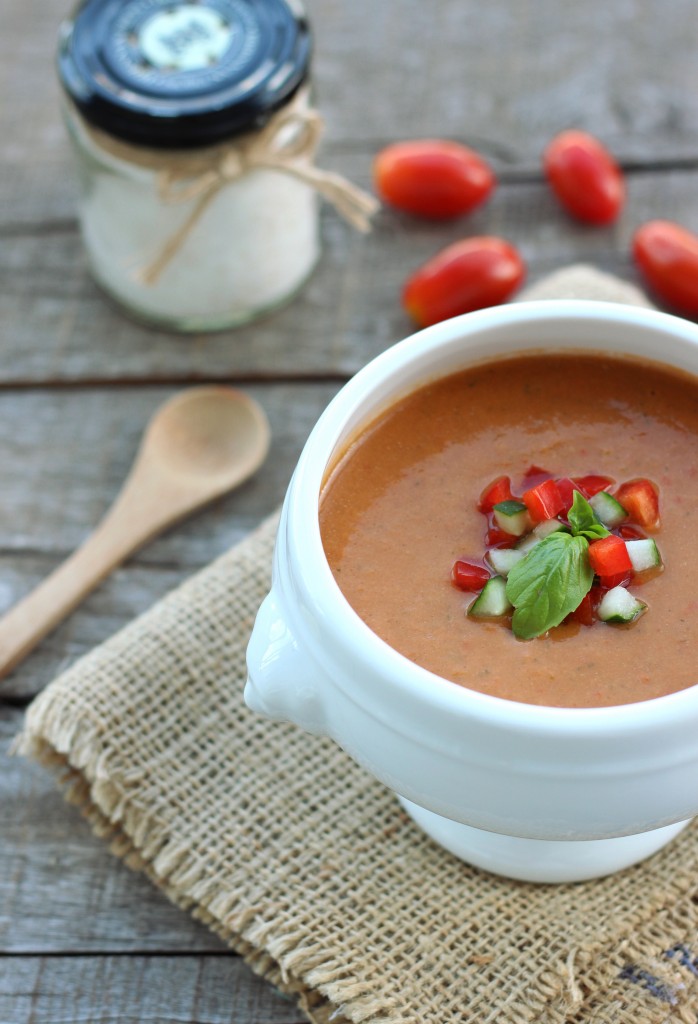 The beautiful thing about gazpacho is that there is absolutely no cooking or heat involved – all that you require are raw vegetables and a blender (it doesn’t even have to be that powerful). Once the ingredients have been well-blended, let the gazpacho chill in the refrigerator until it’s nice and cold (at least four hours).

For these hot and humid summer days, a bowl of cold gazpacho is pure delight.

Cool and refreshing, yet also pumping with so much flavor (Onions! Garlic! Lime! Basil! Parsley!), it makes the perfect summer snack, particularly when you’re not extremely hunger, but craving for something with a bit of kick.

I hope you enjoy this (not so authentic) gazpacho, wherever in the world you are! 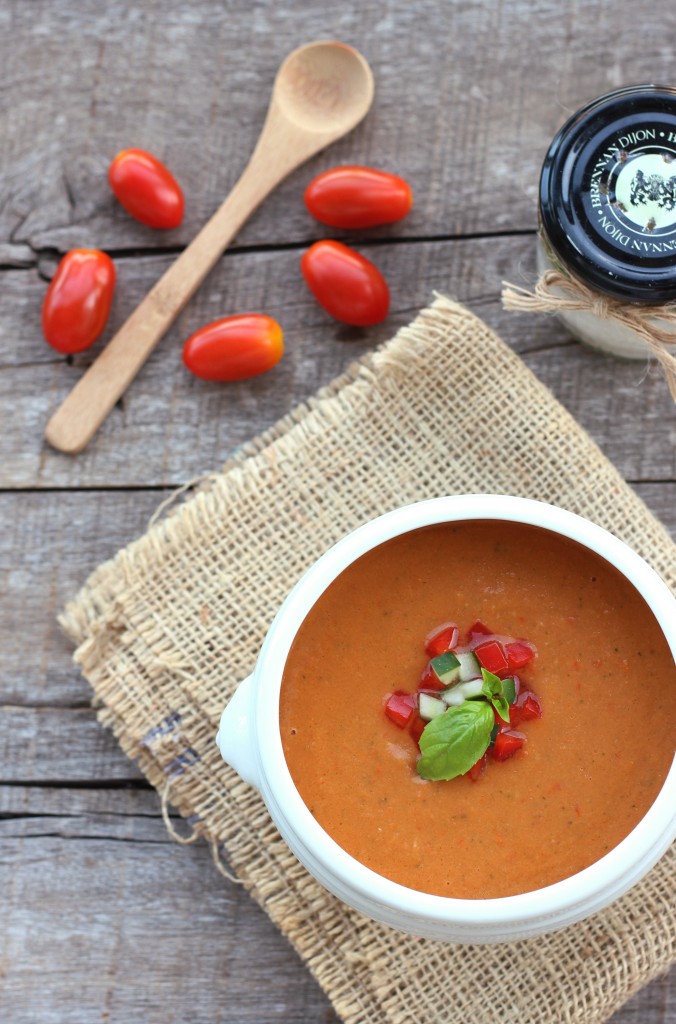 Cool and refreshing, yet also pumping with so much flavor, gazpacho makes the perfect summer snack.